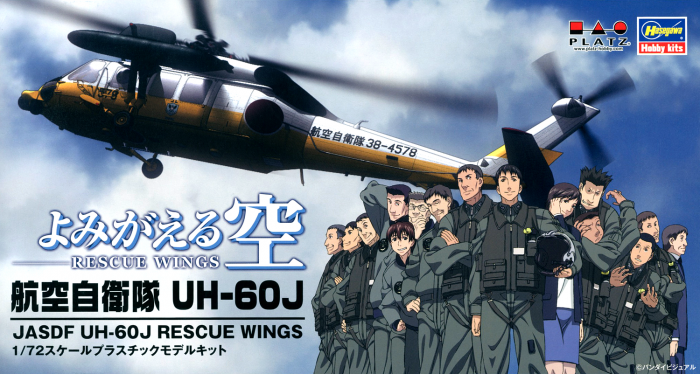 The Mitsubishi H-60 series is twin-turboshaft engine helicopter based on the Sikorsky S-70 helicopter family for use by the Japan Self-Defense Forces (JSDF).

The SH-60J/K are anti-submarine patrol versions for the Japan Maritime Self-Defense Force (JMSDF).

The UH-60J is a search and rescue version for the Japan Air Self-Defense Force (JASDF) and JMSDF.

The UH-60J is a four-bladed, twin-engine, medium-lift utility helicopter.

The "Rescue Wings" is a Japanese anime series on TV Tokyo in 2006. The main character is a helicopter pilot deployed to the Komatsu Rescue Squadron, a unit of the Air Rescue Wing of the Japanese Air Self-Defense Force (JASDF).
​THE KIT:

Platz and Hasegawa are prolific model companies based in Shizuoka City, Japan. They make all manner of model subjects in the popular scales.

This kit came un-wrapped in a blousy tray and lid type box. The box is 4" too long.

It has a white spine over a yellow undercarriage, a black anti-glare panel in front of the windshield, black no. 578 under the cockpit and black Japanese lettering and serial no. 38-4578 on the rear fuselage sides, a yellow horizontal band on the rudder. black windshield framing and green tanks on side pylons and burnt-iron color exhaust ducts.

One side panel says "About this kit" in English, then it is all Japanese text below this. Platz's web address, telephone and FAX numbers are provided, along with their street address in Shizuoka City, Japan.

​The other side panel begins with 2 color photos of the model made up in the box art scheme, followed by "This is a plastic unassembled scale model kit, glue and paint are not included, some parts are extremely sharp, handle carefully, do not use near fire while using glue and/or paint. Suitable for age 15 and above". In Japanese, English and some French. Copyright of the kit is 2018 and the kit was made in Japan.

Two flyers are included in the kit for the Rescue Wings series and another one I am not familiar with. 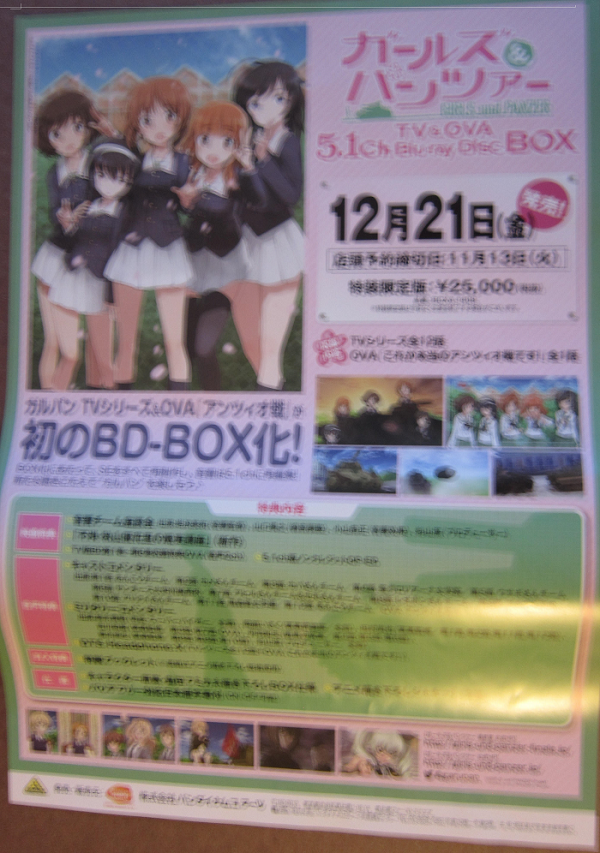 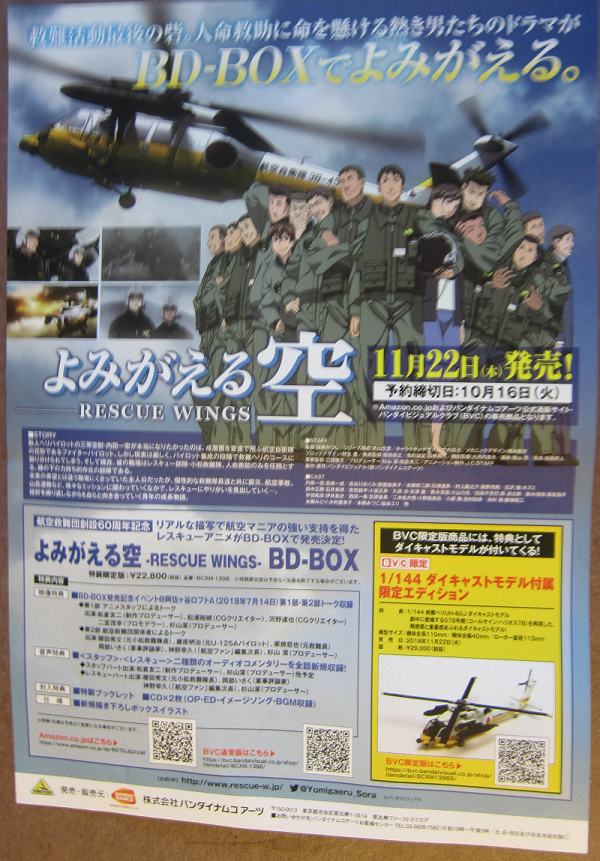 The decal sheet is in a cello has a tissue to protect its face from scratching.

The instructions consists of a staple-bound booklet of 8 pages in 7" x 10" page format.

Page 1 begins with a black and white photo of the model made up in the box art scheme, over what I believe is the history of the UH-60J, but it is all in Japanese only. There is some general instructions in English and Platz's phone and FAX numbers and their e-mail address.

Page 5 is the parts trees illustrations. Some parts are shaded-out in these illustrations as being excess and not needed to complete the kit.

Across pages 6 and 7 is a 5-view line drawing of the UH-60J calling out part numbers.

Page 8 is the painting and marking guide.

At the top is a paint color listing of GSI Mr. Color and Testors/Model Master brands of hobby paints, over two 4-views of the UH-60J.

The top view is the box art scheme (already described above).

The bottom view is of the UH-60J as being all white  with only the national Japanese roundels as markings. 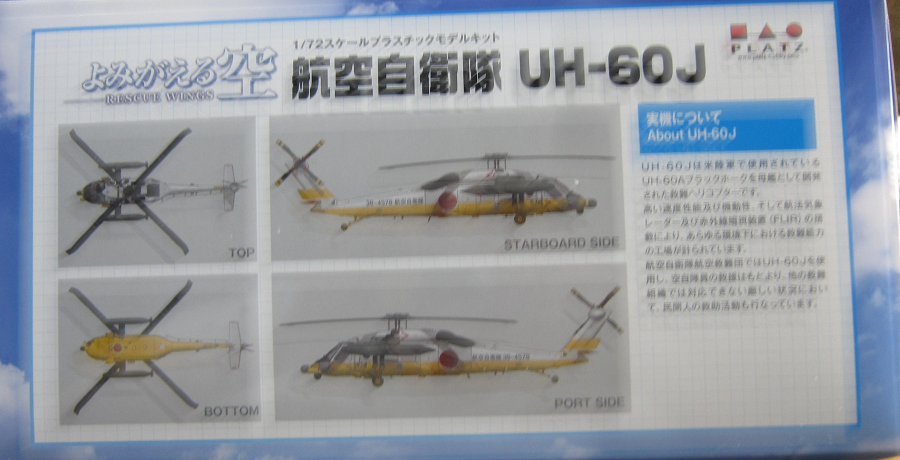 ​Chalk-white tree letter A holds: a fuselage half, the elevators, cockpit doors, 4 rifles, 2 machine guns and a pilot figure with 8 separate arms etc. (18 parts) The rifles, machine guns, pilot and arms are all shaded out as being excess. (15 excess parts) 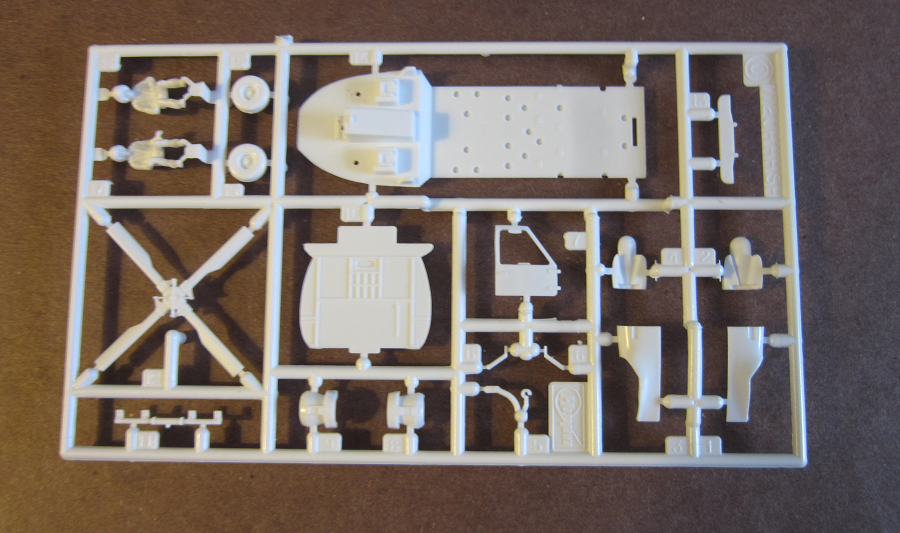 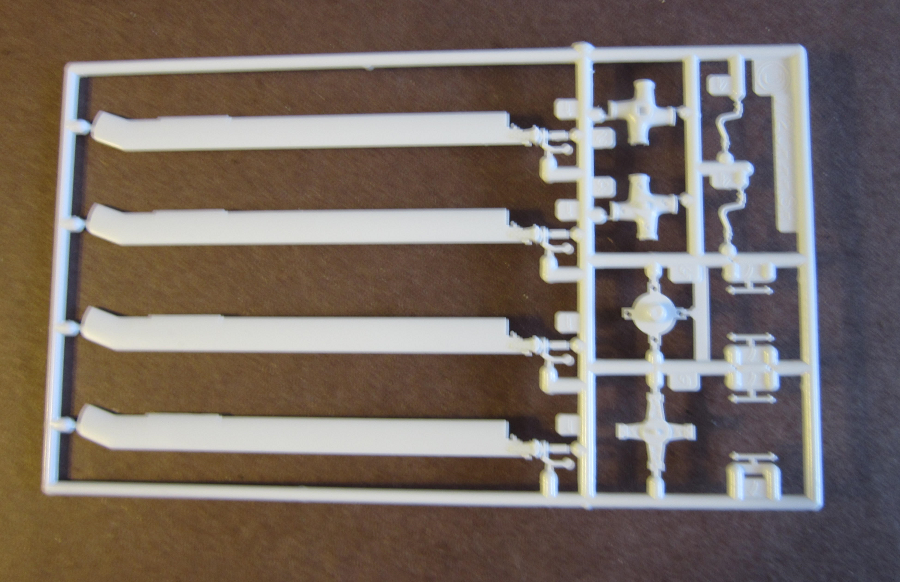 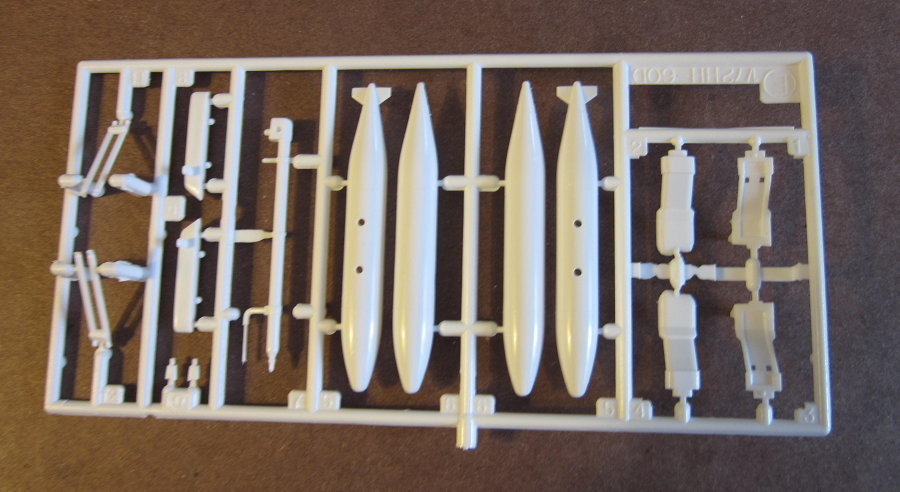 ​Trees F & G are co-joined to each other.

There is no H or I tree. 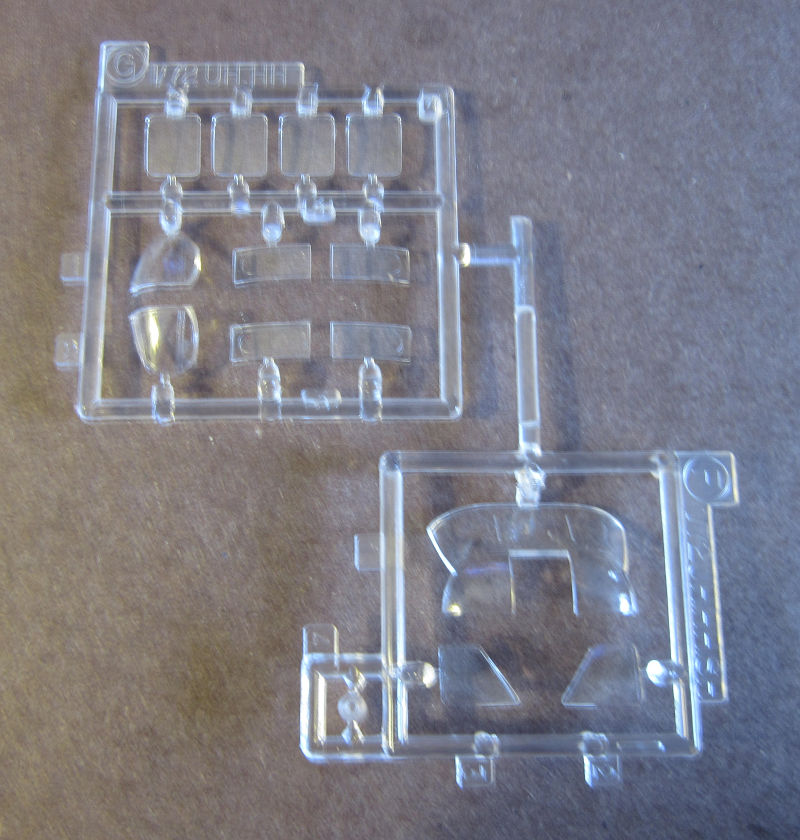 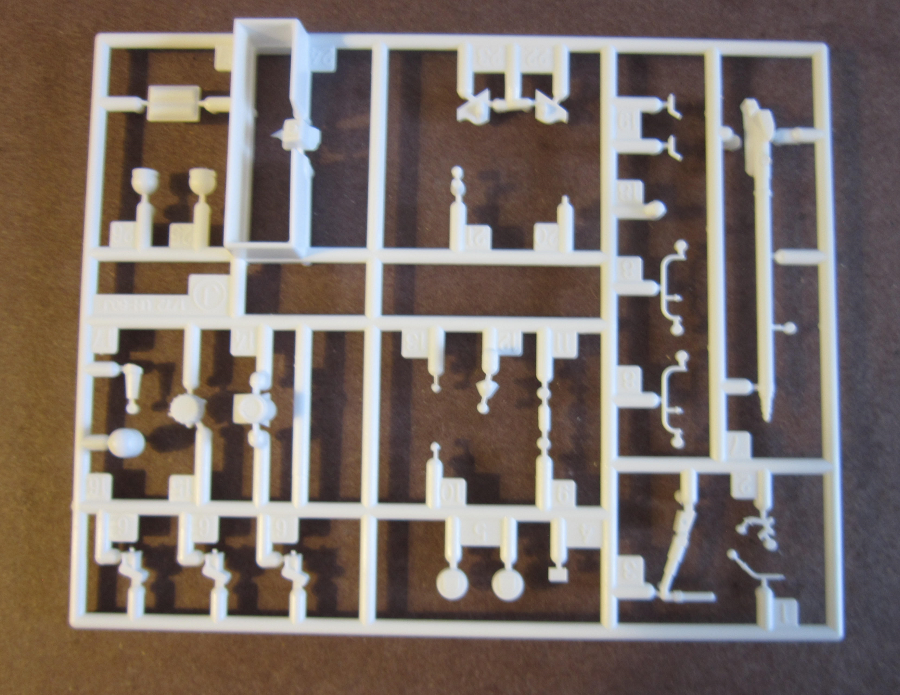 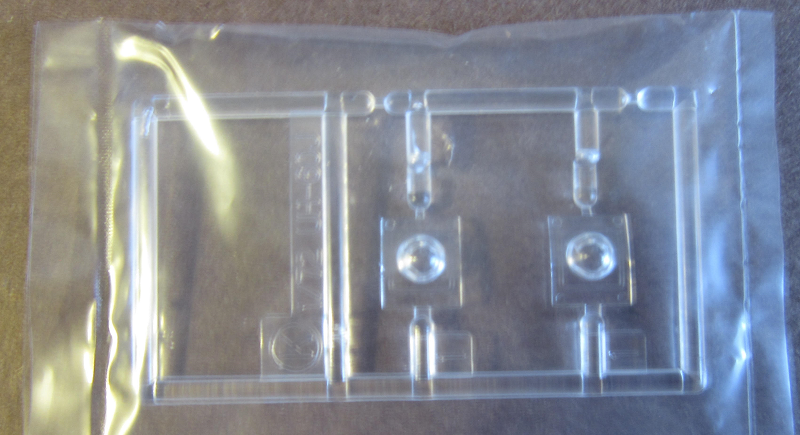 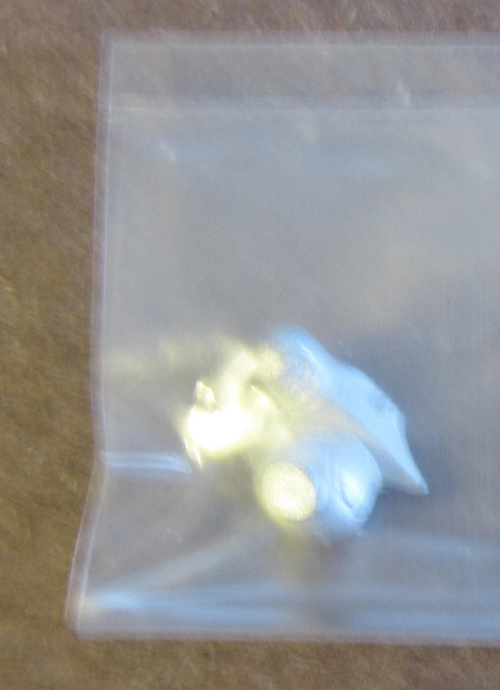 ​The decal sheet and a poster that is all in Japanese with anime figures on it completes the kits contents. The decal sheet has a tissue to protect its face from scratching. It includes a lot of stenciling. 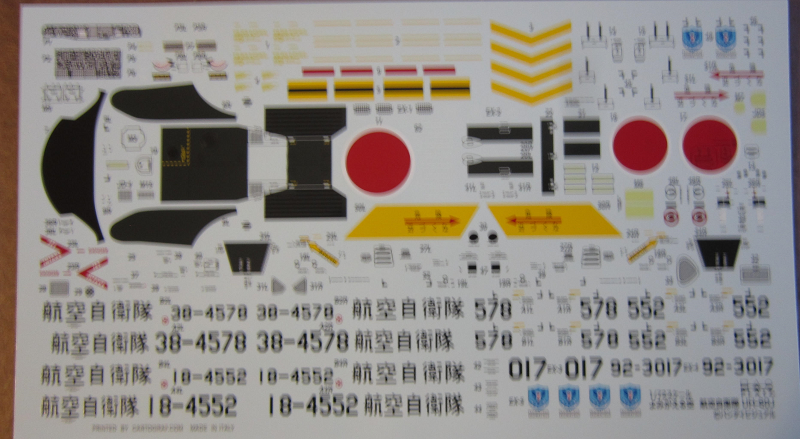 ​Details are all engraved.