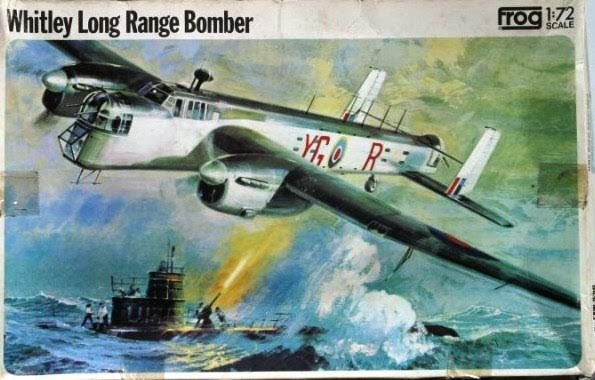 Kit no. F207
By Ray Mehlberger

At the beginning of the Second World War, the Armstrong Whitworth Whitley was the mainstay of R.A.F. Bomber Command. On the first night of the war, they dropped 6 million leaflets on enemy territory and on the 19th March, 1040 the Whitley had the distinction of participating in the first bombing raid on Germany.

First flown in 1938, the Mk. V was the major production version, 1,478 being built. The Mk. VII served successfully with Coastal Command on anti-submarine work and were installed with ASV (Air-to-surface Vessel) Mk. II radar. After 1942, Whitleys were mainly used on glider towing duties.

Frog was an old prolific model company based in the UK. They manufactured all manner of model subjects in the popular scales. After they went out of business, their molds were acquired by Novo in Russia, who also has gone out of business.

This kit came in a tray and lid type box that was not shrink-wrapped, but held shut with strips of scotch tape.

The box is blousy and too wide by 4".

The box art shows a Whitley attacking a U-boat. It is in a wave pattern of dark green and dark grey on it's spine, above the wings and the elevators and over all white below.

One side panel of the box has a color side profile view of the box art subject and a Whitley that is over-all black with a white fuselage code DY (roundel) N. 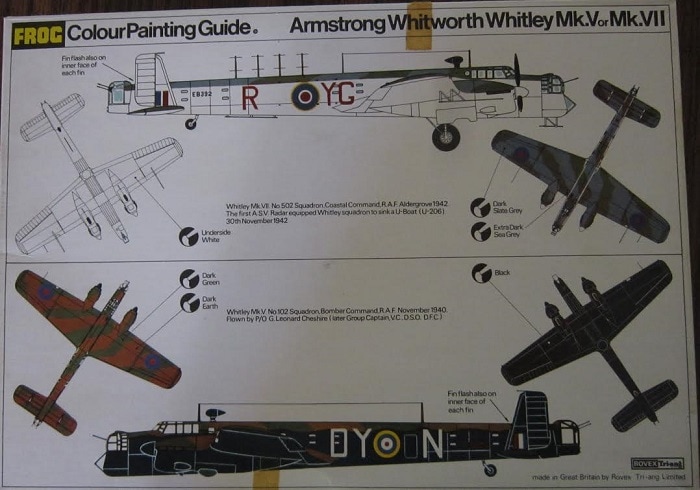 ​Decals are provided in the kit for either one of these schemes. No units are mentioned.

The other side panel has features of the kit in 6 languages, including English, each labeled with color illustrations of the aircraft insignia of those countries that speak these languages.

Features are: 78 parts and a stand, alternative under carraige positions - up or down, moveable propellers and wheels, choice of parts and markings to make Bomber or Coastal Command version.

Around the 4 corners of the tray is the history of the Whitley in the 6 languages, again marked with color illustrations of their aircraft markings.
​WHAT'S IN THE BOX:

This kit holds 4 chalk-white trees and a clear tree in a sealed cello bag, decal sheet, instructions and a customer service coupon completes the kits contents.
​The instructions consist of a single sheet, printed on poor quality "newsprint" type paper in 20" x 12" format, folded several times to fit the box. The paper is very fragile and easily torn.

One side of the instructions begins with international assembly symbol explanations, over 9 assembly steps.

The reverse side of the instructions has TOP MODEL TIPS in 6 languages, including English. These are accompanied by illustrations of the tips proceedures.

The differences between a Mk. V and the Mk. VII is the antenna arrangements.

Trees are not alphabetized and not illustrated in the instructions. Numbered tabs are only next to the small parts on the trees. 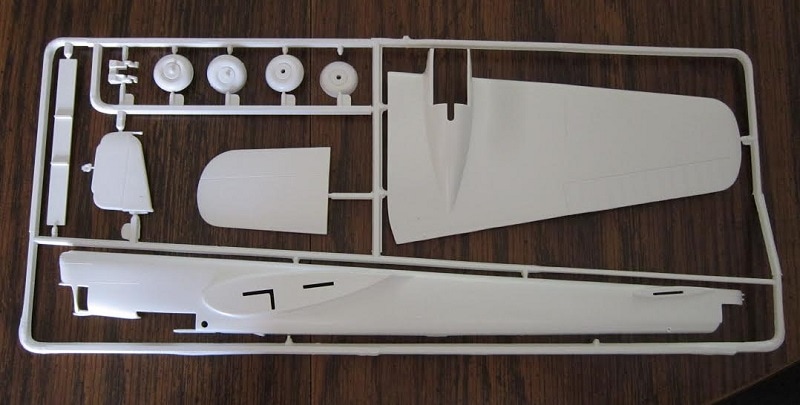 ​The second chalk-white tree holds: the other fuselage half, upper wing half, other elevator half, display stand parts (5 parts) 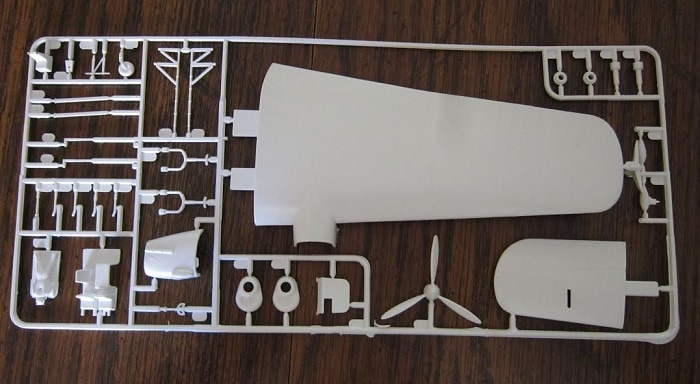 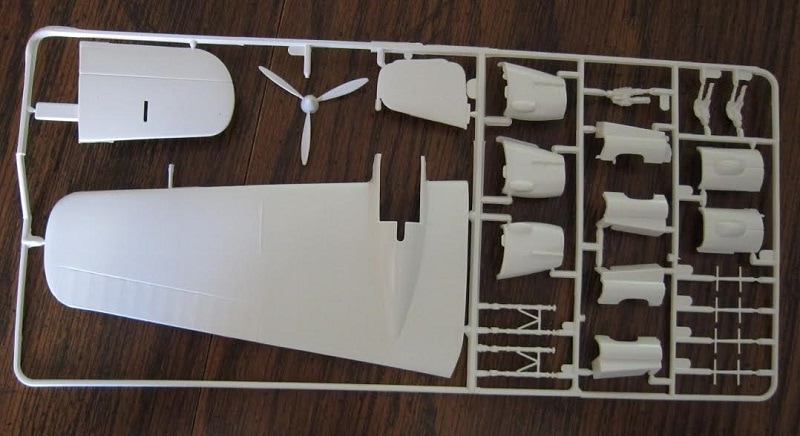 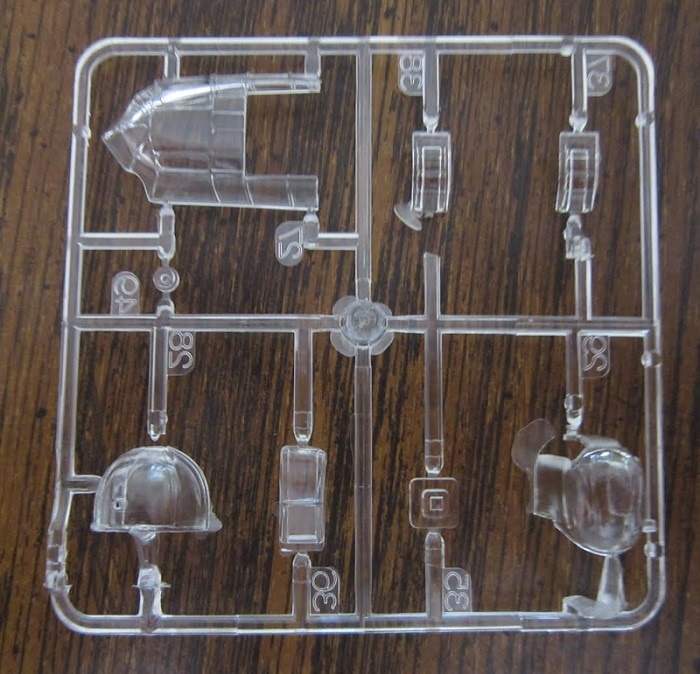 ​The decal sheet, instructions and the customer assistance coupon complete the kits contents. 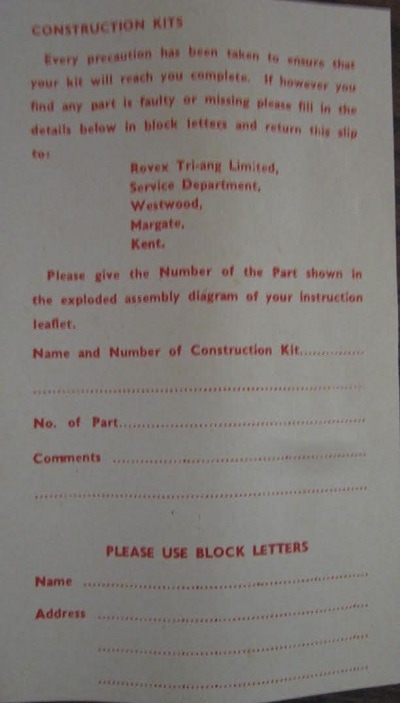 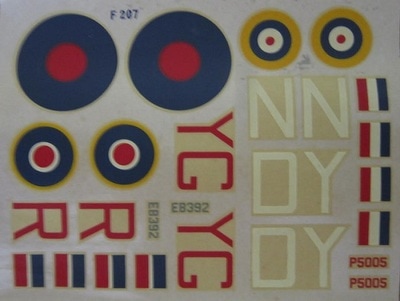 ​Panel lines are of the raised variety.

This is a neat British bomber. Recommended.

​I bought my kit at my local hobby shop back in the 70's.