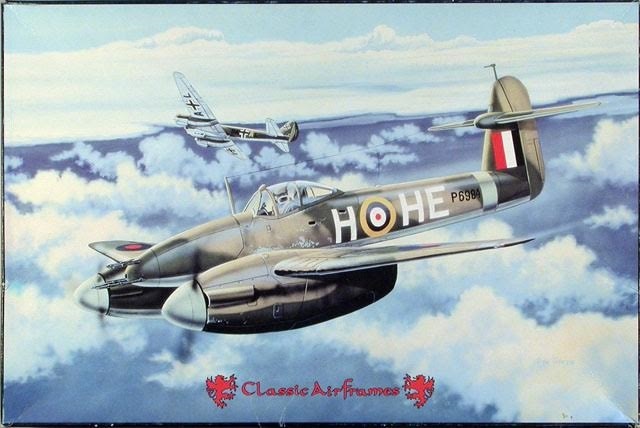 The Westland Whirlwind was designed by W.E.W.Petter. The prototype first flew on October 11, 1938 with a production order following in January 1939.

The Whirlwind suffered the misfortune of being designed around the Rolls-Royce Peregrine engine, which suffered enormous development problems. Deliveries of the aircraft were delayed until June 1940 by a shortage of engines, and it was not until November 1941 that there were sufficient aircraft to equip to squadrons.

The Whirlwind had good flying characteristics, indeed, at low altitude its performance was supperior to contemporary single-seat fighters. However, continued problems with the Peregrine engines and the desire of the RAF for fighters that hancled well at high altitude doomed the Whirlwind to a short-lived career.

The Whirlwind served as an escort fighter and later, when fitted with bomb racks to supplement its four 20mm cannons, it went on to distinguish itself as a ground attack intruder over Europe. It served in this role until replaced by Typhoons in 1943.

The Whirlwind had the distinction of being the RAF's first twin-engined single-seat fighter and its sleek, elegant lines have always been admired by aviation enthusiasts.

Classic Airframes is a division of Bringuier Aviation Products, based in Chicago, IL. The kits are made in the Czech Republic and packaged in the USA.

The box is blousy and has a inch or two letter L void around the parts.

The box art shows a Whirlwind chasing a German Bf-110 above the clouds.

The whirlwind is in dark green (FS 34079) and medium sea grey (FS 36270) above a sky (FS 34424) undercarraige. It has white propeller spinners and a white fuselage band. The fuselage code is white H roundel HE.

One side panel has a small color repeat of the box art, followed by a one paragraph history of the Whirlwind and a list of features of the kit:  custom made decals printed by Microscale for 2 aircraft, resin details parts designed by Cooper Details.

Below this is a warning about the small parts not being suitable for small children and MADE IN Czechoslovakia and PACKAGED IN USA.

The other side panel repeats the small color box art illustration and a further list of features: contains finely detailed plastic, polyurethane and photo etched parts. complete cockpit interior, markings for 2 aircraft, complete assembly and decorating instructions. This is said in English and French. Bringuier's P.O. address in Chicago is supplied. The warning about small part and where things were made is repeated again.
​WHAT'S IN THE BOX:

The instructions consist of a single sheet that accordion folds out into 6 pages in 5 1/2" x 8 1/2" page format.

Page 1 begins with a black and white repeat of the box art, followed by the history of the Whirlwind and the statement that the kit is intended for experienced modlers. That the nature of limited run kits (like this one) requires additional time and effort to clean up and fit the parts, as well as experience with the various media utilized to provide the most accurate effect on the finished model. Use CyA (Super) glue to assemble photoetch (PE) and resin (PU) parts.
Bringuier's Chicago address appears again.

Page 2 begins with international assembly symbol explanations, followed by a paint listing, credit given to Cooper Details for their design of the metal and resin detail parts and Cooper's P.O. address in Freemont,CA.

Below this is the parts trees illustrations.

Parts are numbered in these illustrations, but not on the parts themselves. Nor are they alphabetized. This means very careful study of the plastic, resin, white metal and PE parts to get the right parts for assembly. Bad move Classic Airframes!!

Page 3 through 6 give a grand total of 13 assembly steps. 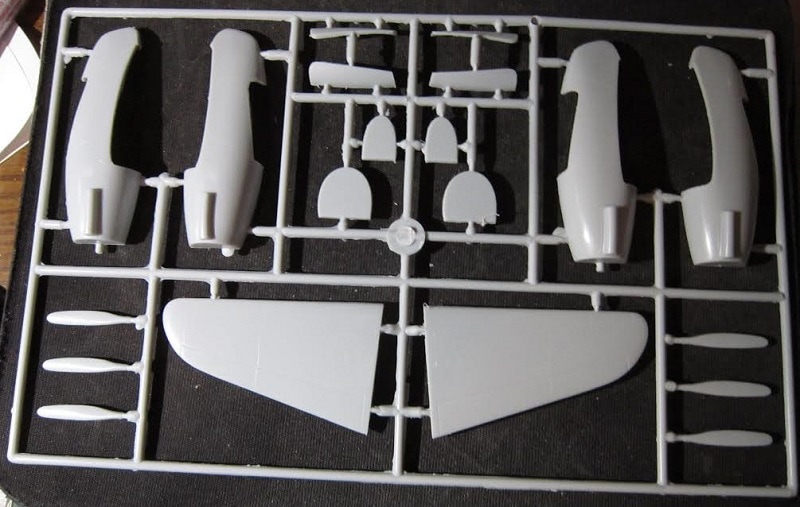 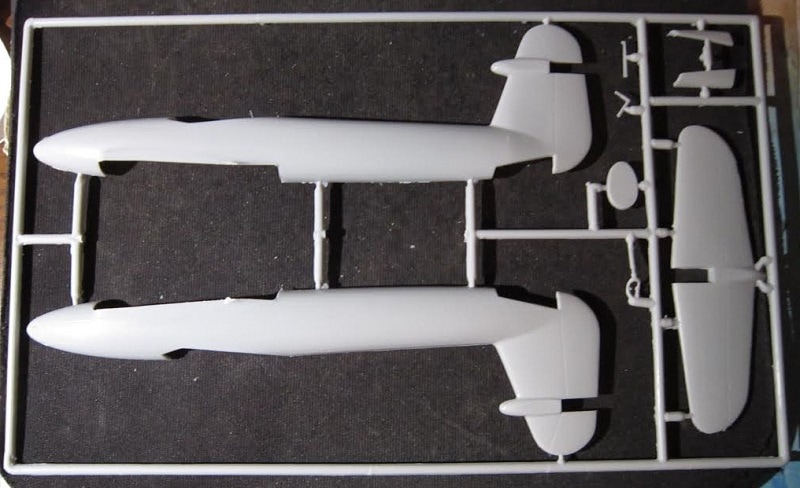 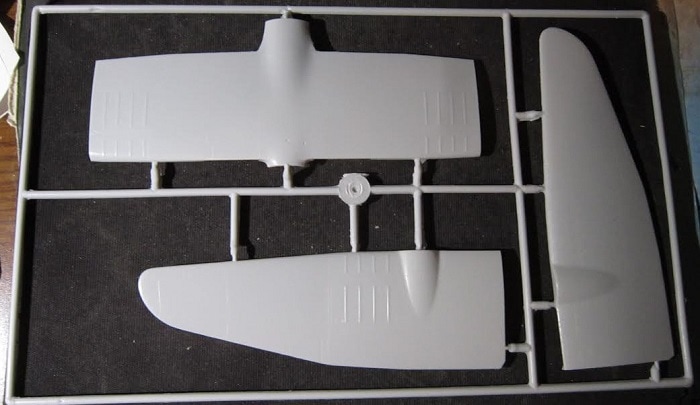 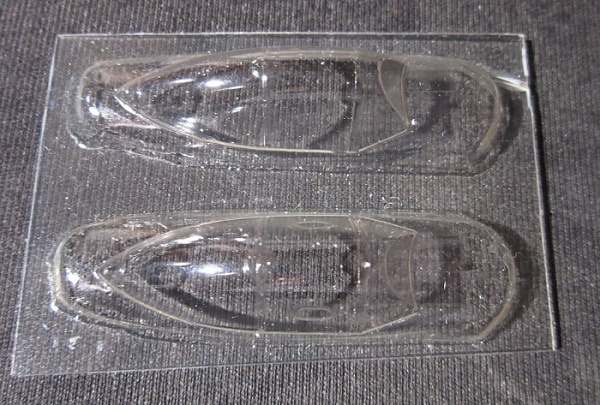 ​On the brass PE fret I cannot find some of the parts that are on it shown anyplace in the assembly steps. These are notably the larger parts. The parts that you do use are cockpit interior details and the shoulder straps (30 parts) Five are excess. 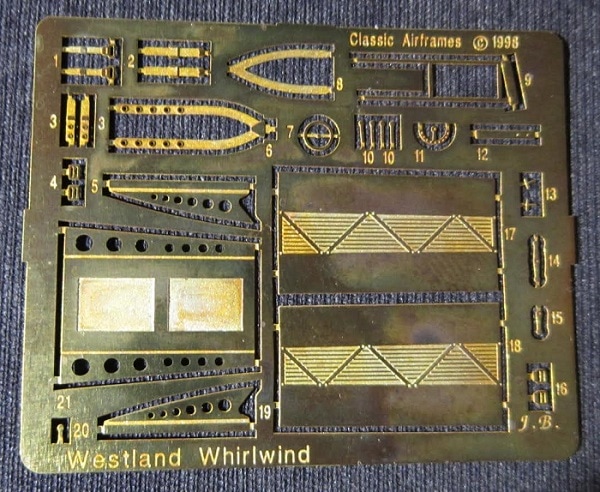 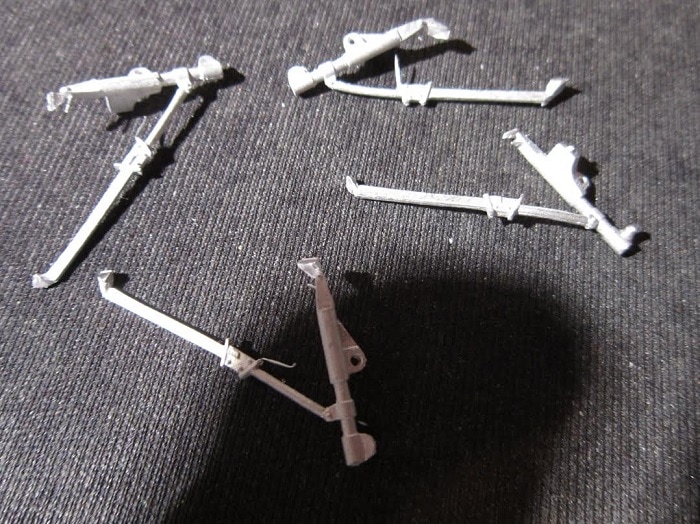 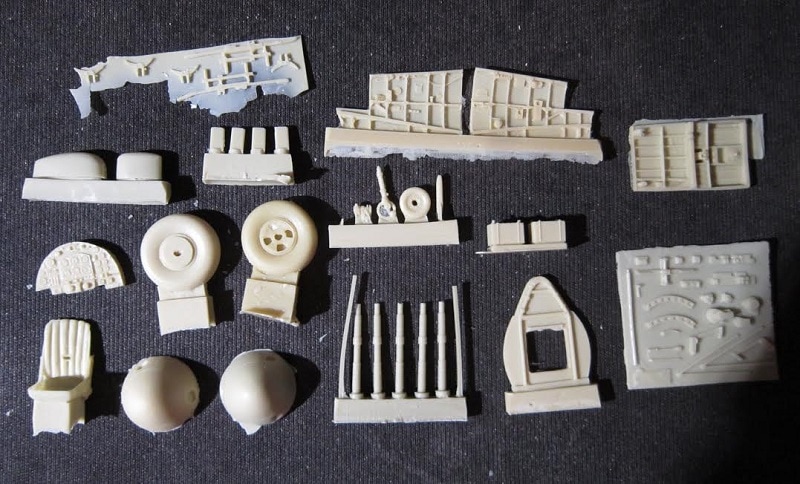 ​
The sheet of color and marking schemes is next. 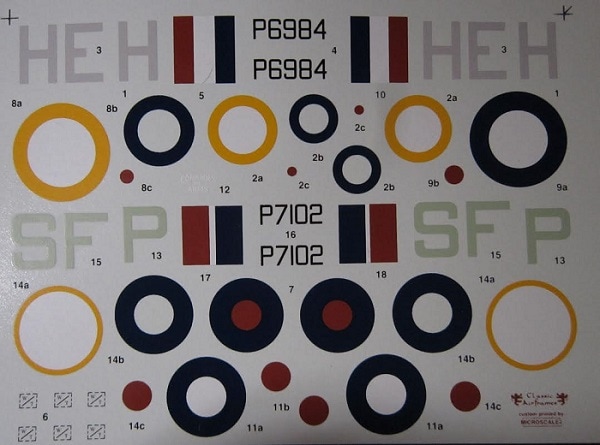 ​One scheme shows the box art subject. However, the colors are different. It is shown as overall dark green over an undercarriage that is split in two, with one side being black and the other side sky. It carries the black serial no. P6084, and the fuselage code is shown as being very light grey H roundel HE and not the white illustrated on the box art. 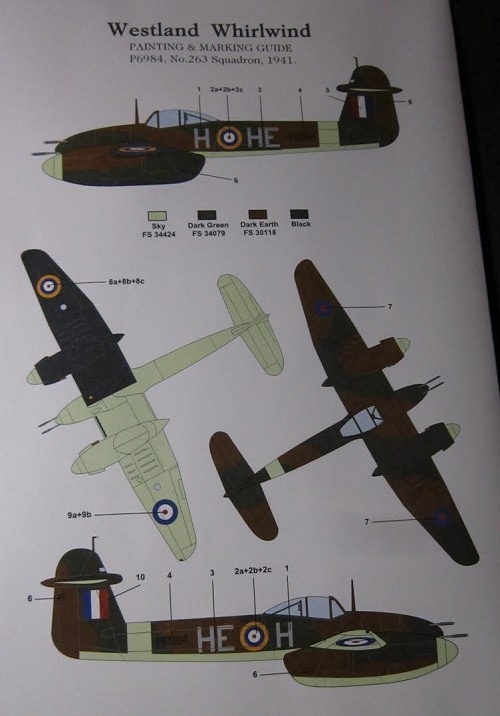 ​
The other scheme is in a wave pattern of mixed grey (FS 36173) and dark green (FS 34079) over an undercarriage of medium sea grey (FS 36270). It has white propeller spinners and fuselage band. The black serial no. is P7102 and the fuselage code is very light grey SF roundel P. A small white slogan "Comrades in Arms" is below the cockpit. 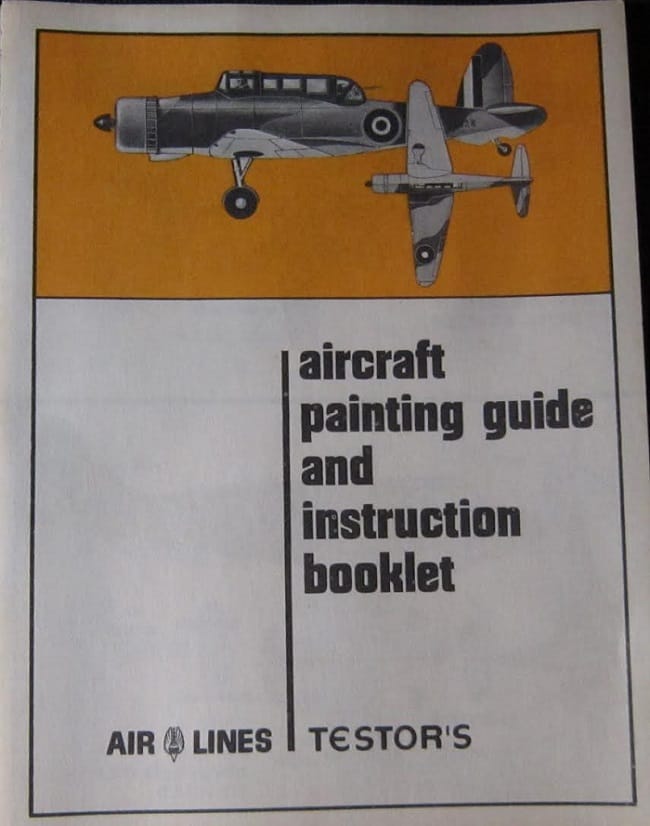 On the decal sheet the British roundels have to be assembled, ring by ring. There are a few stencil marks for the wings.

I must go along with Classic Airframe's recomendation, that this kit is only for experienced modelers and not novice modelers. It definately is not a weekend project either.

However, with all the detail provided it will be a show stopper when finished.
​I bought my kit from a vendor at an IPMS contest I attended years ago.