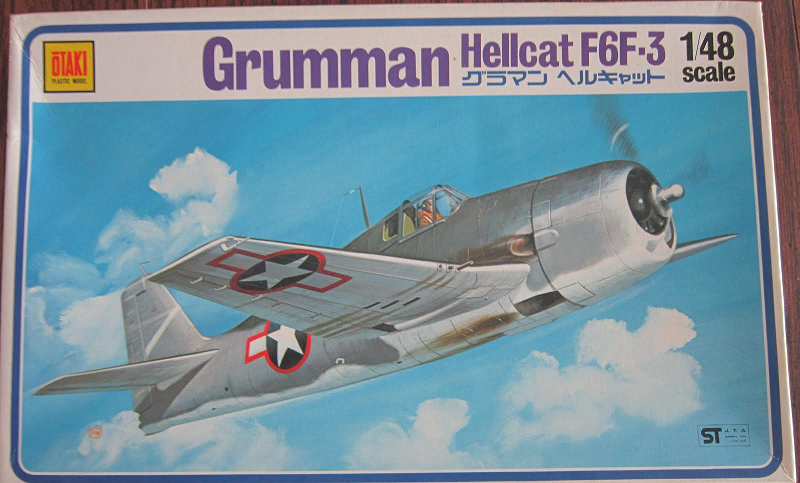 The Grumman F6F Hellcat is an American carrier-based fighter aircraft of World War II. Designed to replace the earlier F4F Wildcat and to counter the Japanese Mitsubishi A6M Zero, it was the United States Navy's dominant fighter in the second half of the Pacific War.

The Hellcat competed with the faster Vought F4U Corsair for that role and prevailed, as the Corsair had significant issues with carrier landings. The Corsair instead was primarily deployed to great effect in land-based use by the U.S. Marine Corps.

Powered by a 2,000 hp Pratt & Whitney R-2800 Double Wasp, the same power plant used for both the Corsair and the United States Army Air Forces (USAAF) Republic P-47 Thunderbolt fighters, the F6F was an entirely new design, but it still resembled the Wildcat in many ways. Some military observers tagged the Hellcat as the "Wildcat's big brother".

The F6F was best known for its role as a rugged, well-designed carrier fighter which was able, after its combat debut in September 1943, to outperform the A6M Zero and help secure air superiority over the Pacific Theater. A total of 12,275 were built in just over two years.

Hellcats were credited with destroying a total of 5,223 enemy aircraft while in service with the U.S. Navy, U.S. Marine Corps and the Royal Navy Fleet Air Arm. This was more than any other Allied naval aircraft. Postwar, the Hellcat was phased out of front line service but remained in service as late as 1954 as a night fighter.

Otaki was a model company based in Japan.

The box art shows a Hellcat flying above clouds. It has a sea-blue spine, intermediate blue sides and a white undercarriage. The fuselage code is OO star with a diagonal white bar on the rudder. Black OO under the elevators on fuselage sides.

One side panel has 2 small color profiles of other Hellcat's:

​1. A British Hellcat. It is in a wave-pattern of dark-gray and light-gray over duck-egg-green undercarriage. The fuselage code is white IL before the roundel. It has a white horizontal wide bar on the rudder, black ROYAL NAVY over JW564 after the fuselage roundel.

A sheet is included of two F6F-3 color profiles are that are the same ones that are on the first side panel. 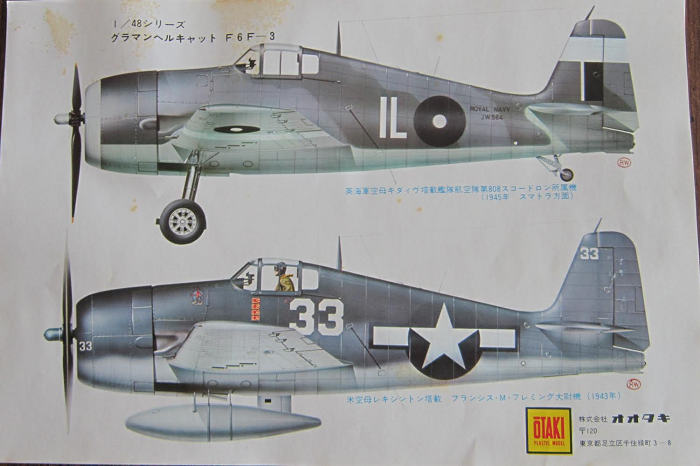 The first instruction sheet consists of a single sheet folded in the center to create 4 pages in 7 1/2" x 11" page format.

Page 1 has three 3-views of the 3 schemes (already described above), next to the history of the Hellcat.

Page 2 has the parts trees illustrations over the first 2 assembly steps.

The second instruction sheet is the same size as the first one, printed on one side in color on slick-coated paper. It is the painting and marking instructions. It has a profile of the British Hellcat and the U.S. Hellcat no. 33. 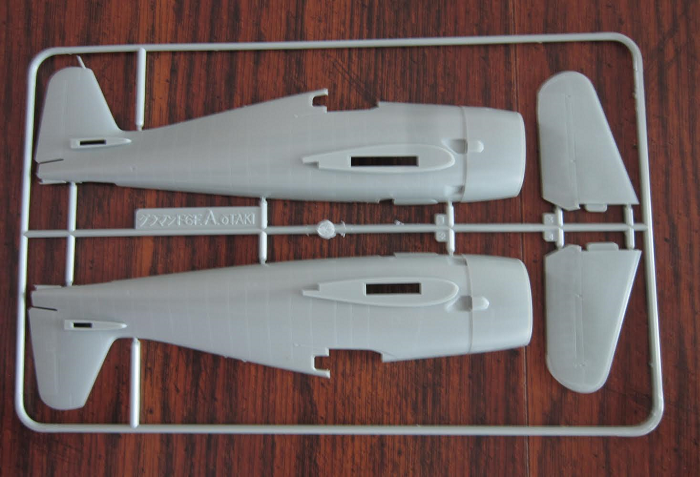 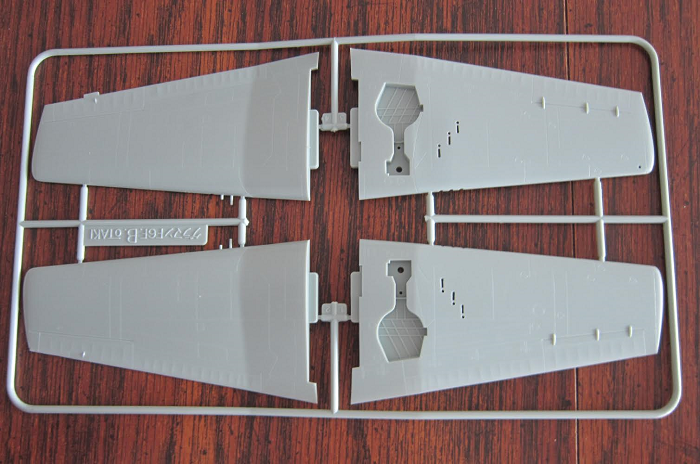 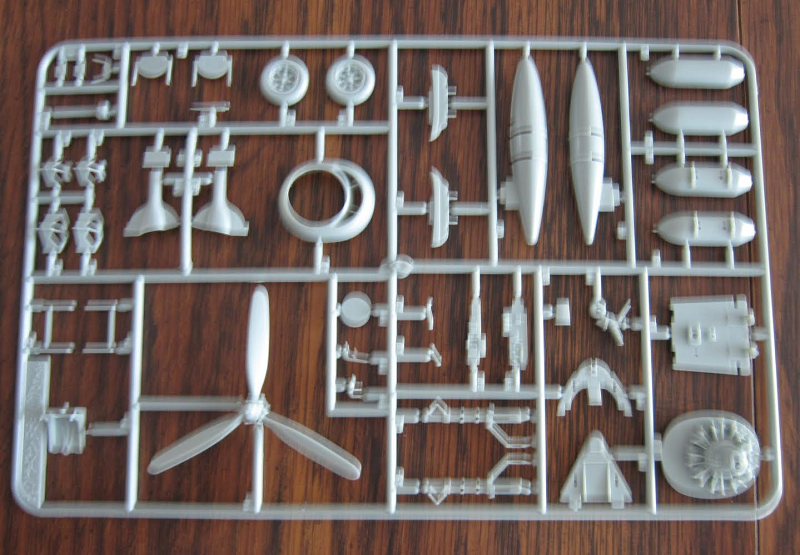 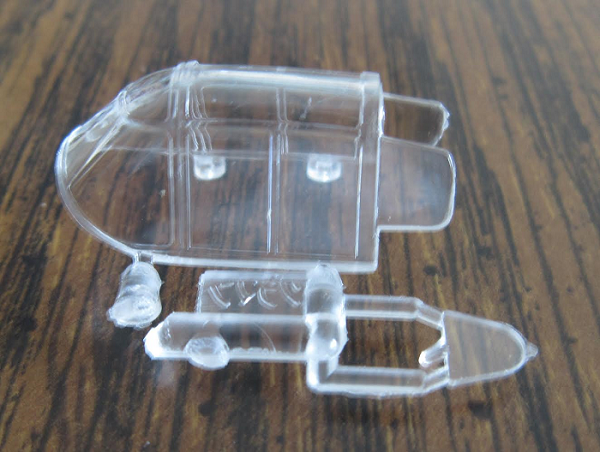 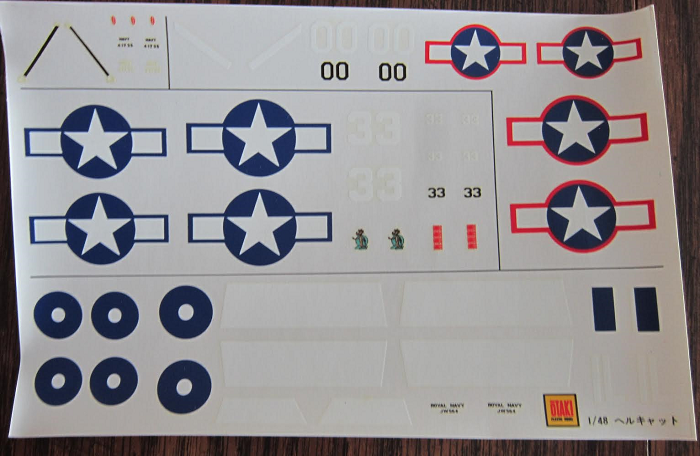 ​Kit has nicely engraved detail. All flaps are molded solid.

No pilot figure is included