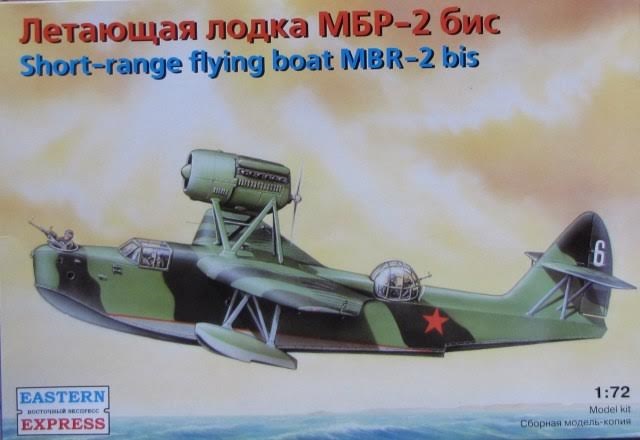 The MBR-2bis was a short-range scout aircraft. It was built, in 1932, at the Russian Central Design Office by a designer collective led by one G.M. Beriev.

The prototype MBR-2bis, with a M-17 engine, made it’s first flight on May 3rd, 1932. In 1935 the MBR-2bis was produced with a M-34 engine, improved aerodynamics and armament. For maintenance of flying boats, in a shore located aerodrome, a wheeled landing gear was developed.

The MBR-2bis first saw combat against Japanese troops at Lake Khasan in 1937. It was also used in the Winter War, between the USSR and Finland, in 1939-40. At the beginning of the Great Patriotic War (WWII) the MBR-2bis was the basic seaplane with the Soviet RKKF. During the whole war it was used as either a short-range scout, a patrol aircraft, anti-submarine duties, air-sea rescue, a transport and day time and night bomber roles.
​THE KIT:

Eastern Express is a prolific model company based in Russia. They make all manner of model subjects in the popular scales.

The kit comes in a shrink-wrapped  tray and lid type box.

The box art shows a MBR-2bis flying over water against a yellow sky. It is in a wave-pattern camouflage scheme of dark green waves over a tan base, with a white numeral 6 on the rudder and red fuselage stars.

A side panel shows another scheme which is squiggly lines of medium gray over a base of a lighter gray, with the black numeral 8 on the rudder. It has red fuselage stars.

This is proceeded with Eastern Express'es address in Moscow in English and Russian and the history of the aircraft in Russian. The kit contains 114 parts and is intended for modelers 8 years old and above. The kit was made in Russia.

Another side panel shows box arts for 4 other 1/72nd scale aircraft offered in the Eastern Express line: a Mig-3, LaGG-5, LaGG-7 and an Il-2 Shturmovik. No scale for these is mentioned (I assume they are all 1/72nd scale) and not kit numbers are provided for them.
​WHAT'S IN THE BOX:

The box contains seven medium gray trees of parts. The two largest trees were molded together into one large tree originally. They are folded over in the center to the near breaking point to get them to fit the box. Very odd way of doing things. There is an eighth tree of parts that is clear.

The instructions consist of two, individual, 8 ½” x 11” sheets that are printed on both sides.

Page one of the first sheet begins with a black and white copy of the box art. This is followed by a history of the MBR-2bis in Russian and English. The bottom of the page gives international assembly symbol translations (also in Russian and English) and Eastern Express’s address in Moscow and their telephone and FAX number.

Page three of the second sheet gives the balance of a total of 12 assembly steps. Step 12 is very, very busy and can easily confuse modelers. There is an option for a very basic hull cradle or beaching wheels.

The international assembly symbols in each assembly step are printed so pale that they are difficult to make out.

Page four begins with some useful advice and cautions about building the kit (again in Russian and English).

All the parts trees are in one large, rather flimsy, cello bag.

One of the small gray trees of parts is in another cello bag within the large one.

None of the trees have part numbers molded next to the parts on them, like we have come to expect there to be in kits now-a-days. Instead, you have to keep referring to the parts trees drawings on the instructions as you assemble things.

Large letter A parts tree holds: the fuselage sides and bottom, plus one wing half. (four parts).

​Large letter B parts tree holds: the other three wing halves, the horizontal tail surface part, the central wing section, upper nose and fuselage panels. (seven parts) This tree has very heavy flash on it. Also, I think that the fabric detail on the wings is very over-stated. It could stand to be sanded down a bit. 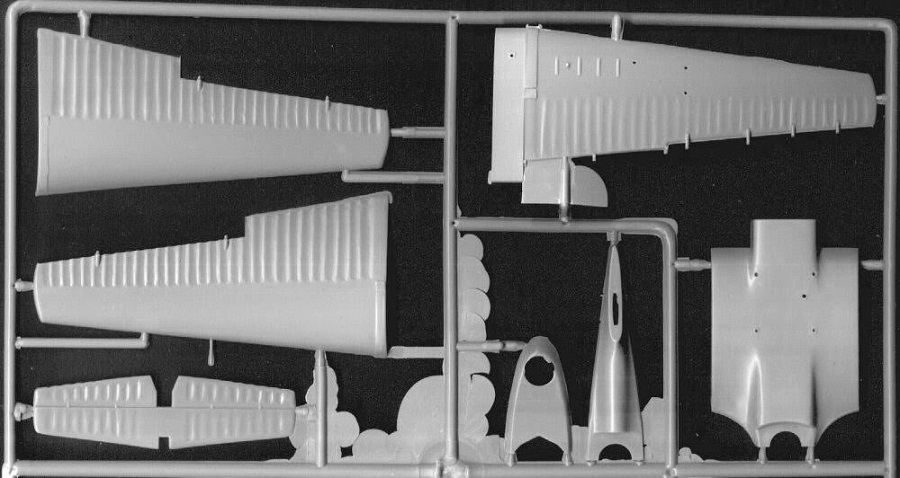 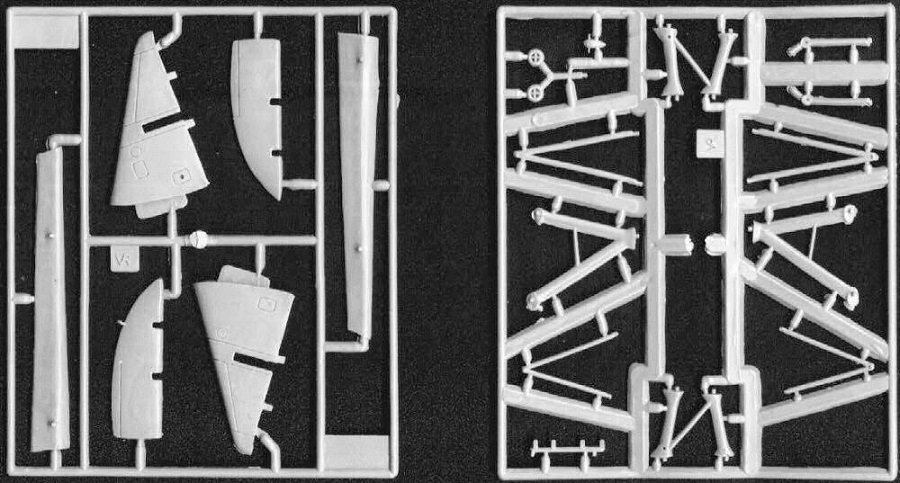 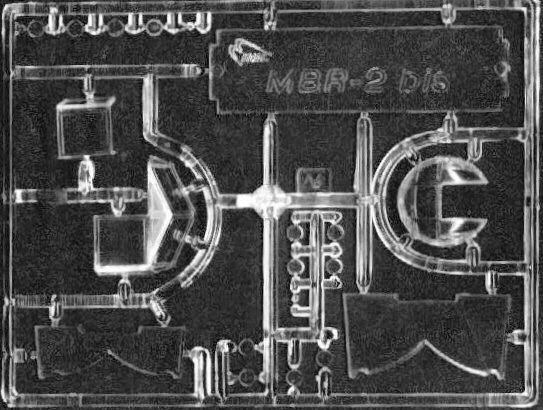 ​The decal sheet in the box is printed by a firm call Avia. It says it is for the MBR-2bis printed on it, but no information is anywhere in the kit to tell where or how to use the markings on it. Very aggravating to say the least!

One of the profiled aircraft (shown above) shows an aircraft bearing the patriotic slogan "V Boj za Rodinu!" (In battle for the Motherland!) which is carried on the decal sheet, but the slogan was worn by a Red 8, which isn't on the sheet. Oops! The other patriotic slogan on the sheet is "Za cvobodu naroda!" (For the freedom of the people!).

I had a good friend who can read Russian interpret the decal sheet for me.

I recommend it, other than the over-stated fabric detail on the wings and decal mix-up.