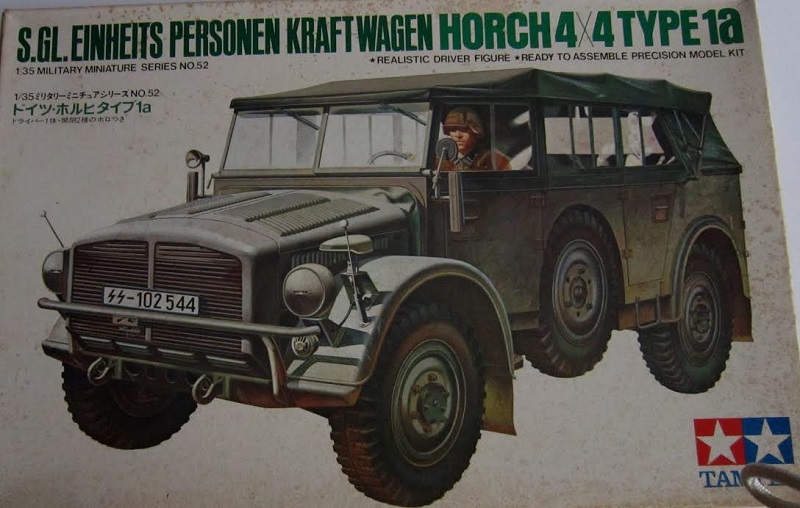 
German army started in the mid 1930s the programme to provide the Wehrmacht with off-road vehicle on a standardised type of chassis (Einheist). The heavy category was reserved for cars determined by 3000 cc engine capacity or over. The main producer of these vehicles in Germany there were the Horch-Auto Union. Cars of this type on the standardised chassis were Horch was perfect engineered. A streaking feature was the steerable rest axle which made the car very good manoeuvrable, but unfortunately there was complicated. In the otherwise similar vehicle - Horch 1b of 1940, this feature was dropped in favour of a conventional rest axle.

The personnel carrier body (Kübel) was in pressed metal with spare wheel recesses at detachable doors. The eight cylinder V8 Auto Union/Horch 108 type engine was of 3823 cc capacity and gave 81 HP at 3600 rpm. The gearbox gave five forward speeds and reverse. Length of the vehicle was 4850 mm and completed loaded weight was 4300 kg. Wheel arrangement was 4x4. Maximum speed on the road was 90 km per hour.

The actual production period of the standard chassis was short, from 1937 to 1940, though the vehicles remained in service throughout WW II on all theatres, where German fought. In the Wehrmacht's ordnance inventory was designated as Kfz 69, AA modification as Kfz 81. There were many different modifications of this vehicle.

Because cars served throughout WW II, there were applied all variants of German camouflage. In Europe there was Panzer Grau (RAL 6006), while in Africa there was Sand. Panzer Grau was later replaced by Dunkelgelb (RAL 7058) with green or brown mottles.

Cars were overpainted by whitewash in the winter conditions.

Tamiya is an older model company based in Shizuoka City, Japan. They make all manner of model subjects in the popular scales.

The box art shows a Horch posed against one of Tamiya's signature all-white backgrounds that they use for their box arts. It is overall Panzer-grey with a white license plate on the grill with black number SS-102544 on it.

The box art says it comes with a realistic driver figure.

One side panekl repeats the box art smaller, followed by a lot of text in Japanese and an illustration of the driver figure and MADE IN JAPAN.

The other side panel has 3 color box arts of other AFV kits that Tamiya makes:

No kit numbers are provided for these 3, nor a nomenclature for the armored car. Tamiya's street address in Shizuoka City, Japan is shown
​WHAT'S IN THE BOX:

This box contains 3 dark-green trees, a clear tree, the decal sheet and a length of string in 2 stapled-shut cello bags.

Page 1 begins with 2 black and white photos of real Horch's, followed by what I believe is the car's history, but in Japanese.

Page 2 has a parts name listing in Japanese, the parts trees illustrations and a black and white photo of the model made up in the box art scheme and with the canvas roof lowered.

Page 3 through 7 give a grand total of 13 assembly steps,

Page 8 is the painting and decal application instructions.

Two 3-views are shown. These can be marked with your choice of 6 different schemes, but the text is all in Japanese unfortunately. 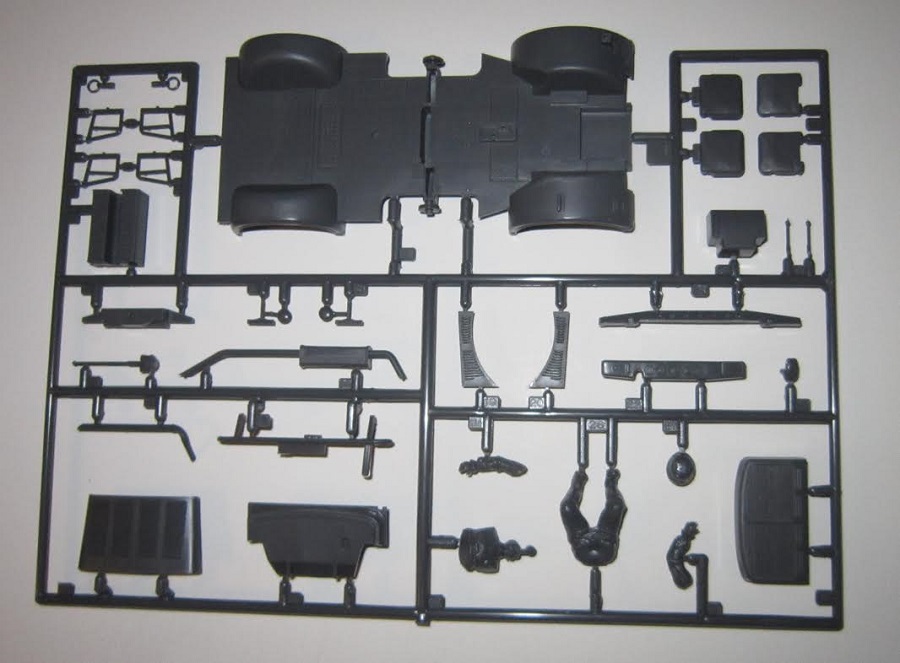 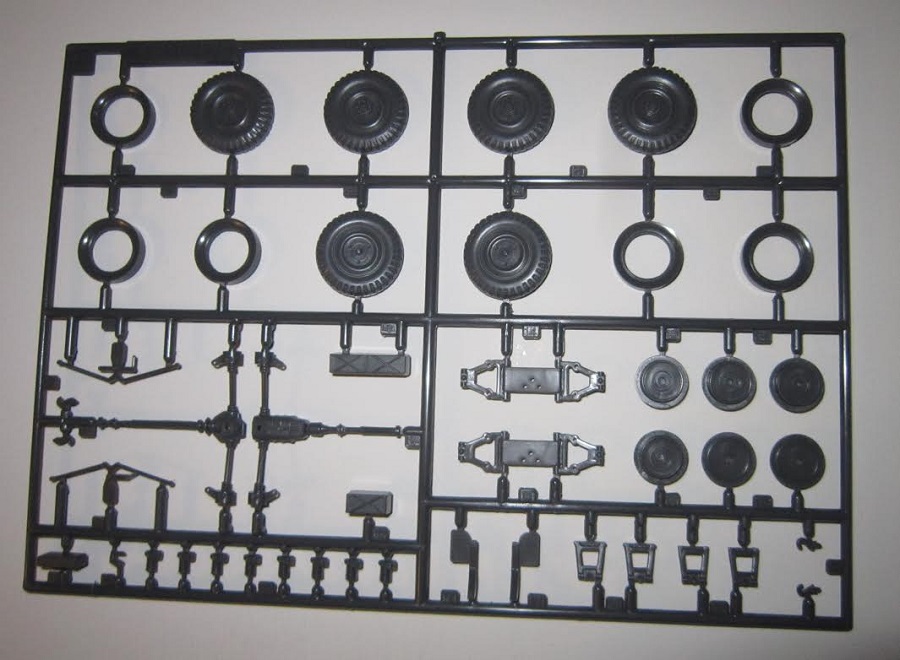 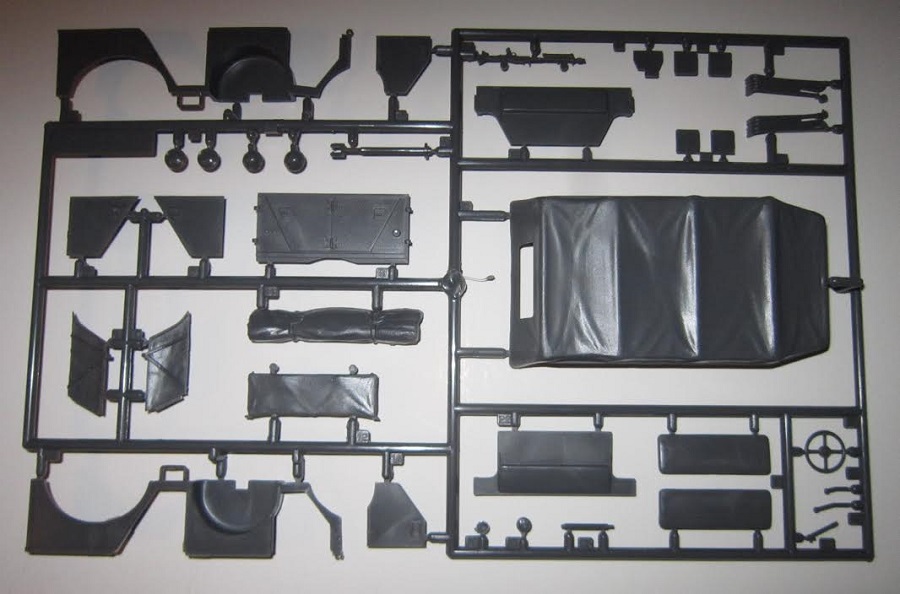 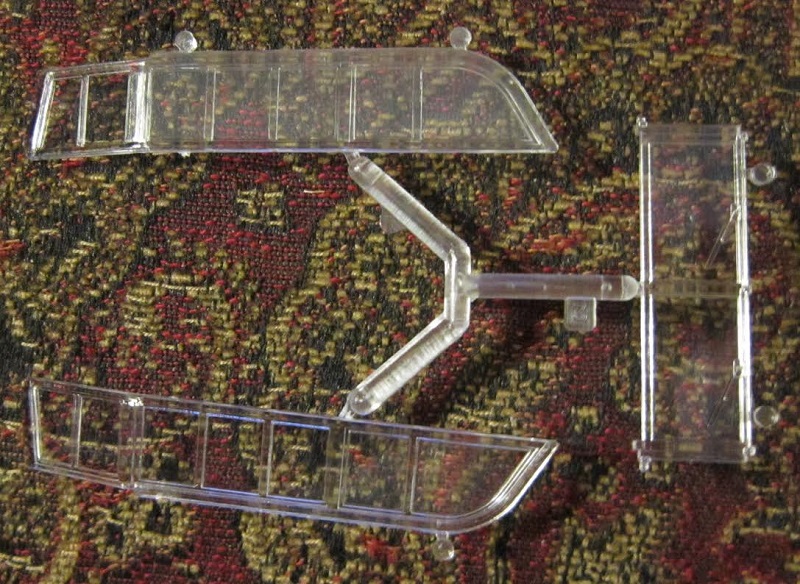 The decal sheet, length of white string and instructions complete the kit’s contents.

Plastic loops are to be glued to the ends of the string to create a tow cable that gets looped around the front bumper. 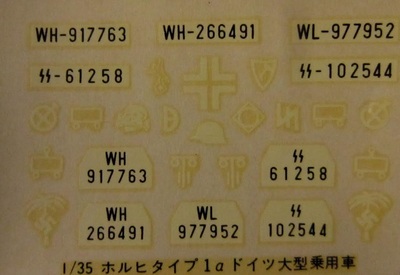 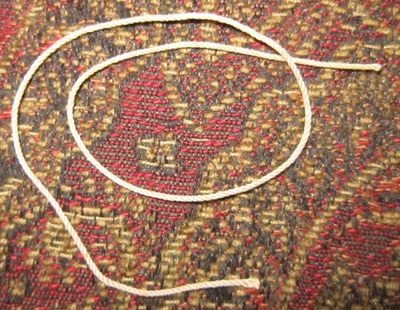 When Tamiya first started importing their kits to the U.S., the text in them was all in Japanese. I have a number of their kits that are this way This kit is one from those early days and I bought it in the 70’s.

It is nicely detailed and I highly recommend it.

Kit was courtesy of my wallet in the 70’s. It is still available at several shops in Europe on the net.