Hasegawa is an older prolific model company based in Japan. They make all manner of model subjects in the popular scales.
​HISTORY:

The P-51 Mustang is a fighting plane which was developed in 117 days, a marvelously short period, under a contract concluded between the British Airplane Purchase Comitee and North American Inc. in April 1940. In the beginning it was exported to Britain and was later adopted by the American Army Flying Corps., which was indifferent to the P-51 when America participated in the war.

This kit comes in shrink-wrapped tray and lid type box.

The box art shows a P-51C above the clouds and in combat with two Italian SM-79 tri-motors.

The Mustang is overall bare metal, with a red nose and spinner. It has an olive-drab anti-glare panel in front of the windscreen and a yellow tail section. The word “SIT” is in black on the nose and Lt. Emerson is below the cockpit. It has an ace of spades logo below the cockpit. The U.S. star and bar insignia is on the fuselage sides and above the post wing and below the starboard wing. A red QP is ahead of the fuselage star. There is a black no. 2 above a serial no. 325117 on the tail.

One side panel says the model makes up to be 135 mm long, with a wingspan of 150 mm and there are 48 parts in the kit. This is followed by a color photo of the model made up in the box art scheme, followed by a 1993 copyright date and MADE IN JAPAN.

The other side panel says the kit contains parts for one model, paint and cement are not included and instructions are in English, in 9 languages each marked with the flags of the countries that speak those languages, followed by MADE IN JAPAN again.
​WHAT’S IN THE BOX:

The box is blousy and 3” too long in length. It contains 3 light grey parts trees and the loose light grey wing half, the clear parts tree and decal sheet all in a sealed cello bag.

The instructions consist of a single sheet that accordion-folds out into 8 pages in 4” x * ½” page format.

​Page 1 begins with a black and white photo of the model made up in the box art scheme, followed by the history of the P-51C in 7 languages, including English.

Spread across Page 2 through page 5 are 9 assembly steps. Across the bottom of these pages is a paint color listing suggested to use to complete the model.

Pages 6 to 8 have 4-views for marking and painting schemes.

The first scheme is the box art one. It is Lt. Emerson’s aircraft, with the 2nd Fighter Squadron, 52nd Fighter Group.

The second scheme is overall bare metal also, with red nose and spinner, olive-drab anti-glare panel, yellow tail section, yellow fuselage band outlined in black, a yellow letter Q outlined in bklacjk on the rudder above a black serial number 2103582. A black letter VF ahead of the fuselage star and a black square with a white letter C on it behind the cockpit.

Page 8 also has the part trees illustrations down the right side of it.

A second sheet in the kit has the decal application instructions on it on both sides of it in multiple languages, including English.
Dark grey letter A parts tree holds: the cockpit floor, fuselage halves, dashboard, pilot seat, main gear doors, pitot tube etc. (9 parts) 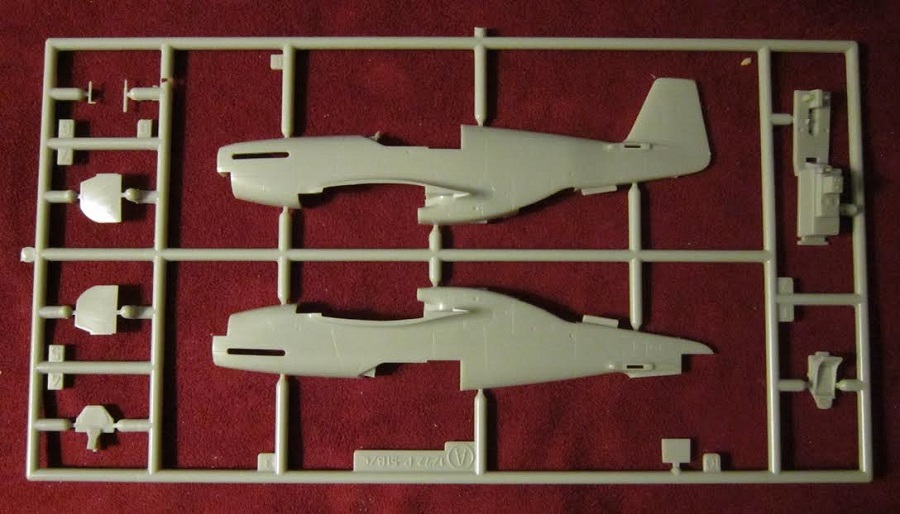 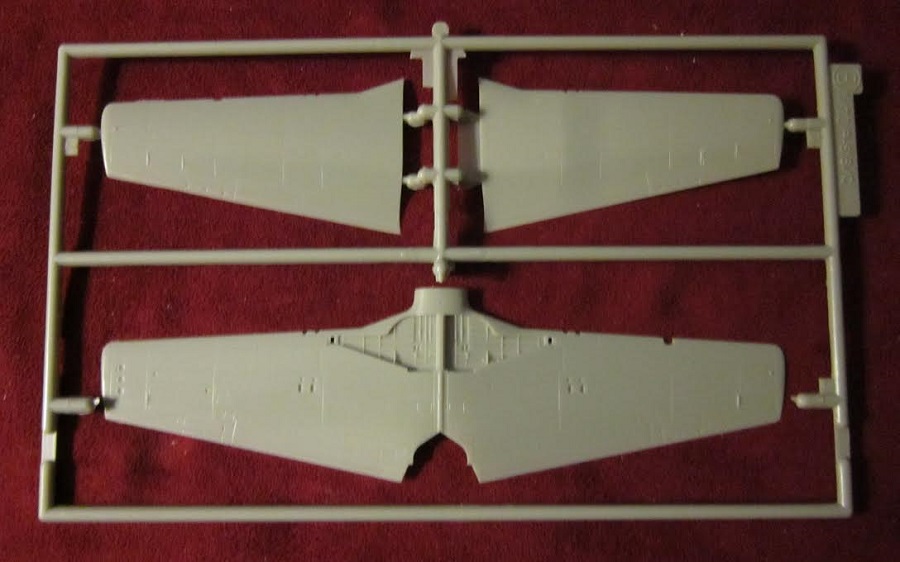 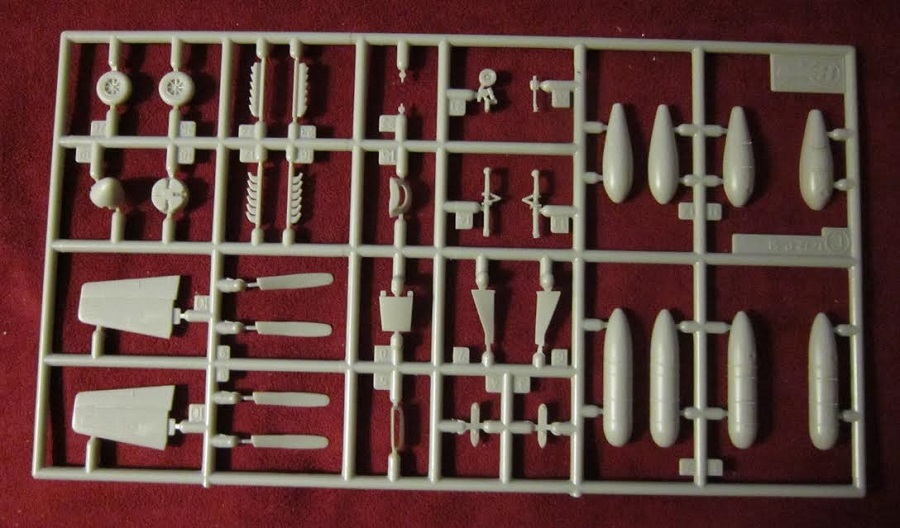 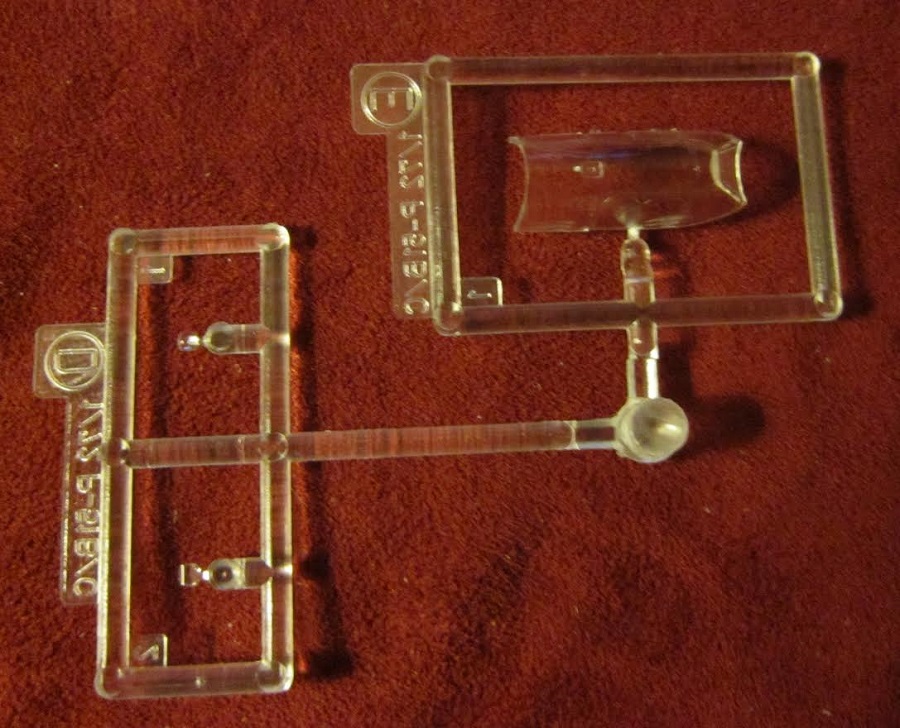 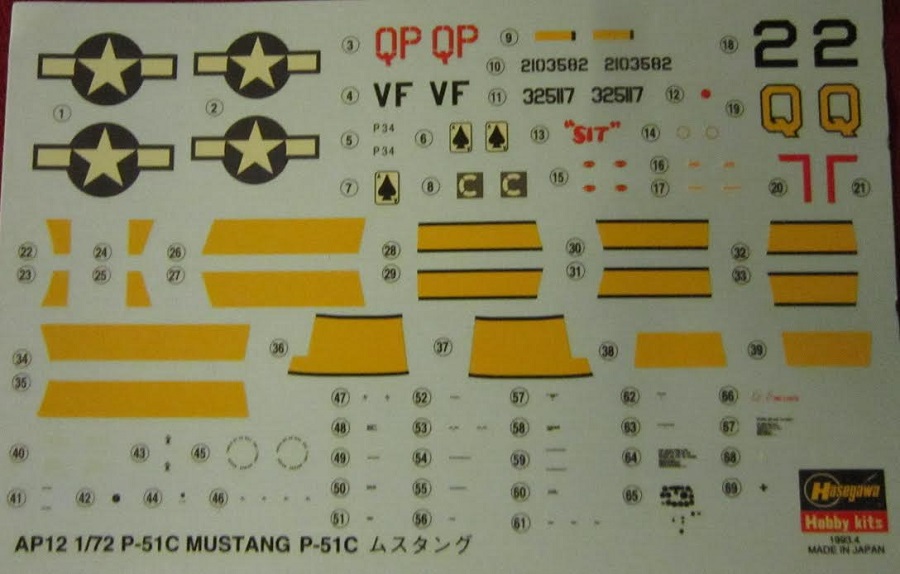 This kit has very nice detail. Highly recommended. I bought my kit at my local hobby shop back in the 90’s.