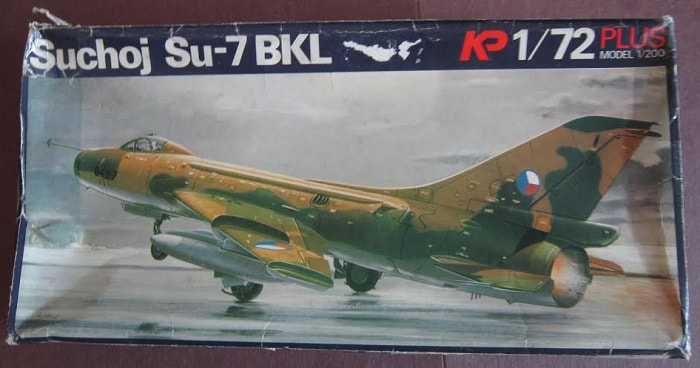 Kit no. 25
By Ray Mehlberger

The Sukhoi Su-7 (NATO designation name: Fitter-A) was a swept wing, supersonic fighter aircraft developed by the Soviet Union in 1955. Originally, it was designed as tactical, low-level dogfighter, but was not successful in this role.

On the other hand, the soon-introduced Su-7B series became the main Soviet fighter-bomber and ground-attack aircraft of the 1960s. The Su-7 was rugged in its simplicity but its shortcomings included short range and low weapon load.

On 31 July 1958, Soviet tactical aviation (Frontovaya Aviatsiya, фронтовая авиация) tasked Sukhoi with developing a ground-attack variant of the Su-7, which could replace the scrapped Ilyushin Il-10. The resulting prototype, S-22, incorporated structural refinements for high-speed, low-altitude operations. It first flew in March 1959, and entered service in 1961 as the Su-7B.
Operationally,

Su-7s were hampered by a high landing speed of 340–360 km/h, as dictated by the thin, highly-swept wing. Combined with poor visibility from the cockpit, and lack of an instrument landing system, it made operations very difficult, especially in poor weather or on poor airfields.

In 1961–1962, Sukhoi experimented with blown flaps on S-25 but the benefit was too small to warrant implementation. JATO rockets tested on S-22-4 proved more useful and were incorporated into Su-7BKL. Attempts to improve takeoff and landing performance eventually resulted in the Sukhoi Su-17.

Su-7B and its variants became the main Soviet ground-attack aircraft of the 1960s. They were also widely exported (691 planes, including also some trainers). However, the very short combat radius and need for long runways limited its operational usefulness.

On the other hand, despite its notoriously heavy controls, the Su-7 was popular with pilots for its docile flight characteristics, simple controls and considerable speed even at low altitudes. It also had a reputation for easy maintenance.

KP is a model company based in the Czech Republic.

The kit comes in a un-shrink-wrapped tray and lid type box held shut with tape.

The box art shows a SU-7 BKL making a take-off run off a runway. It is light-brown, dark-brown and medium- green  splotches. It has Czech Air Force roundels on wing tops and rudder sides and a black number 8427 on sides of the nose.

One side panel of the box has a profile of a SU-7 BKL in overall bare metal with Soviet star markings and a black number 28 on the sides of the nose.

​
The other side panel has a profile of another bare metal SU-7 BKL with Polish Air Force checkerboard marks. a yellow air intake and a yellow number 817 on the sides of the nose.

This kit contains one chalk-white tree, a light grey tree, a clear tree, the decal sheet and 2 instruction sheets.

The single chalk-white tree is in a sealed cello bag.

It is not alphabetized, but has part numbers on tabs next to the parts. 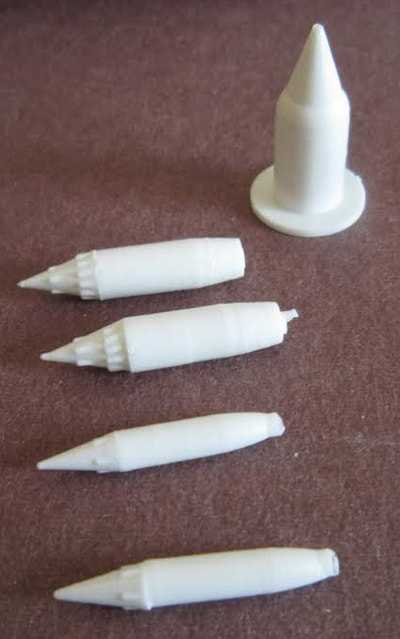 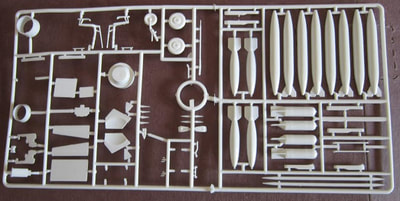 ​There is a 1/400th scale model of a SU-7 included in the kit as a bonus. It is divided into separate body and rudder (2 parts) 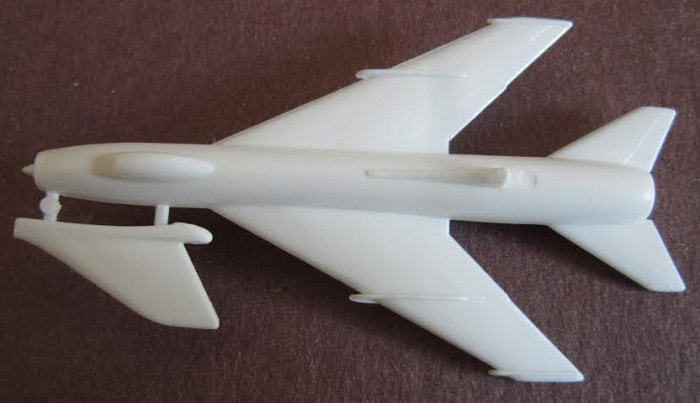 Next is the fuselage halves. 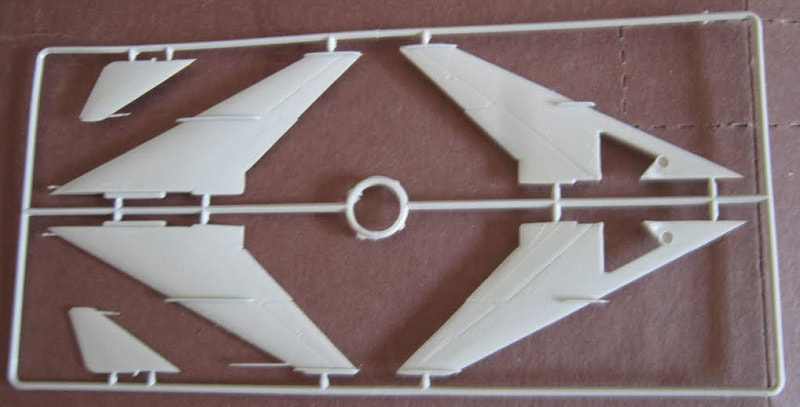 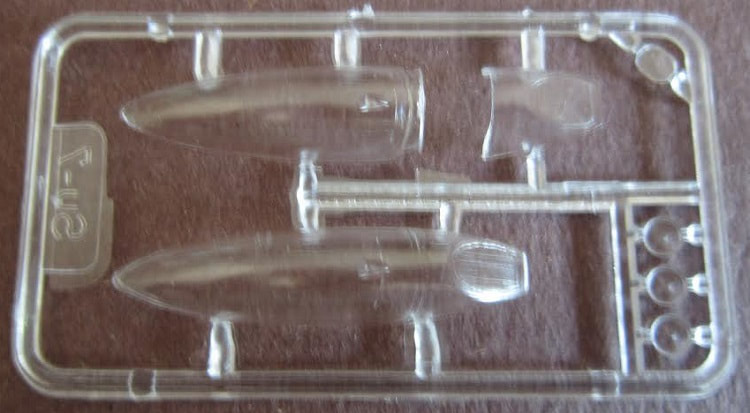 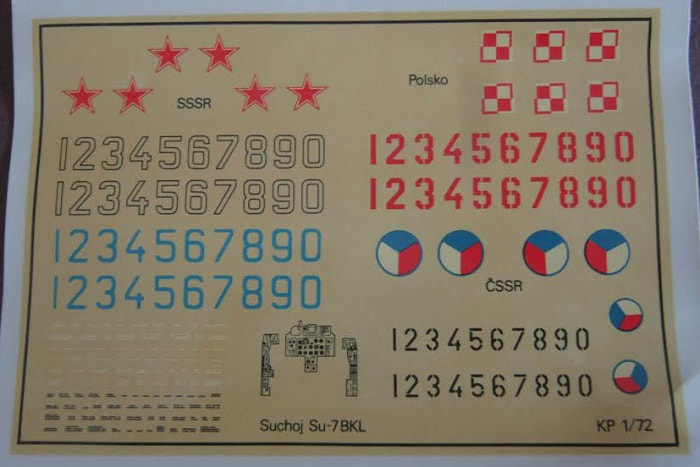 The face side of the first instruction sheet has the history of the SU-7BKL in German and English and a listing of 27 other aircraft kits that KP manufactures.

The reverse side of the sheet has 6 assembly steps on it.

The second instruction sheet is printed on both sides and it is in 8 1/2" x 12" format.

The face side has the parts trees illustrations.

The reverse side has three 2-views of color and marking schemes. (already described above as the box art and side panel schemes).

This is a very nicely detailed kit with lots of weapons options.

I bought my kit years ago at my local hobby shop. Why?? I don't know, because I am not a fan of modern jet aircraft. Not my bag! Must have been a weak moment.

I will sell this kit for a decent offer + postage.