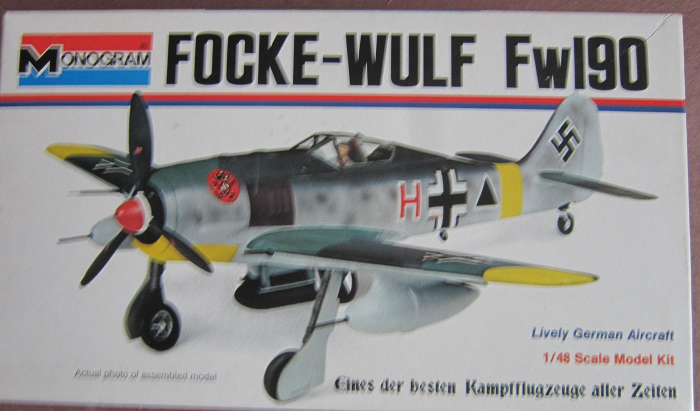 The Focke-Wulf Fw 190 Würger (English: Shrike) is a German single-seat, single-engine fighter aircraft designed by Kurt Tank in the late 1930's and widely used during World War II. Along with its well-known counterpart, the Messerschmitt Bf 109, the Focke-Wulf 190 Würger became the backbone of the Luftwaffe's Jagdwaffe (Fighter Force).

The Fw 190A started flying operationally over France in August 1941, and quickly proved superior in all but turn radius to the Royal Air Force's main front-line fighter, the Spitfire Mk. V, especially at low and medium altitudes.

The 190 maintained superiority over Allied fighters until the introduction of the improved Spitfire Mk. IX. In November/December 1942, the Fw 190 made its air combat debut on the Eastern Front, finding much success in fighter wings and specialized ground attack units called Schlachtgeschwader (Battle Wings or Strike Wings) from October 1943 on wards.

The Fw 190 provided greater firepower than the Bf 109, and at low to medium altitude, superior maneuverability, in the opinion of German pilots who flew both fighters.

From the Fw 190's inception, there had been ongoing efforts to address this with a turbosupercharged BMW 801 in the B model, the much longer-nosed C model with efforts to also turbocharge its chosen Daimler-Benz DB 603 inverted V12 power plant, and the similarly long-nosed D model with the Junkers Jumo 213.

Problems with the turbocharger installations on the -B and -C sub types meant only the D model would see service, entering service in September 1944. While these "long nose" versions gave the Germans parity with Allied opponents, they arrived far too late in the war to have any real effect.

Monogram is a old model company that produces many different model subjects in the popular scales. When this kit was released they were associated with Mattel. Monogram is based in Morton Grove, IL.

The box art shows a color photo of the model made up and posed against an all white background, similar to how Tamiya does the majority of their box arts also.

It shows a Fw-190A8/R1 version with a black-green spine over light-gray sides with black-green mottle and a light-blue undercarriage. It has yellow wing tips and fuselage band and yellow under the nose, a red and white spinner. The fuselage code is a red H outlined in white + black triangle outlined in white.

There is a black MICKEY MOUSE on a red circle on the sides of the nose and it has a black engine exhaust ramp. Unit is unknown.

One side panel of the box says "This German aircraft has long been recognized for its superior speed and maneuverability in its time. This kit was designed from photos and measurements of actual Fw-190's and may be assembled as any one of six versions. It includes pilot, authentic decal markings."

The copyright dates of 1965 & 1973 are given and Monogram's address in Morton Grove, IL. MADE & PRINTED IN USA. Followed by a color photo of a side view of the model made up in the box art scheme.

The other side panel has 2 more color walk-around type photos of the model made up in the box art scheme. 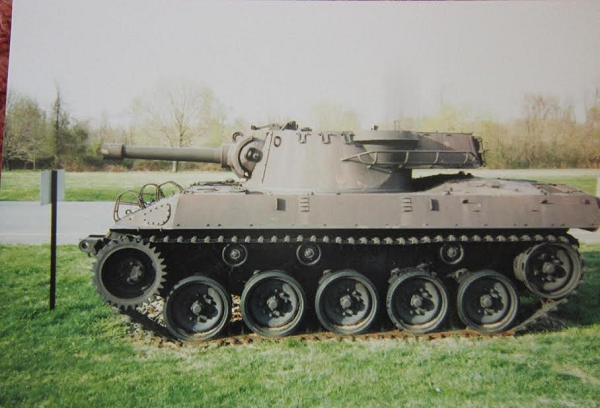 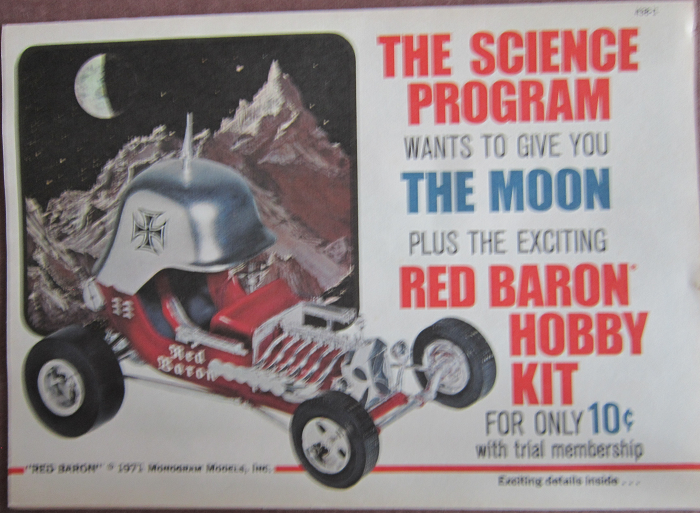 Page 1 has black and white photos of the model made up in each of the 6 schemes provided on the decal sheet and the history of the Fw-190 over Monogram's address again in Morton Grove, IL and the copyright date 1965 and MADE IN USA.

Page 5 & 6 are the painting and marking instructions of the 6 schemes:

1. A Fw-190A-5/U3. It is sand with dark-green spots above a light-blue undercarriage. It has white wing tips below the wings and under the cowling. The spinner is half white and half black. It has a white fuse code code of a chevron and bar outlined in black + horizontal white bar outlined in black.

2. A Fw-190A-7/R3 with a black-green spine, red under the cowling, dark-green mottle over light-blue sides and undercarriage, a black and white spiral on the spinner, a Knight's Cross on the rudder flap, a logo of a red circle with a white square on it and a black bird on the white square on the sides of the nose. The fuselage code is a red horizontal bar outlines in white + red 23 outlined in white. It has black engines exhaust ramps.

3. A Fw-190A-7/R2 with a black-green spine, dark-green mottle over gray sides and a light-blue undercarriage. It has a red spinner and panel under the nose, a yellow fuselage band and rudder flap with many victory markings on the flap. The fuselage code is a yellow 4 outlined in red + horizontal yellow bar outlined in red. It has a black rooster's head logo on the sides of the nose and a black engine exhaust ramps.

4. A Fw-190A-8/R1 with a black-green spine over gray sides and a light-blue undercarriage. It has a black cowling front, white spinner, yellow rudder flap. The fuselage code is yellow 4 outlined in red + horizontal yellow bar outlined in red. It has a logo of a yellow STORM WORM on the sides of the nose and black engine exhaust ramps.

5. A Fw-190A-8/R3 with a black-green spine over dark-green mottle over gray and a light-blue undercarriage. it has a yellow fuselage band, black and white spinner. The fuselage code is a red H outlined in white + black triangle outlined in white and black engine exhaust ​ramps.
​6. A Fw-190A-5/U8 with the same color scheme as no. 5 above, a red, white and black spinner, same fuselage code as no. 5. It is the box art scheme.
​Trees are not cello bagged or illustrated in the instructions. They are alphabetized as trees letters B and G and have part number tabs next to the parts on them.
The dark-green trees art the letter G ones. They hold: drop tank halves, cowling, wing flaps, elevators, nose top panel, wing halves, wheel pants, cockpit combing, under-wing gun pods, landing gear doors, fuselage halves (17 parts) 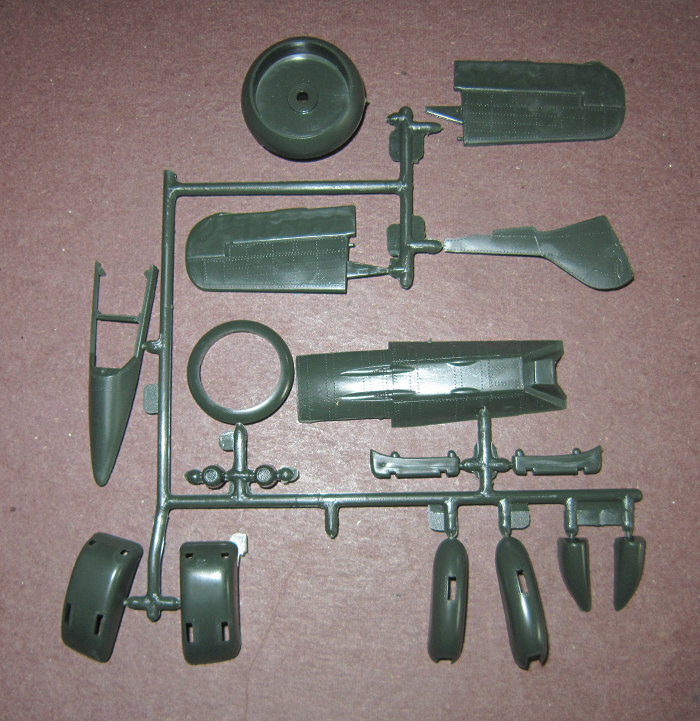 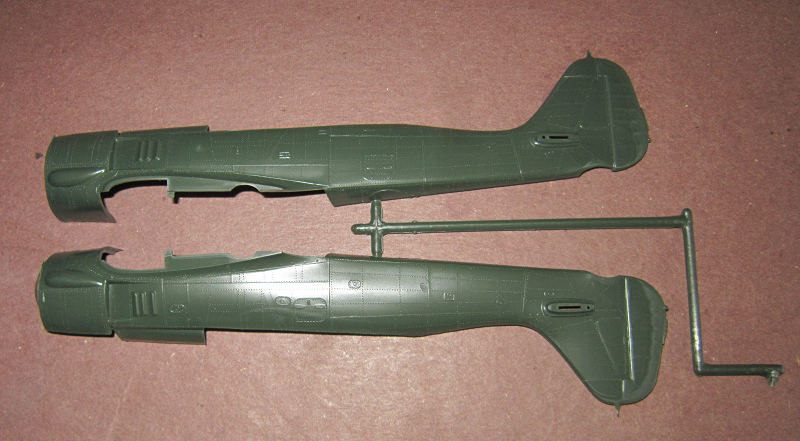 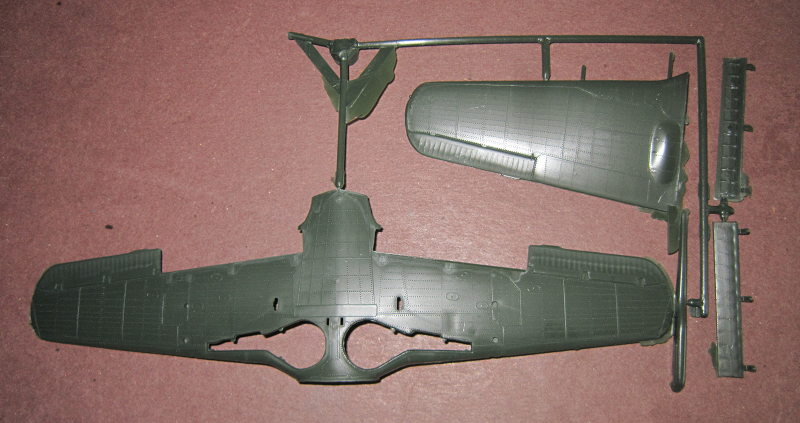 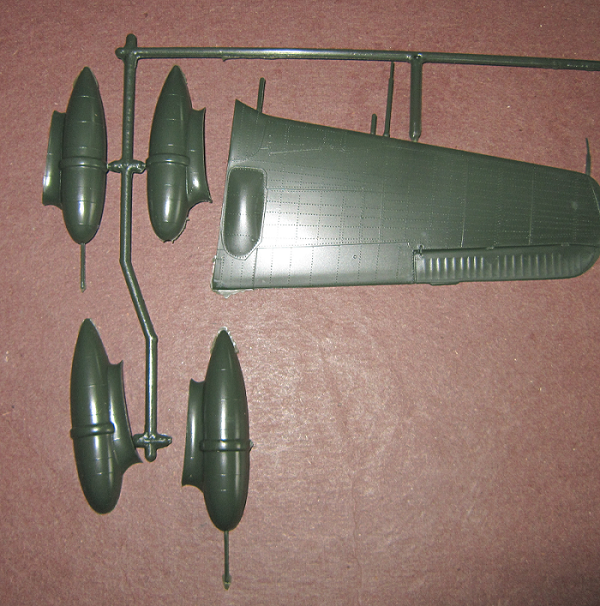 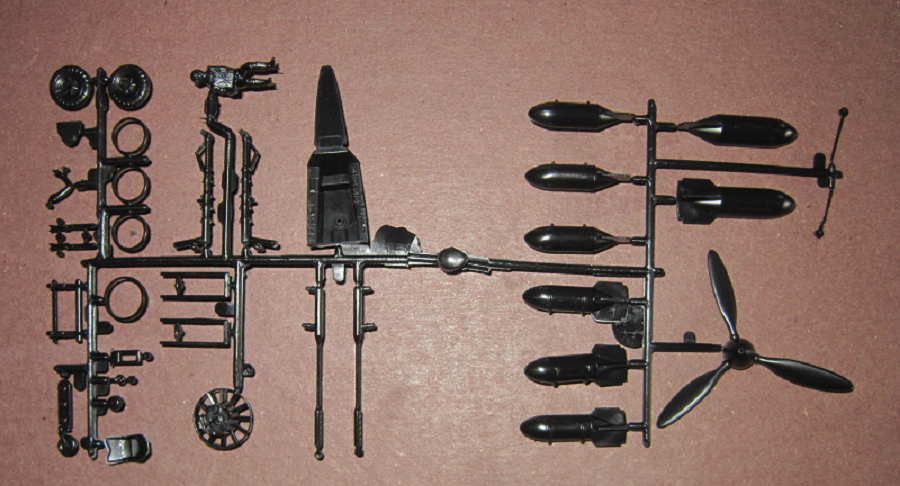 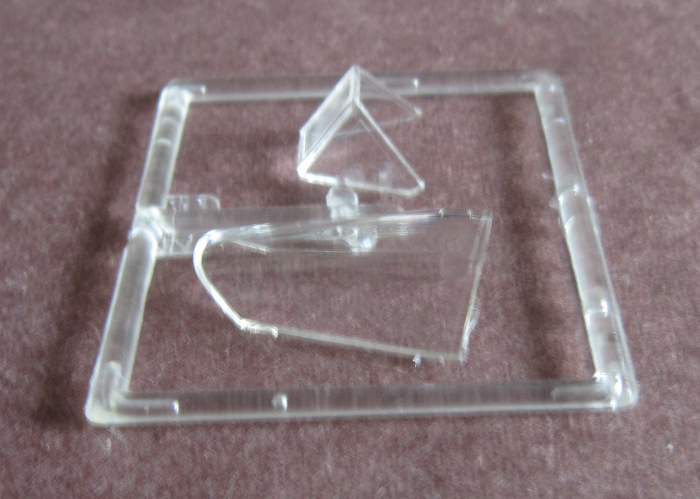 I purchased the Eduard photo etch set for detailing the flaps. 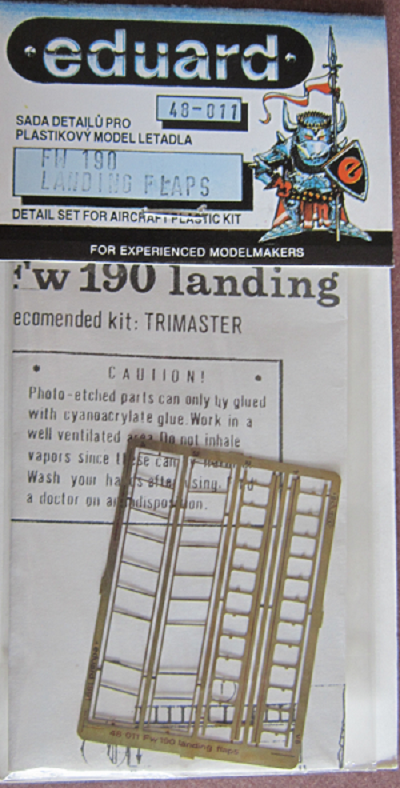