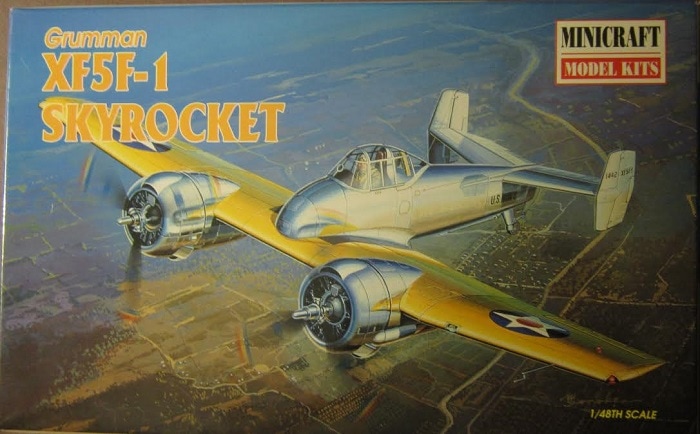 It has a copyright date of 1998, was re-released again about that time and finally again in 2012.
​HISTORY:

Probably the most ambitious project undertaken for a carrier fighter during the late thirties was Grumman's Skyrocket. At a time when the Navy was embroiled in the selection of a monoplane fighter for the fleet, planners at Grumman were busy devising a twin-engined shipboard machine. Since such a concept had never been attempted before, the big fighter was bound to be distinctive in appearance - and so it was ! So distinctive, in fact, that it became the super weapon of "Black Hawk" a fictional comic strip of the day (the 1940's).

Grumman's boldness was rewarded with a development contract for one prototype as the XF5F-1 on June 30, 1938. Two 1,200 hp Wright XR-1820 engines, each rotating in opposite directions, were selected to power the big aircraft. The first flight was made on April 1, 1940. No doubt, its radical shape made it the butt of many jokes, but its performance proved as revolutionary as its appearance. It had a top speed of 358 mph and could climb to 10,000 feet in just over four minutes.

The test program was interrupted by a problem with engine cooling. This was solved by additional air inlets and a redesigned cowling. Other shortcomings related to the boldness of the concept began to crop up, interfering with the testing. It wasn't until February 1941, that a comprehensive test of the Skyrocket was ready.

Grumman took the Skyrocket back in March 1941, and subjected the fighter to an extensive redesign program. There was no doubt they were on the right track with the promising design, but it clearly needed refining. The distinctive truncated nose was replaced with a more angular structure extending forward of the wing. Originally, the nose had been abbreviated to permit a virtually unobstructed forward view, but aerodynamics became a factor in the extension. Additionally, the engine necelles were extended behind the wing and the landing gear doors, designed to completely enclose the wheels.

The revised Skyrocket was returned to the Navy in July 1941, and more revisions were indicated as the testing resumed. One major problem was the location of the large engine necelles, which effectively blocked the pilot's view of the landing signal officer. Taking this, and the other factors which led to the redesign into account, Grumman abandoned further development of the Skyrocket as a fighter and directed their efforts toward perfecting another twin-engined fighter. To this end, the XF5F-1 became a test bed, a forerunner of the famous "X" series of research planes to be developed after the war.

On February 1943, the Skyrocket lost its main gear during landing tests at the Naval Aircraft Factory and suffered severe damage. Still considered a useful test vehicle, the XF5F-1 was repaired, but four months later the gear was again torn off. Apparently, these two accidents weakened the landing gear assembly and the aircraft was continually subject to geart failure, both in the air and on the ground. On December 11, 1944, this problem led to the final belly landing and the Skyrocket was written off and disassembled at NAS New York.

The boldness of the Skyrocket's design was reflected in the proposed armament of the aircraft. It was intended to install two Danish-build 23 mm Madson cannons, in the nose. Before these weapons could be obtained, however, Denmark had fallen to the Germans, so four .50 cal machine guns with 400 rpg served as replacements. Two 165 pound bombs could be mounted under the wings. Another feature of the Skyrocket design was a set of ten tiny weapons bays in the outer wing panels which could hold a total of 40 anti-aircraft bombs. It was intended that these bombs would be dropped among invading bomber formations.

The Skyrocket was the largest Navy fighter to date. With a wingspan of 42 feet, and a length of 28 feet, 11 inches, it weighed 7,900 lbs empty and grossed at 10,021 lbs. A fuel capacity of 178 gallons gave it a range of 780 miles. In spite of its proportions, the Skyrocket could land at 72 mph. On one occasion during diving tests. the Skyrocket reached a speed of 485 mph. However, speed attained in such a manner is not considered as part of the normal performance envelope of the aircraft.
​THE KIT:

Minicraft Model Kits was based in Torrance, CA. I think they went out of business ??

The box art shows a Skyrocket flying over a shoreline.

It has a bare-metal fuselage and cowlings with yellow wings, a black U.S. Navy is on the fuselage sides under the elevators and a black serial no. 1442 XF5F-1 is on the sides of the rudder. White stars with red centers are on blue circles above the wings.

One side panel has 3 color photos of the model made up.

​The other side panel has a small color repeat of the box art, followed by the copyright date of the kit of 1998 over Minicraft's street address in Torrance, CA and their office address in England.
​Kit is said to not be suitable for children under 36 months of age because of small parts. The kit contains one model with illustrated history. Paint and glue are not included. This is said in 6 languages including English and the kit was made in China.
​WHAT'S IN THE BOX:

This kit contains 2 large light-grey trees and a clear tree in 2 sealed cello bags, the decal sheet and the instructions.

The instructions consist of a single sheet that accordion-folds out into 6 pages in 8 1/2" x 12" page format.

Page 1 begins with a dark and grainy photo of a actual Skyrocket in flight over water, above the history of the aircraft.

Page 3 to the top of page 5 give a grand total of 10 assembly steps. over international assembly symbol explanations in 7 languages, including English. The bottom of the page has the parts trees illustrations.

Page 6 is the painting and marking instructions, with a 3-view of the box art scheme.

Trees are not alphabetized or illustrated in the instructions. However, there are number tabs next to the parts on the trees. 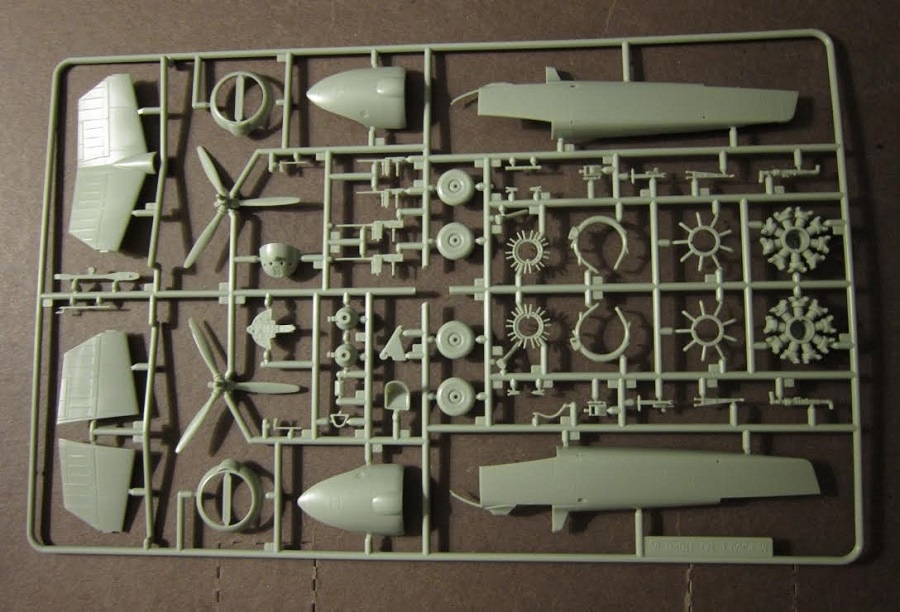 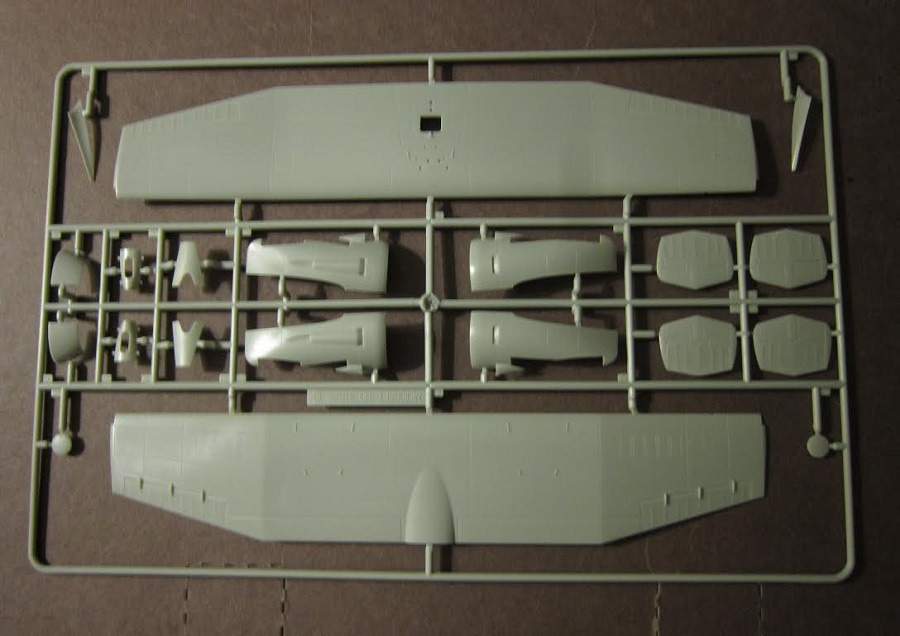 ​The clear tree holds 2 canopy halves. Both of them had broken off the tree in my kit. 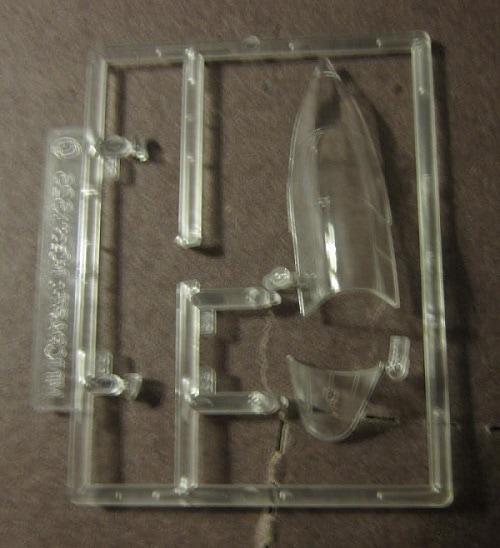 ​The decal sheet completes the kits contents. It also includes markings for the propeller blades. 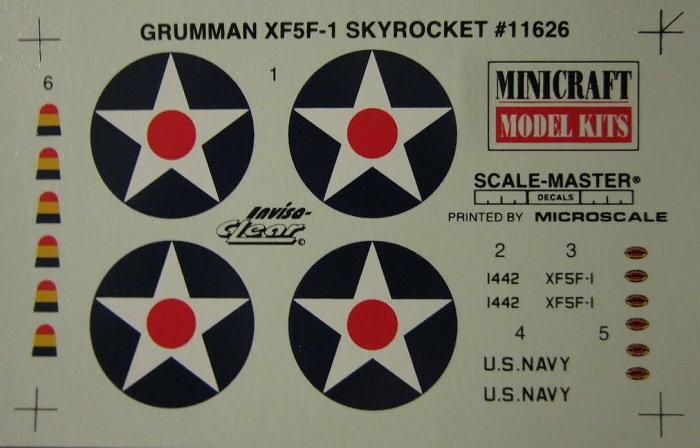 ​If you are old enough to remember, back in the 40's, there was a popular comic strip about the Blackhawk Squadron of pilot heroes. 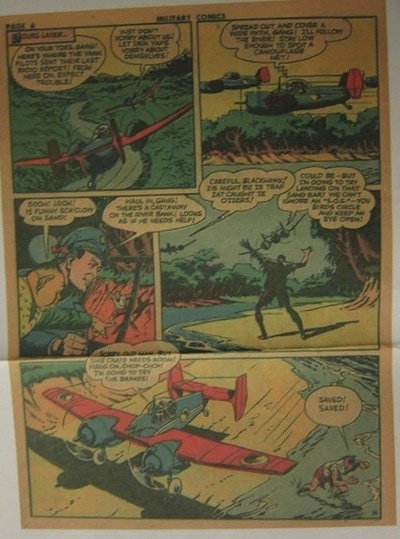 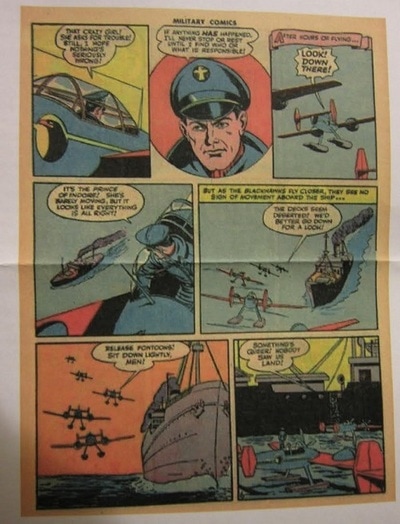 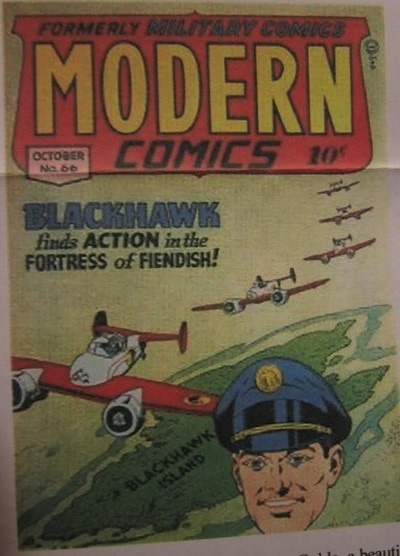 ​An Australian modeling friend of mine did some inkjet decals of their Skyrocket aircraft's markings and he sent me 2 sets of them. I will use them eventually. A NEAT SET !! 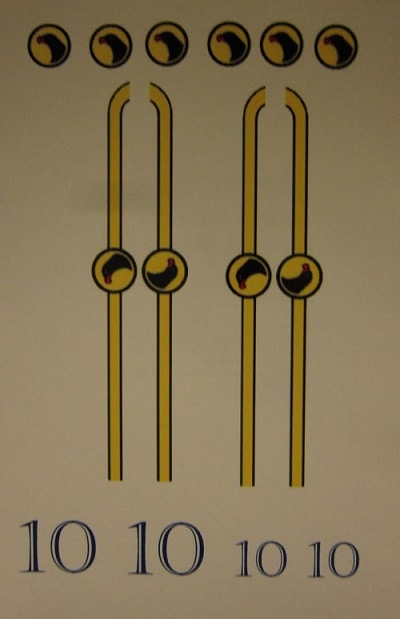 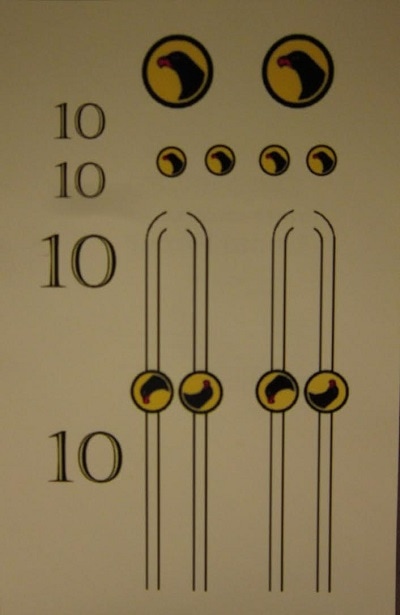 This is one nicely detailed aircraft.
​Recommended.