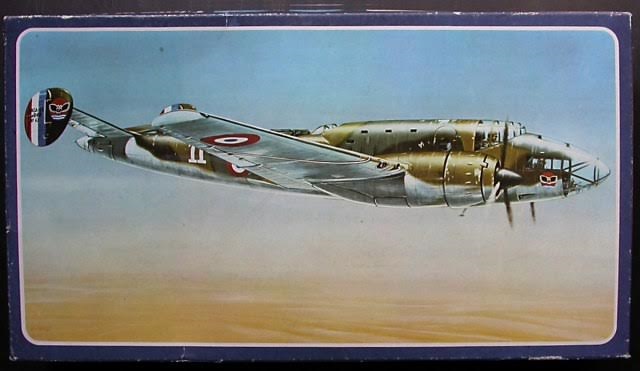 The Leo 45/451, Liore et Oliver was a French medium bomber and general purpose aircraft. The Leo 45 series began as a result of a specification issued on November 17, 1934, for a B4, a four-seat, twin-engined, long-range medium bomber with a 1200-kg (2645-lb) bomb load, and defensive armament. The Liore et Oliver entry was an all metal monoplane with a moncoque fuselage. The control surfaces were fabric-covered over a metal framework. Although somewhat fat in appearance, the aircraft proved to be extremely maneuverable, speedy, smooth to handle and had a good armament design.

After winning the competition against other contenders, such as the Amiot 341, the Latecoere 570 and the Romano 120, the Jean Mercier design team had the Leo 45-01 prototype ready for its first flight on January 16, 1937. Five weeks later, the Liore et Oliver company became part of the SNCASE (Societe Nationale de Constructions Aeronautiques du Sud-Est). Tests on the aircraft continued on July 16, 1937, after some modifications to the horizontal tail surfaces and rudders.

There were other slight difficulties during official tests, but the principal trouble was the 1080-hp Hispano-Suiza, 14AA , 14 cylinder, radial engines. Although the prototype crashed, little damage was done and an order for 20 machines, with the Hispano-Suiza power plant, was placed in January 1938, Mercier engine cowlings were fitted and slight dihedral was applied to the wingtips, but engine troubles still continued and eventually the prototype was fitted with the more reliable 1030-hp Gnome-Rhone 14N 20/21, 14-cylinder radial engines, and re-designated LeO 451-01.

The first production LeO 451 flew for the first time on March 24, 1939. Deliveries to the Armee de l’Air commenced during mid-1939, and an experimental flight was equipped with them. In March 1939 also, Greece ordered a dozen 451’s armed with 7.92-mm (0.312-in) Browning machine-guns, plus racks for 16 vertically-stowed 55-kg (120-lb) bombs, but these were never delivered. Additional French orders had been placed for a further 602 LeO 451’s and five Le) 457’s, a specialized high-altitude model. There were some 14 variants of the main design, with alternative power-plants for different roles.

Only 5 LeO 451’s were operational at the outbreak of WWII, but by May 1940 there were sufficient numbers to equip 10 squadrons, where they acted as low-level assault and strategic night-bombers, attacking areas in Germany, northern Italy and Sicily. Many were converted to serve as troop or personnel transports, naval bombers, or photo-reconnaissance, air/sea rescue and unarmed communications aircrafts. Unfortunately, their performance was restricted by limitations of engine speed, and heavy losses were incurred after the Battle of France. More than 90 were captured by the Germans and some by Italy. Of the total 584 aircraft of this series that were produced, some were still in service until the late 1950’s.
​THE KIT:

SMER is a model company based in Prague, Czech Republic.

This kit is a reboxing of a Heller kit. Like their Amiot 143.

This kit has a box art that is not cluttered with a lot of text and it  could be framed and mounted on the wall. Wish more model companies would leave their great box arts pristine like this.
The boxart shows a LeO 451 in a 3 color wave pattern camouflage of khaki, brown and medium grey over a light grey undercarraige. It has a white fuselage number 11.

There is a large insignia on the tail that shows a bat, head-on, flying over an ocean on a red circle. This insignia is done again, smaller on the nose. There is a diagonal red, white and blue stripe above and below the wings.

This is one of 2 schemes provided on the decal sheet (one more option than what was provided in SMER’s Amiot 143 kit).

A second marking option is pictured on a side panel of the box lid. The fuselage number on that one is 23 and just in front of the fuselage roundel is an insignia of a white bird inside a horseshoe.

These 2 aircraft also have different tail rudder shapes and you get both kinds in the kit.

We are not told what squadrons these are in the kit, unfortunately.

The decal sheet also includes instrument faces for the cockpit.
​WHAT'S IN THE BOX:

Inside the box is one large cello bag and one small one full of parts.

The large one holds two light gray trees of parts, the fuselage and wing halves and 2 clear parts that make up a stand.

The smaller bag has the clear window parts and a small tree that has just the two rudder alternate parts on it.

The instruction and decal sheet complete the kits contents.

The instructions consist of a large sheet folded in the center into 4 pages.

The first page begins with a full color copy of the kit’s box art, followed by the history of the LeO 451 in Czech only.

Pages 2 and 3 give us a total of 15 assembly steps. To the left, on page 2, is a blow by blow instructions on how to assemble the kit. However, like SMER’s Amiot kit, this is all in Czech. Wish they’d have done these in English..sigh.

This kit has cockpit interior parts, where their Amiot kit did not. I am pleased to see this. There are parts for the pilot, navigator and radio operator’s compartments. Very nice.

Assembly of the kit only provides for the ventral gun position to be extended, but I believe…by scribing it’s outline into the fuselage bottom, it could be shown retracted.

The main landing gear is very detailed with many actuating arms and struts.
​Then there are the two fuselage halves and wing halves individually. 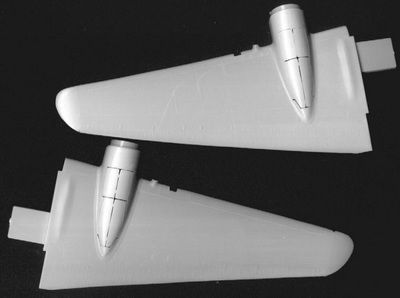 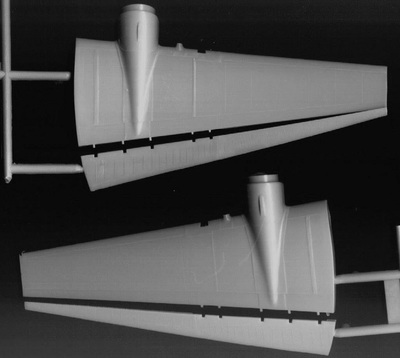 The upper wing halves have the ailerons molded separately on the tree with them. The lower wing halves have them molded in solid and the landing gear doors in the engine cowlings are 90% cut through and will have to be cut out with a fast pass of the X-Acto knife to have them posed with the gear down.
​ The clear window parts (18 parts) and the two piece clear stand. 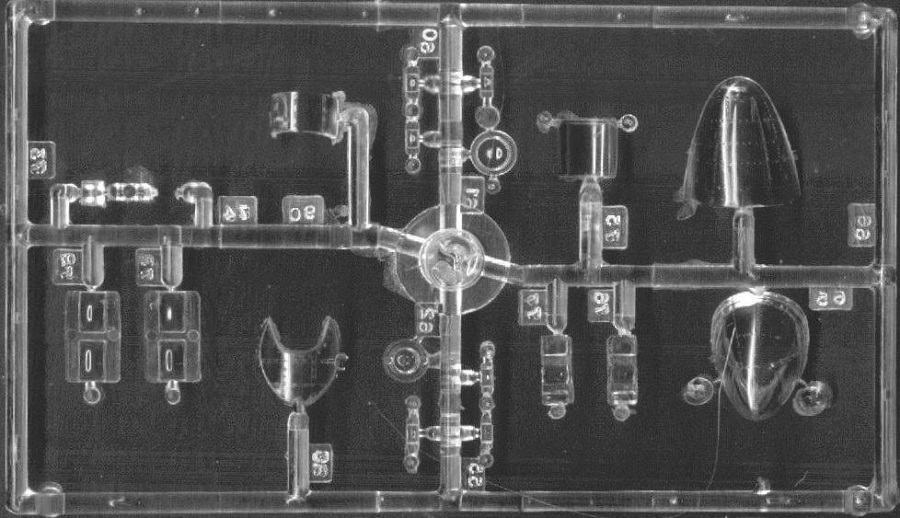 ​The decal sheet completes the contents (already described above). 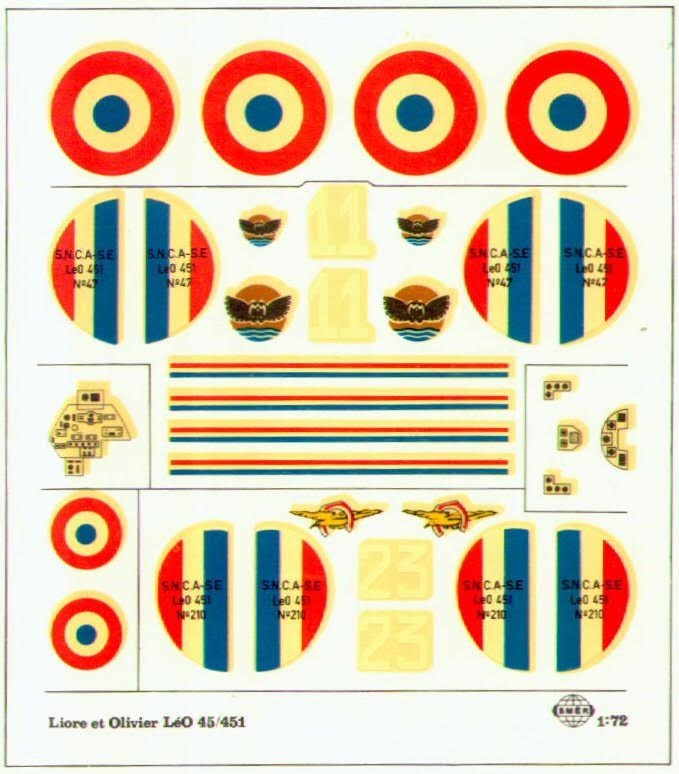 This is one of more sleek bodied French bombers produced in the 30’s, the other ones being kind of slab-sided and often looking like a boxcar with wings.

This old Heller mold has been around for over 40+ years (having first appeared in 1966) and it is state of the art for back then with raised detail, which may not please some modelers.

However, in good hands it will make up nice and be a welcome change from the steady diet of German stuff on the market.

Highly recommended and very nicely detailed.
​I got this kit in trade with a modeler in Warsaw, Poland years ago. I have 2 of this kit he sent to me.