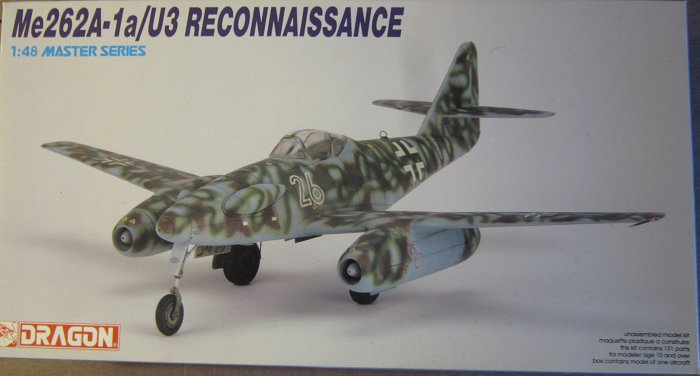 Design work started before World War II began, but problems with engines, metallurgy and top-level interference kept the aircraft from operational status with the Luftwaffe until mid-1944.

The Me 262 was faster and more heavily armed than any Allied fighter, including the British jet-powered Gloster Meteor. One of the most advanced aviation designs in operational use during World War II, the Me 262's roles included light bomber, reconnaissance and experimental night fighter versions.

Me 262 pilots claimed a total of 542 Allied aircraft shot down, although higher claims are sometimes made. The Allies countered its effectiveness in the air by attacking the aircraft on the ground and during takeoff and landing.

Strategic materials shortages and design compromises on the Junkers Jumo 004 axial-flow turbojet engines led to reliability problems. Attacks by Allied forces on fuel supplies during the deteriorating late-war situation also reduced the effectiveness of the aircraft as a fighting force.

In the end, the Me 262 had a negligible impact on the course of the war as a result of its late introduction and the consequently small numbers put in operational service.

While German use of the aircraft ended with the close of World War II, a small number were operated by the Czechoslovak Air Force until 1951.

Captured Me 262s were studied and flight tested by the major powers, and ultimately influenced the designs of post-war aircraft such as the North American F-86 Sabre and Boeing B-47 Stratojet.

Several aircraft survive on static display in museums, and there are several privately built flying reproductions that use modern General Electric J85 engines.

The box art shows a color photo of the Me-262A-1A/U3 model made up and sitting on its landing gear against an all-white background. Similar to how Tamiya does the majority of their box arts too.

It is in a squiggle pattern of dark-green over light-grey with light-blue undercarriage. It has a red no. 26 outlined in white on the sides of the nose and skeletal white fuselage cross.

The box art says it is an unassembled kit of 131 parts and is for modelers age 10 and older. Box contains a model of one aircraft.

One side panel has 3 color walk-around type photos of the model made up in the box art scheme, followed by the copyright date of 1997, over DML's street address in Hong Kong, China and the kit was made there.

The other side panel has a color photo of DML's kit no. 5534 of a FW-190D-12 Torpedo Flugzeug Fighter made up, followed by CAUTIONS in 6 languages, including English to not use paint or cement near an  open flame and be in a well-ventilated room when you do use them. Kit is for modelers over 10 years of age.

Kit is unsuitable for children under 3. The copyright date is repeated and DML's address.

The instructions consists of a single-sheet that accordion-folds out into 8 pages in 8 1/2" x 11" page format.

Page 1 begins with a black and white repeat of the cover art and the parts trees illustrations. Some parts are shown blue-out. Meaning they are excess and not needed to complete the model.

Page 2 begins with CAUTIONS, above international assembly symbol explanations and a suggested paint color listing of Gunze Sangyo and Italeri brands of hobby paints, in 6 languages, including English.

The bottom of the page has the 1st assembly step.

Page 3 through 6 give a balance of a grand total of 15 assembly steps.

Page 7 & 8 are painting and marking instructions.

Page 8 has an illustration of the top and bottom of the 262 showing where the marking go, over a repeat of the copyright date, printed in Hong Kong and decal application instructions in the 6 languages.

The largest of the 2 decal sheets says it is from DML's kit no. 5507 of the Me-262A-1A Jabo and only the stencils and crosses are right for this kit.

​The smaller decal sheet just has white outlined numbers on it. No swastikas are on these sheets or any of the pictures on the box or on the instruction drawings. This is to keep the kit "Politically Correct" in countries where it is sold that have that symbol outlawed. 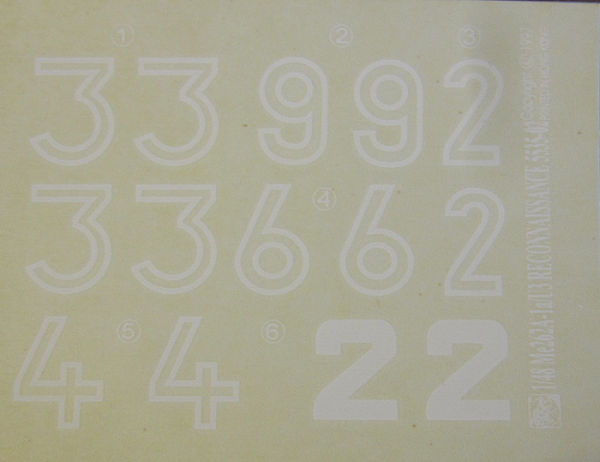 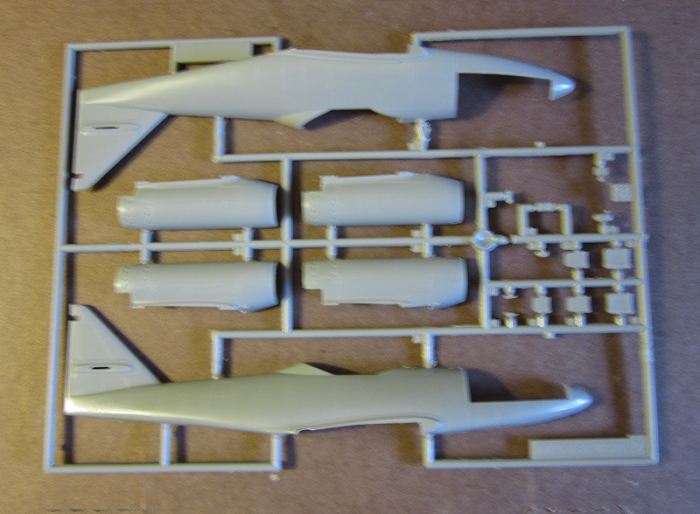 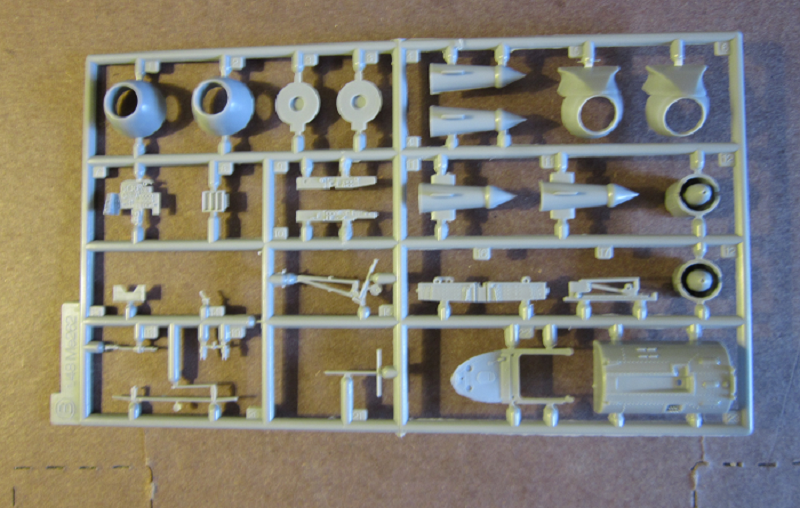 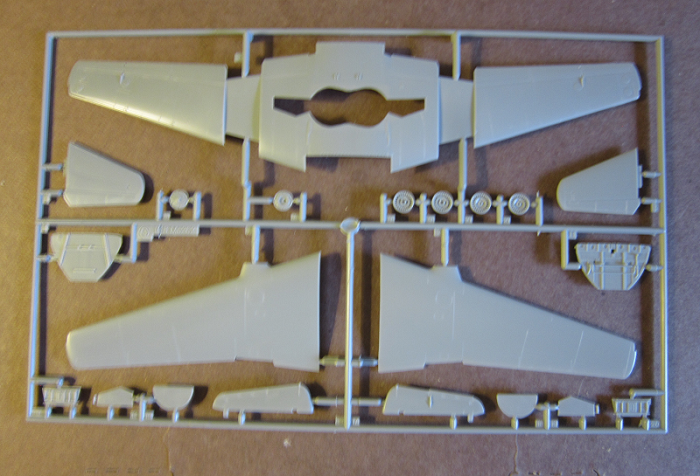 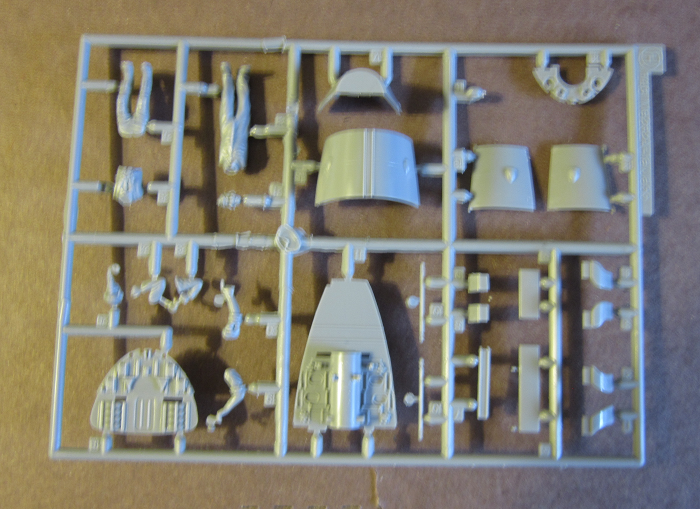 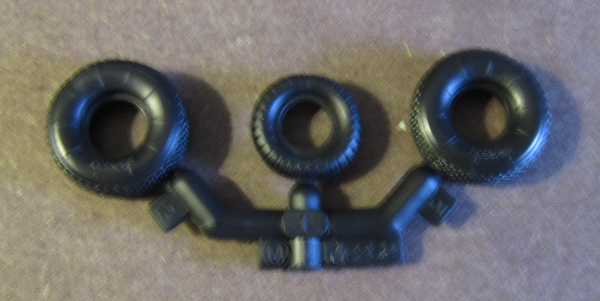 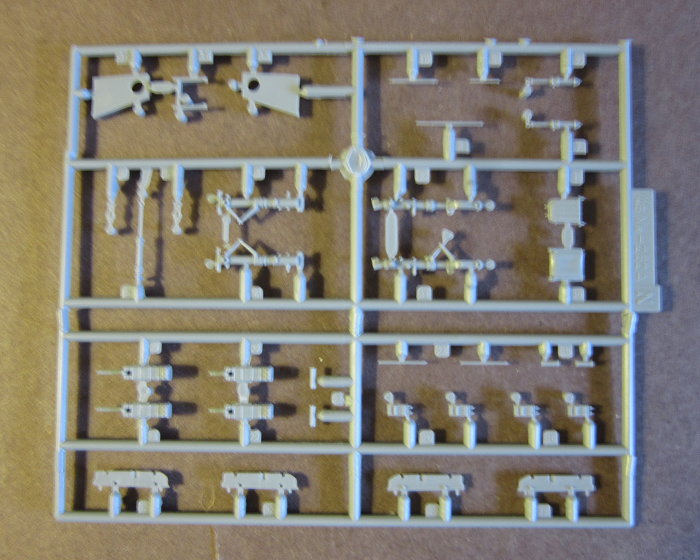 ​The decal sheet completes the kits contents.
​Nice engraved detail. No pilot figure included and flaps are all molded solid.