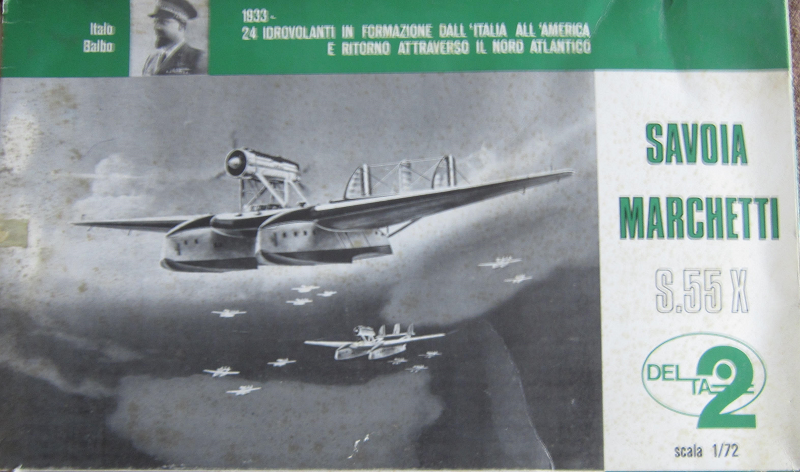 The Savoia-Marchetti S.55 was a double-hulled flying boat produced in Italy, beginning in 1924. Shortly after its introduction, it began setting records for speed, payload, altitude and range.

The S.55 featured many innovative design features. All the passengers or cargo were placed in the twin hulls, but the pilot and crew captained the plane from a cockpit in the thicker section of the wing, between the two hulls.

The S.55 had two inline contra-rotating propellers, mounted in tandem. The engines were canted sharply at an upward angle. Two wire-braced booms connected the triple-finned tail structure to the twin hulls and wing.

Even though its design was unusual, the Savoia-Marchetti S.55 was a remarkably airworthy craft. In 1926, the S.55P prototype set 14 world records for speed, altitude and distance with a payload.

The S.55's greatest successes, however, were its many flights between Europe and the Americas.

The first staged south Atlantic Ocean crossing was made in 1922 using three different Fairey III machines and the Dornier Do J Plus Ultra crossed in January 1926 with a single stop at the Cape Verde Islands.

The first S.55 crossing was made a year later by the Santa Maria under Francesco de Pinedo. After flying south to Bolama, at that time in Portuguese Guinea they hoped to cross the ocean without another stop but were forced down at Cape Verde, reaching Brazil on 23 February 1927.

After the crossing, the aircraft was traded to Brazil for coffee beans.The Brazilian João Ribeiro de Barros and his crew of three made another crossing in S.55 "Jahú" on 24 April 1927. Departing from Santiago Island, he crossed the Atlantic in "Jahú" and landed at Fernando de Noronha Island, Brazil.

Pilots Francesco de Pinedo and Carlo del Prete took off from Sesto Calende, Italy, in an S-55.[when?] Four months later, they arrived back in Italy, having flown nearly 48,280 km (30,000 mi) in 193 flying hours and having made just over 50 stops, including Rio de Janeiro, Buenos Aires and New York City.

The Italian Air Marshall of the time, Italo Balbo became famous for organizing a squadron of S.55s for Atlantic crossings, culminating in his 1933 flight with 24 aircraft to Chicago's Century of Progress International Exposition.

On 1 July 1933, General Balbo commanded a flight of S-55s from Orbetello, Italy, completing the flight in just over 48 hours, maintaining a tight "V" formation. These large fleets of aircraft were sometimes called a "Balbo".

The aircraft went on to serve in the Regia Aeronautica as a long-range bomber and patrol aircraft, but by World War II, the last S.55s were no longer serviceable and were in reserve.

Delta 2 was a model company based in Italy. I believe they went out of business.

This kit came in a large, flimsy end-opening type box. Mine is rather crushed. I am no fan of this type of box, because invariably parts or the decal sheet find their way past one of the end flaps to become lost forever. Give me a tray and lid type box any day of the week.

The box art has a black and white portrait of one of the pilots of the S.55X and "1933- 24 seaplanes in formation from Italy to America, then returned across the North Atlantic", in Italian.

12 of them are shown in flight.

They are overall chalk-white, with black striping and trim and green catamaran hull bottoms. There is an Italian fascist ax on the side of the nose and a blue section on the sides of the booms with a white cross on it some words.

The rudder flap has vertical bars on it that are yellow, white and green with a blue horizontal bar before them on the rudder with wording that is unreadable.

One side panel shows black and white box arts of other Delta 2 kits: a MC-72 float plane and a Caprini Caproni experimental jet. No kit numbers are given for these.

​The box bottom has a black and white 4-view of the S.55X. It shows black lettering I-BALB underneath the wings. 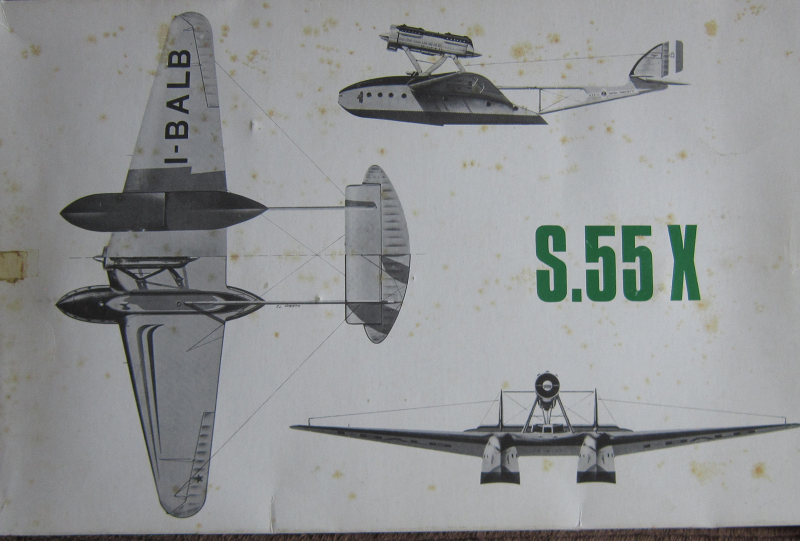 This kit contains 2 large medium-grey trees, a clear tree and the decal sheet in a large clear sealed cello bag, and the instructions.

The instructions consists of a single-sheet that is folded in the center to create 4 pages in 9 1/2" x 9 1/2" page form.

Page 1 has the parts trees illustrations.

Page 2 & 3 have two exploded drawings for assembly purposes and a lot of Italian text.

Page 4 has the painting and marking instructions as a 7-view.

Trees are not alphabetized and no part number tabs are next to parts on the trees. 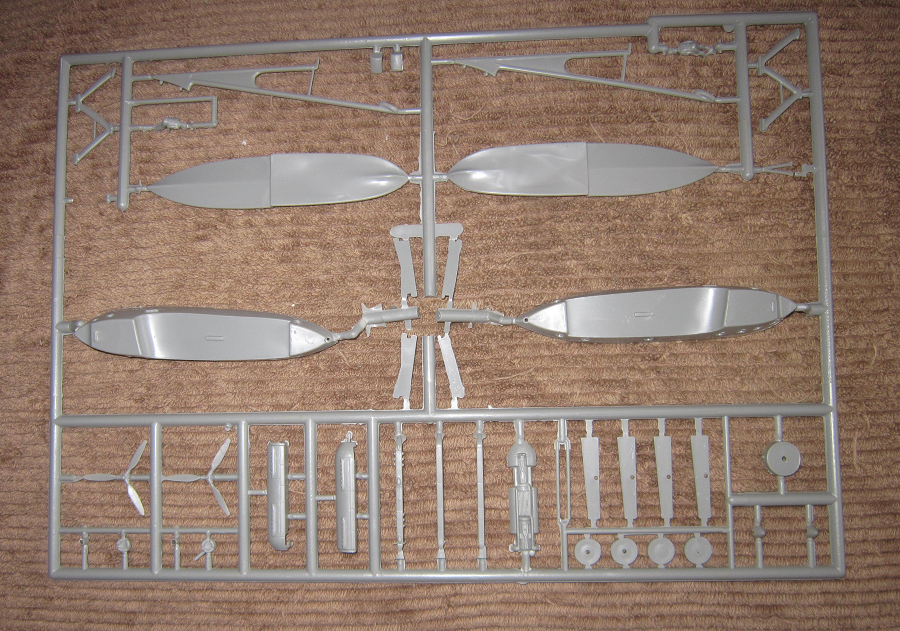 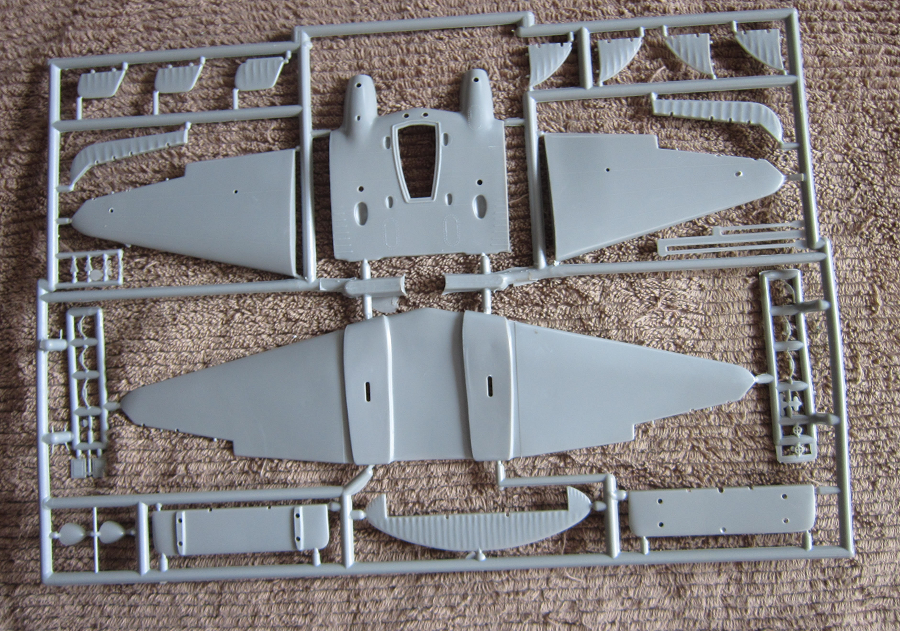 A chunk broke out of the display stand base plate and I glued it back on. 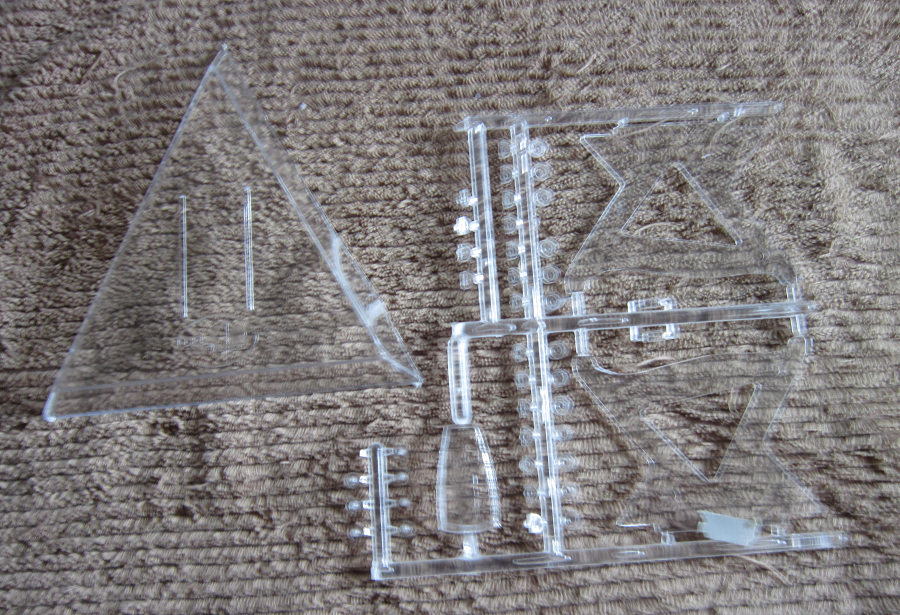 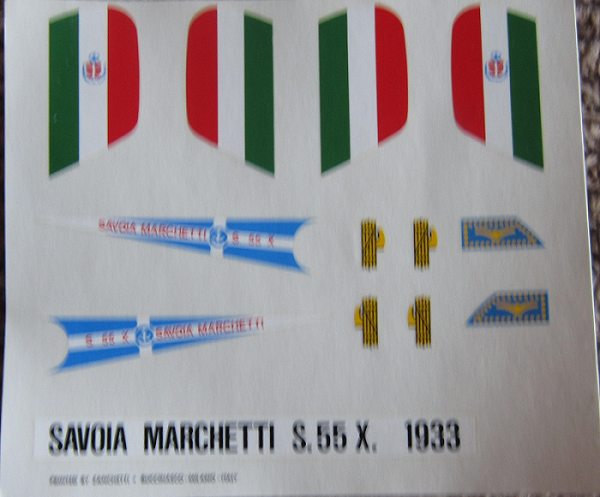 ​I bought the Chartpack brand large black letters set to do the lettering under the wings of the S.55X. However, these are the dry-transfer rub-on type decals and with their age I don't know if they will still rub off the backing sheet and stick to a model or not. They are in a completely sealed cello bag, so they may work. It'll remain to be seen later. 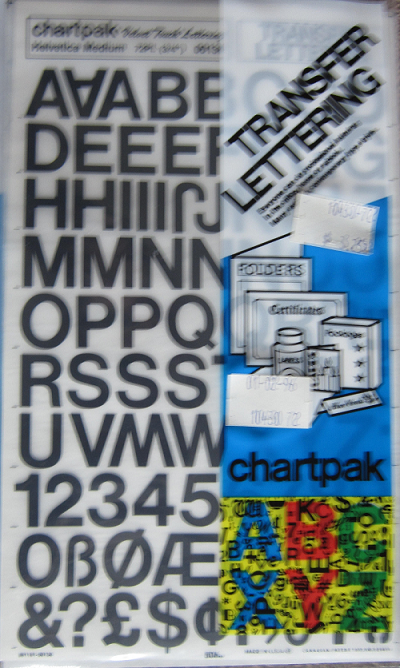 ​Also, I added the Wings magazine, August 1975 issue that has an article in it all about the S.55X. Interesting reading!! 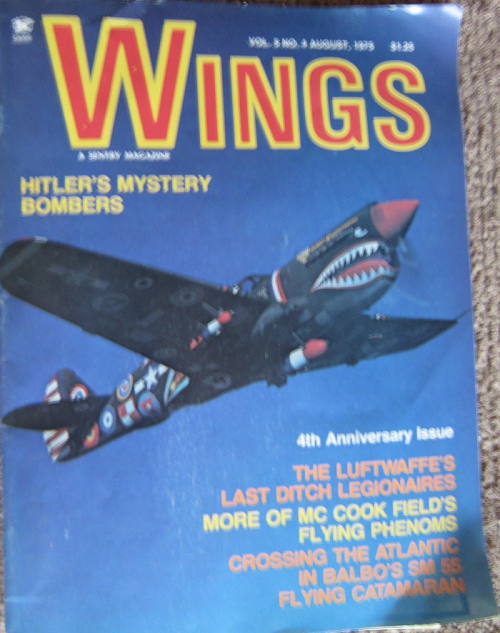 Color portrait of the plane.

​There are no crew figures in the kit and the detail is all of the raised variety.