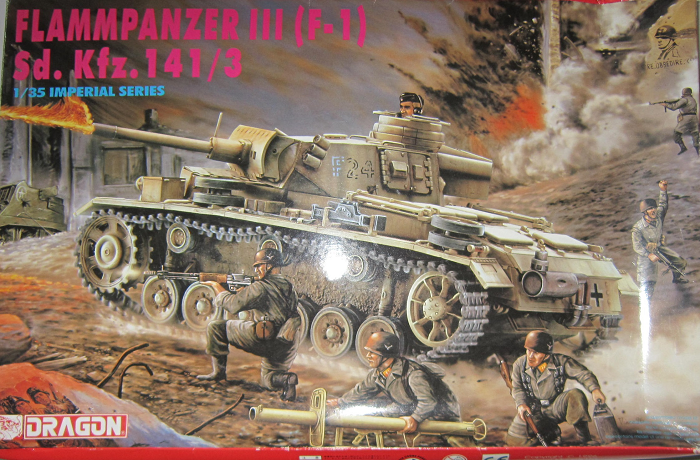 A flame tank is a type of tank equipped with a flamethrower, most commonly used to supplement combined arms attacks against fortifications, confined spaces, or other obstacles. The type only reached significant use in the Second World War, during which the United States, Soviet Union, Germany, Italy, Japan and the United Kingdom (including members of the British Commonwealth) all produced flamethrower-equipped tanks.

A number of production methods were used. The flamethrowers used were either modified versions of existing infantry flame weapons (Flammpanzer I and II) or specially designed (Flammpanzer III).

They were mounted externally (Flammpanzer II), replaced existing machine gun mounts, or replaced the tank's main armament (Flammpanzer III). Fuel for the flame weapon was either carried inside the tank, in armored external storage, or in some cases in a special trailer behind the tank (Churchill Crocodile).
THE KIT:

The box art shows a Flammpanzer III moving down a city street in Italy, past battle-damaged buildings. One building on a hill is exploding. It has a illustration of Mussolini on it's wall with white RE OBEDIRE below it. I went on line and could not find a translation for this.

In front of the other building is a U.S. M-7 Priest knocked-out with a shell hole in the side.

There are 5 German Fallshirmjager's (paratroopers) around the tank. One man on the hill is firing his MP-40. A second man behind the tank is also armed with a MP-40. He has his left arm raised. Three men are kneeling on one knee on the side of the tank.

One is firing a MP44. Another is holding a panzerschreck German bazooka. A man behind him holds an ammo can. All the men wear gray smocks, green pants tucked into black jack boots and steel helmets.

On a slab by the side of the road is a German propaganda poster.

The Flammpanzer III is overall Dunkelgelb with a stenciled white F followed by a stenciled black 24 on the turret sides and a German cross on the rear of the hull.

One corner of the box art says the kit is for modelers over 10 years of age and it contains 514 parts for one model.

One side panel has a color box art of DML kit no. 6051, a Jagdtiger Porsche Production Type, Sd.Kfz. 186. Followed by a CAUTION to not use glue and paint near an open flame and be in a well ventilated room.

​Kit is not for children under 3 due to small sharp parts. Copyright is 1996 over DML's street address in Hong Kong, China and kit was made there.

The other side panel has 3 color walk-around type photos of the model made up in the box art scheme and a repeat of DML's address and copyright date.

This kit contains 12 light-gray trees, a steel PE fret, the decal sheet and the instructions in 11 sealed clear cello bags.

The instructions consists of a single-sheet that accordion-folds out into 8 pages in 14" x 8 1/4" page format.

Page 1 begins with a black and white repeat of the box art, over the parts trees illustrations. Some parts are blued-out. Meaning they are excess and not needed to complete the model.

Page 2 begins with Cautions about the kit, over international assembly symbol explanations and a suggested listing of paint colors by Gunze Sangyo and Italeri brands of hobby paints, in 6 languages, including English.

Page 3 through 7 gives a grand total of 19 assembly steps.

Page 8 is the marking and painting instructions. It has a 4-view of the Flammpanzer III in the box art scheme. It further shows the white stenciled F followed by the black stenciled 24 on the back of the turret too. (scheme already described above).

At the bottom of the page is the decal application instructions in 6 languages, including English, the copyright date 1996 and PRINTED IN HONG KONG.

Light-gray letter A is the hull top part.
​Small letter b light-gray tree holds turret parts etc. (20 parts) 6 parts are excess and this tree is co-joined to letter A, the hull top. 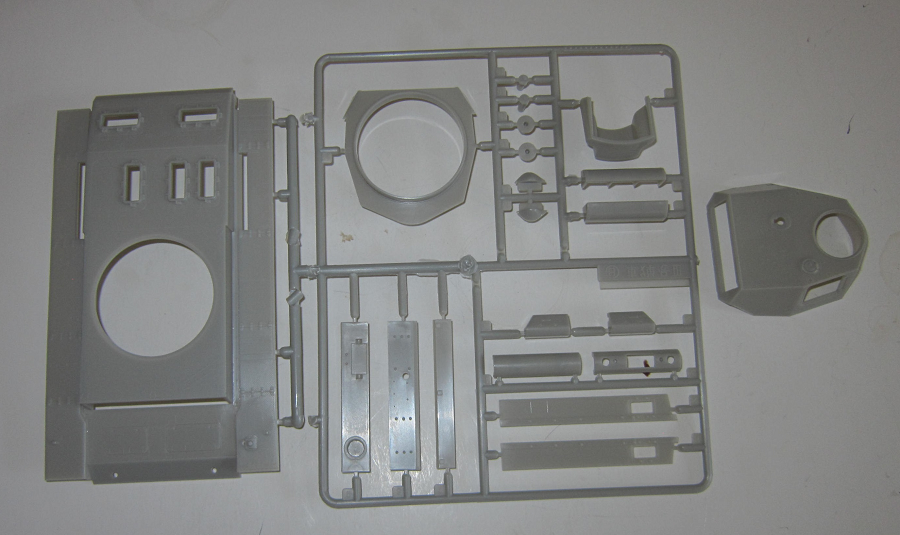 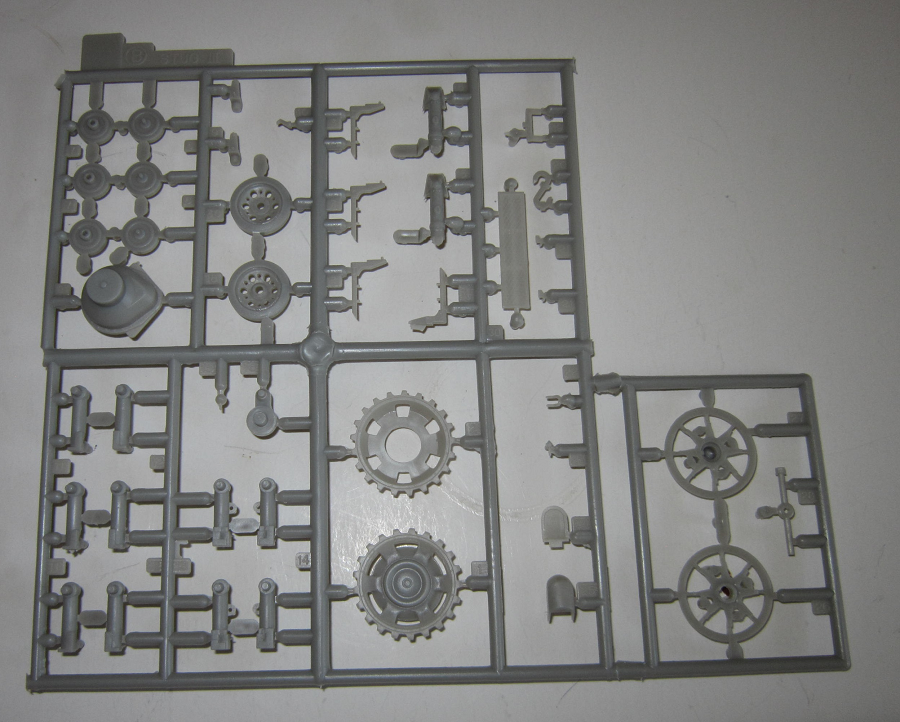 ​Light-gray letter C is the hull tub part, with molded in bogies on it. 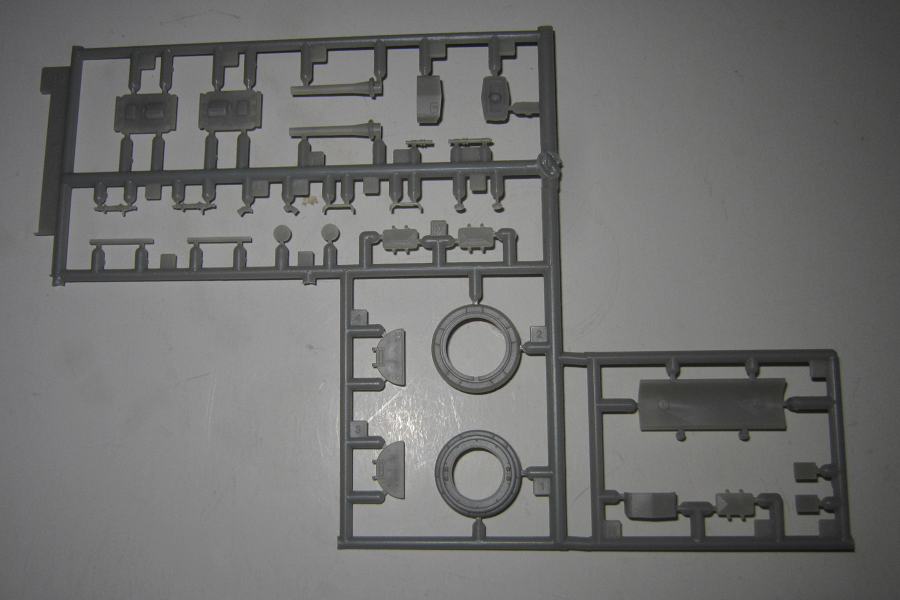 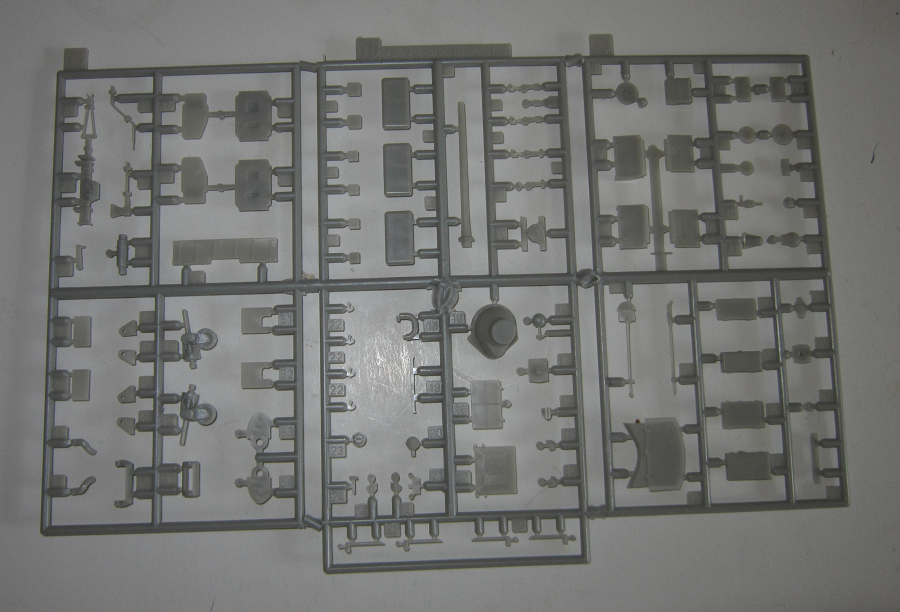 ​There are 3 identical light-gray letter G trees. They hold individual links (78 parts each) 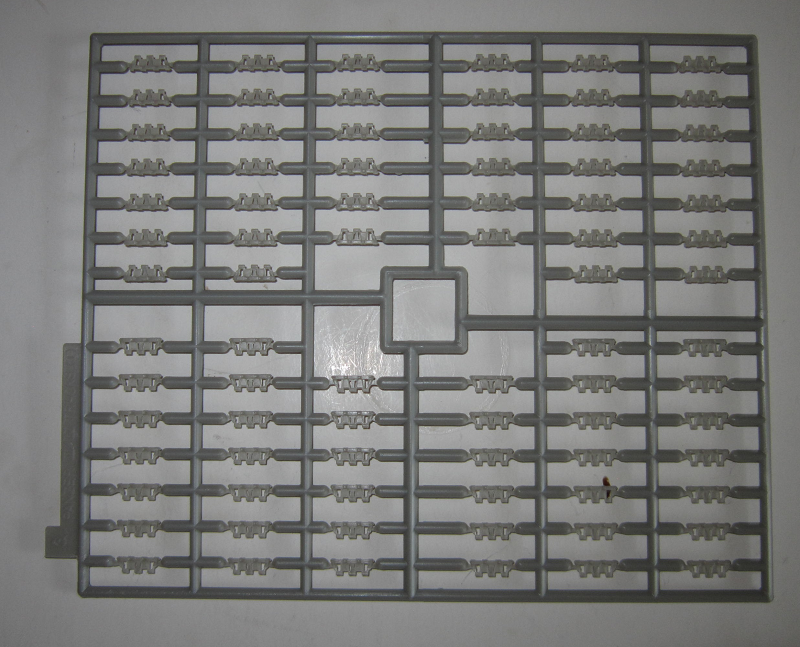 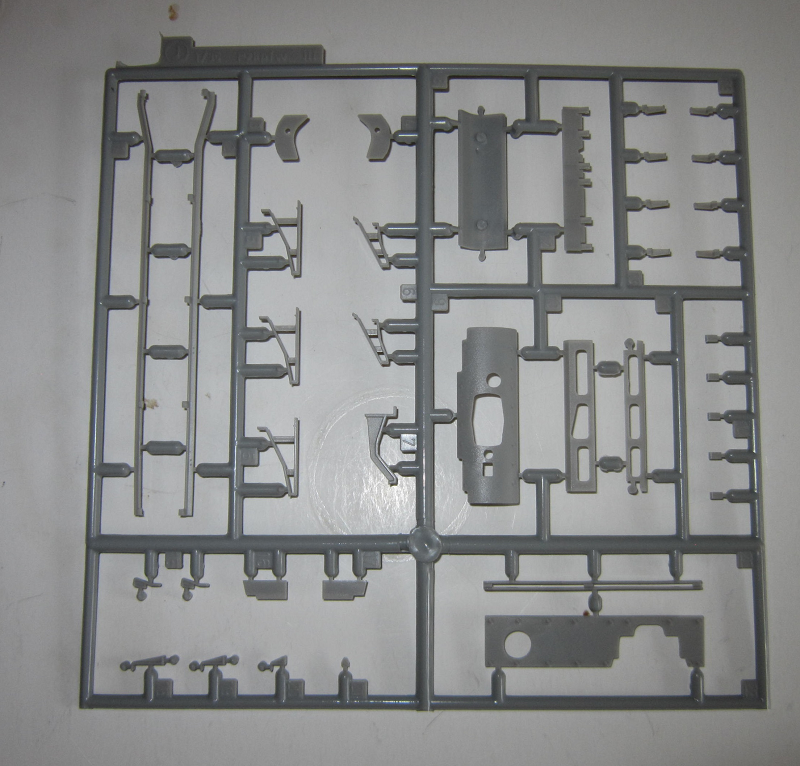 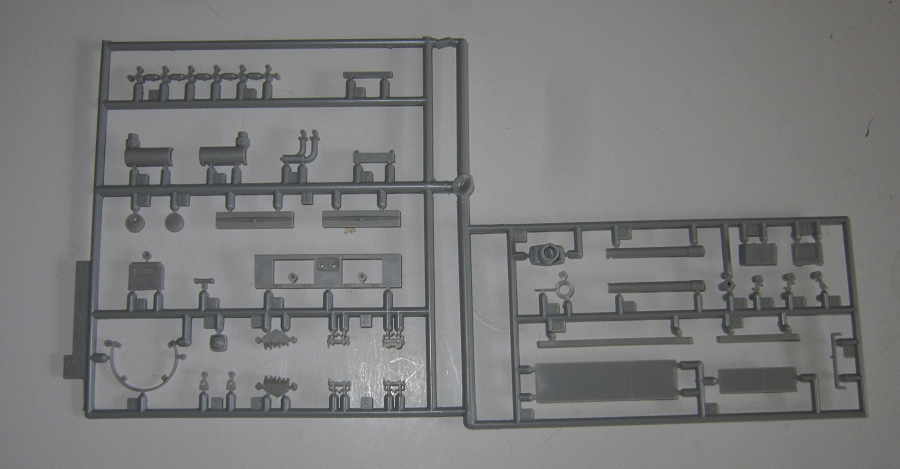 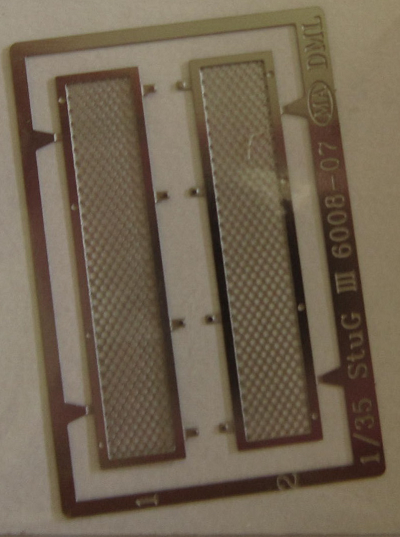 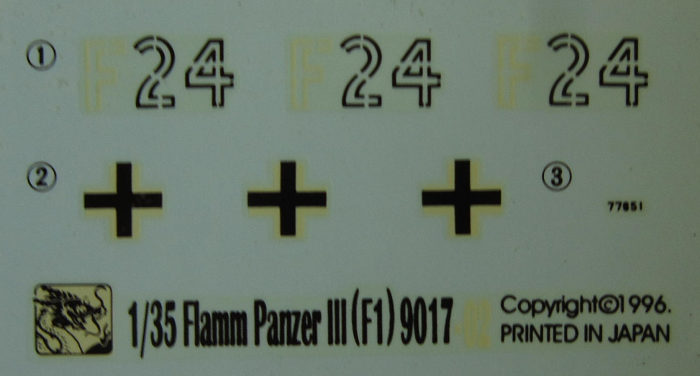 ​There are no clear parts, crew figures or interior detail in the kit.