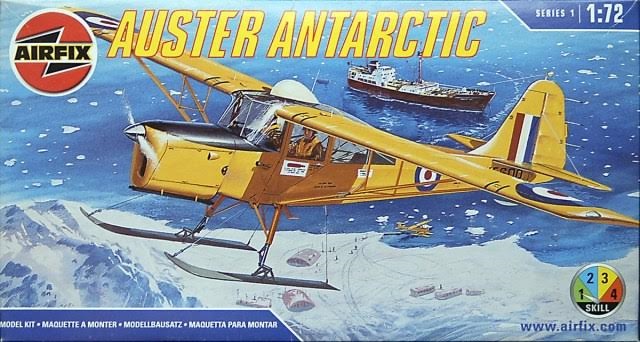 The specially modified aircraft supplied to the Antactic expedition is one of the lastest of the famous series of Auster aircraft, and is a variant of the Auster in current service with the British Army. It differs from the standard aircraft in its additonal fuel capacity and more elaborate radio and direction-finding equipment.

The Auster was first introduced during WWII, as an artillery observation and liason aircraft, and has been progressively developed, both for military and civil use.
The ability take off and land in a restricted space, coupled with reliability and the choice of a wheel, float or ski undercarraige, has made the Auster one of the most widely used of any light aircraft of the present time.

The Auster is powered by the De Havilland Gipsy Major engine of 145 h.p., giving a maxmum speed of 123 m.p.h.

Airfix is an old prolific model company based in the UK. They make all manner of model subjects in the popular scales.

This kit comes in a cello-bag held shut with a stapled on header sheet.
​WHAT'S IN THE BAG:

The instructions serve as the header sheet that is stapled to the top of the bag to hold it shut.
The instructions consist of a single sheet folded in the center to create 4 pages in 7"1/2" page format folded again.

Page 1 of the instructions has the art work of the kit on half of it.

It shows an Auster 6 Antarctic on skis oveflying a snow covered coast line with a cargo ship offshore.

It is bright yellow overall with a black anti-glare panel in front of the windscreen. It carries British roundels and fin flash. The black serial no. WE600 is on the sides of the fuselage behind the roundel and in larger black letters under each wing. There is a white triangle below the cockpit that has some unreadable black words on it above a black illustration of a bomb.

We are not told what British unit this belongs to.

Spread across pages 2 & 3 is three assembly steps accompanied by text to walk modelers through the assemblies.

These will have to be carefully studied to get the right parts for the builds as there are no parts trees illustrations included in the instructions and no number tabs next to the parts on the trees. Bad move Airfix.

Page 4 has a 3-view of the kit art scheme (already described above) It is given the step no. 4.
The first yellow parts tree holds: the elevator and struts (7 parts) 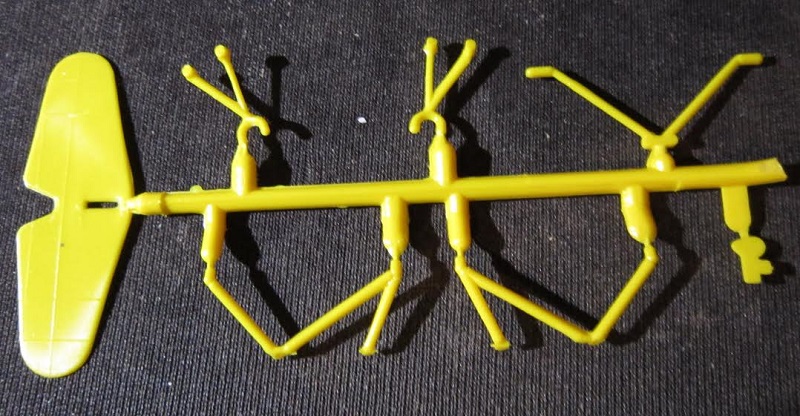 ​The third yellow parts tree holds: upper wing halves and half of the fuselage (3 parts) 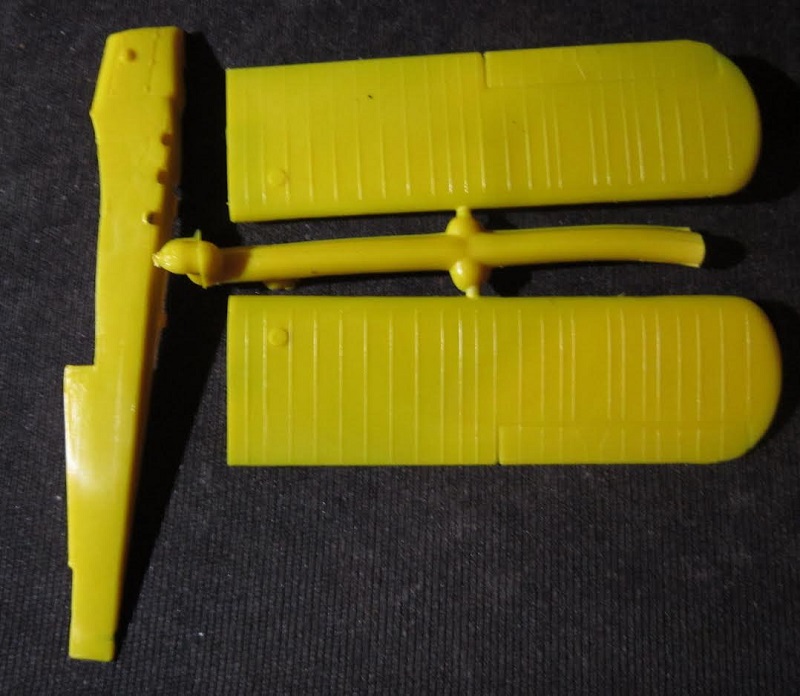 ​The fourth yellow parts tree holds: the lower wing halves  and the other half of the fuselage (3 parts) 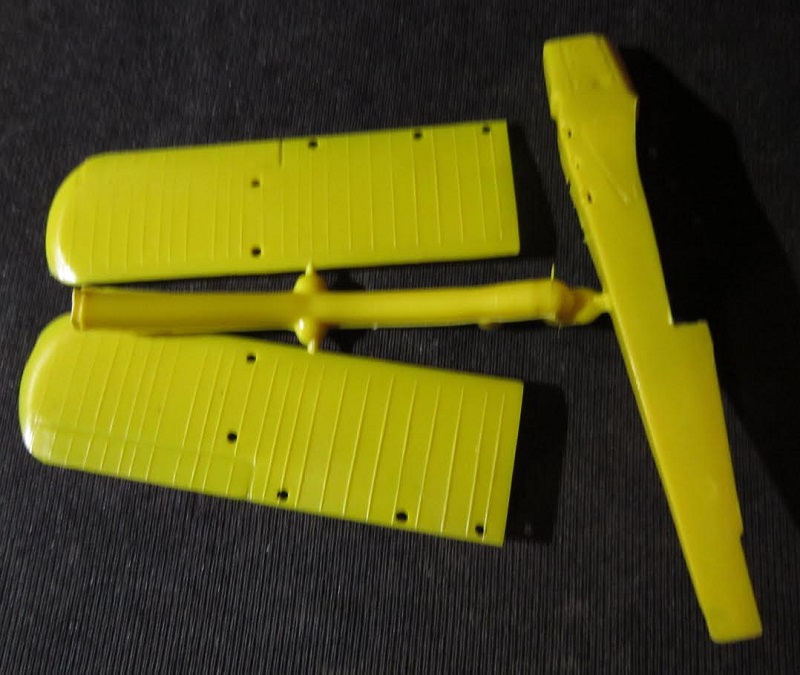 ​The 4 yellow pontoon halves are next. 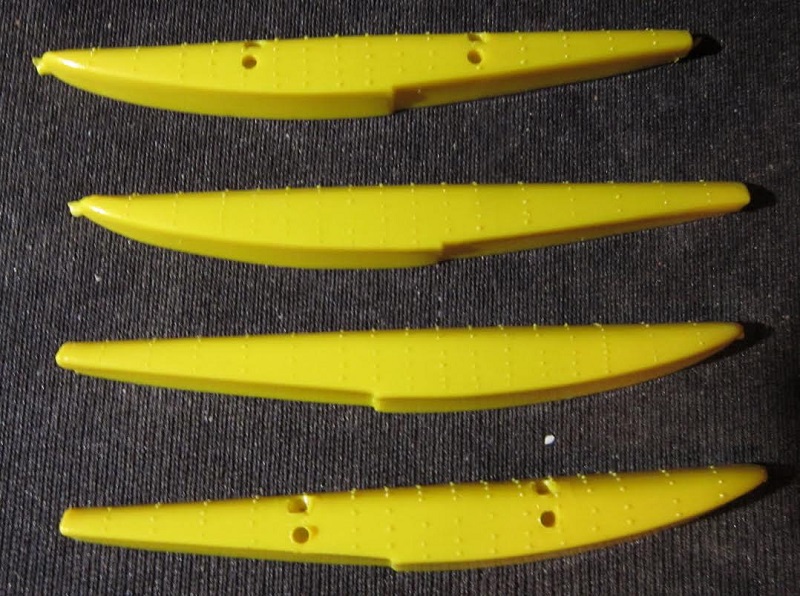 ​The clear parts consist of the 2 part display stand and 2 parts of the canopy. 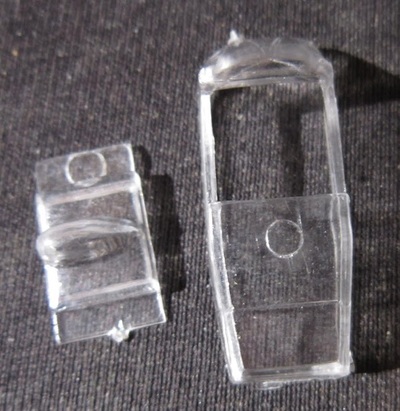 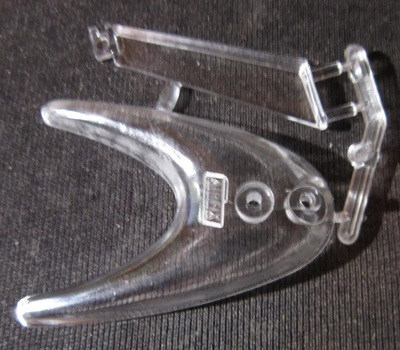 ​The decal sheet and the customer assistance coupon complete the kits contents. 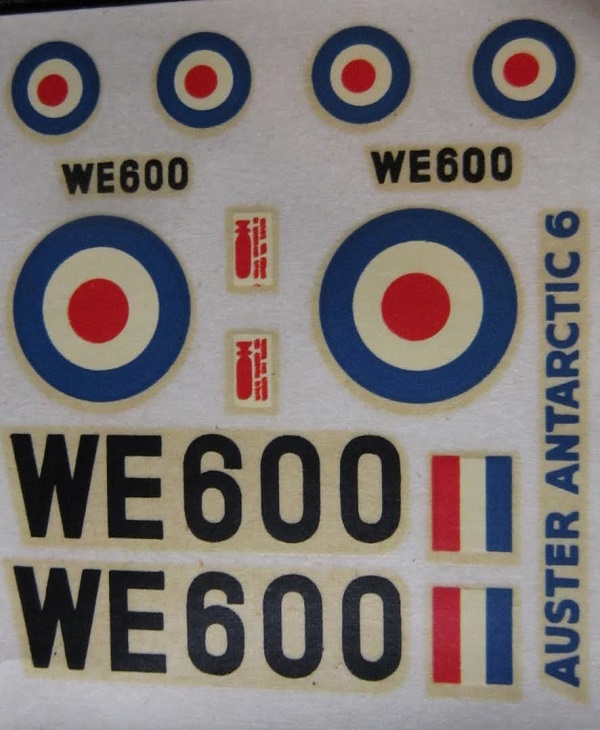 ​This is a nice looking aircraft and it can be made up nicely in the right hands. The cockpit is pretty naked, consisting of only a rear wall and the pilot. The canopy is molded shut and the wing flaps and rudder flap are too. All panel lines are of the raised variety.

However, I like the option of either wheels, floats or skis.

I purchaed my kit back in the the 60's at my local hobby shop for a whopping .90 cents.

I am willing to sell this kit for a decent offer.