Airfix is a prolific model company based in the UK. They make all manner of model subjects in the popular scales,

The smallest and fastest of operational Royal Navy craft used by Britain during the Second World War, the motor torpedo boat with the advantage of shallow draught and speed contributed greatly to the successes attributed to the Navy for enemy ships sunk from 1939-1945. By the end of the war a fleet of more than 1,500 small boats was operated under the British flag.

This kit represents a Vosper 73 ft. (third series) MTB which was developed from the company’s earlier 70 ft. (first series) and 72 ½ ft. (second series) boats and differed externally in having four 18 in. torpedo tubes on a flush deck as opposed to the earlier two-tube boats.

The third series 73 ft. craft entered service in 1944. Methods of torpedo attack varied with circumstances. Darkness was preferred, and due to the fluorescent nature of the wake created at speed, MTBs usually lay in wait with engines stopped, in the path of a convoy. Then, with silent running on the auxiliary engines, launched their torpedoes, crash-started the main engines and retired before a counterattack could be mounted.

Minelaying was another task of the MTB while a further duty was the delivery and collection of secret agents and commandos on the enemy-occupied coasts. In the seas around Britain a total of 269 ships were sunk for the loss of 76 of this type of vessel.


This kit came in a shrink-wrapped tray and lid type box.

The box art shows a Vosper moving at high speed with a crewman firing the 20 mm on the foredeck.

One side panel says the kit is a Humbol product and gives their location as being at Marfleet Hull, England. A copyright date of 1989 appears here. A small color repeat of the box art is next,

The other side panel says the kit is not suitable for children under 3 years of age in multiple languages. A list of Humbrol paint numbers is next in these languages, none of which is English. Below that it says the kit was made in France. It says there are 189 parts in the kit. The model makes up to be 305 mm long (12”) and 170 mm (6 ¾”) high.

It is still available from Sprue Bros. store on line (the fellows that bought out Greatmodels).

WHAT’ IN THE BOX:

This kit contains 4 grey trees of parts, the grey individual hull bottom, hull sides and deck parts, a clear tree, the decal sheet, paper sheet of pennants and the instructions.

Parts are bare and not in cello bags.

The instructions consist of a single sheet that is folded 3 times to fit the box.

It begins with the history of the Vosper in English, French and German, followed by general instructions and international assembly symbol explanations in multiple languages.

The other side of the instructions has 11 assembly steps on it, followed by a single profile illustration for painting and marking the boat.

It is called out in light grey, black, fire bronze, sea grey and white, with a 3 number black code on the sides of the hull beginning with 38 and then you a third digit of 5 through 9. Rigging is shown that for me at least will be a real pain to do.

No thread or wire is in the kit to do it.

The crew figures are shown but no colors called out to paint them.


There are no parts trees illustrations in the kit. The trees have numbers next to the parts, but a search of all of them is going to be constantly needed to get the right parts for each assembly. Bad move Airfix. 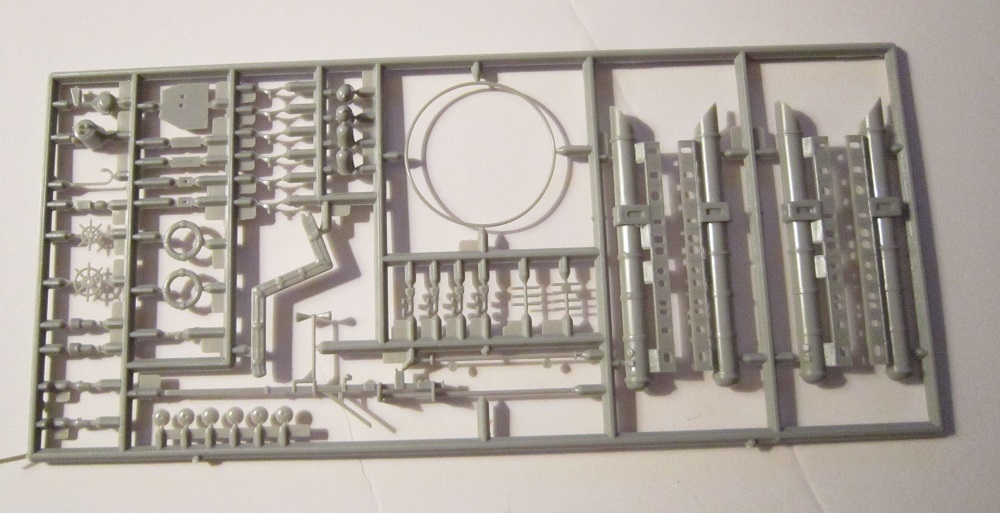 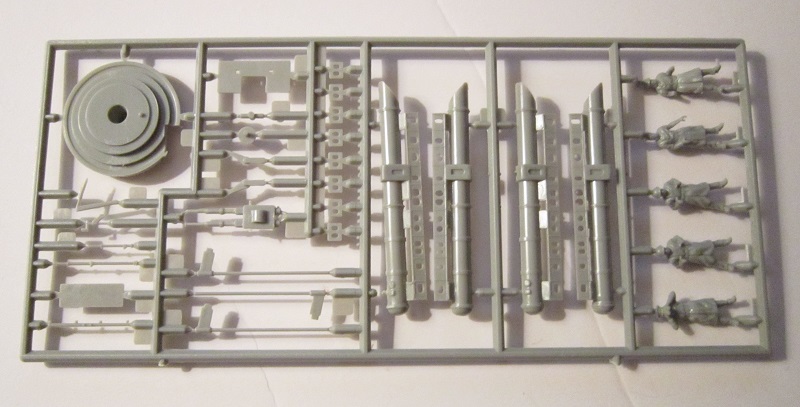 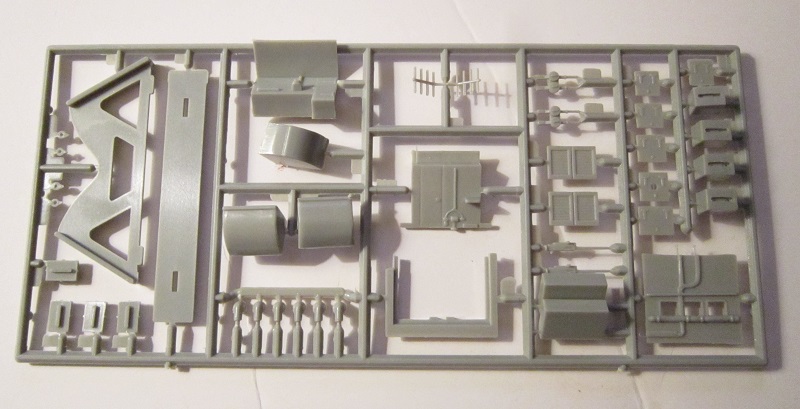 The single grey hull bottom, hull side parts and deck are next. 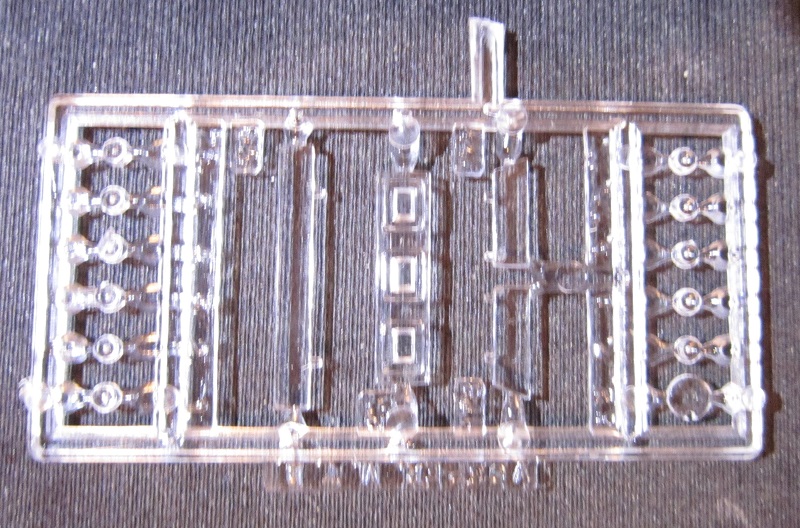 The small decal sheet just has black numerals on it. 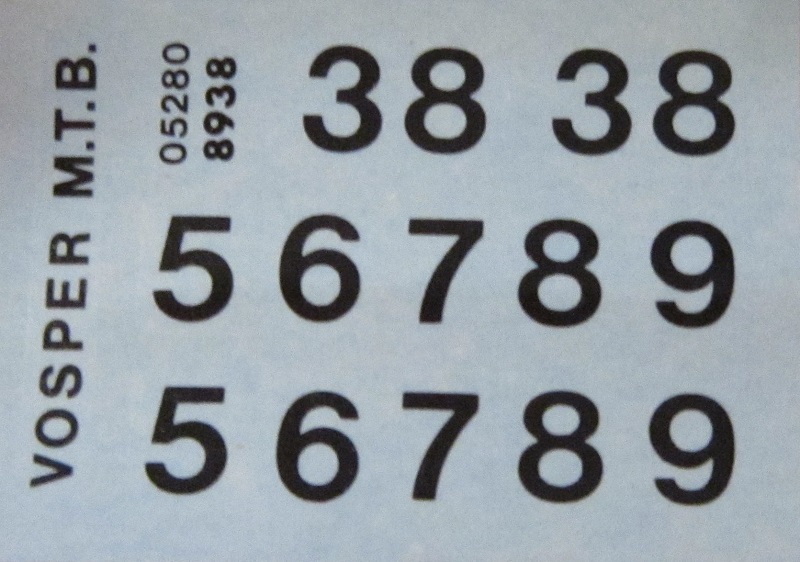 The paper sheet has signal pennants printed in color on it, to be cut out with scissors and then folded to create 2 sides. 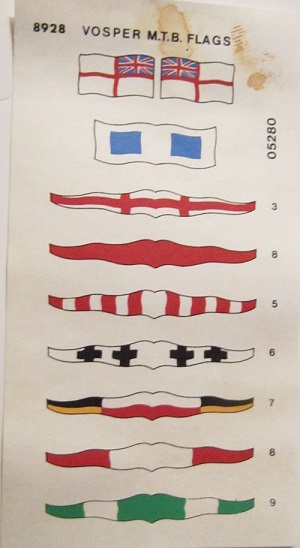 This is a nice boat model and I recommend it to all ship modelers.

I purchased my kit back in the early 90’s at my local hobby shop.