The Lockheed P-38 Lightning was a World War II American piston-engined fighter aircraft. developed to a United States Army Air Corps requirement, the P-38 had distinctive twin booms and a central nacelle containing the cockpit and armament. Allied propaganda claimed it had been nicknamed the fork-tailed devil (German: 'der Gabelschwanz-Teufel') by the Luftwaffe and "two planes, one pilot" by the Japanese.The P-38 was used for interception, dive-bombing, level bombing, ground attack, night fighting, photo reconnaissance, radar and visual pathfinding for bombers and evacuation missions and extensively as a long-range escort fighter when equipped with drop tanks under its wings.

In the South West Pacific Theater, the P-38 was the primary long-range fighter of United States Army Air Force until the appearance of large numbers of P-51D Mustangs, toward the end of the war.

The P-38 was unusually quiet for a fighter, the exhaust muffled by the turbo-supercharges. It was extremely forgiving and could be mishandled in many ways but the rate of roll in the early versions was too slow for it to excel as a dogfighter.The P-38 was the only American fighter aircraft in production throughout American involvement in the war, from Pearl Harbor to Victory over Japan Day.

The box art shows 2 P-38F's dog fighting with Japanese Zero's. The P-38 in the foreground is olive drab over light grey undercarraige, with white 33 on the rudder and the sides of the nose and a yellow S behind the fuselage star on the booms. It has a shark mouth on the engines.

One side panel show a color box art for a Jetstream kit Airfix alos markets. No kit number is given. I assume this kit is 1/72nd scale ??

Two more box arts are on the other side panel: a D.H.C. Beaver and a Vought Crusader II.
​WHAT'S IN THE BOX:

The instructions consist of a single sheet printed on both sides in 7 1/2" x 19 1/2" page format, folded to fit the box.

2. A P-38F in olive drab over slate grey under carraige with yellow fuselage code ES-L. It has a blue spinner.

The other side of the instruction sheet has 6 assembly steps on it.

The trees are not alphabetized and there are no parts illustrations in the instructions. There are no number tabs next to the parts on the trees. Bad move Airfix. 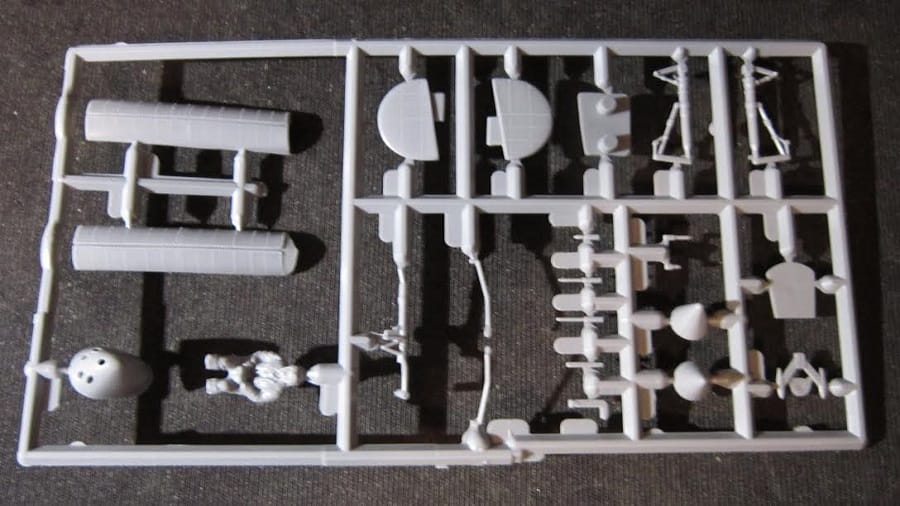 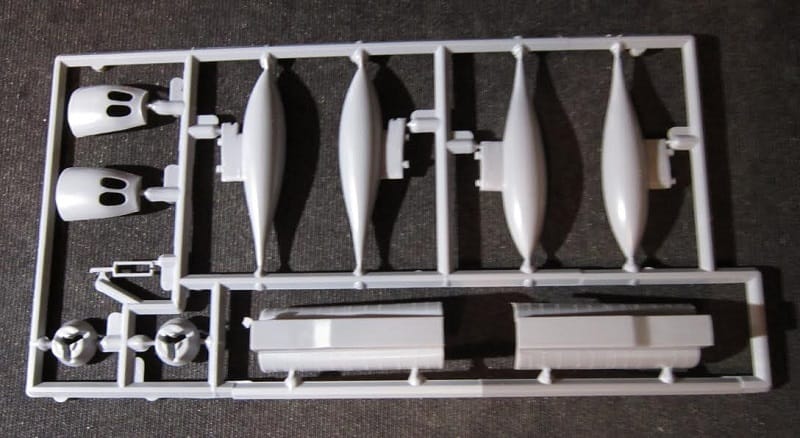 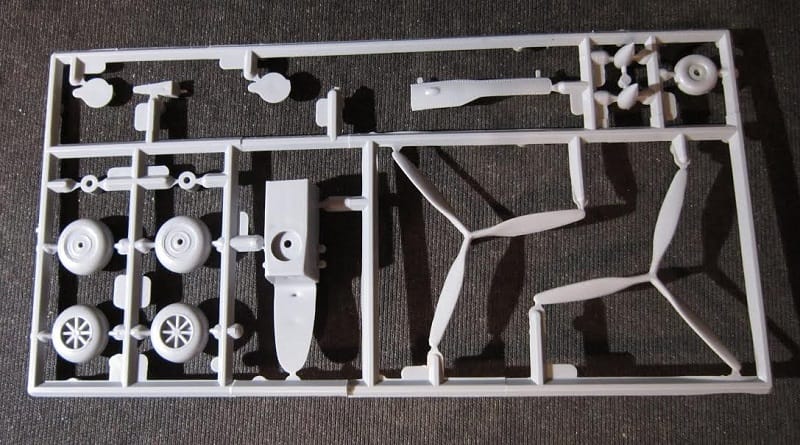 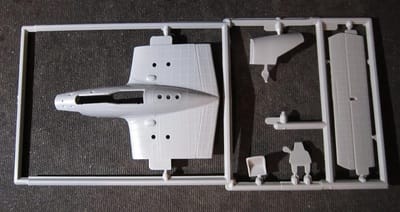 ​The 5th, 6th, 7th and 8th medium grey trees each hold a fuselage boom half. 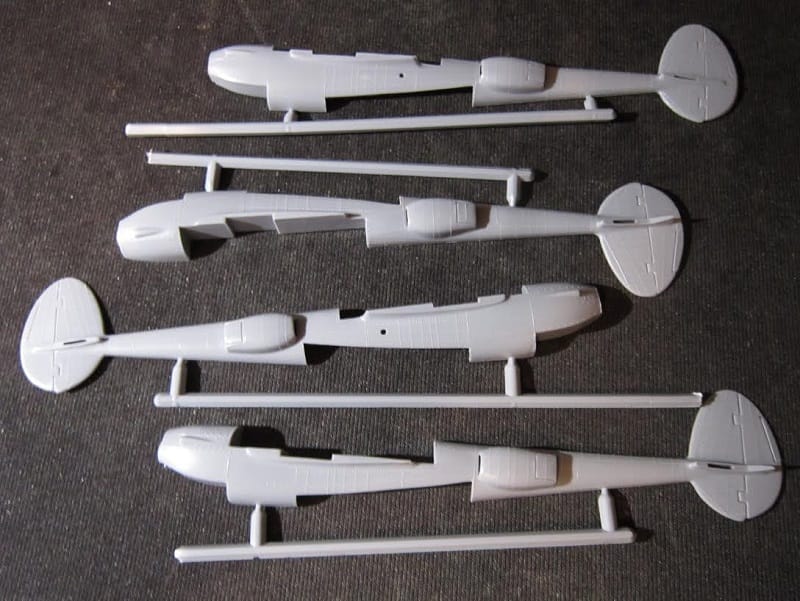 ​The medium grey tree that holds the one piece upper wing half is loose. 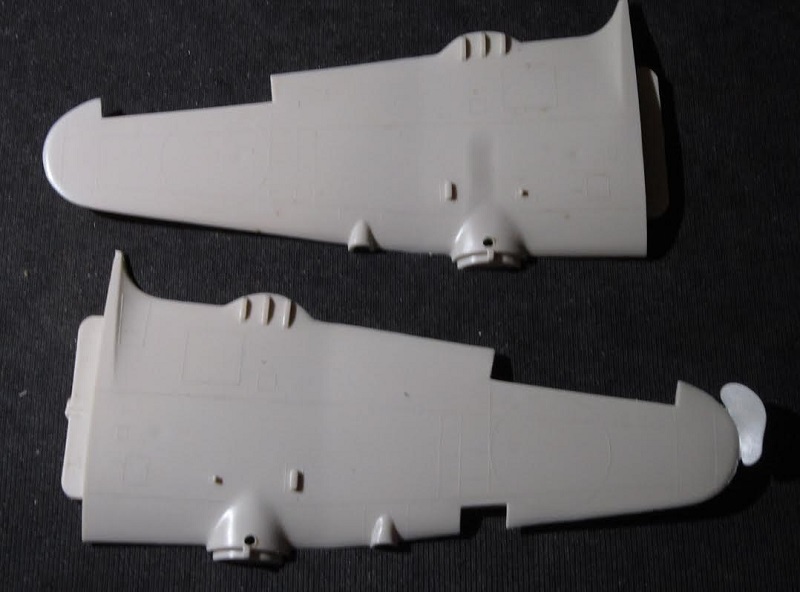 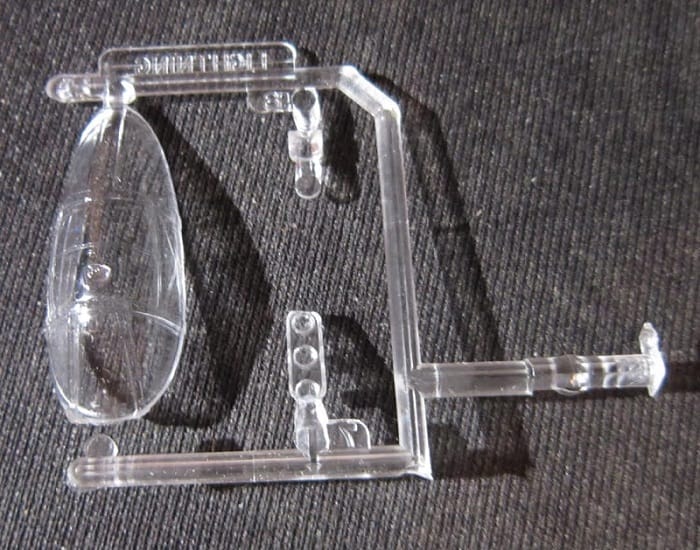 ​The 2nd clear parts tree holds the 2 parts of the display stand. However, the upright arm of this is missing in my kit. This is no big deal, because I never have used any of these darn things. 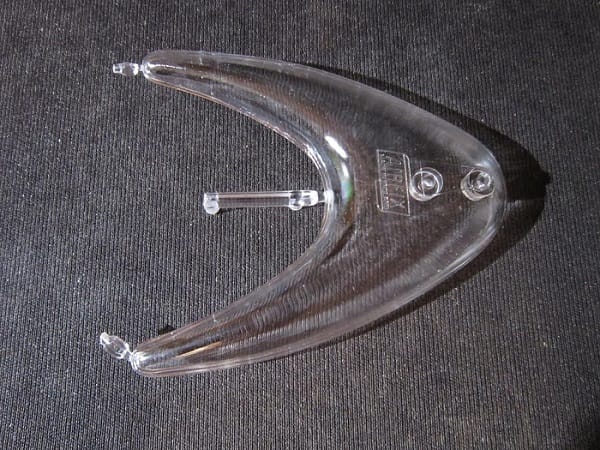 ​
Parts are not cello bagged. Flaps are molded solid and the canopy molded shut. The kit has a heavy rivet pattern and those and the panel lines are of the raised variety.

The decal sheet completes the kits contents. Although the kit came with a frosted sheet to protect the face of the decal from scratching, the sheet was floating around loose in the box and not protecting a darn thing. So, I stapled it to the decal sheet. 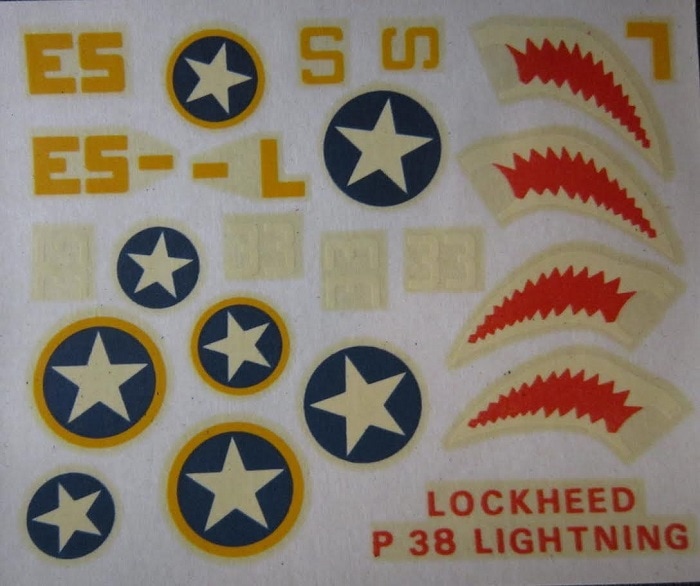 ​This is a nice older kit of a popular aircraft subject.

Recommended.
​I bought my kit for a song at my local hobby shop years ago and am willing to sell it for a decent offer.