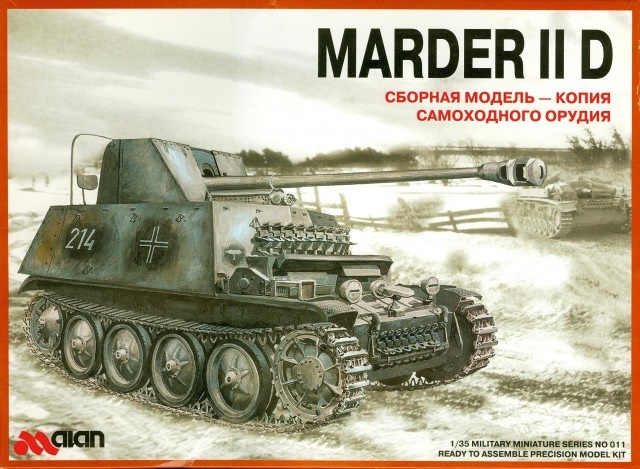 MSRP:  Out of production with ALAN. Now by ARK.

In the pre-war years, the backbone of the German armored forces was the Panzerkamphwagen II light tank. It was a good tank for the time, with sufficient speed and armor. The 2cm gun was a relatively potent cannon. The tank was introduced into service in 1935, and production continued until 1941. The Panzer II Ausfurung D superstructure and turret resembled other modifications, but the suspension was completely different. That was the first German tank equipped with torsion-bar suspension.

Although it didn’t bring any radical improvements in performance, about 250 vehicles were built in 1938. It entered service in German armored units that same year. Soon, after the French Campaign, Pz.Kpfw. II tanks were considered obsolete due to insufficient firepower and thin armor. Most of them were removed from the front line. At that time, about 100 of the Panzer II Ausf.D’s were converted into flamethrowers, and 150 chassis were used to build self-propelled gun carriages.

The fist of the conversion of the Pz. II chassis used the captured Russian 76.2 anti-tank guns. This vehicle was designated as the Panzerjager II 7.62cm-Pak 36 (Sd.Kfz.132), the subject of this Alan kit. These vehicles were produced by Alkett. As the demand was far greater than supply, all of the surplus Panzer II Ausf. D & E’s were either converted to flamethrower II’s or Marder II’s. The Marder II saw action in many units in the European theatre of WWII, but mostly in Russia.

Alan was a Russian model company based in St. Petersburg. They went bankrupt and all their molds are now owned by ARK (another Russian company)

This kit came in a shrink-wrapped tray and lid type box. The box art shows a Marder II Ausf.D tooling along over a snow covered field. In the background is a StuG tank crashing through a wood fence. The Marder is in overall panzer gray with the white number 214 on the side. It has a white division marking of a winged character on the front, that is for the 29th Panzergrenadier Division, Stalingrad 1942. (this mark included on the decal sheet). This Marder II Ausf.D appears to have had a winter white-wash applied over the Panzer gray and it is very worn and starting to thin.

A side panel of the box has a one paragraph history of the vehicle in 5 languages, including English. These paragraphs show the flags of the countries that the language is for. There is another color side view of the Marder II Ausf.D in overall earth yellow, with the number 315 on the side. This marking is NOT on the decal sheet and I have no idea what outfit it represents.

Inside the box are 9 medium gray trees of parts in 2 sealed cello bags, a piece of brass PE screen and the decal sheet in a zip-lock cello bag and the instructions.

The instructions consists of one sheet folded in the center into 4 pages of 8 ¼”x 11 ½” format, with a second single sheet sandwiched in the middle and printed on both sides to make a 6 page unstapled booklet.

Page one begins with a black and white repeat of just the Marder II Ausf.D on the box art. This is followed by the history of the vehicle in German, English, Russian and Japanese.

Pages two through 5 give a total of 11 assembly steps.

Page six has 3 two-view line drawings for the 3 marking options provided on the decal sheet.

The bottom of the page says: “Prior to February 1943, all German military vehicles were factory painted panzer gray. From February 1943, this color was changed to dark yellow. Vehicles were camouflaged with dark green and red-brown according to the theatre they served in. In the winter period, vehicles were often overpainted with white wash, easily removed.”

The bottom of the page has international assembly symbol explanations.

No parts tree drawings are provided.

Larger gray letter A parts tree holds: the lower chassis tub, the chassis roof parts, hatches, a jack, a machine gun, fender ends etc. (28 parts) This tree is common to a couple of other Pz.Kpfw.II kits that ALAN markets. So, there are some parts on it that will become excess and not needed for the Marder. For example, the base plate for the turreted version that has the large circular hole in the center. 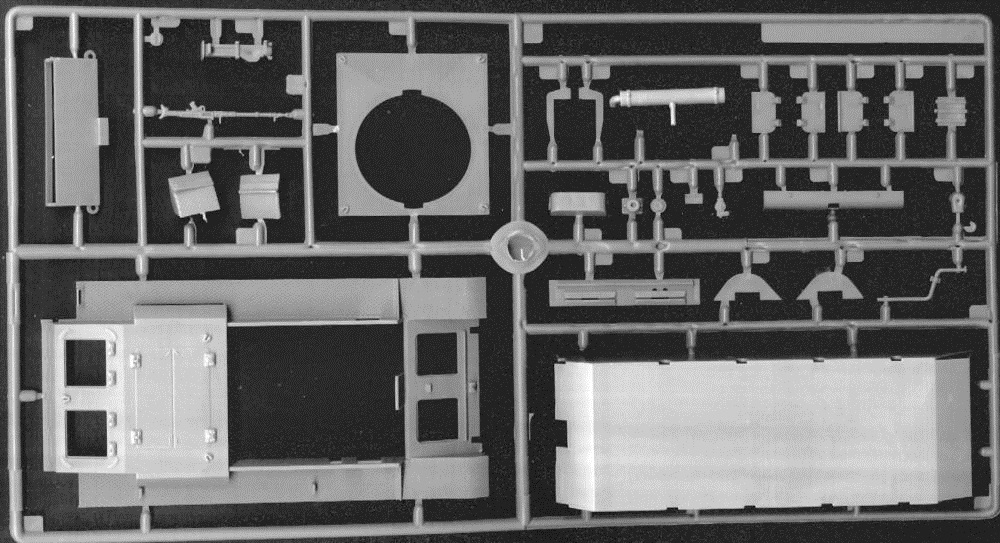 Large gray letter B parts tree holds: parts for the main gun, ammo cases for it and shields etc. (60 parts) 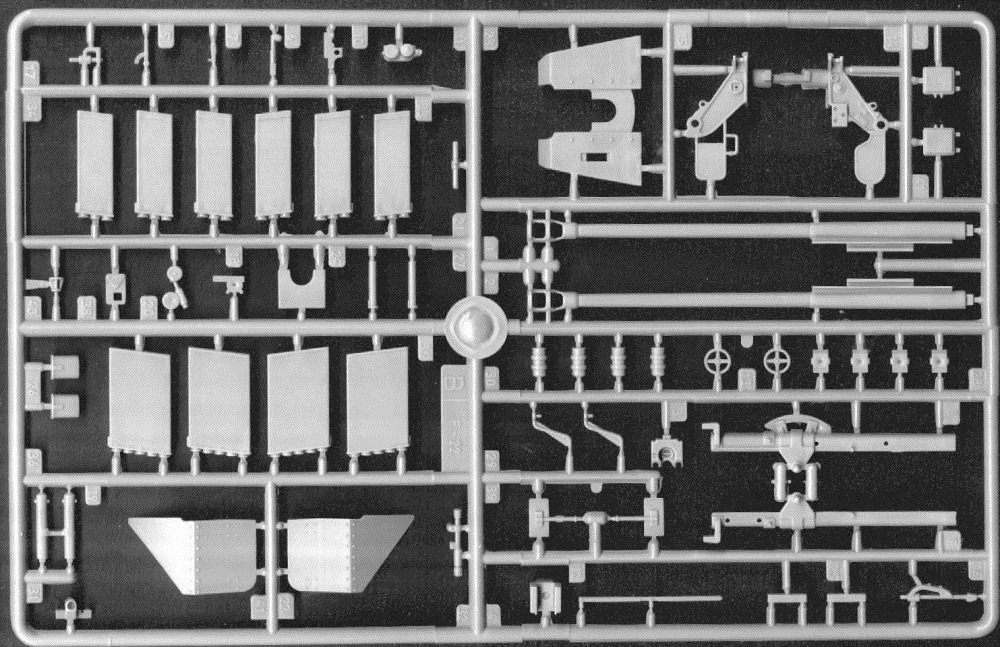 There are 2 identical medium sized gray letter C trees. The hold: the road wheels, drives sprockets, tools, vision flaps etc. (52 parts per tree) Again, I noticed some parts on this tree that are used for ALAN’s kit of the Pz.Kpfw. II flamethrower version kit. I see the flame nozzles on these trees. So, there will be some excess parts left over after the build to put into your spares box. 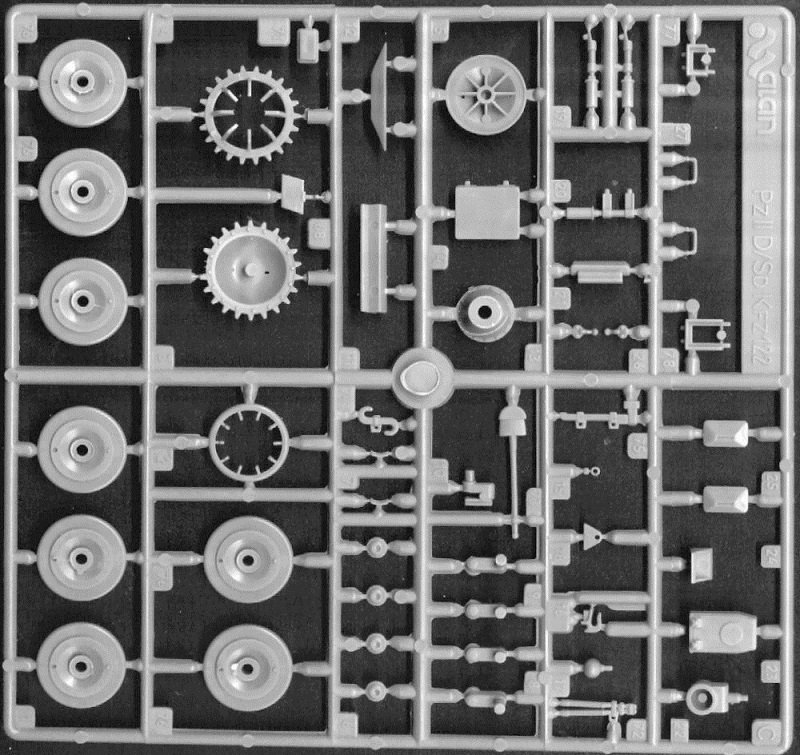 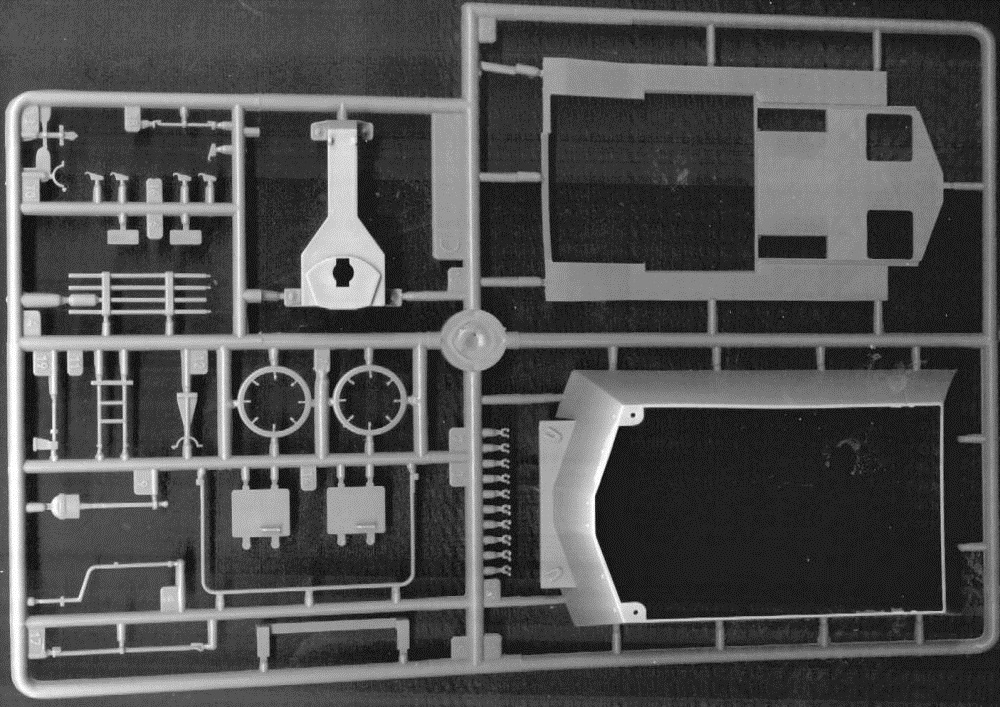 There are 4 identical small gray trees that are also labeled as letter D. These hold the individual track parts. (54 links per tree) 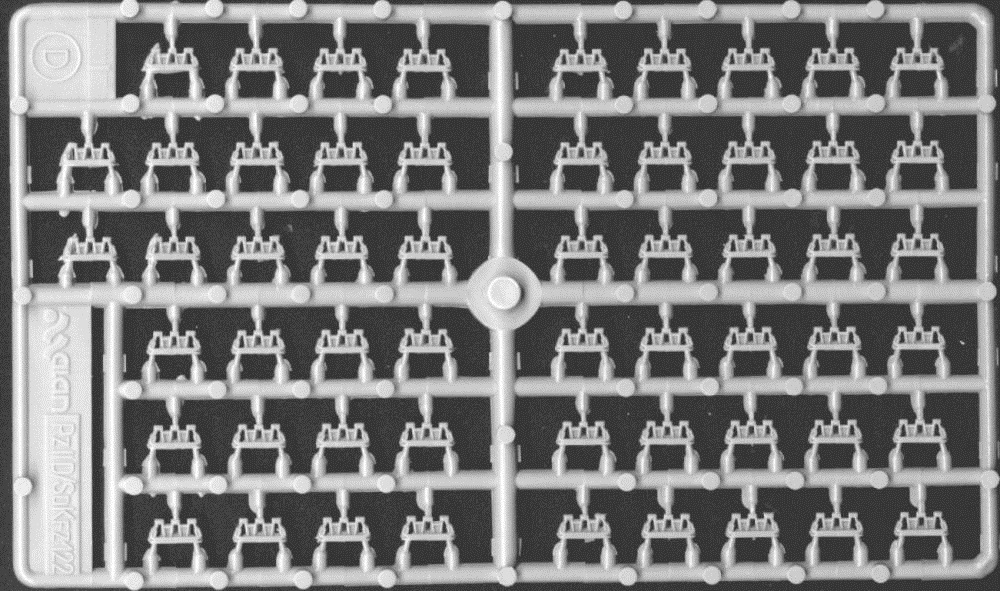 The decal sheet and the one piece of brass PE screen complete the kit’s contents.

The decal sheet was impossible for me to scan and get the white markings on it  to appear. It has thin type German crosses and the large ones, the number 403 in red with white outline, the numbers 214 and 32 as just outline type letters in white. The white winged character for 29th Panzergrenadier Div., the stylized white swastika symbol for the 5th SS Panzer Div. and the white steel helmet mark for Panzergrenadier Div.

Although there are no crew figures provided in the kit, there are several self-propelled German gun crew figure sets around by other model companies available.

This is one neat Pz.Kpfw. II variant and should find it’s way into many German armor collections. Highly recommended.

I purchased my kit at my local hobby shop back in 1999. Although Alan is long gone now, Ark still produces this kit with the same box art that Alan had.