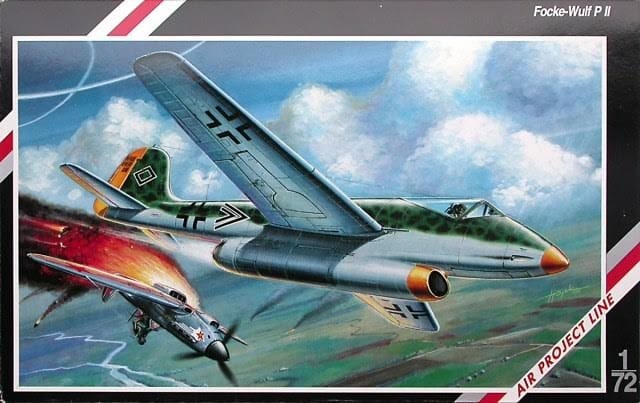 This is one of the basic projects which stood at the beginning of the series of jet airplanes projected by the Focke Wulf Company. The main reason for the most marked design element of the airplane – the engine located below the fuselage – was the fear of operational problems caused by the engine mounted below the fuselage. Similar projects were presented in this same time by competing companies (Messerschmitt P1095) and Blohm & Voss P.198.

A contrary design of a one-seat fighter with the engine above the fuselage was later successfully realized by the Heinkel Company, which brought into production the Heinkel He-162 Volksjager. The mounting of the engine below the fuselage with the Focke Wulf P.11 had to facilitate it’s maintenance. A disadvantage presented however; the nose-wheel of the undercarriage located directly in front of the jet intake opening, where frequent damage to the engine could occur due to intake of impurities thrown up during startup and landing was threatening.

A further factor of the design was the destruction of the engine (and the resulting complete overhaul) in case of a belly-landing. Another disadvantage was the complicated design of the wing and – besides this – the very difficult landing of the aircraft at low speed. The Focke Wulf Company presented the 2nd Project P.11 on June 9, 1943, but it was never realized.
​THE KIT:

Special Hobby is a model company base in Prague, Czech Republic. It is a sister company to MPM. The kit comes in a shrink-wrapped end-opening type box.

I am no fan of this type of box. Invariably, parts or the decal sheet find their way past one of the end flaps to become lost forever. Give me a tray and lid type box any day of the week.

The box art shows a Focke Wulf P.11 dogfighting with a Soviet Yak-9. The Yak-9 is going down inverted and in flames, with it’s pilot bailing out. There is a further aircraft going down in flames in the far background. The P.11 is camouflaged in a mottle of light green (RLM 82) and brown violet (RLM 81) on top of the fuselage spine and a splinter pattern of the same two colors above the wings. The tip of the nose and the jet engine are yellow.

The rudder is yellow also. The exhaust end of the jet is natural metal. The aircraft carries 13 kill marks on the rudder (purely speculative, as this plane never flew). There are double chevrons on the fuselage sides and skeletal black German crosses on the fuselage and below the wings. The tops of the wings have the skeletal white crosses. The usual swastika is on the tail. However, on the boxart this is shown as a square. The underside is called out as light gray, however I would think it should be light blue (hellblau)?

The Yak-9, that is going down inverted and in flames has a nose art of a large white birds wing with a red star that has a hammer and scicle on it. When I saw this it rang some bells. I knew I had seen this before. Sure enough, it is shown in the Squadron in Action book “Yak Fighter” no. 78, in the center-fold of profiles. It is the 7th one shown there, and the caption says “Aircraft 92, seen during the summer of 1944, was a GAZ 292 built Yak-9T (0375364) assigned to the 3rd Fighter Aviation Corps commanded by General Savitsky”.

Inside the box is a single sealed cello bag that holds a tree of light gray parts, a postage stamp sized brass PE fret (in it’s own sealed cello), the decal sheet and a clear vacuformed canopy part. The instructions complete the kit’s contents.

The instructions consist of a single sheet folded in the center to fit the box.

On one side of the sheet is a list of colors called out in RLM numbers and Tamiya, Molak, Agama and Humbrol paint numbers.

I have never heard of Molak and Agama paint brands before.

Next to this are the parts trees drawings.

Below these is a 3-view illustration of the box art scheme.

To the right side of the page is the history of the Focke Wulf P.11 in several languages, including English.

The other side of the sheet has 6 assembly drawings. Colors are called out in each of these steps for small parts that have to be painted as you assemble the kit.

The 6th step is a head-on illustration of how the landing gear is to slant inwards, similar to how a Fw 190’s also does.

The bottom of the page says that the kit is aimed at modelers 10 years old and above.
The large light gray parts tree holds the wing halves, horizontal tail surfaces, fuselage halves, landing gear legs and wheels and doors, cockpit floor, joystick, dashboard, jet intake cone and exhaust cone etc. There is no pilot figure in the kit. (29 parts) 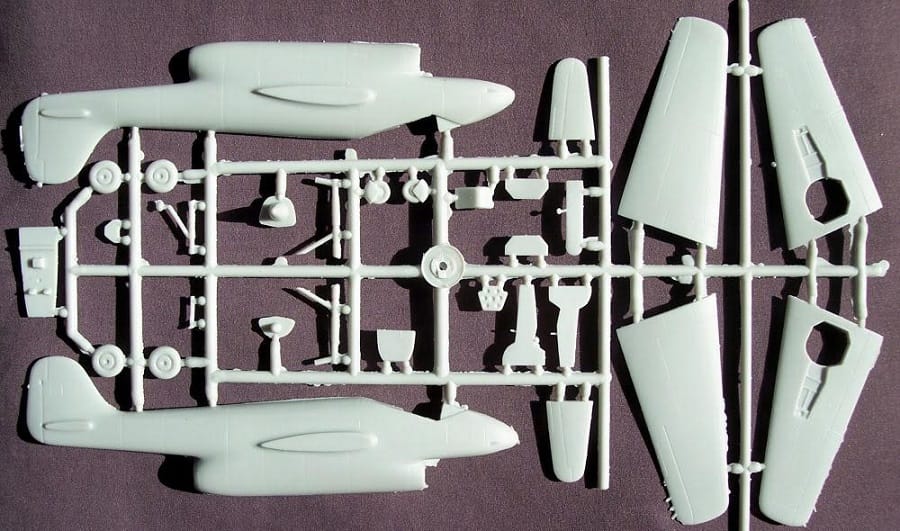 ​Next is the single clear vacuformed canopy part. This is molded solid and would take some surgery to display it open.

​The small brass PE fret holds seat belts, a DF antenna loop and foot pedals. Unfortunately, it does not include an instrument panel. This PE fret is identical to the one in Special Hobby’s kit of the Blohm und Voss P.211. 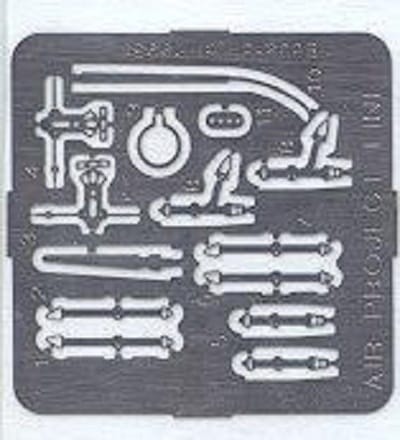 ​The decal sheet completes the kit’s contents and includes the usual crosses, Swastikas and cheverons.
​It is an easy build and definitely a weekend project. Parts have very light engraved panel lines, which may be obliterated by a coat of paint. Modelers may want to scribe these deeper for better detail after painting.
​Recommended to modelers that like “What if” or Luftwaffe 1946 type aircraft…as I do.