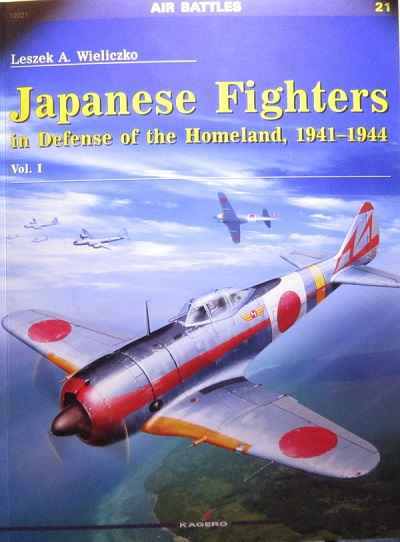 
When the Empire of Japan started the war against Western powers in 1941, it had only a small number of air force units deployed on the Japanese home islands in order to defend them. The Doolittle Raid on 18 April 1942 came as such a shock for the Japanese High Command that it caused structural changes within the Japanese air defense system and sped up the introduction of new types of fighters. Much bigger threat for Japan emerged in the mid of June 1944 when the first air raid of B-29 bombers reached the Japanese home islands. Since that moment protecting Japanese cities from the devastating blows carried out by the U.S. bombers became the General Defense Command (Boei Soshirebu) main task.

Volume I describes the forming process of the Japanese air defense system since the creation of the General Defense Command in July 1941, throughout the structural changes within the following years, preparations to counter the U.S. bomb raids until the air battles fought between June and December 1944 in the defense of Japan. This part of the book also includes descriptions of all major types of Japanese fighters which were deployed in air defense units.

The cover art shows 2 KI-44-II “TOJO” fighters assigned to the 3rd Chautai, 47th Sentai located in Narimasu near Tokyo, that are attacking a stream of B-29’s. Both are overall bare metal, with black propeller spinners, yellow leading edges on their wings, a wide fuselage band with the rising sun insignia on it, followed by a yellow home defense band and the units distinctive red insignia on the rudder. The aircraft in the foreground has a red cowling tip that goes into a red stripe the length of the fuselage. Under it’s canopy is a logo that is yellow wings with a black circle in the center and a white insignia on the circle.

The inside of the book begins with the first page having a black and white repeat of the cover.

Changes after the Doolittle Raid

Intensification of the U.S. raids

There are 3 maps and 19 aerial photos of Japanese target cities.

The last page of the book shows the color cover arts of 20 aircraft books that Kagero markets, including the cover of this book.

I want to thank Casemate, who sent me this book for review and the folks at Kagero.

Casemate is the distributor of Kagero books in the U.S.