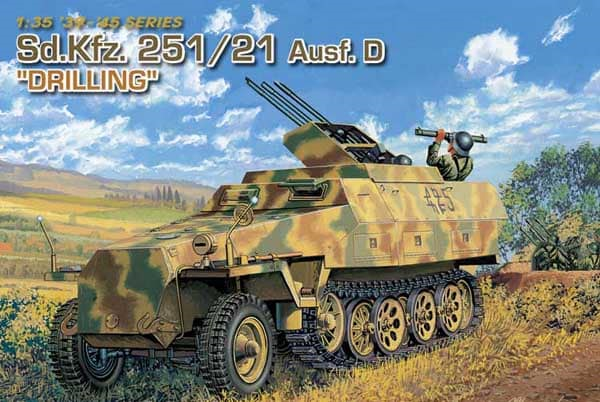 Kit is available at Kit Linx for $63.95 and at 6 locations overseas on the web.
​ISTORY:

The Sd.Kfz. 251 (Sonderkraftfahrzeug 251) half-track was a World War II German armored fighting vehicle designed by the Hanomag company, based on its earlier, unarmored Sd.Kfz. 11 vehicle. The Sd.Kfz. 251 was designed to transport the Panzergrenadier (German mechanized infantry) into battle.

Sd.Kfz. 251s were the most widely produced German half-tracks of the war, with at least 15,252 vehicles and variants produced by seven manufacturers. Some sources state that the Sd.Kfz. 251 was commonly referred to simply as "Hanomags" by both German and Allied soldiers after the manufacturer of the vehicle

This has been questioned, and may have been only a postwar label. German officers referred to them as SPW (Schützenpanzerwagen, or armored infantry vehicle) in their daily orders and memoirs.

The Sd.Kfz. 251/21 - Schützenpanzerwagen (Drilling MG151s) is a anti-aircraft and ground support variant equipped with a triple-mount ("Drilling" in German means "triple") of MG151 autocannon; early version being MG151/15 mm cannon, later being MG151/20 mm Luftwaffe cannon, on a Kriegsmarine triple mount. Strong firepower, especially when organized into platoons of 6 SPW.

The box art shows a Sd.Kfz. 251/21 “Drilling” parked on a grassy field. It is in a base of sand-yellow with red brown and dark green wave pattern over it. On the sides of the fighting compartment is the black no. 425 on top of a skeletal German cross. Two crewmen are atop it. One is manning the anti-aircraft guns and the other is looking through a range finder telescope. Both wear steel helmets and the man with the rangefinder wears a field grey uniform with suspenders.

One corner of the box art says the box holds one unassembled model kit of 843 plastic parts and the kit is for modelers age 10 and over, box contains a model of one armored vehicle and six figures.

One side panel of the box shows features of the kit in color: 4 decal sheets, brass width indicator poles, a silver sticker to use for rear view mirror faces, detail of both sides of lower hull are with photo-etched parts.  The largest of the 3 PE frets in the kit is illustrated. There is an extra driver and gunner figure included. Vinyl uniforms and 4 BONUS anti-aircraft crew figures.

These are followed by CAUTIONS, that when you use glue or cement to stay away from an open flame and be in a well ventilated room, in 6 languages, including English. Kit is for modelers age 10 and older. It is not suitable for children under 3 due to sharp parts, again in the 6 languages.

The instructions consists of a single-sheet that accordion-folds out into 10 pages in 7 ½” x 11” page format.

Page 1 of the instructions begins with a black and white repeat of the cover art, over the parts trees illustrations. Some parts are blued-out in the illustrations as being excess and not needed to complete the model.

Page 2 begins with ATTENTIONS about the kit, over international assembly symbol explanations and a suggested paint color list of Gunze Sangyo and Model Master brands of hobby paints in 6 languages, including English.

The bottom of page 2 through to page 9 gives a grand total of 24 assembly steps.

Step 24 is a assembly and painting guide for the 4 crew figures.

Page 10 is a painting and marking guide for the Sd.Kfz. 251/21. It shows a 4-view of the box art scheme (already described above)

A second Sd.Kfz. 251/21 is shown in a 3-view. It is overall sandy brown with a black serial no. out lined in white of 243 on the sides of the fighting compartment, over the German cross. The German cross is also on the rear doors. A white rectangular license plate is on the front with black serial no. WH-1443889 on it and again on two smaller white license plates on each of the rear fenders.

Illustrations of 2 of the 4 decal sheets in the kit are shown.

Below this is DML’s office in Graz, Austria, decal application instructions in 6 languages, including English and the 2004 copyright date repeated for this kit. 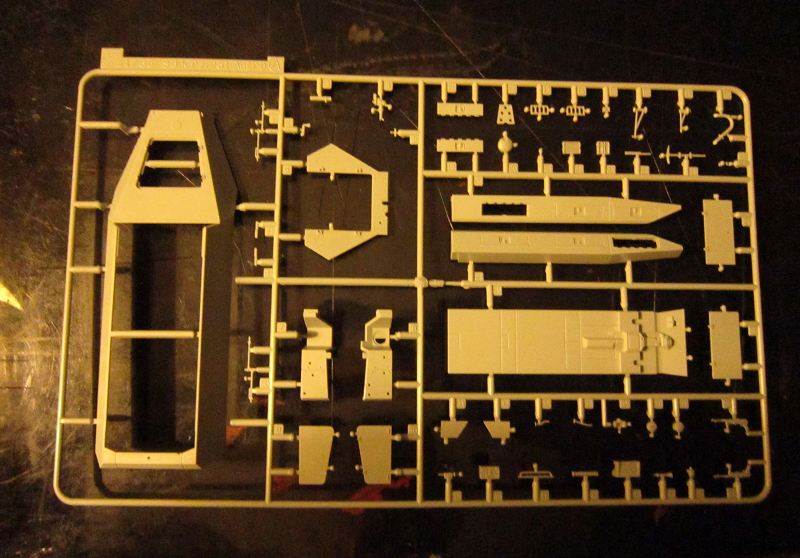 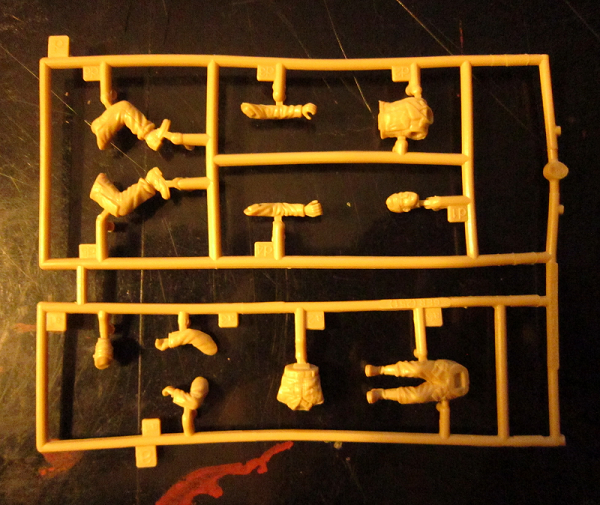 ​Medium-grey letter B tree holds: lower side panels, dash etc. (11 parts) 1 part is excess.
​There are 2 identical medium-grey other letter B trees. One is co-joined to the first letter B tree. These hold benches, a machine gun etc. (30 parts each) 22 parts per tree are excess. 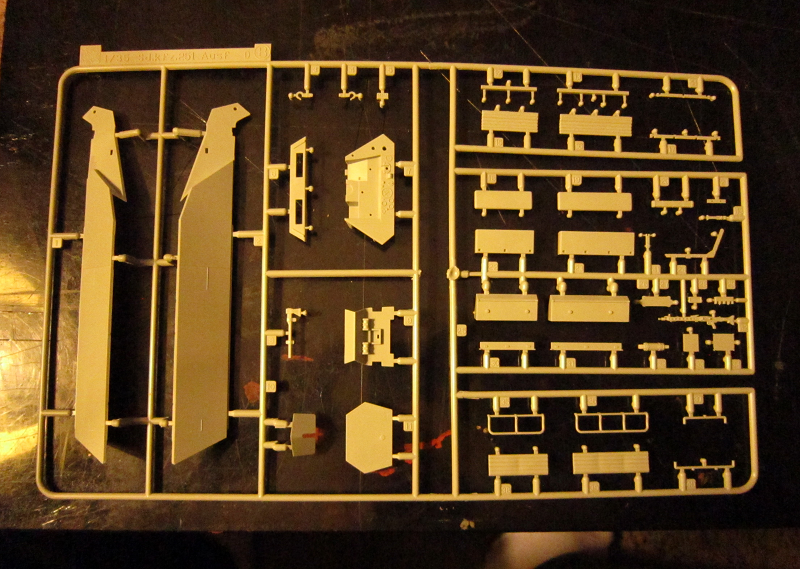 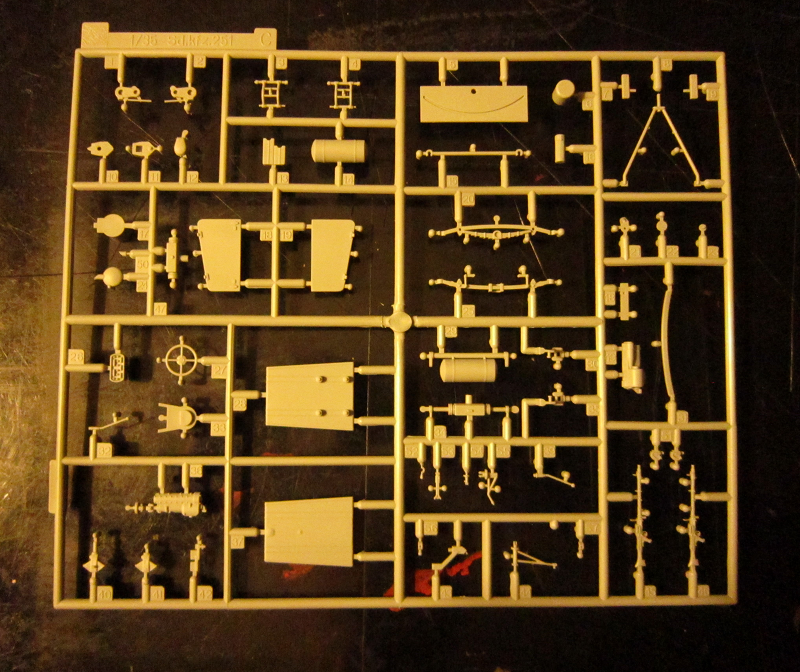 ​There are 2 identical medium-grey letter D trees. They hold: 98K carbines, bogies, driver’s seat backrest jerry can etc. (41 parts each) 25 parts per tree are excess.
​A second small medium-grey tree is also labeled as letter D. It holds a small panel that I cannot find pictured anyplace in the assembly instructions. I don’t know what it is? It is co-joined to one of the other letter D trees. 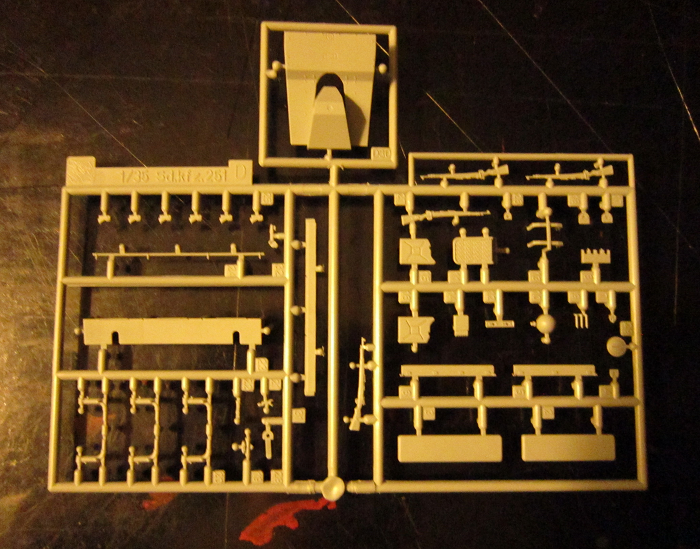 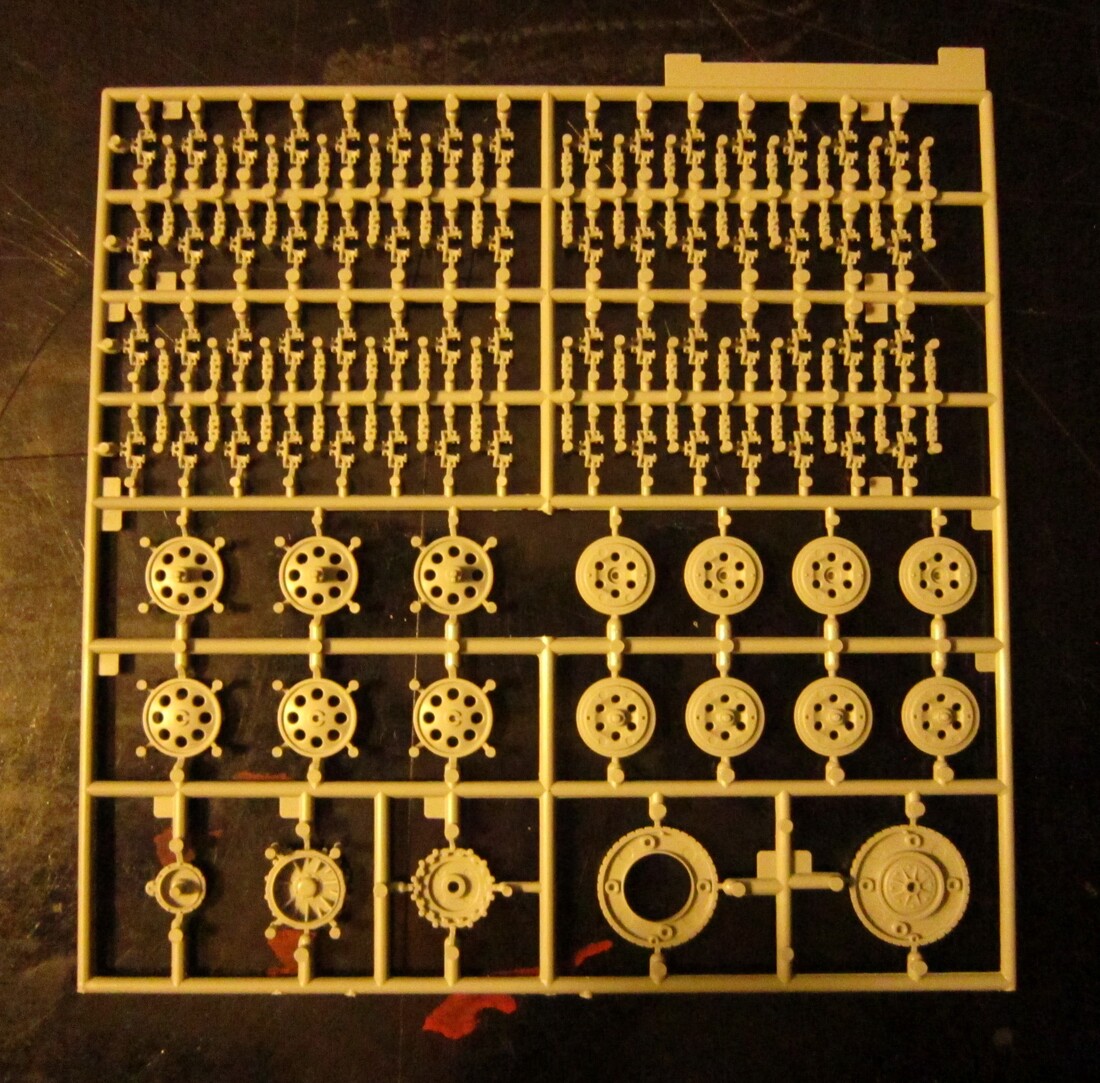 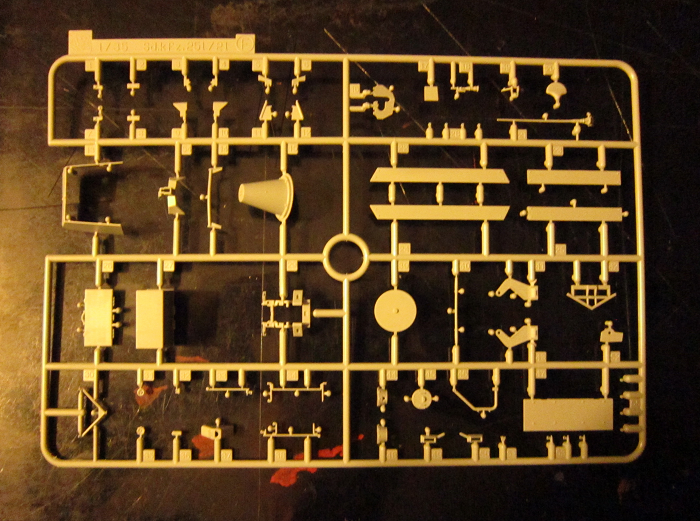 ​There are 2 identical medium-grey letter G trees. They hold more small parts for the A-A gun (40 parts each) 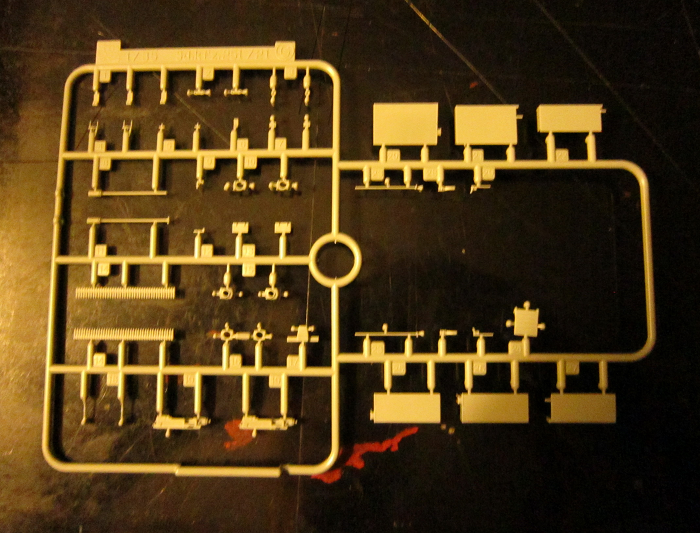 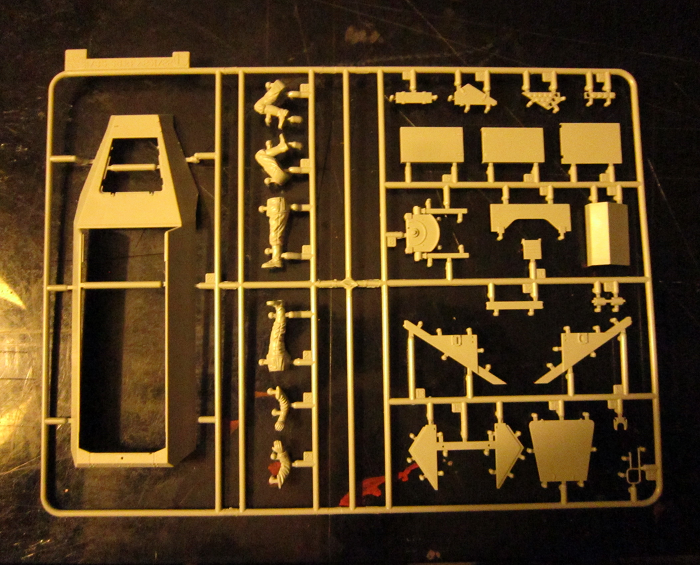 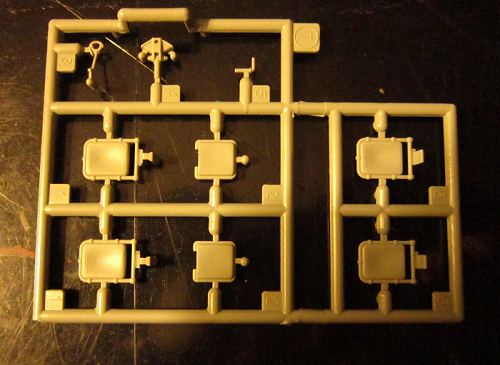 ​Letting jumps once more to the clear letter W tree. It holds the windows (8 parts) 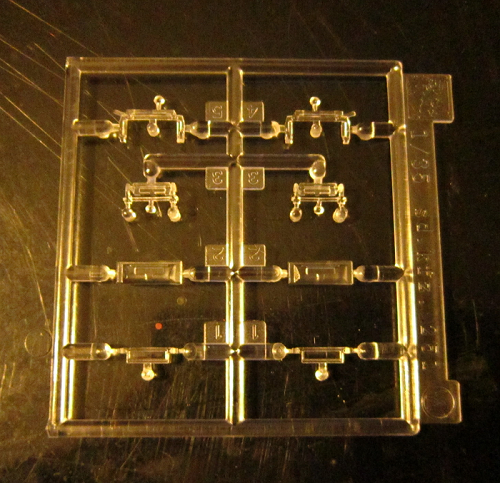 ​Medium-grey letter Y is the individual loose E-Z tracks. They are in clear cello bags marked for the left and right sides. There are hundreds of each. 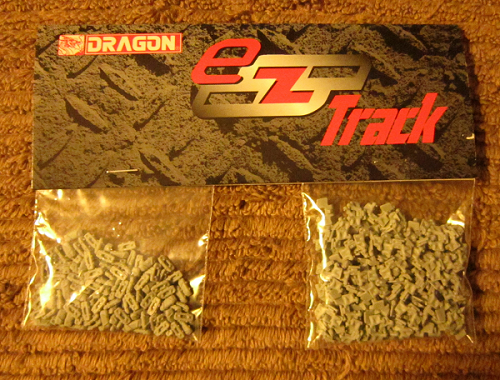 ​A un-alphabetized medium-grey tree that has DML’s kit no. 6191 on its tab holds 4 figures (divided into separate heads, torsos, arms and legs), a pair of binoculars, a MG34 etc. (39 parts) 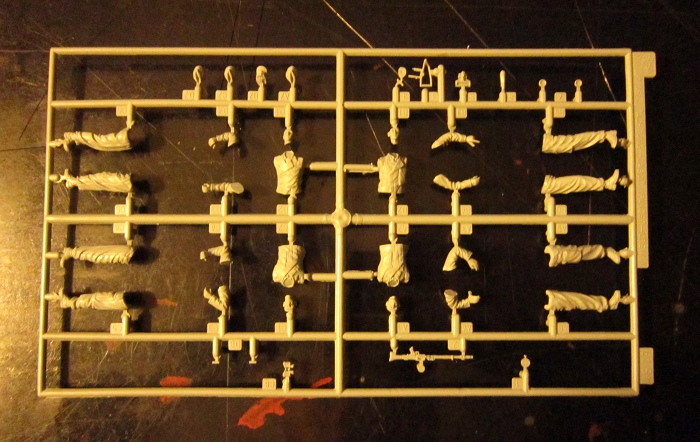 ​In a clear plastic bag is the silver self sticking sticker holds 2 rear view mirror lenses and the dashboard instrument dial faces. It is un-alphabetized too. 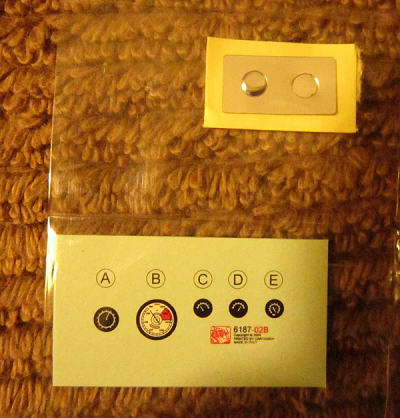 ​MA is the largest brass PE fret. It holds side panels etc. (7 parts) 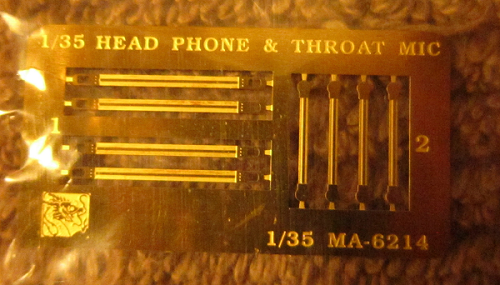 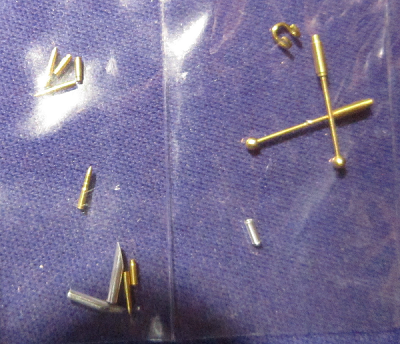 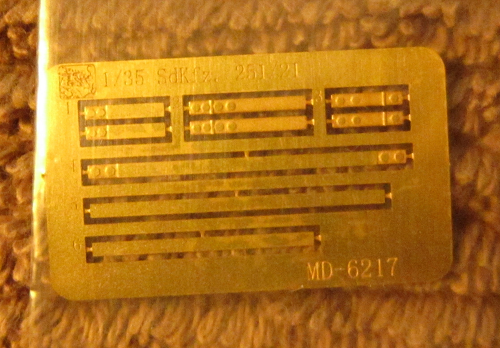 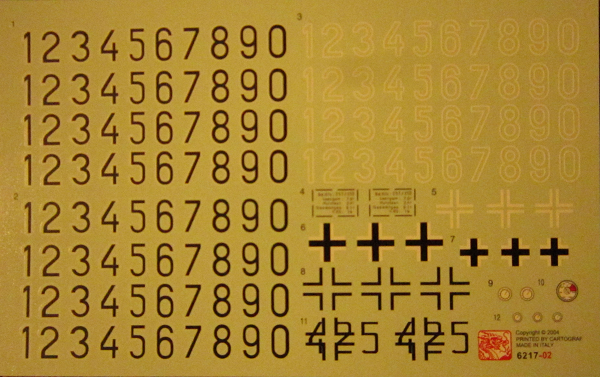 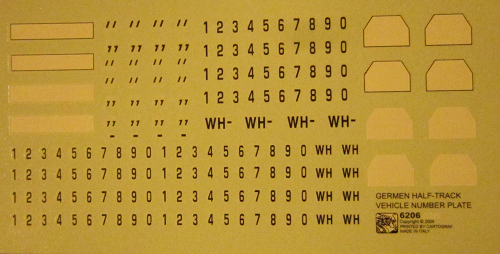 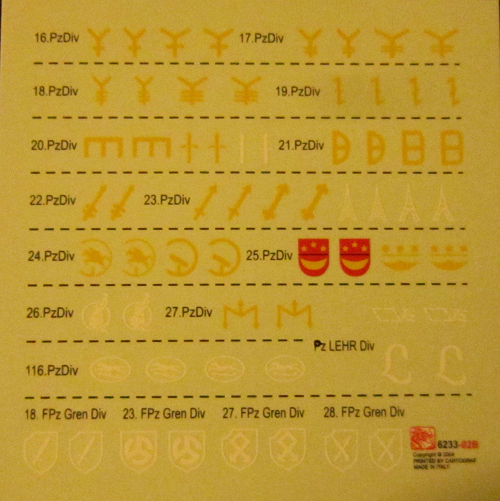 This is one neat vehicle kit. With a lot of parts that will wind up in modeler’s spare parts box. Detail is outstanding.

This kit is not for the novice modeler or a week-end project by any means.