The Grumman TBF Avenger (designated TBM for aircraft manufactured by General Motors) is an American torpedo bomber developed initially for the United States Navy and Marine Corps, and eventually used by several air and naval aviation services around the world.

The Avenger entered U.S. service in 1942, and first saw action during the Battle of Midway. Despite the loss of five of the six Avengers on its combat debut, it survived in service to become one of the outstanding torpedo bombers of World War II. Greatly modified after the war, it remained in use until the 1960's.

Monogram is an old prolific model company based in Morton Grove, IL. It was a subsidiary of Mattel at the time of the release of this kit. Monogram makes all manner of model subjects in the popular scales. They became associated with Revell in later years.

The box art shows an Avenger sitting on a carrier deck with 3 other Avengers behind it. It is navy-blue over a white under-carriage.  It has a white 16 fuselage number that is repeated on the rudder over a white circle. It has a small red 16 on the cowl bottom and sides, black propeller blades with yellow tips. It has 3 Japanese kill markings under the cockpit.

Four ground crew-men are loading a torpedo into it while the pilot and an officer look on.

At the side of the box art it says the model has folding wings, retracting landing-gear, revolving turret and dropping torpedo.
​One side panel has a color illustration the Avenger in flight in the box art scheme, followed by the history of the Avenger over the copyright dates and Monogram being in Morton Grove, IL.
​The other side panel repeats the illustration of the Avenger in flight, followed by "Kit molded in blue to eliminate the need for lots of painting, wings fold, landing gear, tail wheel and arresting hook all retract, bomb bay doors open and torpedo drops, turret revolves and machine gun swivels.
​Kit includes detailed figures of pilot, radioman, gunner and flight deck officers and authentic decal sheet", over Monogram being in Morton Grove, IL and as a subsidiary of Mattel Inc. MADE IN USA.
​WHAT'S IN THE BOX:

Trees are not alphabetized or illustrated in the instructions and have no part number tabs next to the parts on the trees. Bad move Monogram !!

The instructions consist of a single-sheet that accordion-folds out into 6 pages in 8 1/2" x 11" page format.

Page 1 begins with black and white photos of the model made up in cover art scheme over the history of the Avenger, Monogram mentioned as being in Morton Grove, IL.

Page 2 has an exploded drawing of the parts, with READ BEFORE ASSEMBLY instructions.

Page 3 through 6 gives a grand total of 22 assembly steps. 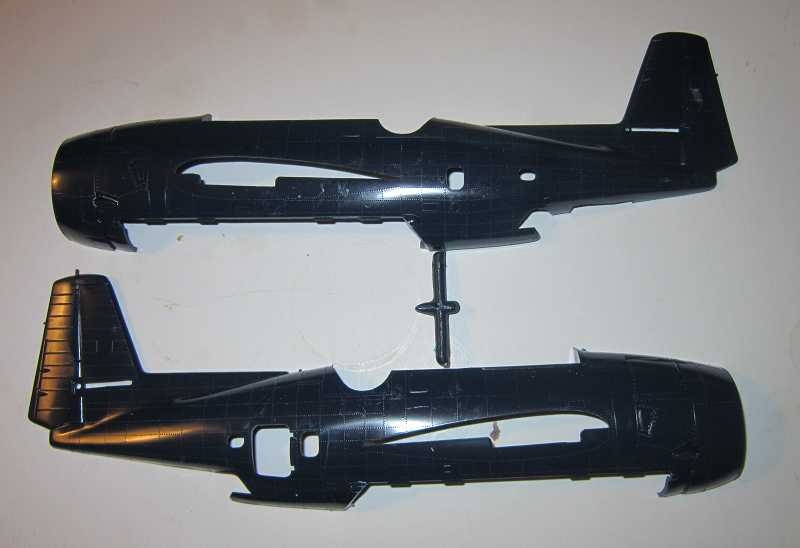 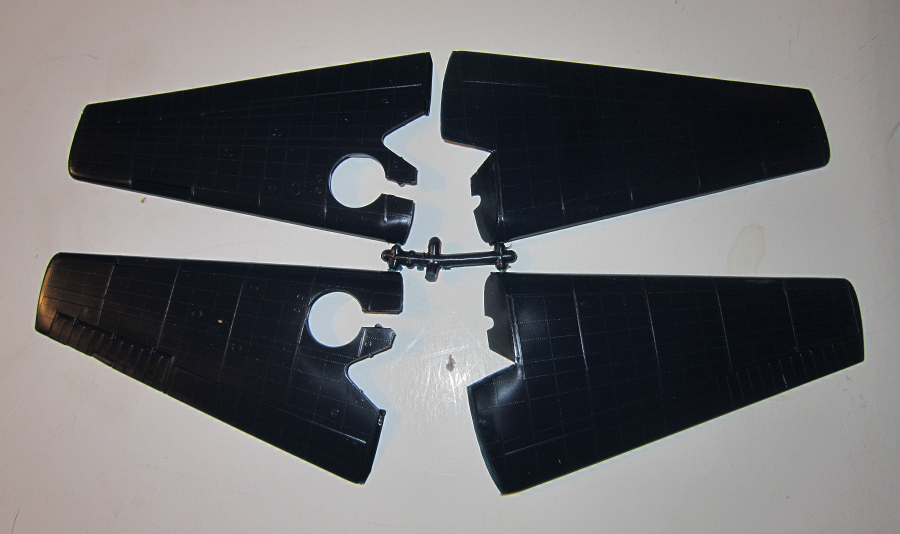 There were several parts that were on the trees but had come loose. They are the torpedo,cowling machine gun, etc.(8 parts) 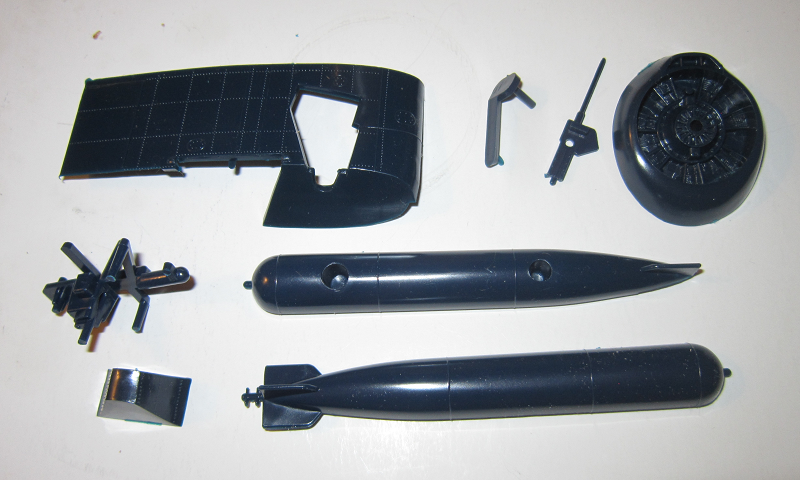 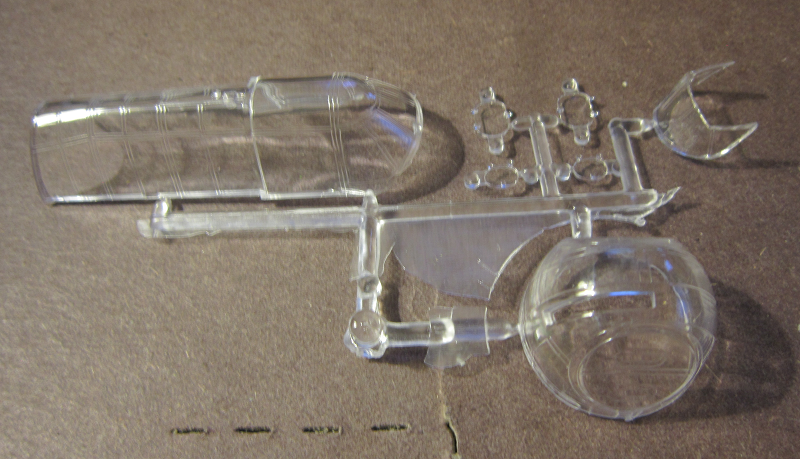 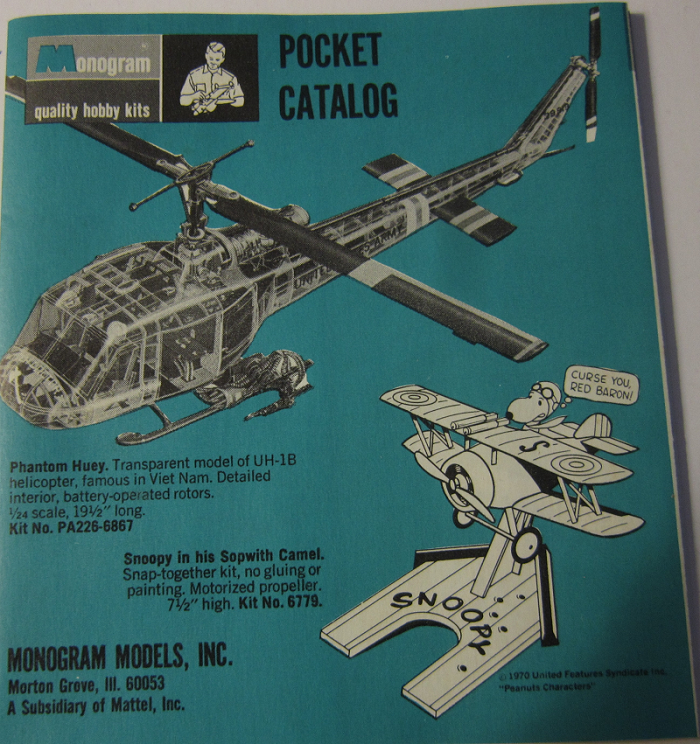