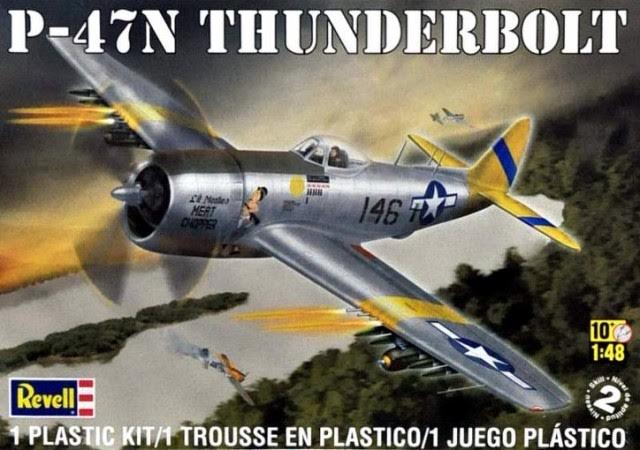 The P-47N was the last Thunderbolt variant to be produced. It was designed as an escort fighter for the Boeing B-29 Superfortress bombers flying raids on the Japanese home islands. Increased internal fuel capacity and drop tanks had done much to extend the Thunderbolt's range during its evolution, and the only other way to expand the fuel capacity was to put fuel tanks into the wings. Thus, a new wing was designed with two 50 U.S. gal (190 l) fuel tanks. The second YP-47N with this wing flew in September 1944.

Revell is an older prolific model company with offices in the USA and Germany. It is associated with Monogram.

The box art shows a P-47N fighting 2 Japanese fighters, one of which is going down in flames and the other one is retreating. The P-47N is over a forested shoreline and its wing guns are firing. It is overall bare-metal with a green anti-glare panel in front of the windshield. It has yellow stripes over the wings and a yellow tail with diagonal blue stripes. There is a yellow circle under the cockpit with 5 aerial kill marks for Japanese planes and 7 bomb run marks, plus some stencils. The nose says "L'll Meaties Meat Chopper" followed by an illustration of a baby in diapers, carrying a Thompson machine-gun, wearing a derby hat and smoking a cigar. It has a black fuselage number 146.

One corner of the box sart says the kit is intended for modelers 10 and older and the kit is a skill level 2, which is moderate skill.

The skill levels are explained on the bottom of the box tray, plus it says there that the kit is not for children under 3 due to a choke hazard. Revell's street address and and a 1-800 number and their web address are provided.

One side panel has a paint color listing, followed by 2 color walk-around photos of the model made up. The copyright date of 2011 and Revell's street address again are below.

The other side panel lists features of the kit in multiple languages, including English.
​WHAT'S IN THE BOX:

The parts are tight in the tray and touching all four walls.

Page 1 of the instructions begins with a black and white repeat of the box art, followed by international assembly symbol explanations, READ THIS BEFORE YOU BEGIN instructions and a paint color listing suggested to complete the model in French and English.

The bottom of the page gives a 1-800 phone number to call with any questions or comments and Revell's Customer Service Dept's address in Elk Grove Village, IL. Their web address is also provided and the copyright date of the kit is 2011.

Pages 2 though 9 give a grand total of 14 assembly steps.

Page 10 has a 2-view showing both sides of the box art subject.

It is overall bare metal with a blue cowling that extends as a scallop partway down the fuselage and has a white stenciled number 408 on it. It has a olive-drab anti-glare panel in front of the windscreen and behind the cockpit along the spine. The rudder tip is red and the serial no. 489408 is on it in black. GA in black is before the fuselage star and bars and NG behind it.

There are 3 diagonal red stripes under the fuselage stars. NG 408 appears in black letters above the right wing and below the left. Bombs color is called out as being olive-drab.

Page 12 has  2-views showing the tops and bottom of these aircraft.

There are no parts trees illustrations in the instructions. Trees are not alphabetized, but do have numbers on them.

To make things worse the part numbers on the trees are NOT sequential. They jump all over the place. This means great care will be needed to identify the right part numbers for each assembly. Bad move Revell !! 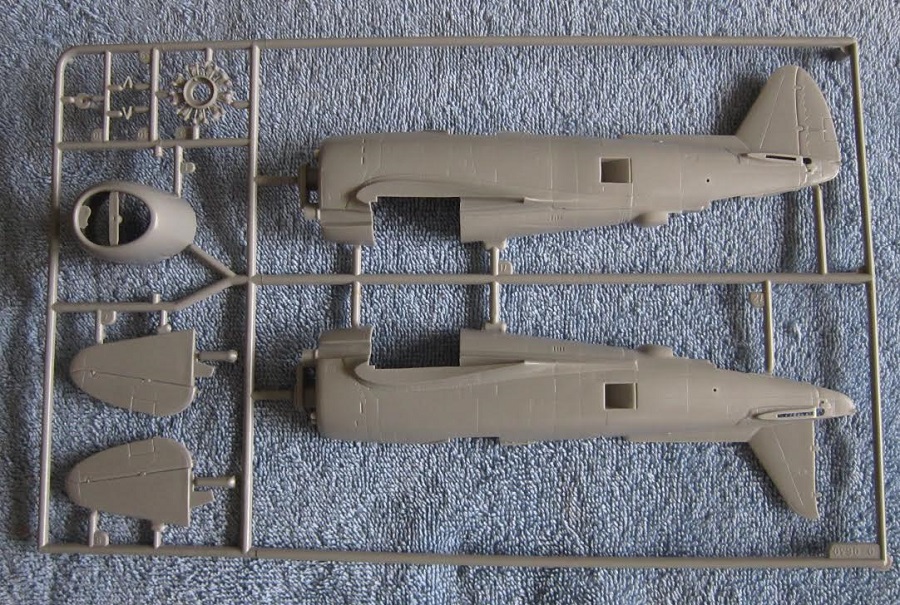 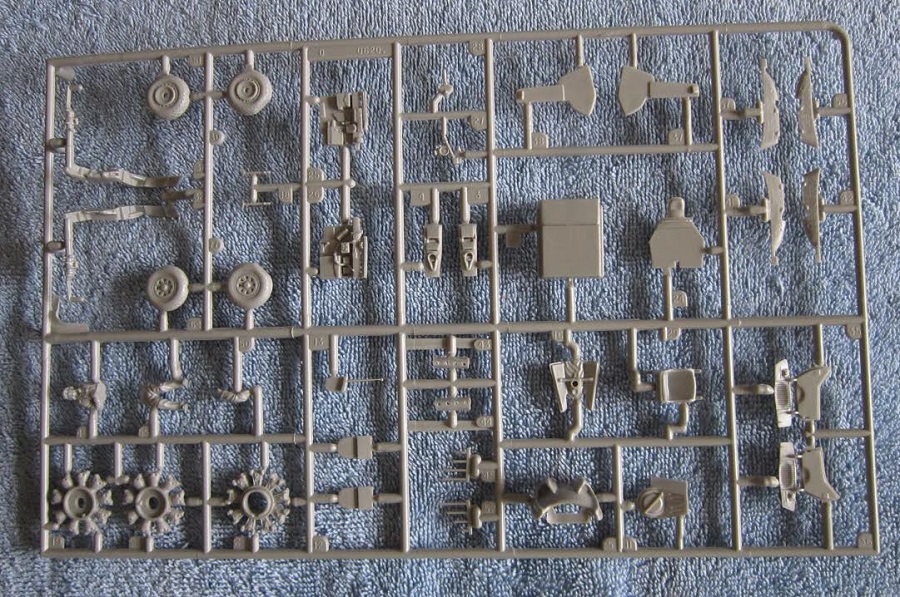 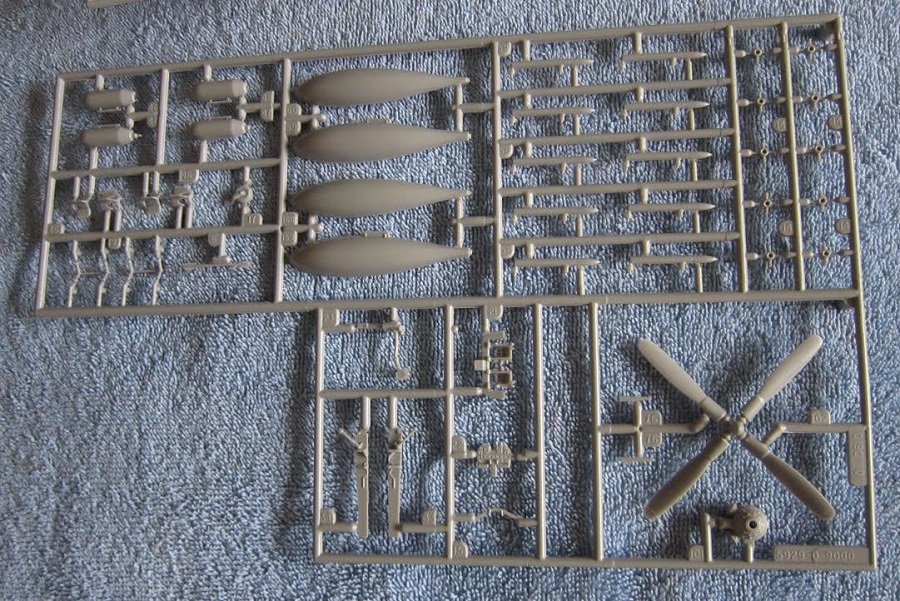 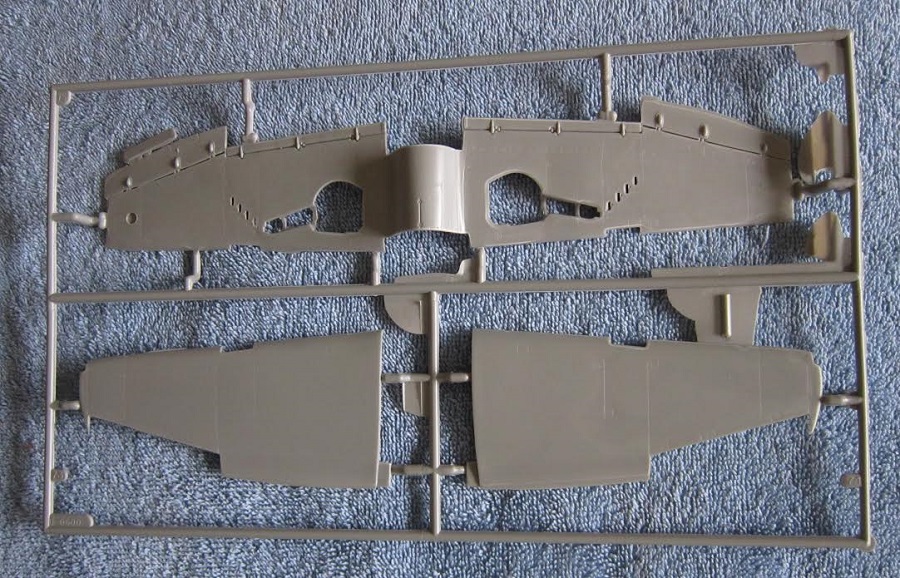 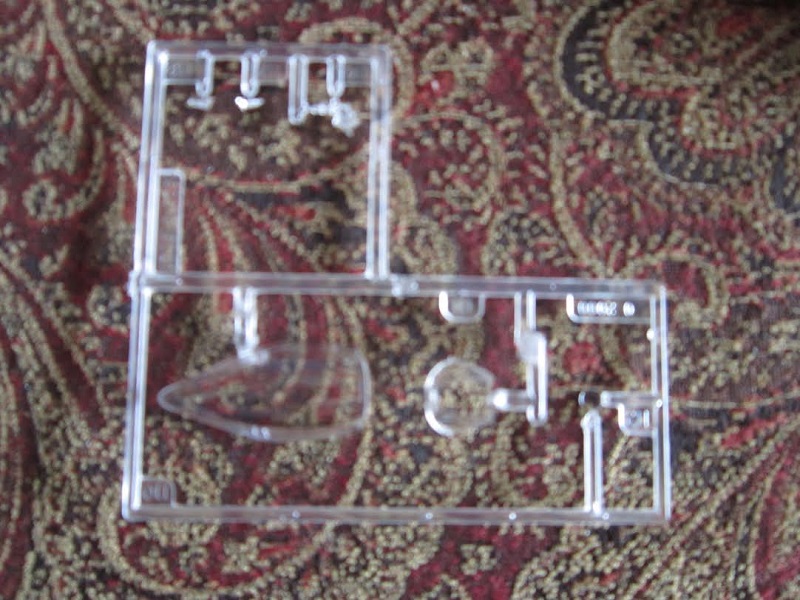 In addition to the 2 scheme marks it holds the dashboard instruments and numerous stencil marks. 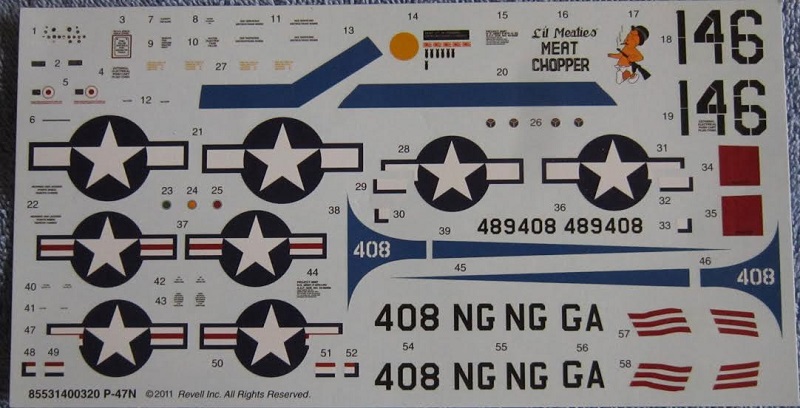 My only complaint is that the trees should have been alphabetized for more ease in assembly.
I won this kit in a raffle recently at a IPMS contest.