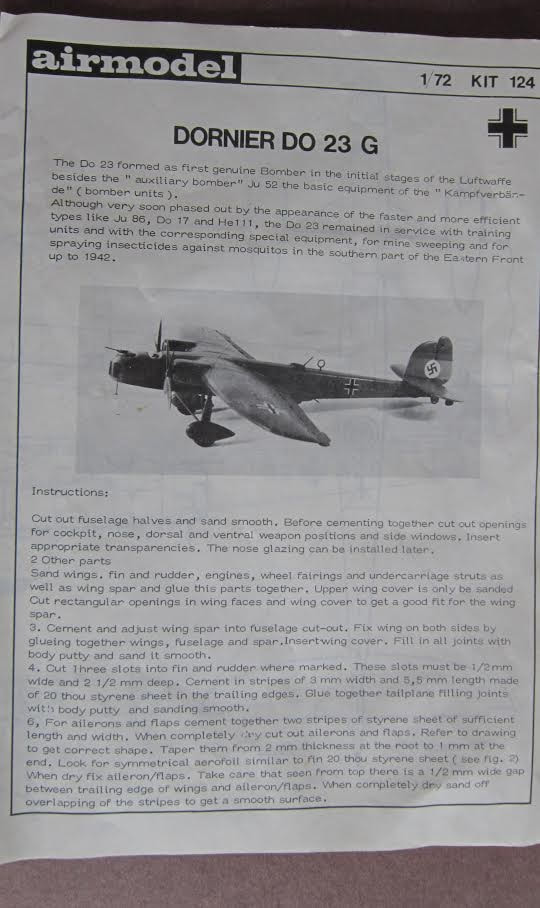 I paid $4.95 for my kit from Squadron Shop years ago.
HISTORY:

Several of the handling problems were thus corrected, but performance of the Do 23 was still considered mediocre, and it saw limited service life, being phased out of front line service by the late 1930s. It was replaced by aircraft such as the Heinkel He 111, but it did go on to serve and see action in World War II in the Czech branch of the Luftwaffe.

This kit comes in a clear staple-bound cello bag. It contains 3 large chalk-white vacuformed sheets of parts and the instructions.

Page 1 begins with a 1-paragraph history of the Do-23G, over a black and white photo of the model made up.

The bottom of the page has written assembly instructions.

Pages 2 and 3 have a 3-view of the aircraft in overall light-gray (RLM 76) with black fuselage code 32+A25 and swastika on rudder is on a white circle on a wide horizontal red band. No other markings are shown.

Page 4 has an exploded drawing on it for assembly purpose.

The first chalk-white vacuformed sheet holds: the fuselage and elevator halves, one half of a main wheel, a support beam for inside the wings, and halves of one of the landing gear legs. (8 parts) 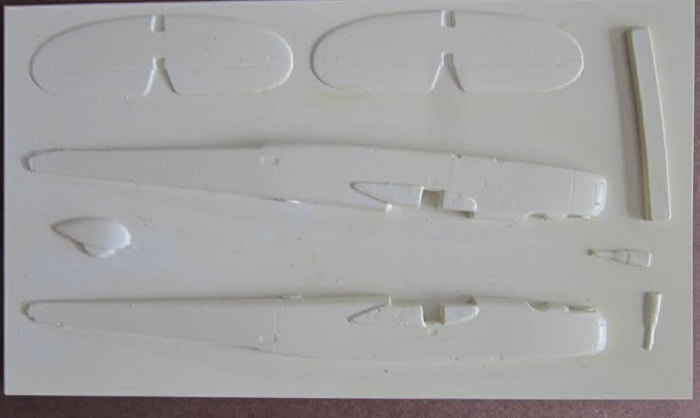 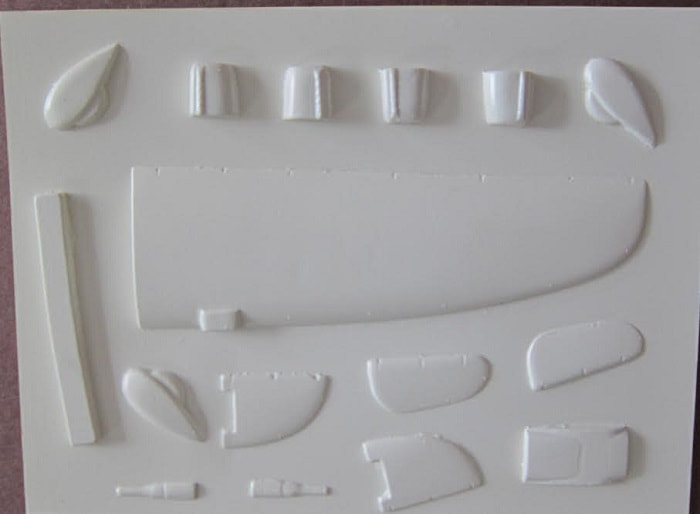 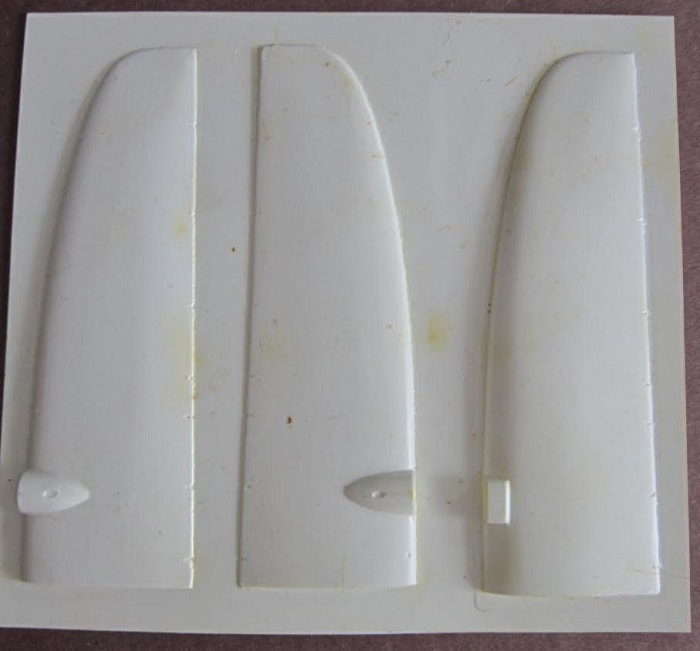 No clear parts are provided or decals.

Airmodel never provides the decals. They chase modelers to after market decal manufacturers for these,

This is very poorly detailed kit, with just the flaps indicated with faint engraved lines.

There are no panel lines present.
​Not Recommended.