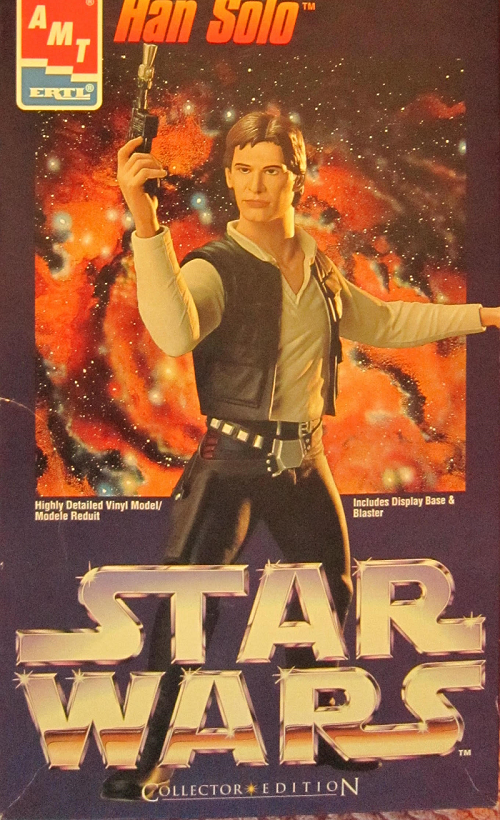 $13.00 on E-Bay
​Han Solo is a character in the Star Wars franchise. Han is a pilot from the planet Corellia, who is depicted as the third owner of the Millennium Falcon after winning the ship from Lando Calrissian who previously won it in a card game.
In the original film trilogy, Han pilots the Falcon, along with his Wookiee co-pilot Chewbacca, whereby both pilots became involved in the Rebel Alliance's struggle against the Galactic Empire.

During the course of the Star Wars narrative, Han becomes a chief figure in the Alliance and succeeding galactic governments. In the sequel trilogy Han is portrayed as the husband of Princess Leia Organa and the father of fallen Jedi, Ben Solo, who, after falling to the dark side of the Force, became Kylo Ren.
Harrison Ford portrayed Han in the original Star Wars trilogy as well as the first film in the sequel trilogy. Alden Ehrenreich portrays a young Han Solo as the titular protagonist in the 2018 film Solo: A Star Wars Story.

Creator of the franchise George Lucas described the character as "a loner who realizes the importance of being part of a group and helping for the common good".
​THE KIT:

AMT-Ertl was a company based in Dyersville, IA. They have gone out of business. They started their company years ago manufacturing metal farm toys - tractors, combines, plows etc.

The kit came in a shrink-wrapped end-opening type box. I am no fan of this type of box, because invariably parts or the decal sheet will find their way past one of the end flaps to become lost forever. Give me a tray and lid type box any day of the week.

The box art shows Han posed against swirling stars in the background. He wears a light tan shirt, black jacket, pants and shoes. He is holding a ray pistol in his uplifted right hand. He has a black leather belt with a bright metal buckle an trims.

The end of the box says the kit is not suitable for children under 8. There is a toll free 1-800 phone number to use with any kit problems.
​WHAT'S IN THE BOX:

The kit contains a pale gray vinyl torso, head (both already assembled), lower body, upper leg sections, lower leg sections with boots, arms, hands, ammo pouch, black holster and its strap and a black base. Holster is in a small sealed clear cello bag and all these parts are in a larger cello. 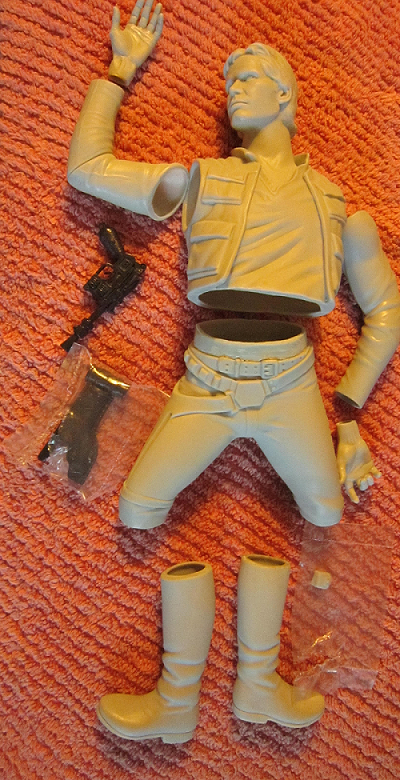 The instructions, a yellow Blueprinter subscription card (Ertl's newsletter, no defunct) and a Star Wars Fan Club membership form (for $9.95 per year).
There are 3 instructions sheets in the kit. 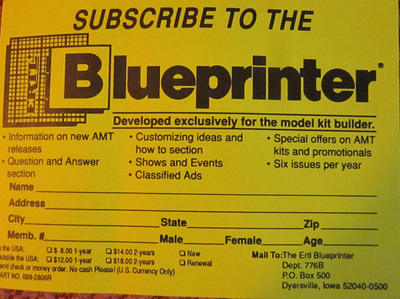 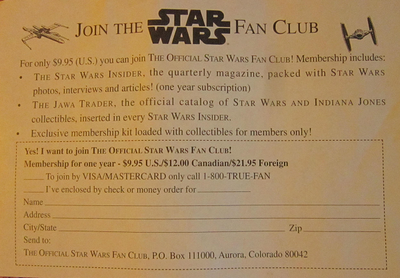 The 1st one is a single-sheet folded in the center to create 4 pages in 9 1/2" x 11 1/2" page format. These 4 pages give written assembly instructions in English, German, French, Spanish, Italian, Portuguese, Swedish, Danish and Chinese. Instructions is folded again to fit the box.

The 2nd instructions is the same page size, printed on both sides in the 9 languages. The face side has IMPORTANT instructions, over international assembly symbol explanations.

The reverse side has a list of suggested paint colors to use, folded to fit the box.

Page 1 has a black and white repeat of the box art, the copyright date of 1995 and the kit is authorized by Lucasfilm Ltd.

Page 2 & 3 give a grand total of 4 assembly steps.
​Page 4 lists 2 other Star Wars kits manufactured by AMT-Ertl: a Luke Skywalker vinyl figure, kit no. 8783DO and a Darth Vader vinyl figure, kit no. 8784DO, over a toll free 1-800 phone number to call with any kit problems and an invite to take a free factory tour of the Ertl plant in Dyersville, IA and Ertl's address there, folded again to fit the box.

There are no clear parts in the kit or a decal sheet.

This is a neat figure kit. The sculpturing of his face is very good.
​Highly recommended.