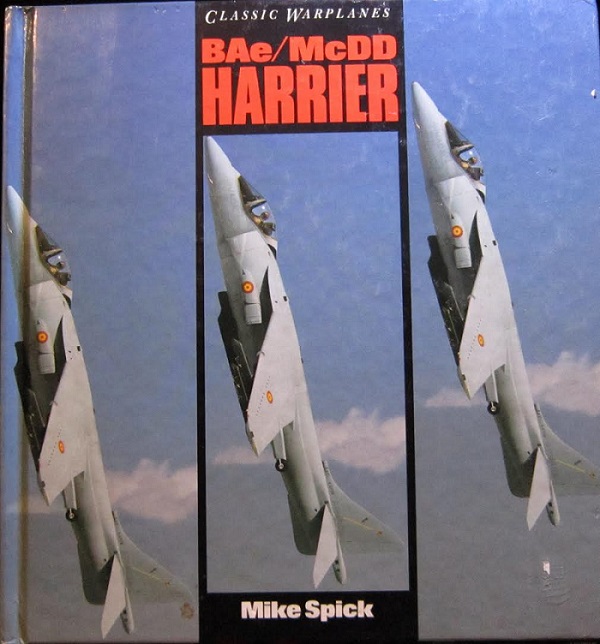 A fixed-wing aircraft that can rise vertically on jets of air; a fighter that can slow so dramatically in combat that its opponent will be unable to anticipate the move and becoming a victim; a futuristic piece of aviation technology that can hover like a bird of prey, after which it is named – all these and many more are attributes of the British Aerospace Harrier family.

This daring innovative design repaid the faith shown in it by its early advocates when the Royal Navy and Royal Air Force took it to war in 1982 in the South Atlantic. Subsequently, its AV-8 variant has performed with distinction in the service of the U.S. Marine Corps during the Gulf War of 1991.

Whether on land or at sea, flying from prepared runways or makeshift battle sites, the Harrier AV-8 is one of the world’s most versatile and effective combat aircraft. In service with a number of countries, the Harrier AV-8 continues to adapt to the challenges that like ahead in the next century.

The book was printed in Belgium. It is hard-cover of 46 pages in 8 ¼” x 9” page format. It came shrink-wrapped.

I got this book as a prize in a raffle at the Des Moines IPMS contest run by the Plastic Surgeons this last weekend. I looked on line to see if the book is still around and did not find this particular title, but I did discover that Barnes & Nobles handles Smithmark Publishers Inc. books and may be able to obtain this one for someone that desires it.