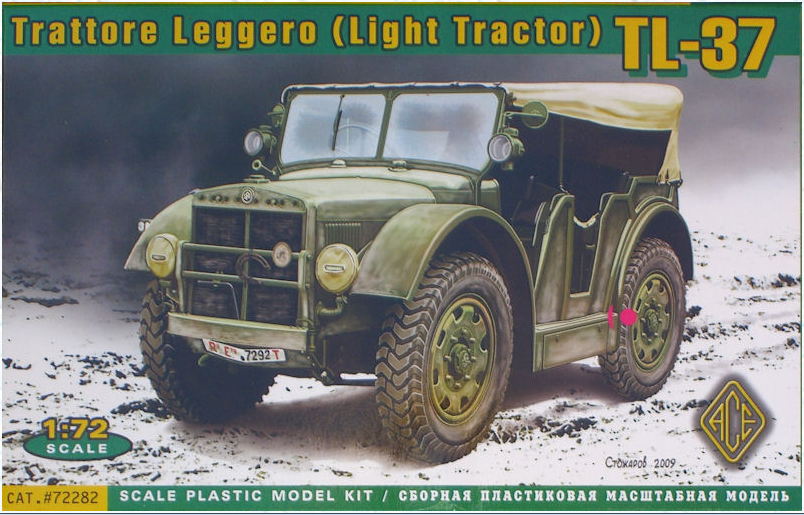 The TL-37 was an Italian vehicle of WWII. It was a Model SPA, called TLA (Trattore Leggero per artiglieria). The tractor was designed to accommodate six people, draw artillery pieces of 75mm and 100mm at a speed of 40 km/h on roads ans tow trailers carring ammunition with a capacity of 100 shells and cross slopes of 60%.

In 1938, the TLA gained the favor of the authorities over it's competitor from Breda and was named the TL-37.

The prototype was shown at Breda in Italy, in October of 1938. An order was place dor 250 tractors with  24 first copies being sent to Libya for testing and evaluaton of the vehicles.

Although the TL-37 was not fast  and had complex mechanics, it was regarded as the best artillery tractor employed in North Africa even when pitted against captured Allied artillery tractors.

The tractor was quite complex. It had a four-wheel drive. It was used on many fronts.

ACE is located in the Ukraine  and has always good ideas for vehicles in 1/72 scale. In the typical slip-on box,

The instructions consist of a single-sheet that is folded in the center to create 4 pages in 5 3/4" x 8 1/4" page format.

Page 1 begins with a black and white repeat of the cover art, over the parts trees illustrations and ACE's web address.

Page 2 & 3 have 9 exploded drawings for assembly purposes. Kit was made in the Ukraine by ACE and the copyright of the kit is given as 2010.

Page 4 is the painting and marking guide.

1. A TL-37 of the Italian army on the eastern front during the battle at Stalingrad in December 1942. It was abandoned on the South-western front. It is overall olive-green with a white-wash coating. Only markings shown is the license plate number of R E 7292T.

3. A TL-37 that was a captured vehicle by the Allies on Sicily in 1943. It is overall dark olive-green with a white circled star on top of the hood, its sides and both sides of the rear wall.

Trees are not alphabetized. The have part number tabs next to the parts on the trees.
​The first light-grey tree holds: the frame, head and tail lights, grill, hood, fenders, doors etc. (13 parts) 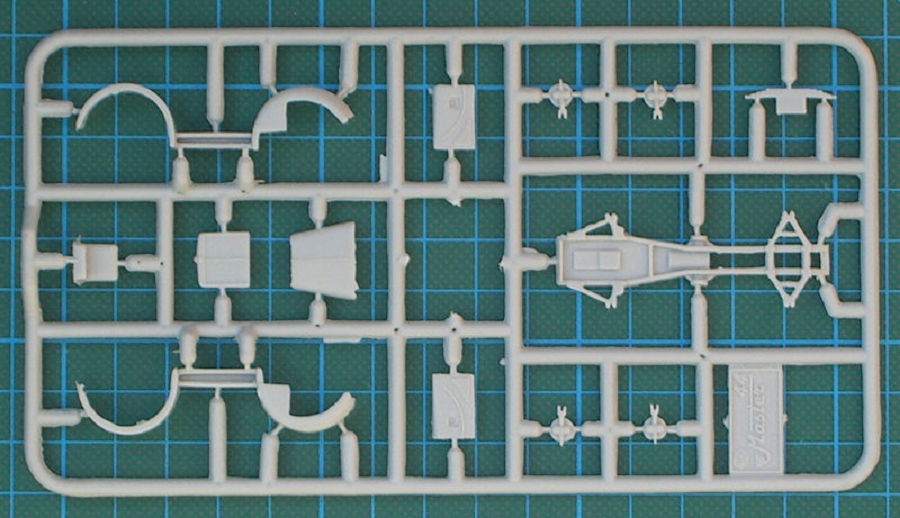 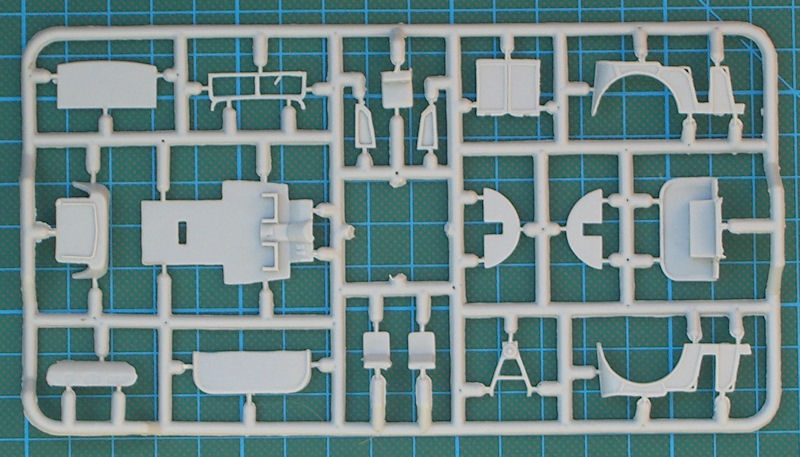 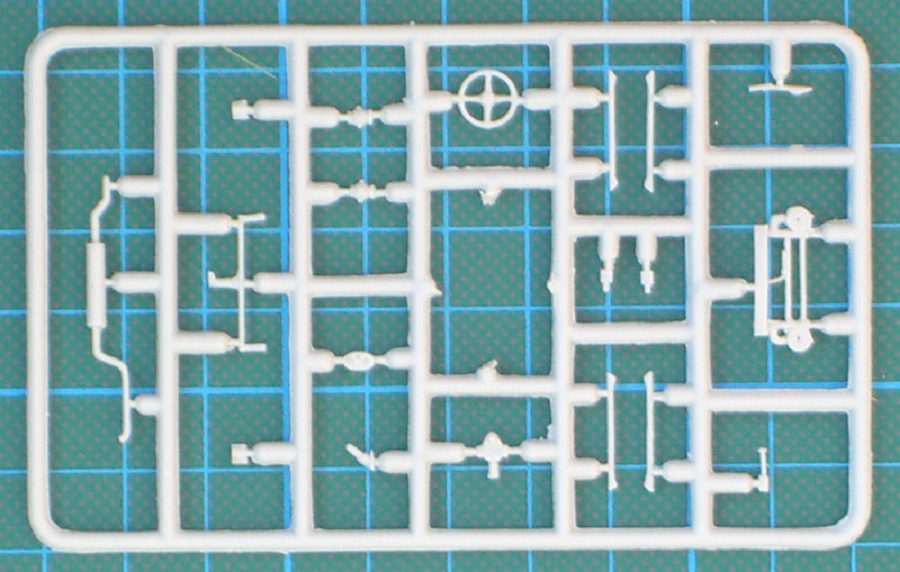 ​Another light-grey tree holds the 5 wheel rims. Also in the photo are the 5 black vinyl tires. 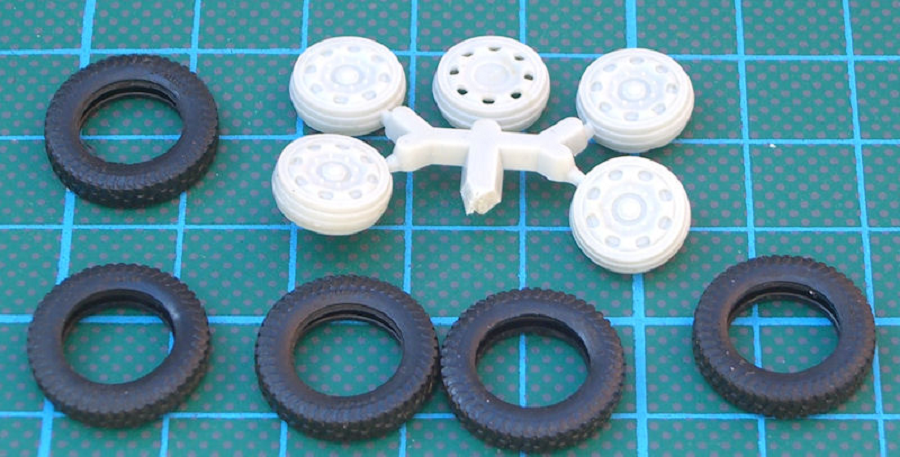 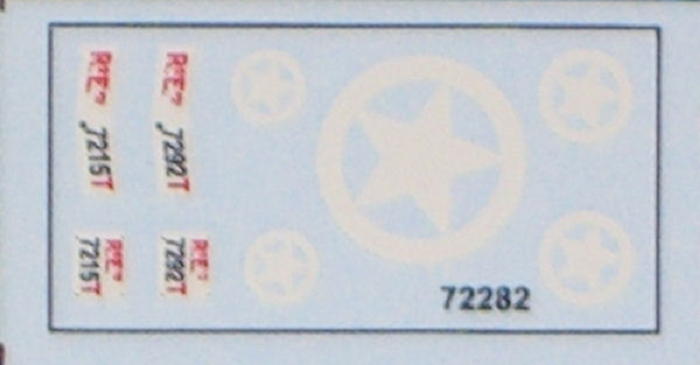 ​The quality and detailing of the components is good. Alone the chassis is already very complex. For this, the engine section must be pieced together out of four components. There are neat instruments and a handbrake lever and steering wheel.

I have assembled all but the 4 wheels and 5 vinyl tires together. I want to paint 4 of the rims before putting them on the tractor. However, I did mount the spare wheel on the rear.

Notes for the painting of the interior does not exist. Here one relies on comparative information from other Italian vehicles.

When installing the rubber tires, avoid direct contact with the plastic of the rims, because after a few years, the plasticizer of the rubber may degrade the rim.

I finally added a thin piece of clear plastic as windshield glass.

An interesting and well-made kit for the advanced modeler.

The kits from ACE are available from well-stocked retailers or dealers.
The completed build of the model. 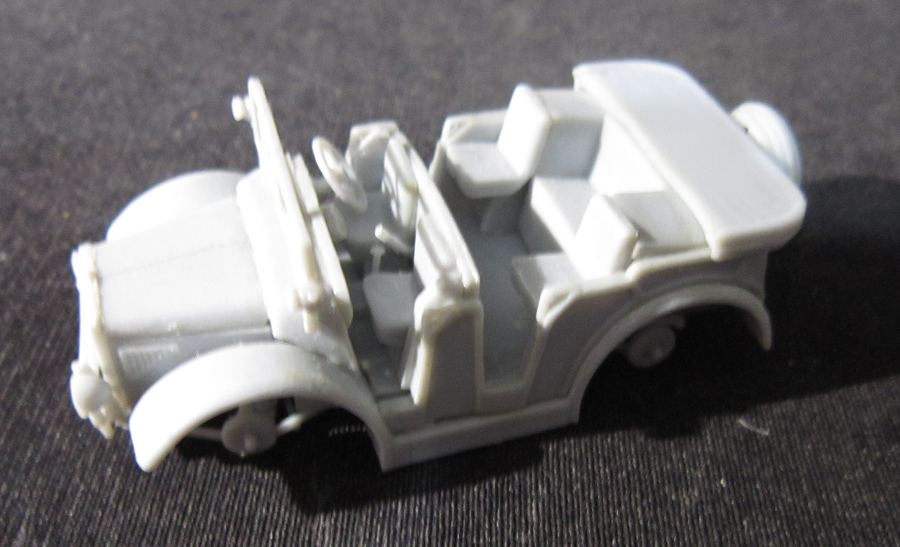 ​This is a neat, salty little kit. Highly recommended.