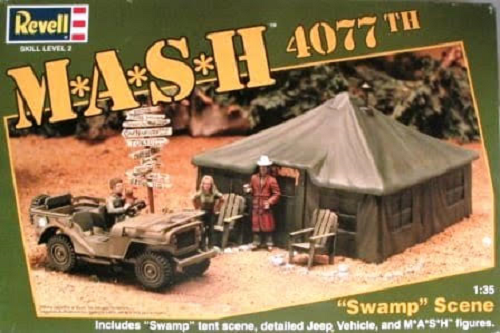 Just as scarce number of programs in television history have been as successful as the hit series M*A*S*H*, adapted from a 1971 hit movie of the same name, written by Richard Horberger. It was an unparalleled statement about the misery of war.

M*A*S*H* units were Mobile Surgical Hospitals, ceated during the Korean Coflict. The first unit began accepting casualties in June 1950. The innovation of airlifting patients by helicopter was added in January of the next year.

The quick evacuation of wounded soldiers meant that nearly ninety-nine percent of all wounded soldiers who reached a M*A*S*H* unit alive were saved. Death from battlefield wounds dropped dramatically during Korea and other subsequent conflicts.

Premiering on television in 1972, M*A*S*H* ran for ten years, and was the number one show after just its second season. The final show was seen by seventy-seven percent of the Americans watching television on February 28, 1963.

This diorama kit is a recreation of a scene from the series which includes the imitable Jeep with Radar O'Reilly in the driver's seat, the beautiful "Hot Lips" Houlihan, "Hawkeye" Pierce, "the Swamp" where he hung his hat, and the famous road sign to the hometowns of the people in the 4077th.
​THE KIT:

Revell is an old prolific model company based in Morton Grove, IL. They manufacture all manner of model subjects in the popular scales.

The tray of my kit was rather flimsy and is badly crushed.

The box art shows the diorama made up. It has the tent named "Swamp" where in the first season Hawkeye Pierce lived with Frank Burns and Trapper John MacIntire. In the second season his room mates were replaced by Charles Winchester and B.J. Hunnycutt.

Pierce is standing in front of the door of the tent wearing a white brimmed cowboy hat and robe. He has a martini glass in his right hand and his left hand in a robe pocket.

Hot Lips is talking to Radar who is driving a jeep by with his teddy bear under one arm. Hot Lips has her hands on her hips.

There are 2 wood chairs in front of the tent and the famous road sign to the left of it. The sign has the names of 10 cities on it.

One side panel begins with a listing of features of the kit: Vacu-formed 2 piece "Swamp" tent with integrated display base, MASH figures including Hot Lips, Hawkeye and Radar, detailed Jeep vehicle, diorama accessories include sign post and chairs, model is in olive-drab, decals are included. This is followed by 3 color walk around type photos of the model made up, the copyright date of 1994, Revell's address in Morton Grove, IL and the address of their office in Germany.

​The other side panel has a 4th color photo of the model made up, followed by the color box art of the MASH Bell H-13H Helicopter kit that Revell manufactures. No kit no. is given for this kit. I have this kit, however, partially built.

​This is followed by the skill level of the kit being a 2 (more challenging, requires glue and kit contains 60 parts. Kit is intended for modelers 10 and above.

Copyright date is repeated, as well as the two addresses on the other side panel. The use of the MASH name is licensed to Revell by Twentieth Century Fox and Chrysler Corp. licenses Revell to use the name Jeep.

The kit contains an olive-drab vacuformed walls and roof section of the Swamp tent, a clear sheet for making the tent windows and the windshield of the Jeep, a olive-drab ground base part, 6 olive-drab parts trees in 2 sealed clear cello bags, the decal sheet and the instructions.

The instructions consist of a single-sheet that accordion-folds out into 6 pages in 5 3/4" x 11" page format. Folded once again to fit the box.

Page 1 begins with Revell Inc. mentioned as being in Morton Grove, IL, the copyright date 1994 and MADE IN USA, over a black and white repeat of the cover art and the history of the MASH series and READ BEFORE YOU BEGIN instructions and international assembly symbol explanations in 4 languages, including English.

The bottom of the page has the telephone number to call with any problems encountered with the kit.

Page 2 through 6 give a total of 12 assembly steps.

The bottom of page 5 has painting instructions with a suggested color listing.
There is a card to use to get a catalog included in the kit.

Trees are not alphabetized or illustrated in the instructions. However, they do have part number tabs next to the parts on them. 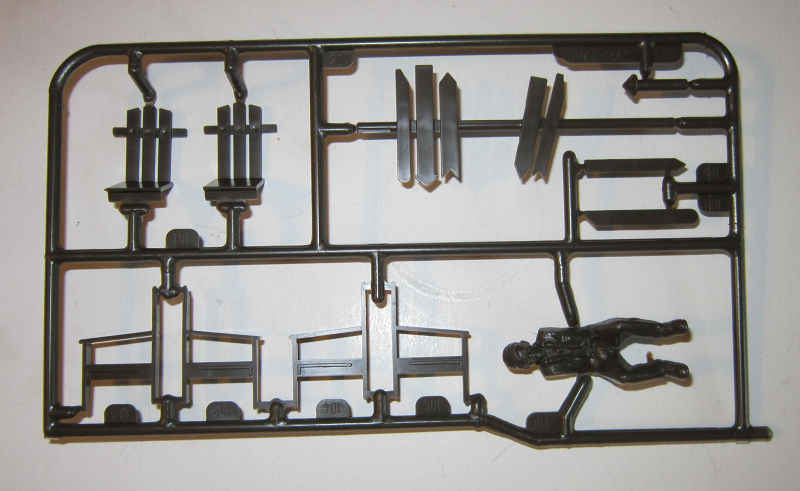 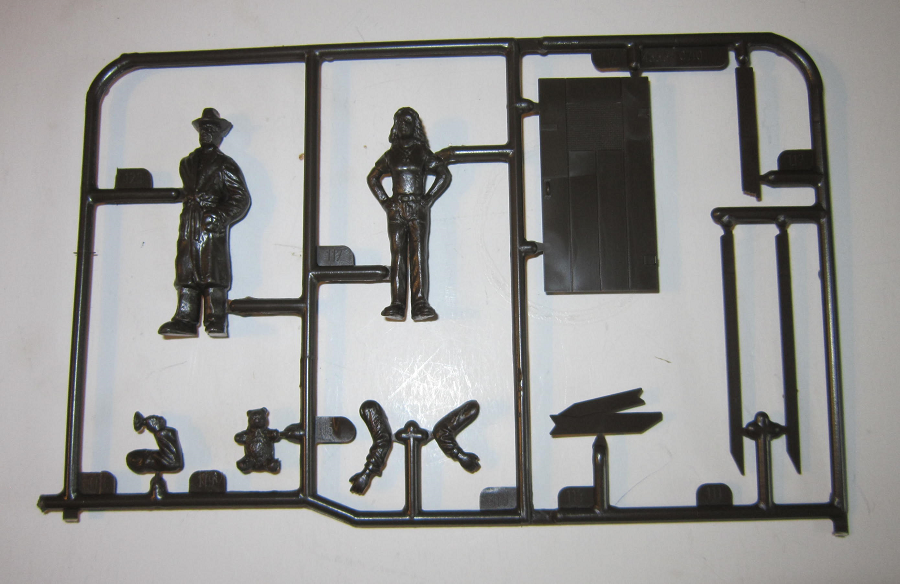 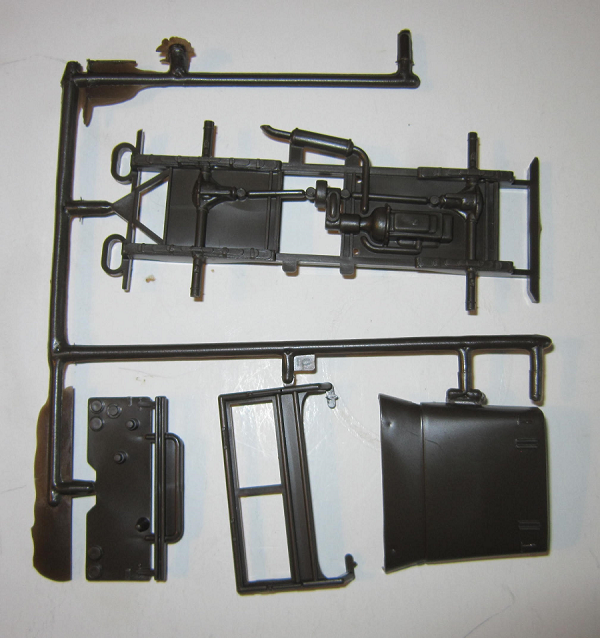 ​The fourth olive-drab tree holds: the Jeep's side walls and wheel rims (4 parts) 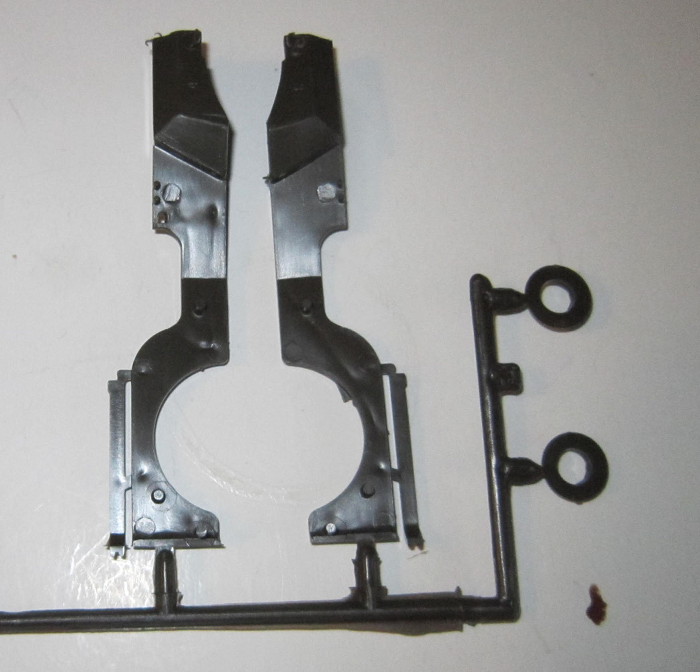 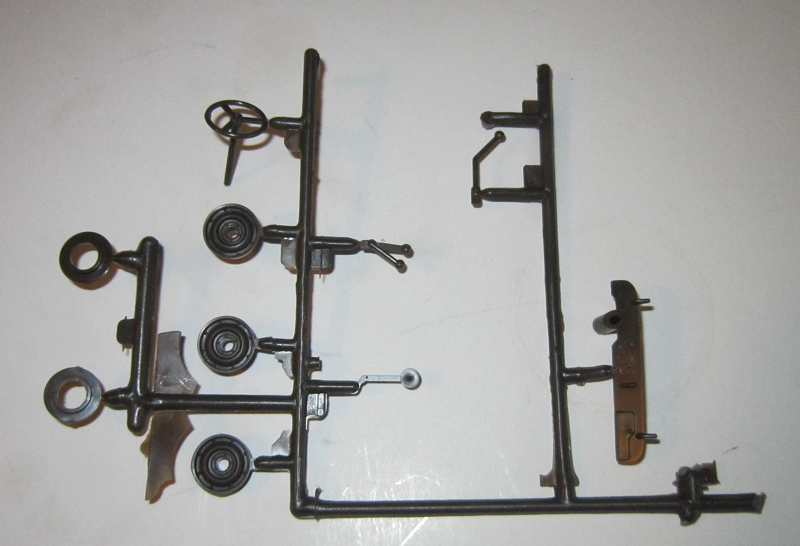 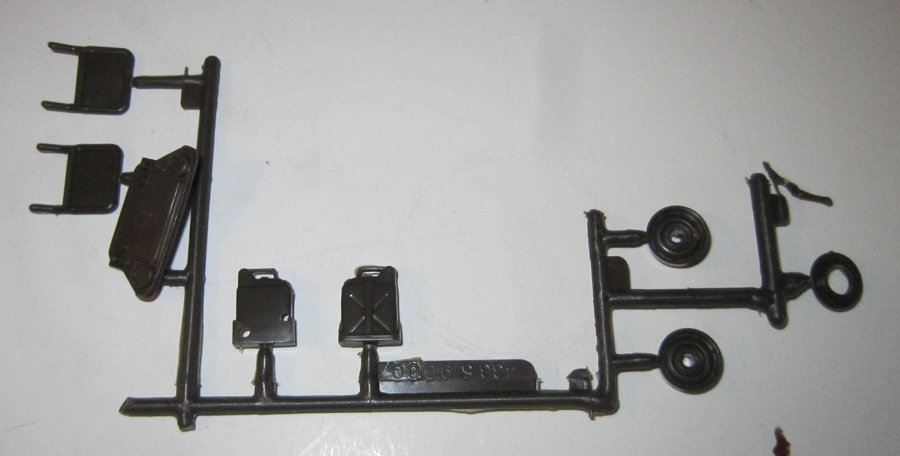 ​A loose olive-drab part is the Jeep's floor. 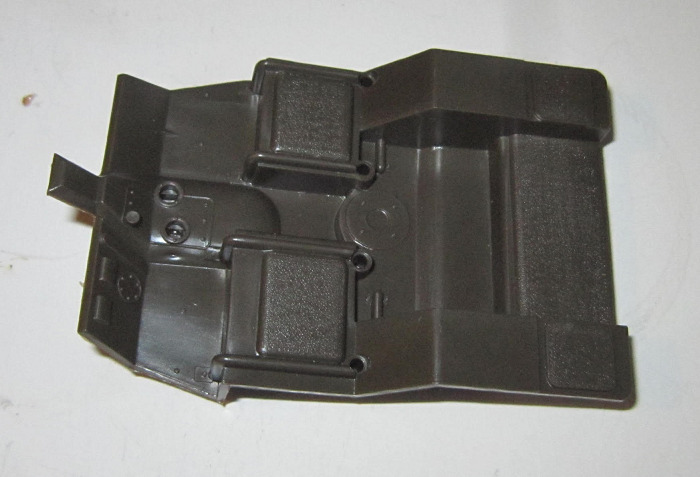 ​There are 5 loose black vinyl tires. 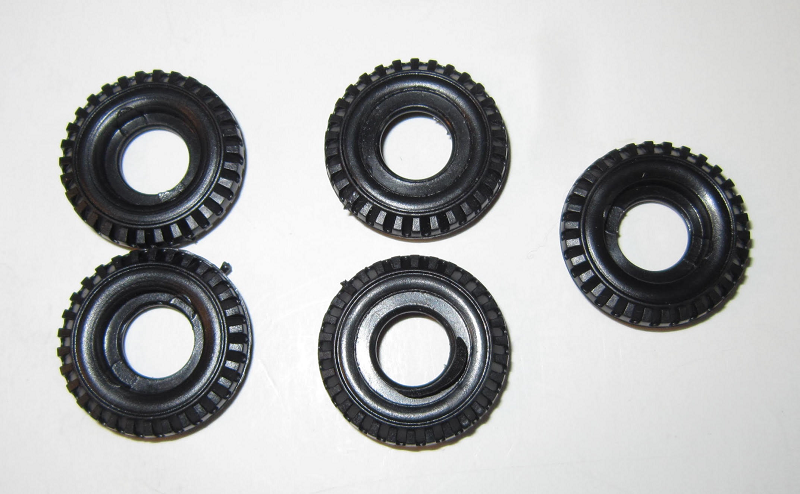 A sheet of clear plastic is included for the Jeep wind screen and the tent windows. 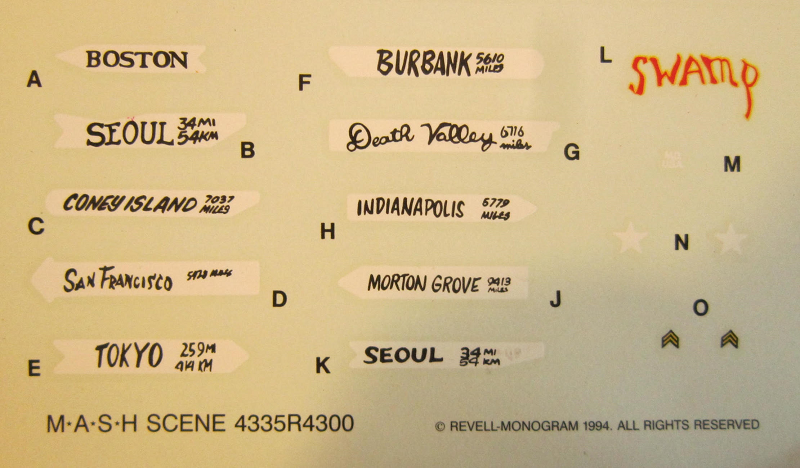 The tent consist of three pieces: the base, tent body and top. 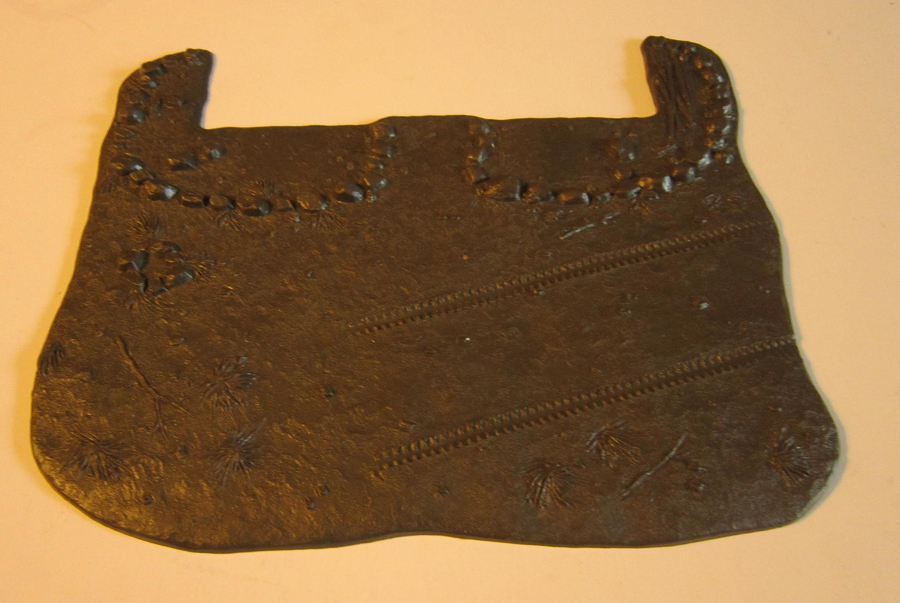 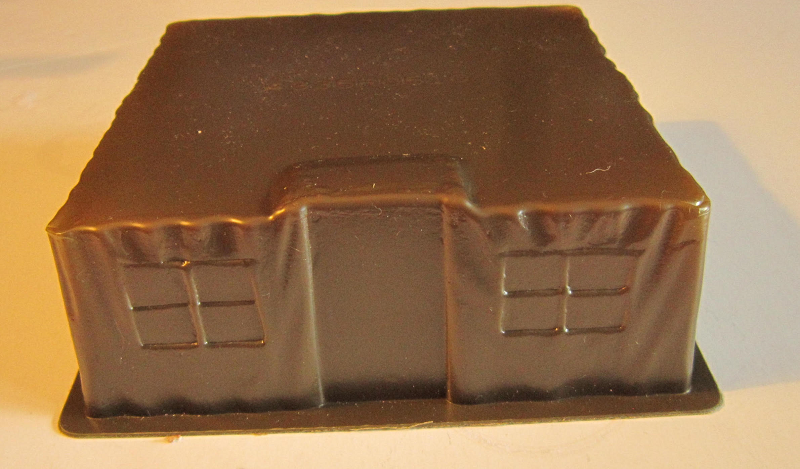 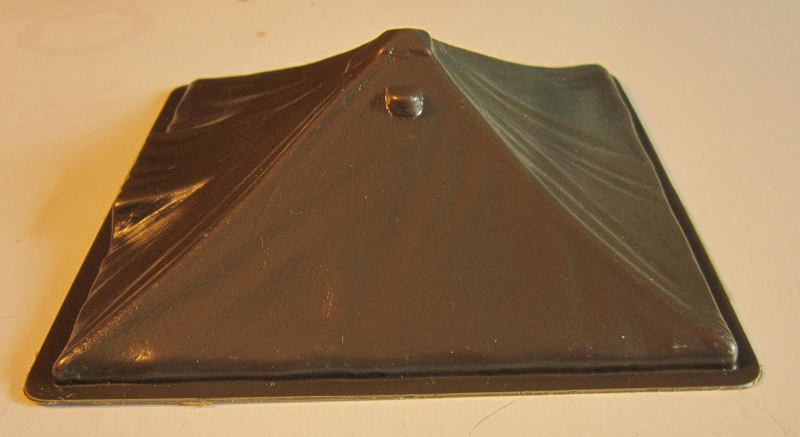 A card for purchasing the Revell Catalog completes the kit. 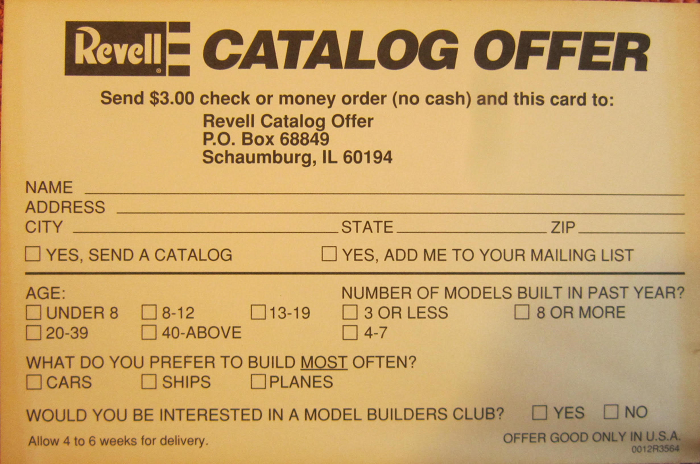 ​In one episode I believe that Hawkeye said he was from Morton Grove.

This is a neat diorama. It will be enjoyed by TV addicts and modelers alike.