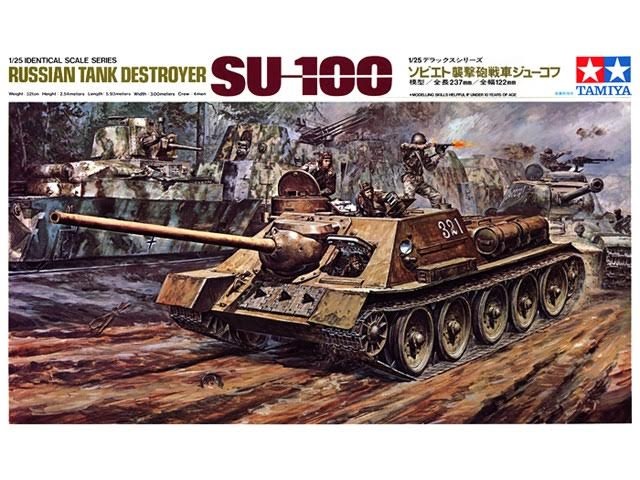 At the end of 1942, the Soviet Army placed the SU-76 self-propelled anti-tank gun at the fronts to oppose the advancing German tanks. This 76 mm gun had been an effective anti-tank gun in the posession of the Soviet Forces at the time. However, in 1943, when the new German tanks appeared at the front, it was increasingly evident that the fire power of the SU-76 was not enough to counter them. Besides, other defects such as high hull and thin defensive armour - without ceiling - could not be ignored. The Soviet Army therefore asked the industry to produce a much more effective and spot-less anti-tank weapon. To satisfy the demand, the SU-85 anti-tank gun was introduced in the latter half of 1943 to replace the SU-76.

The SU-85 was an assault gun tank. It used a T-34 tank hull, onto which an 85 mm anti-tank gun was mounted. However, it was a tank without a revolving gun turret of the usual tank. This unusual tank had proved highly effective in attacking enemy tanks. A little later, the T-34/85 tank too made its appearance in the battlefield. Despite these new anti-tank weapons, the demand for a more powerful one persisted, as enemy tank armour had become much stronger.

In 1944, the SU-85 reappeared at the scene of the war, mounted with a new 100 mm anti-tank gun, replacing the former 85 mm one. This remodeled assault gun tank was the SU-100 therefore and was quite similar in outward appearance to the SU-85, excepting for its more powerful anti-tank gun. Another structural feature that sharply distinguished the SU-100 from the SU-85 was the commander hatch and the section around it, which perculiary projected outside the right hull. In contrast, the commander hatch section of the SU-85 was completely fixed inside the hull.

Although the 100 mm anti-tank gun of the SU-100 is much less powerful than those of either the German 75 mm gun or the British 17 pound gun in the point of armour-piercing power, its twice-heavy shell had a far more effective destructive power than that of the German tanks.  One merit of the SU type tank without the usual gun turret was its low hull weight, owing to its gun, turretless structure. Since it was without a gun turret, it could be mounted with a more powerful gun when compared to a usual tank of the same weight. Also, its simple construction allowed the labor and cost of production to be reduced by 20%.

However, these advantages were considerably discounted by the inability to revolve its gun due to lack of a gun turret. This inability made its range of attack largely dependent on the conditions of the location. The drawback was especially exposed when the SU-100 was fighting on a slope or in a narrow city street. During World War II, the Soviet Forces therefore tried to make full use of its advantages by concealing it inside a building or under the trees to trap the enemy. Thus, when the SU-100 was employed for a specified firing to support infantry, it displayed its splendid performance.

Unlike Tamiya's usual proceedure of doing the box art with an all-white background, this kit has a scenic one.

It shows a SU-100 leading a T-34 down a dirt road next to a knocked out German train. Two crewmen are looking out of the roof hatches. They wear black uniforms with leather tankers helmets. Another crewman is looking out of the front hatch. An infantryman is standing on the roof and firing a machine pistol. On top of the T-34 there is a crewman on the flexable machine gun. He has been hit and is falling backwards.

The SU-100 is in overall dark green with a heavycoat of mud on it and a white serial no. 321 on the sides of the hull.

​
No kit numbers are provided for these 5 kits.
​WHAT'S IN THE BOX:

Page 1 has 3 black and white photos of a actual SU-100 that is restored in the Roya Armoured Corp Tank Museum at Bovington, Dorset in England down the left side of the page. Down the right side is the history of the SU-100.

Page 2 to the top of page 4 gives 9 assembly steps. The first 5 steps are mostly for the motorization.

The bottom of page 4 has the part trees illustrations and a listing of the names of the parts in the kit.

There are markings shown that are on the decal sheet for a Soviet tank (red star), Order of the Red Banner (for Soviet tanks), Polish checkerboard insignia, Polish Eagle insignia and U.A.F. insignia, that you can opt from to decorate your model.

A listing of all MT and DT kits are at the bottom of the page.

Tamiya's address in Shizuoka City, Japan is provided too. 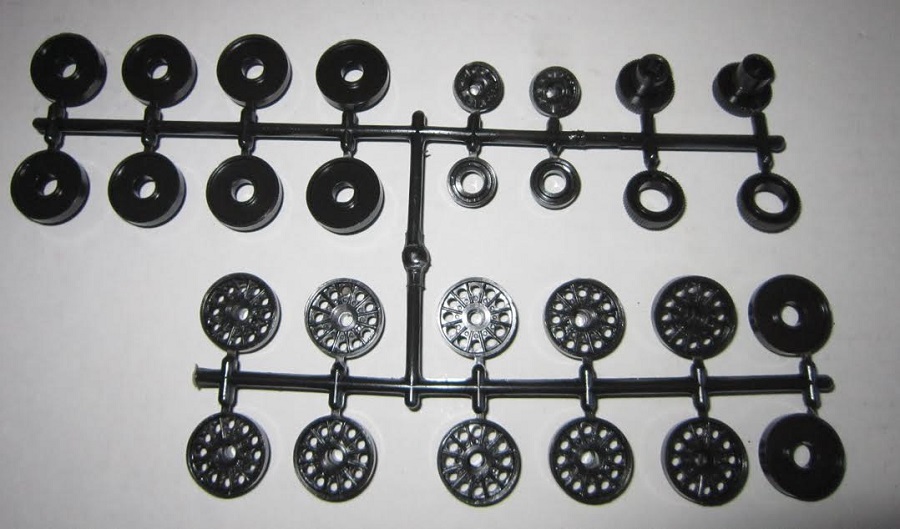 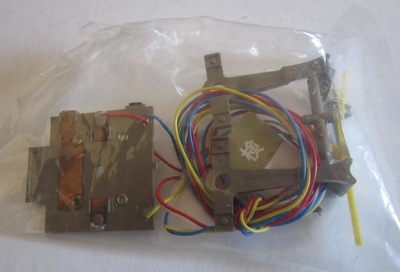 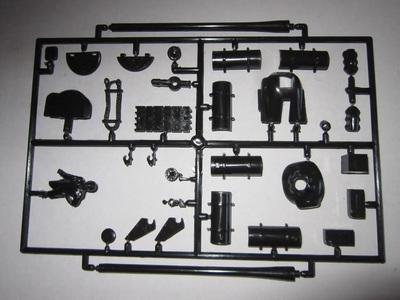 ​Next is the dark green hull tub and hull roof parts. I added some brass screen to the engine air intake grill on the rear deck.

​The two runs of black vinyl rubber band type treads dried out over the years and shattered. 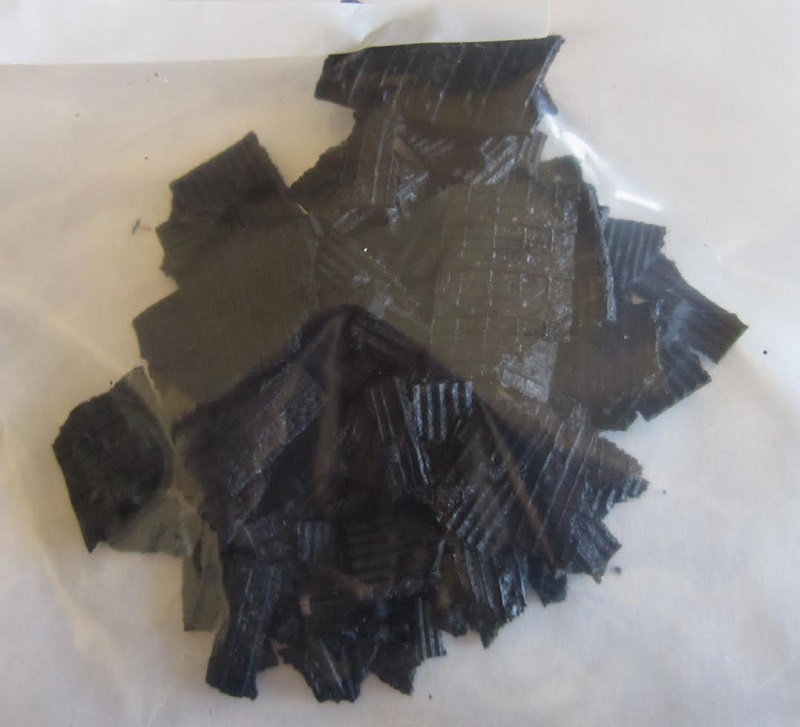 I purchased a set of MB Models brand white metal individual track links to replace the vinyl ones in this kit that got old, dried out and shattered in a hundred pieces like an egg shell. 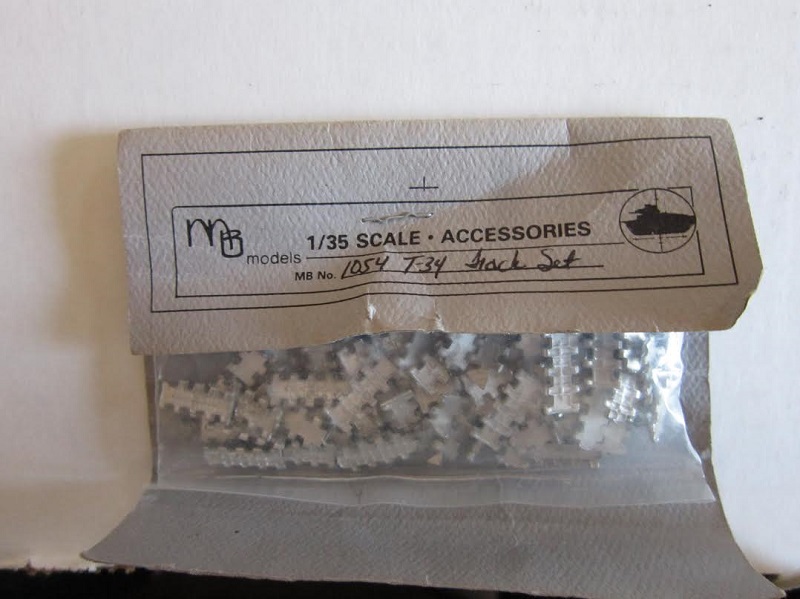 ​The light tan remote control battery box, the hardware and motors completes the parts in the kit. 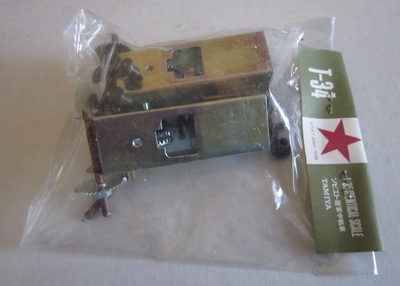 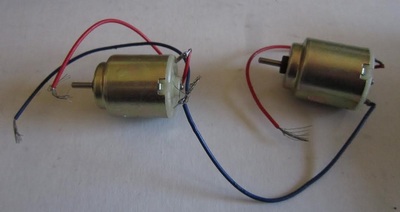 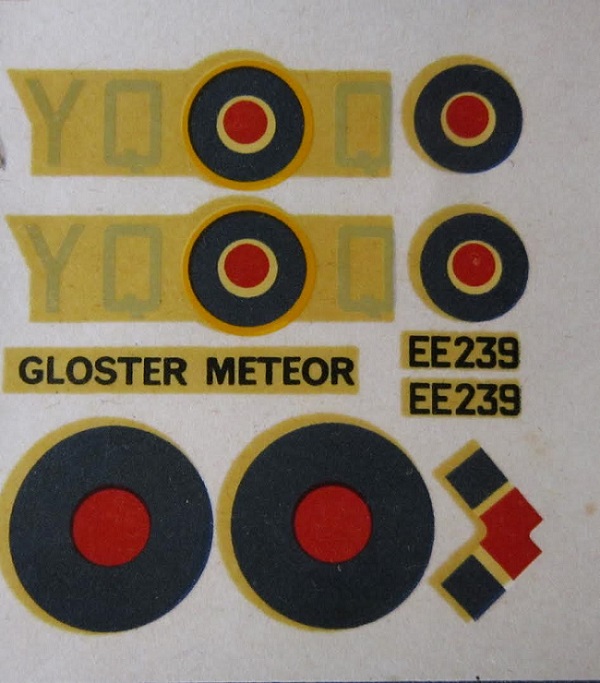 Other than the tread problem, the only other problem is if you don't want to motorized the kit. For opting for just a static shelf model, you will have to putty up several holes in the hull tub.

Not a bad kit for how old it is. I assume that the later re-release of it, sold at Sprue Bros. and not motorized maybe has a hull tub in it without the holes??

Otherwise recommended. It looks to be an easy build for a static model. Not that many pieces.
​I purchased my kit back in the 70's at my local hobby shop.