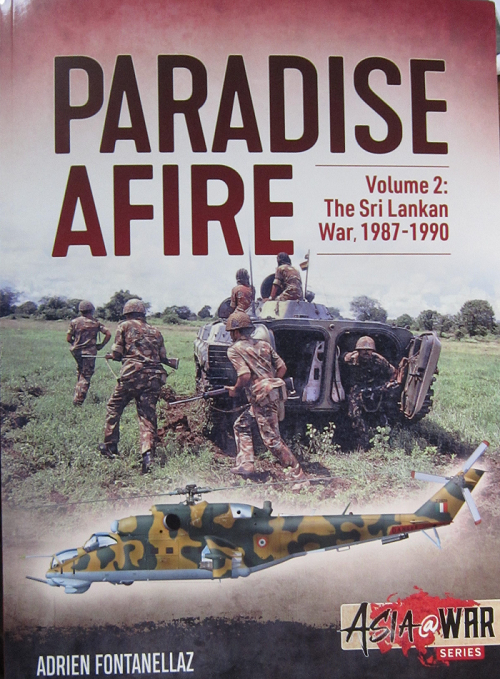 Upon achieving independence from Great Britain in 1948, the stunningly beautiful island of Ceylon, re-named Sri Lanka in 1972, was expected to become a sort of ‘South Asian Singapore’. However, stable political order and bright economic prospects proved insufficient to maintain peace. A host of unsolved ethnic conflicts and social inequalities conspired to erupt into an armed conflict in 1971.

By 1987, the crisis heated up to the point where the government in New Delhi began exercising fierce pressure upon the Sri Lankan government and the Sri Lankan Tamil insurgents to arrive at a peace deal. In order to help maintain peace, the Indian Peace Keeping Force was deployed on the island.

However, with a few weeks, the troops of the Indian Army found themselves involved in a bloody and protracted confrontation with the most powerful of Tamil insurgent movements – the Liberation Tamil Tigers of Elam (LTTE). The peacekeeping operation was thus quickly converted into a military intervention and a bloody quagmire. To make matters even more complex, southern Sir Lanka meanwhile became engulfed in an unprecedented wave of public violence, triggered by the second insurrection of Sinhalese ultra-leftist movement, the JVP.

Calling upon extensive studies of the Sri Lankan War, with the help of first hand sources, official documentation and publications from all of the involved parties, this volume provides an in-depth and particularly detailed account of military operations between 1987 and 1990. It is illustrated by over 74 black and white and 8 color photographs, 6 maps and 12 color profiles and 4 color illustrations of soldiers.

Following on from Helion’s highly successful Africa @War series, Asia @War replicates the same format – concise, incisive text, rare images and high-quality color artwork providing fresh accounts of both well-known and more esoteric aspects of conflict in this part of the world since 1945.

The cover art shows a color photo of troops of the 41st Infantry Brigade, Indian Army, disembarking from the rear of a BMP-1 outside of Jaffna, in October 1987, above a repeat of the color profile in the book of a Indian Air Force Mi-25.

There is a list of all the abbreviations used in the book and what they mean.

Adrien Fontanellaz, from Switzerland, is a military history researcher and author. He developed a passion for military history at an early age and has progressively narrowed his studies to modern-day conflicts.

He is a member of the Scientific Committee of the Pully-based Centre d’histoire et de prospective militaires (Military History and Perspectives Centre), and regularly contributes for the Revue Militaire Suisse and various French military history magazines.

He is co-founder and a regular contributor to the French military history website L’autre cotè de la colline, and this is his seventh title for Helion’s ‘@War’ series.

I sincerely thank Casemate Publishing for this review sample and the folks at Helion & Co.

Casemate is the North American distributor for Helion & Co. books.

All Helion & Co. books can be seen on Casemates web site at:
www.casematepublishers.com