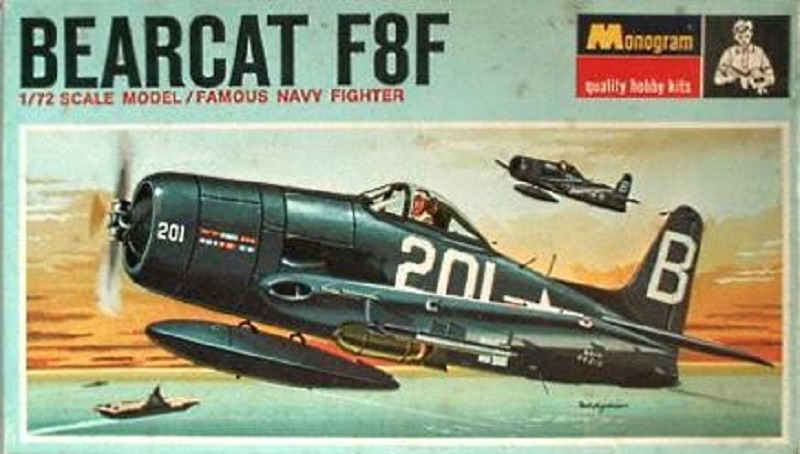 The Bearcat was the last of the great propeller-driven shipboard fighters. Designed in 1943, as a short range carrier based interceptor capable of outrunning, outclimbing and outmaneuvering anything in service or under desing at that time. Grumman engineers used the best features of their Hellcat and came up with a design they considered to be the smallest possible, using the Pratt & Whitney eighteen cylinder double-row Wasp engine.

The first prototype designated XF8F-1 was flight tested in August of 1944. By January of 1945, the first pilot run production of XF8F-1's were completed. Further testing and squadron training was begun in earnest and by July the first squadron equipped with Bearcats was deployed aboard the carrier Langley. By mid-August World War II came to a close and the Langley with her Bearcats had not reached combat.

By December of 1947, the Navy had 23 squadrons equipped with Bearcats with one more to come in 1948, but the end was in sight for the Bearcat as jets were now in production. During 1949, Bearcat equipped squadrons wre being rapidly phased out. When the Korean conflict began in the summer of 1950 the Navy deemed the F8F's unable to meet their requirements in ground attack missions. Thus, while being the Navy's mainstay fighter for almost four years, it was never to see combat.

In 1951, many Bearcats were supplied to the French Expeditionary Air Force engaged in Indo-China (Vietnam). This was the only combat the F8F's would see and in the role of ground-support they were not well suited.

Monogram is an older prolific model company based in Morton Grove, IL USA as a subsiderary of Mattel. They make all manner of model subjects in the popular scales.

The box art show 2 Bearcats flying over an aircraft carrier.

The Bearcat in the foreground is overall navy blue with a small white number 201 on the sides of the cowling and again larger in white under the cockpit on the sides of the fuselage just before the star with bars. There is a white letter B on the rudder. It has 2 rows of campaign ribbons in color on the side of the nose.

The other Bearcat in the distance only shows that it too has a large white letter B on its rudder.
One side panel has a color illustration of the Bearcat in the box art scheme sitting on its landing gear. Copyright date shown is 1967 with Monogram mentioned being in Morton Grove, IL. Printed in USA.

The other side panel has a color illustration of the Bearcat in the box art scheme as a profile drawing. Features listed are: Build choice of F8F-1B or F8F-1 version. Kit also contains a large drop tank, two bombs, four rockets, a realistic pilot, control stick, seporite seat, seporite radial engine and authentic decals.
​WHAT'S IN THE BOX:

The instructions consist of a single sheet folded in the center to create 4 pages in 5 1/2" 8 1/2" page format.

Page 1 begins with a black and white photo of the Bearcat made up in the box art scheme, followed by the history of the aircraft, the 1967 copyright and Monogram's location in Morton Grove, IL.

Spread across pages 2 and 3 is IMPORTANT! READ THIS BEFORE YOU BEGIN instructions over an exploded drawing for assembly, accompanied by text to walk modelers through the build.

Trees are not alphabetized, but do have number tabs next to the smaller parts on the trees. Parts are not cello bagged. 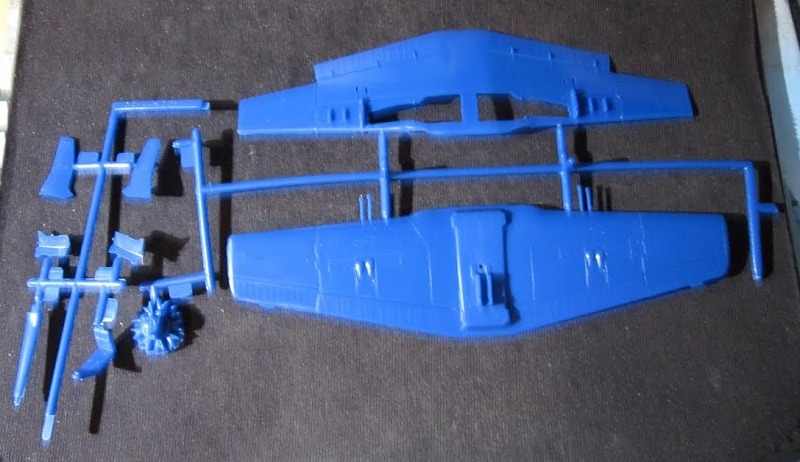 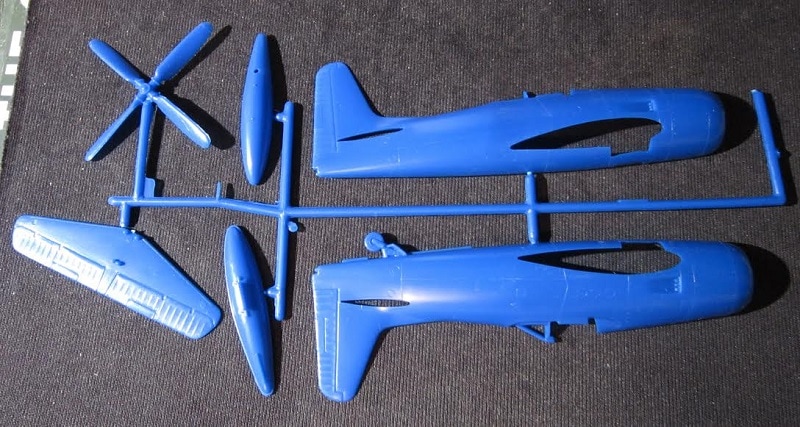 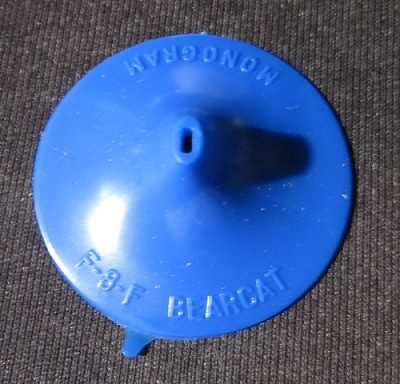 ​The clear tree holds 2 parts of the cockpit canopy. 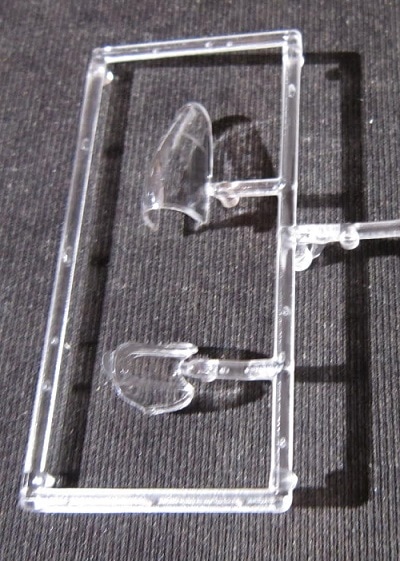 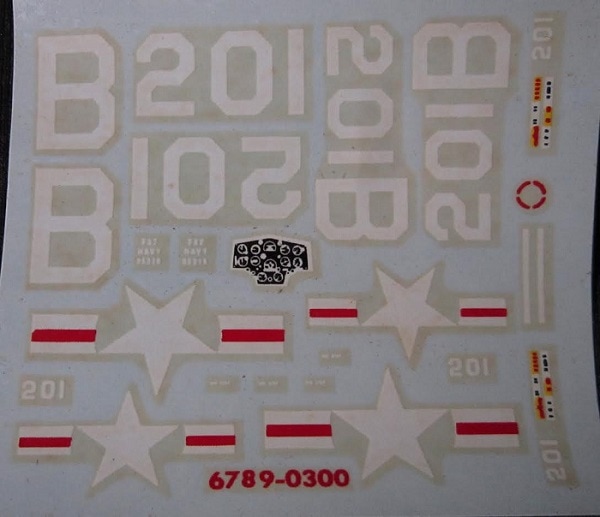 ​This is a neat older kit of the Bearcat. Control surfaces however are molded solid and the panel lines are of the raised variety.

I paid the outlandish price of .70 cents for my kit at my local hobby shop.

​I am willing to sell the kit for a reasonable offer.