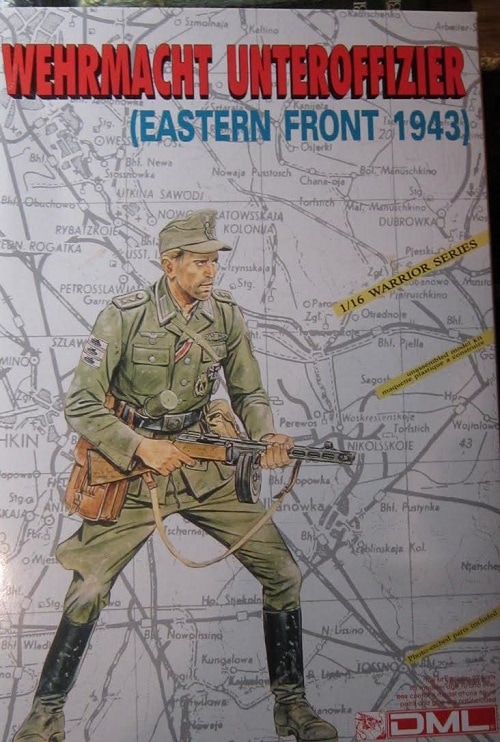 An Unteroffizier is a NCO without portepee / literally: "Non-commissioned officer(s) without sword knot"), is the designation for German junior non-commissioned officers (NCOs) in the German Armed Forces. The category was a division of the NCO class, separating junior NCOs from Unteroffiziere mit Portepee, or senior NCOs (who wore the sword knot). The name is derived from earlier traditions in which German senior NCOs (Feldwebel) would carry the officer's sidearms (sword, sabre) with the officer's swordknot (made from silver or gold lace).
THE KIT:

The box art shows an unteroffizier posed against a map. He is wearing a light tan uniform of a blouse, jodpher pants, black jack boots and a soft cloth hat with a bill. He is armed with a captured Soviet PPSH sub-machine gun. The ammo case for it is on his belt and he has a potato masher type grenade tucked under the belt. He has a iron cross and infantry assault metal on his chest and 3 cloth tank destroyed kill patches on his right sleeve.

The other side panel has 2 color photos of the figure made up, above Marco Polo Import INC.'s address in City of Undustry, CA (the U.S. importer for DML in the 90's), their FAX number, the copyright date of 1994 and MADE IN HONG KONG.

The box is very blousy, with a lot of void around the parts inside. 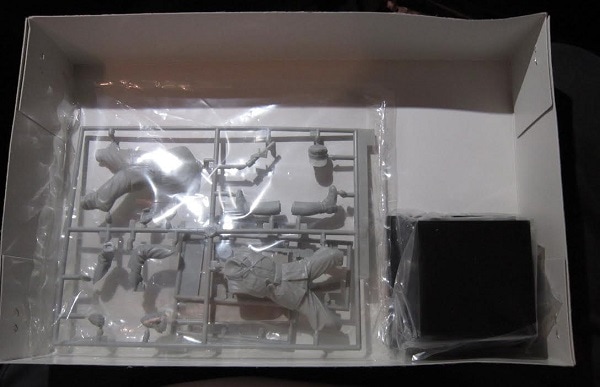 The kit contains one large and 2 small light grey trees of parts, a steel PE fret, a black raised base in 3 cello bags. 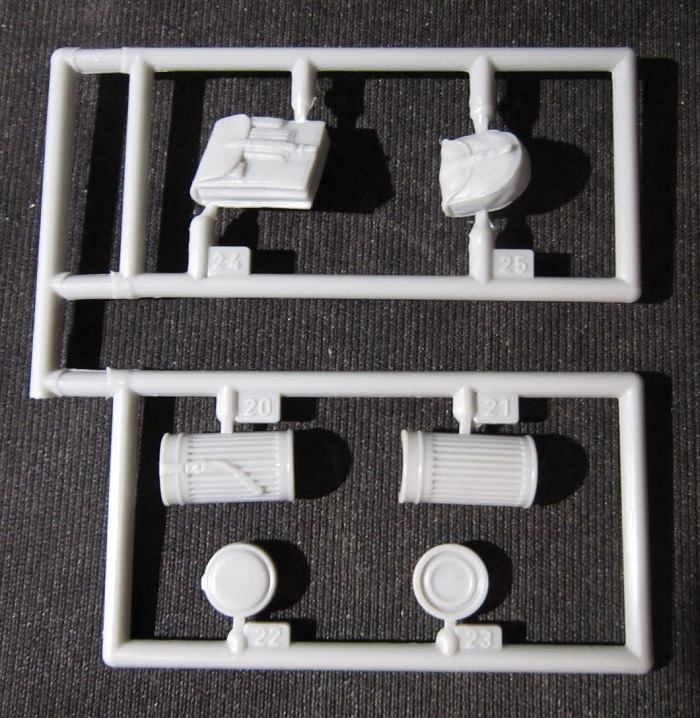 ​The black raised base is next. 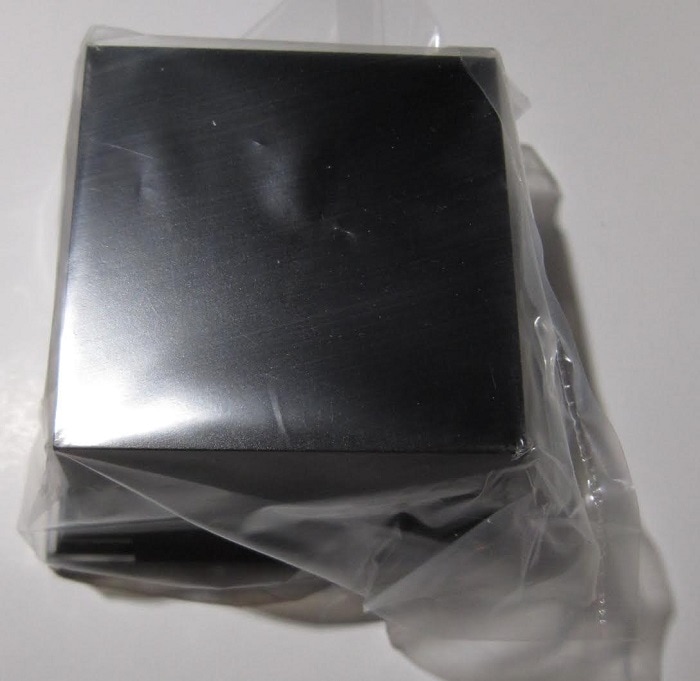 ​Final parts are the steel PE ones. The fret holds award metals and the sleeve tank destruction awards (7 parts) 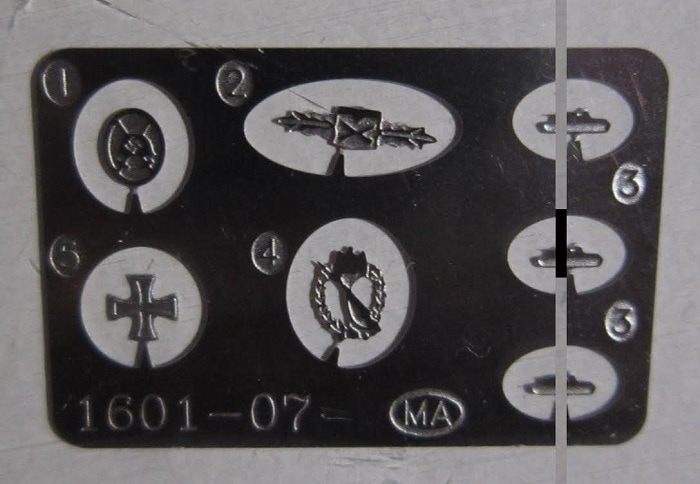 ​A slick coated 8 1/2" x 11" sheet is included for the assembly and painting instruction purposes. It is printed on one side in color. The figure is shown in an all field-grey uniform and not a tan one as indicated on the box art. 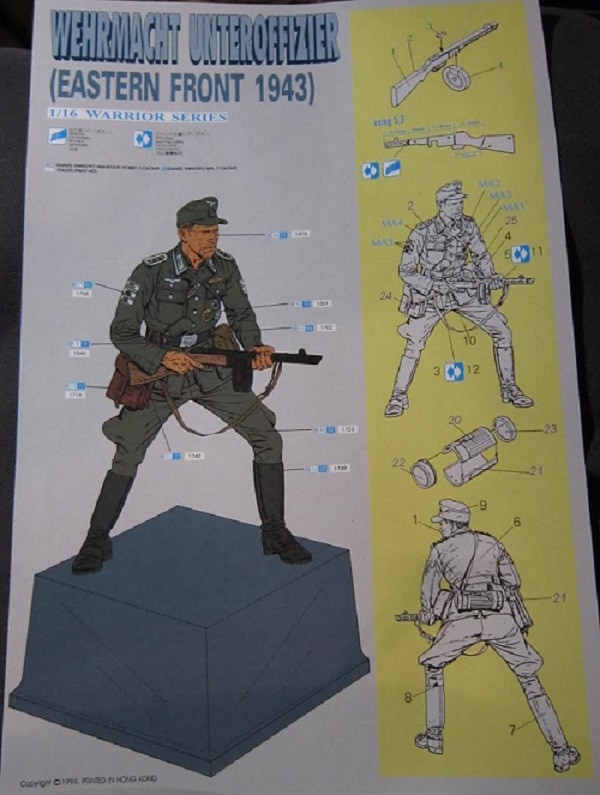 This figure with a good paint job will make into a show stopper.

​I purchased my kit at my local hobby shop years ago.