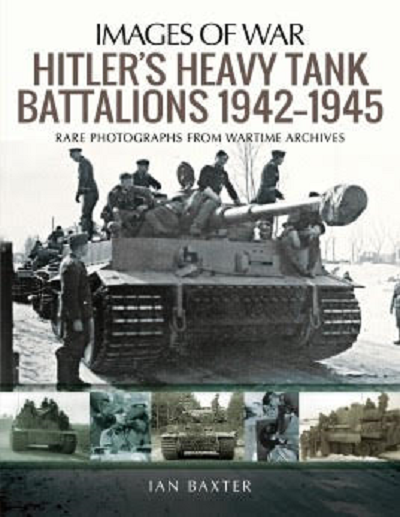 Book Review of Images of War

Pen & Sword books is located in the UK.

The cover art shows a black and white wartime photo of a Tiger tank leading a column of tanks. It has 6 men atop it and another man standing beside it.

With rare fully captioned photographs, Hitler’s Heavy Tank Battalions provides a superb record of the Wehrmacht Schwere Panzer Abteilung on operations between 1942 to 1945.

Modelers and equipment buffs in particular will find this latest Images of War book extremely useful and fascinating,

The book contains 179 black and white wartime photos. There are no color illustrations in the book

I want to thank Casemate Publishers for this review sample. All Pen & Sword book titles can be viewed on Casemate’s website at:
www.casematepublishers.com