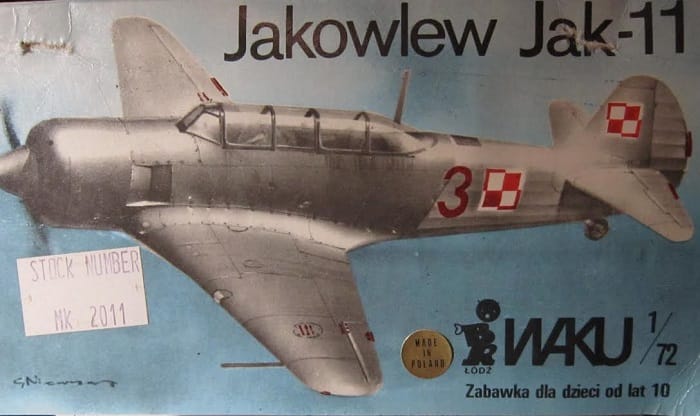 The Yakovlev Yak-11 (Russian: Яковлев Як-11; NATO reporting name: "Moose") is a trainer aircraft used by the Soviet Air Force and other Soviet-influenced air forces from 1947 until 1962
The Yakovlev design bureau began work on an advanced trainer based on the successful Yak-3 fighter in mid-1944, although the trainer was of low priority owing to the ongoing Second World War.

The first prototype of the new trainer, designated Yak-UTI or Yak-3UTI flew in late 1945. It was based on the radial-powered Yak-3U, but with the new Shvetsov ASh-21 seven-cylinder radial replacing the ASh-82 of the Yak-3U. It used the same all-metal wings as the Yak-3U, with a fuselage of mixed metal and wood construction. The pilot and observer sat in tandem under a long canopy with separate sliding hoods. A single synchronised USBS 12.7 mm machine gun and wing racks for two 100 kg (220 lb) bombs comprised the aircraft's armament.

An improved prototype flew in 1946, with revised cockpits and a modified engine installation with the engine mounted on shock absorbing mounts.This aircraft successfully passed state testing in October 1946, with production beginning at factories in Saratpv and Leningrad in 1947.

Production Yak-11s were heavier than the prototypes, with later batches fitted with non-retractable tailwheels and revised propellers. A 7.62 mm ShKAS machine gun was sometimes fitted instead of the UBS, while some were fitted with rear-view periscopes above the windscreen. In total, Soviet production amounted to 3,859 aircraft between 1947 and 1955. with a further 707 licence-built by Let in Czechoslovakia as the C-11.

Waku was a model company based in Poland. I believe they went out of business.

The kit comes in a cello bag that is held shut by a header card (that is the instructions) staped to the opening to hold it shut.

The header card shows a Yak-11 flying along. It is in overall grey with the Polish checkerboard insignias on the fuselage sides and the rudder and a black number 3 in front of the fuselage checkerboard.

Below this is 4 side profiles and a top and bottom illustration of the Yak-11 for marking and painting purpose. However, the captions under the illustrations is all in Polish and I cannot translate them.

The first profile shows a Yak-11 in overall grey with a white fuselage number 5 behind the Polish checkerboard marking.

The second profile is the the one already described, black letter 3.

The third profile is a Yak-11 in overall grey with a red spinner and black fuse code OK-KIE. No national marks are shown.

The fourth profile is a Yak-11 that has the black fuselage code 4A AE, with a Austrian national roundel between the A's.

The reverse side of the header card/instructions starts with the history of the Yak-11 in Polish over illustrations of how to cut parts from the sheet and sand them. How to glue them and hold parts together with rubber-bands. How to use paint brushes and apply decals.

Below this is a lone exploded drawing for assembly purpose.
​
WHAT'S IN THE BAG: 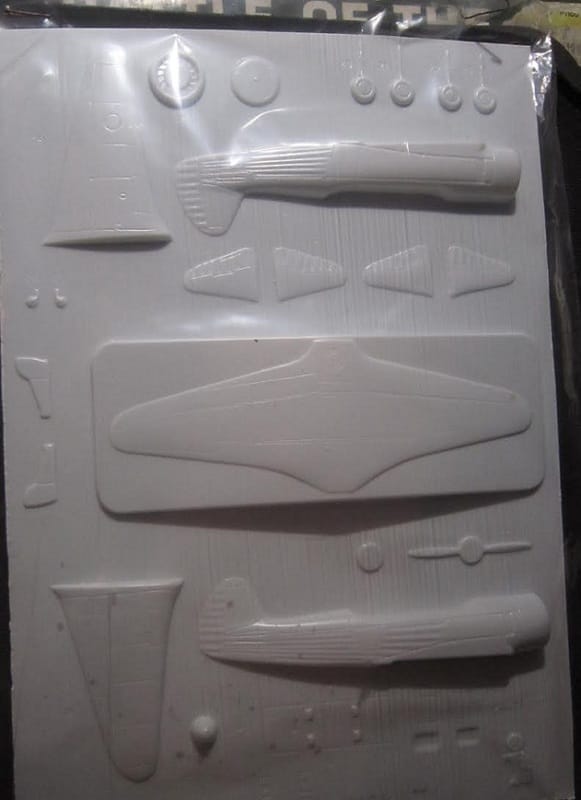 ​The canopy is taped inside a fuselage half to keep it safe. 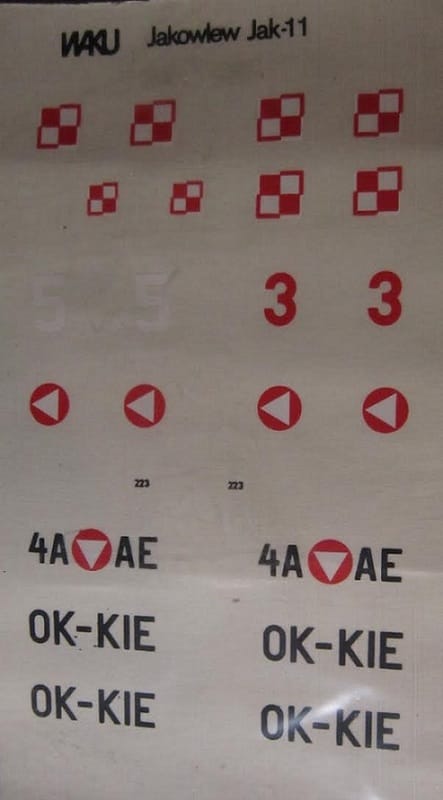 I cannot give this kit high marks. It is not the best vacuformed kit I ever owned. I bought it because of its low price at the time and the subject matter.