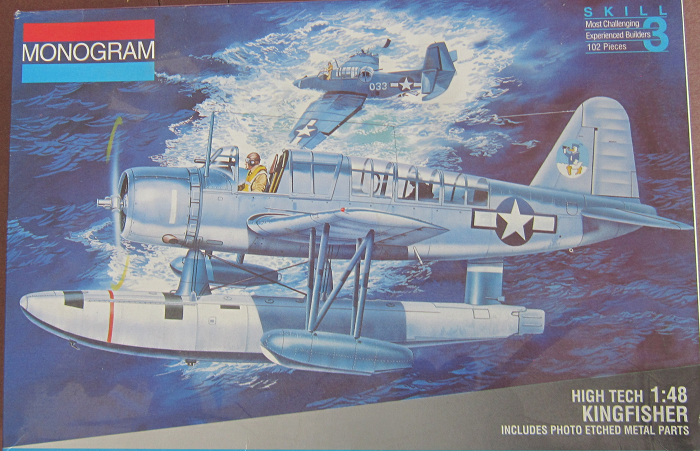 The Kingfisher was designed for catapult operation from battleships and cruisers. Previously, all planes used by the Navy for this type of operation had been biplanes. The OS2U-1 was the first monoplane to be place in catapult service.

After a successful evaluation and some redesigning, production was begun for the U.S. Navy as the OS2U-1 and the first delivery of the plane was made on August 16, 1940. Fifty-four OS2U-1's were completed during 1940.

The principal production model which appeared in the summer of 1941 was the OS2U-3. This model was externally similar to its predecessors, but was powered by either the R-985-AN-2 or -8 Wasp Junior. It featured 31 Imp. gal. self-sealing fuel tanks in the inboard sections of each wing, and 187 lbs. of armor for the pilot and observer.

Three hundred and sixty-eight O22U-3's were delivered in 1941. In 1942, when production terminated, a further 638 OS2U-3's were completed by Vought. The British Fleet Air Arm received 100 machines with both float and wheel gear, entering service as Kingfisher 1's.

300 similar aircraft were built by the Naval Aircraft Factory under the designation OS2N-1. These were delivered to nine new Inshore Patrol Squadrons formed in 1942.

Based with the fleet, Kingfishers have ranged far and wide, seeing action in widely scattered war theaters. It was an OS2U-3 piloted by Lieutenant William F. Eadie which spotted and rescued Capt. Eddie Rickenbacker and his companions after they had virtually been given up as lost in the Pacific.

On that occasion, the Kingfisher taxied 40 miles in a rough sea with the most seriously ill member of the trio placed in the back seat with Radioman L. H. Boutte. Capt. Rickenbacher and the other member were lashed to the wings. Thus, Lieutenant Eadie taxied toward the nearest base, a hazardous undertaking that called for a plane that could take a beating from the sea.

This kit came in a  blousy shrink-wrapped tray and lid type box. The box is 4" too long.

The Kingfisher is overall in the mid war dark sea Blue top and Intermediate Blue sides. over a white undercarriage. It has a squadron marking on the tail and a large 1 on the cowling.

Everything is loose and not cello bagged.

The instructions consists of a single-sheet folded in the center to create 4 pages  in 8 1/2" x 11" page format.

Page 1 begins with a black and white photo of the model made up and sitting on its beaching wheels in the box art scheme. This is over the history of the Kingfisher and READ THIS BEFORE YOU BEGIN instructions. The bottom of the page has a 1967 copyright date and Monogram's address in Morton Grove, IL.

At the time of this kit's release Monogram was a subsidiary of Mattel Toys.
Page 2 & 3 give a grand total of 6 assembly steps for building the float-plane version of the Kingfisher.

Page 4 has a single assembly step at the top for building the wheeled version.

The bottom half of the page has painting and decal instructions and a 3-view of the Royal Navy version. It is navy-blue over a light-grey undercarriage. only markings are the British roundels and fin flash.

There is a side view of the U.S. Navy version (already described above).
Parts are not alphabetized or illustrated in the instructions. They do, however, have part number tabs next to the parts on the trees. 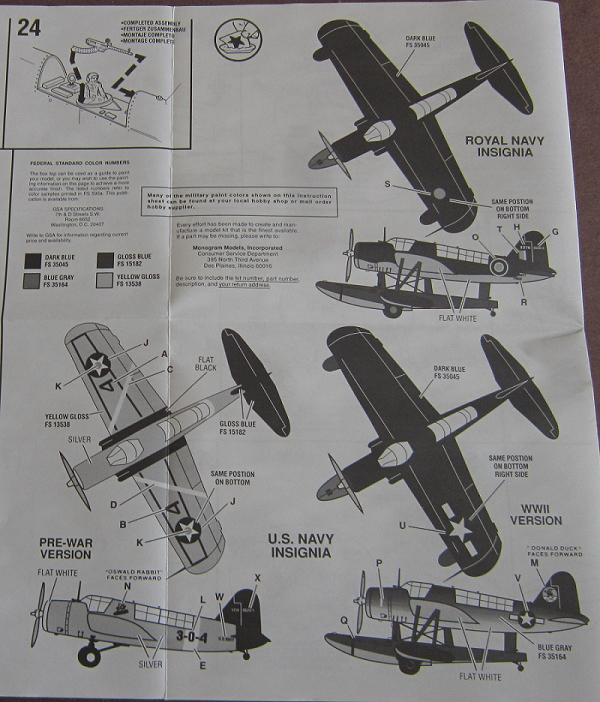 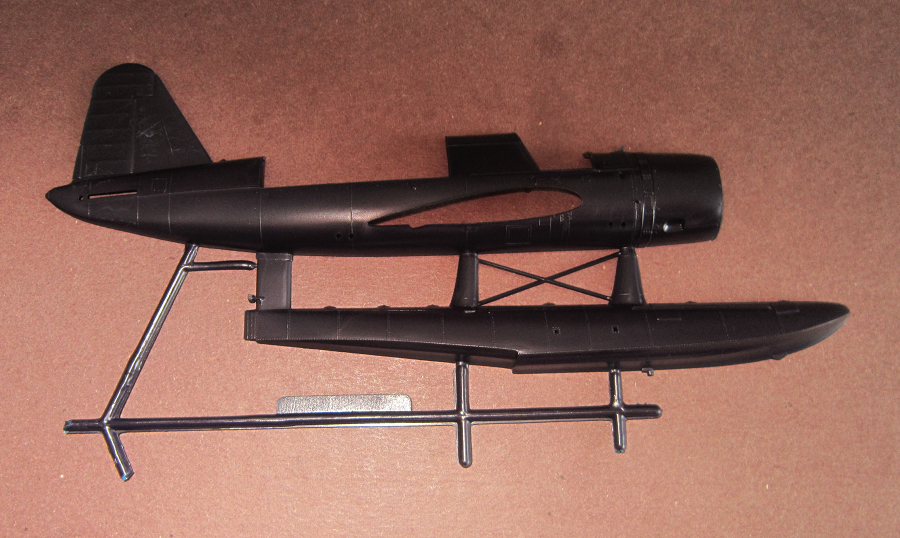 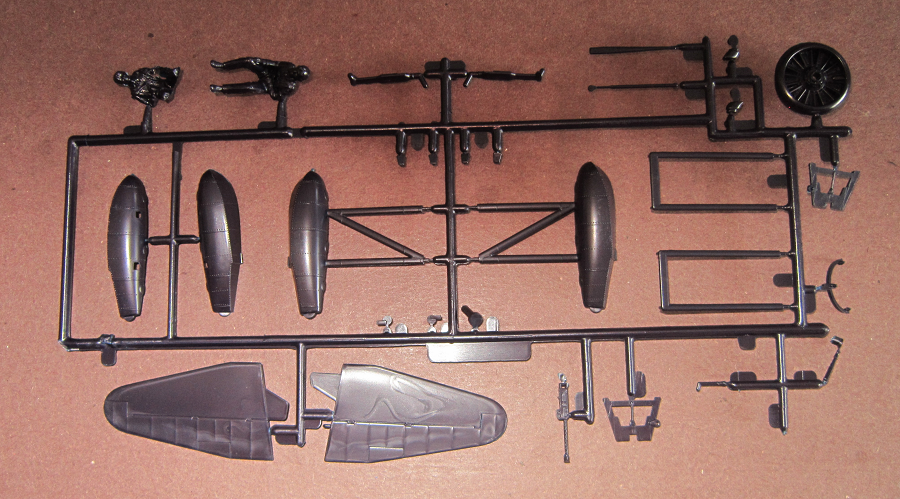 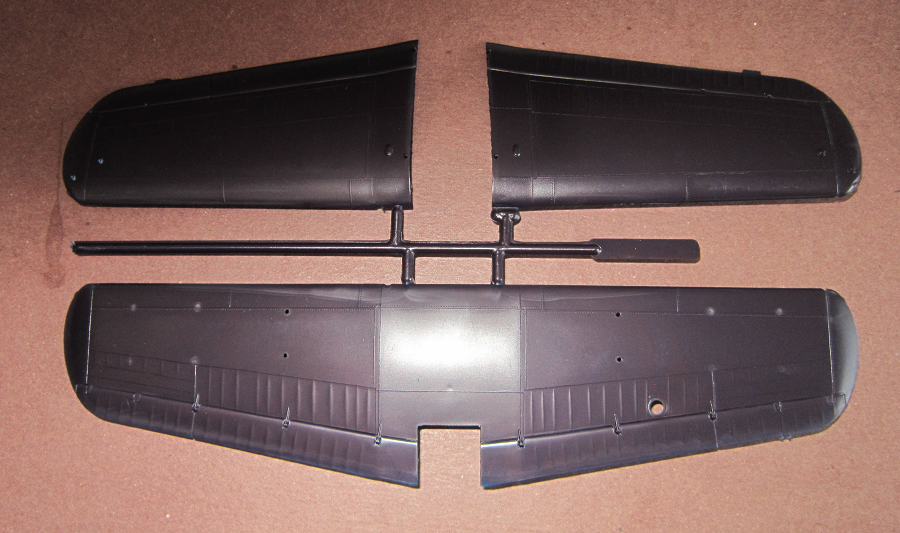 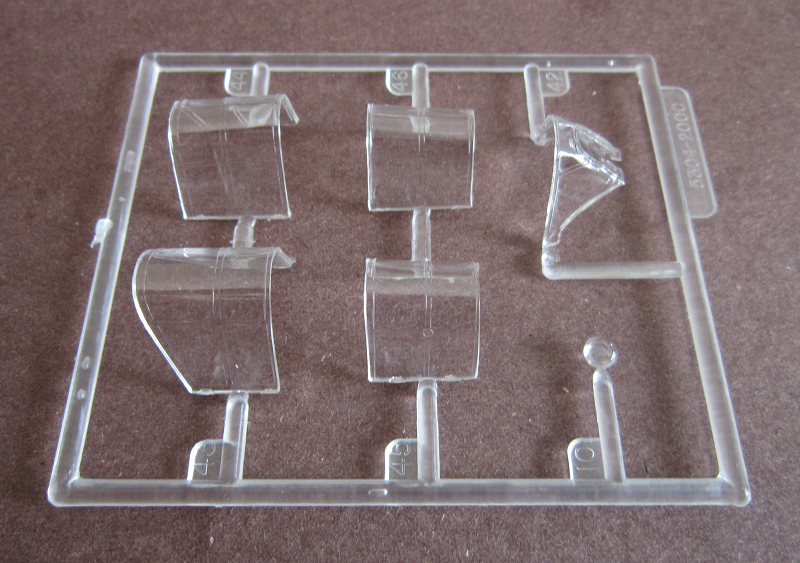 ​I have placed some parts that have broken off the trees into a zip-locked cello bag for protection and to keep them from being lost. 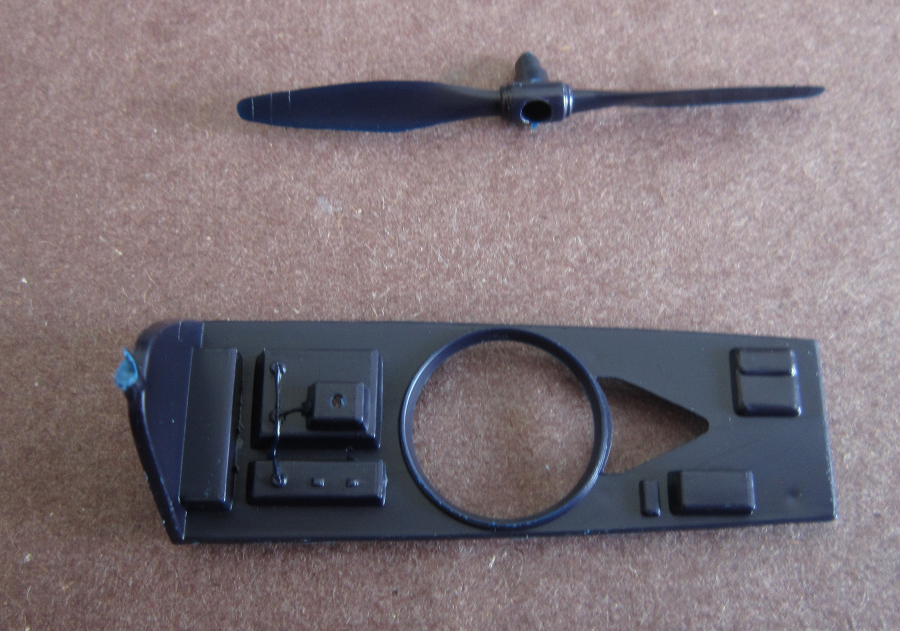 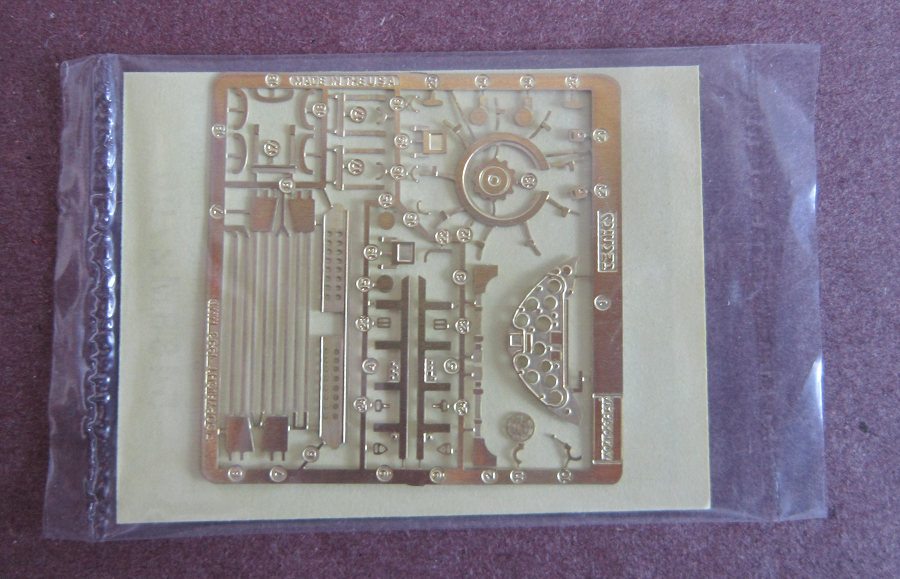 ​The decal sheet and Monogram Flight Team flyer completes the kit's contents. Detail is the raised variety. Flaps are all molded solid. 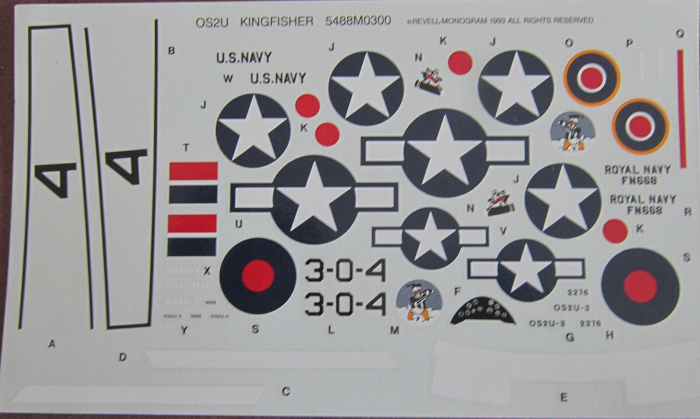 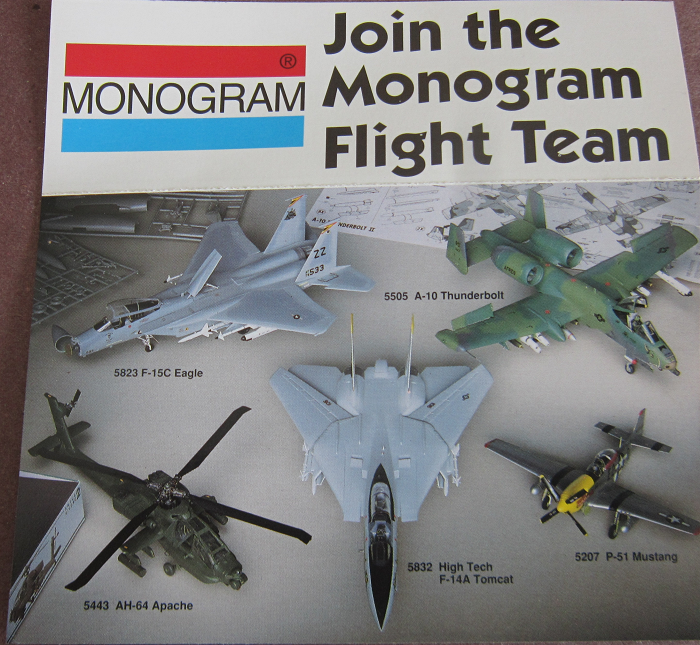 While this kit dates back to 1966 it is still a very good and accurate model that builds into either the floatplane or land based versions with three decal options.
Recommended.