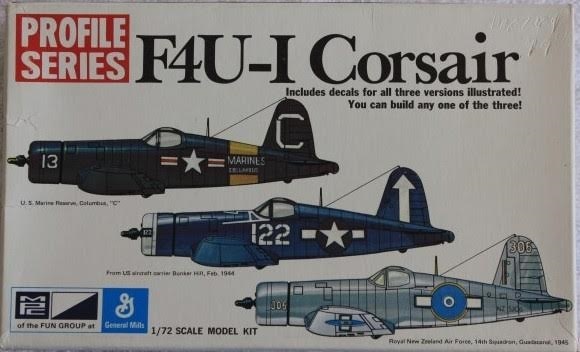 This is an old Airfix mold. MPC (Model Products Co.) based in Mt. Clemens, MI was their U.S. importer and distributor.

The kit first appeared as a bagged kit by Airfix in 1964 and later that year re-released in a box. From 1965 it has been re-released 7 times.
HISTORY:

The Vought F4U Corsair is an American fighter aircraft that saw service primarily in World War II and the Korean War. Demand for the aircraft soon overwhelmed Vought's manufacturing capability, resulting in production by Goodyear and Brewster:Goodyear-built Corsairs were designated FG and Brewster-built aircraft F3A. From the first prototype delivery to the U.S. Navy in 1940, to final delivery in 1953 to the French, 12,571 F4U Corsairs were manufactured, in 16 separate models, in the longest production run of any piston-engined fighter in U.S. history (1942–53).

The Corsair was designed as a carrier-based aircraft, but its difficult carrier landing performance rendered it unsuitable for Navy use until the carrier landing issues were overcome by the British Fleet Air Arm. The Corsair thus came to and retained prominence in its area of greatest deployment: land based use by the U.S. Marines. The role of the dominant U.S. carrier based fighter in the second part of the war was thus filled by the Grummand F6F Hellcat, powered by the same Double Wasp engine first flown on the Corsair's first prototype in 1940.

The Corsair served to a lesser degree in the U.S. Navy. As well as the U.S. and British use the Corsair was also used by the Royal New Zealand Air Force, the French Navy Aeronavale and other, smaller, air forces until the 1960s. Some Japanese pilots regarded it as the most formidable American fighter of World War II, and the U.S. Navy counted an 11:1 kill ratio with the F4U Corsair.

MPC is the U.S. importer and distributor of Airfix molds from the UK. Airfix licenses MPC to do this. MPC is located in Mt. Clemens, MI.

The kit comes in a shrink-wrapped tray and lid type box. There is a letter L void around the parts inside. So, the box is too large.

This is one of MPC's Profile Series of aircraft kits. That means that these kits feature 3 different schemes included that are shown on the box. In the case of this kit they are:

1. A F4U-I that is overall sea-blue with a white no. 13 on the cowling sides and a large white letter C on the rudder. It has a large yellow fuselage band in front of the tail with MARINES over COLUMBUS in white. It carries white stars with bars.

2. A F4U-I in overall sea blue. It has a white noe with a small sea blue panel that has a white 122 on it. The white 122 is in large stenciled numbers below the cockpit sides. A white up-arrow is on the rudder sides. The star with bars is in the usual positions.

3. A F4U-I in grey over light grey undercarraige. It has a white 206 on the sides of the cowling and high on the rudder. It carries New Zealand roundels.

One side panel has the history of the F4U-I, followed by a small color repeat of the box art.

Cement and paint are said to be not included in the kit. Kit is made and litho in the U.S.A.

The other side panel has 5 color box arts of other aircraft kits in the Profile Series line of MPC's: a OS2U-3 Kingfisher, Ju-87B Stuka, P-47D Thunderbolt, Focke Wulf Fw-190D and a Hurricane.
No kit numbers are provided.

Below these is mention that MPC is located in Mt. Clemens, MI.

The instructions consist of a single sheet that is folded in the center to create 4 pages in 8" x 9" page format, folded again to fit the box.

Page 1 has a black and white repeat of the box art, followed by IMPORTANT-READ THIS FIRST instructions and the history of the F4U-I.

Page 2 and the top of page 3 gives 3 assembly steps.

The bottom of page 3 has the 3-view for the Marine Reserve scheme. (already described above).

Page 4 has the 3-views for the Bunker Hill Corsair and the New Zealand Air Force one. (described above too).

Trees are not alphabetized and there are no parts trees illustrations in the instructions. Bad move MPC. 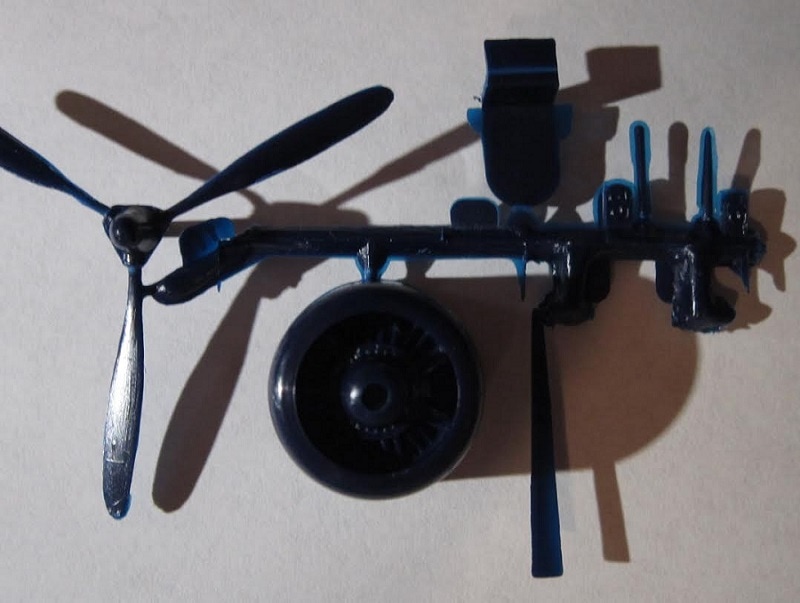 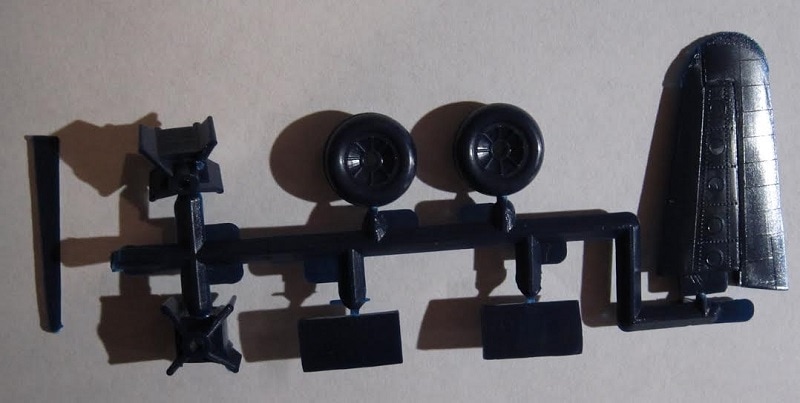 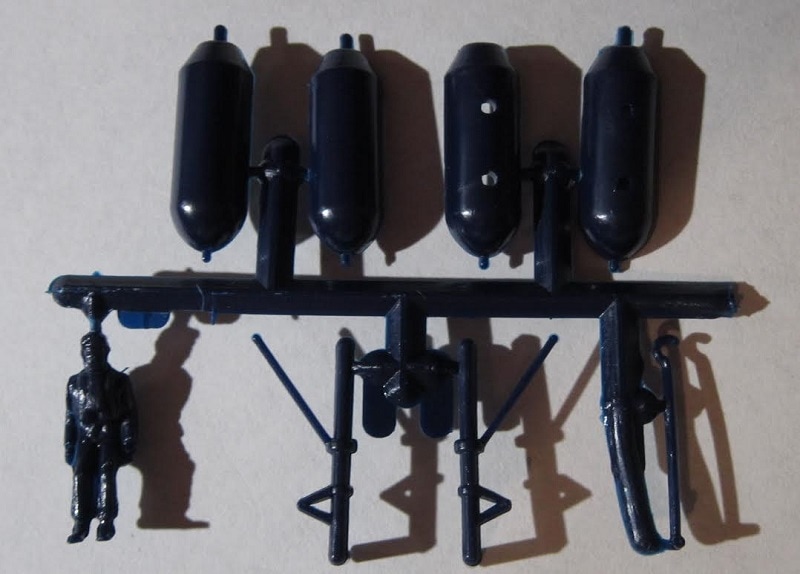 ​The other navy blue fuselage half and wing halves are loose. (3 parts) 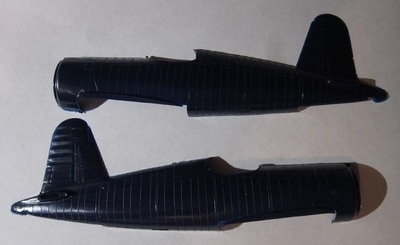 ​Next is the clear canopy part. 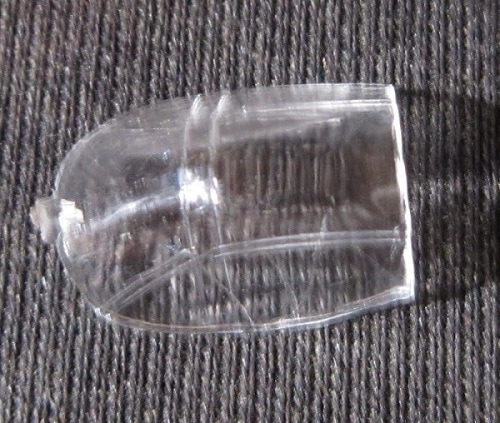 Flaps are all molded solid. The cockpit canopy is also molded shut. Panel lines are all of the raised variety.

This is a nice model for as old as it is.

​I bought my kit back in the 60's for a few bucks. I am willing to sell it for a decent offer.