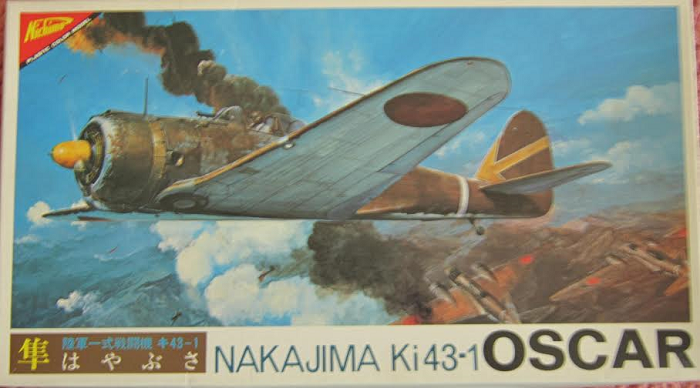 The Allied reporting name was "Oscar", but it was often called the "Army Zero" by American pilots because it bore a certain resemblance to the Mitsubishi A6M Zero, the Imperial Japanese Navy's counterpart to the Ki-43. Both aircraft had generally similar layout and lines, and also used essentially the same Nakajima Sakae radial engine, with similar round cowlings and bubble-type canopies (the Oscar's being distinctly smaller and having much less framing than the A6M.

While relatively easy for a trained eye to tell apart with the "finer" lines of the Ki-43's fuselage — especially towards the tail — and more tapered wing planform; in the heat of battle, given the brief glimpses and distraction of combat, Allied aviators frequently made mistakes in enemy aircraft identification in the heat of a dogfight, reportedly having fought "Zeros" in areas where there were no Navy fighters.

Like the Mitsubishi-produced A6M Zero, the radial-engined Ki-43 was light and easy to fly and became legendary for its combat performance in East Asia in the early years of the war. It could outmaneuver any opponent, but did not have armor or self-sealing tanks, and its armament was poor until its final version, which was produced as late as 1945.

Allied pilots often reported that the nimble Ki-43s were difficult targets but burned easily or broke apart with few hits. In spite of its drawbacks, the Ki-43 shot down more Allied aircraft than any other Japanese fighter and almost all the JAAF's aces achieved most of their kills in it.

Total production amounted to 5,919 aircraft. Many of these were used during the last months of the war for kamikaze missions against the American fleet.

Nichimo is a model company based in Sano City, Japan.

The Oscar is dark-green over light-gray undercarraige, with a yellow spinner and yellow lightning flash on the rudder. It has a narrow white fuselage band. There is a dark column of smoke in the background.

One side panel has 4 color box arts of other 1/48th scale aircraft kits that Nichimo manufactures: a Japanese Navy Type 97 Attack Bomber, kit no. 13, a Japanese Army Type 95-1 Otsu Trainer, kit no. 14, a Japanese Light Plane Fuji FA200 Aerosubaru, kit no. 15 and a Cessna Skyhawk Seaplane, kit no. 17.

​The other side panel has a color box art for another Oscar kit and this kit with Japanese text between them.

The face side begins with markings for 7 Oscars. Six are Japanese and one is Manchurian with a white elephant on a black rectangle for markings. 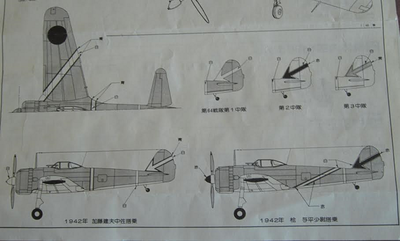 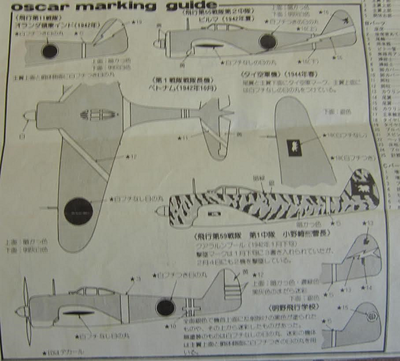 ​To the right of these is a listing of the names of the kit parts. There are 77 listed.
Below these is 8 assembly steps.

The reverse side of the instructions has 3 more assembly steps for a total of 11.
The bottom has 5 Japanese schemes. 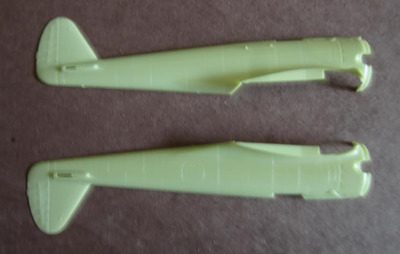 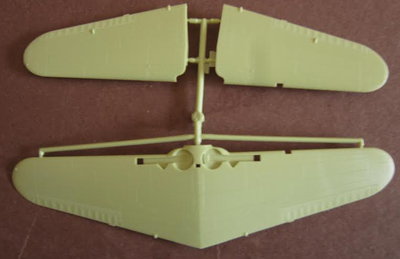 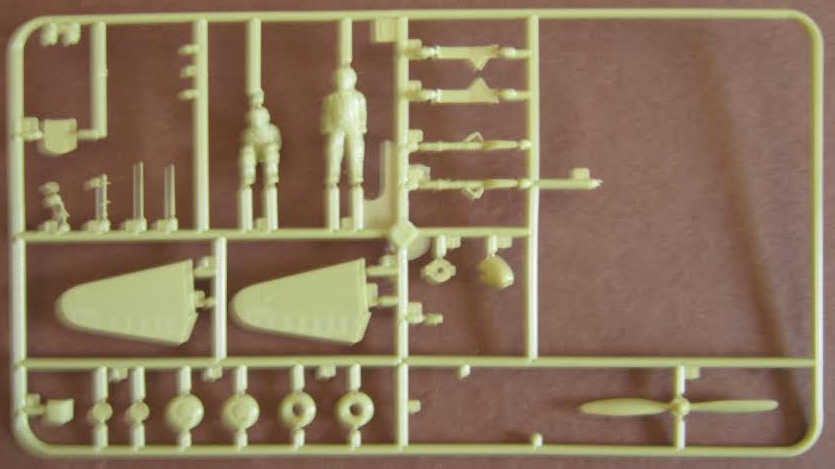 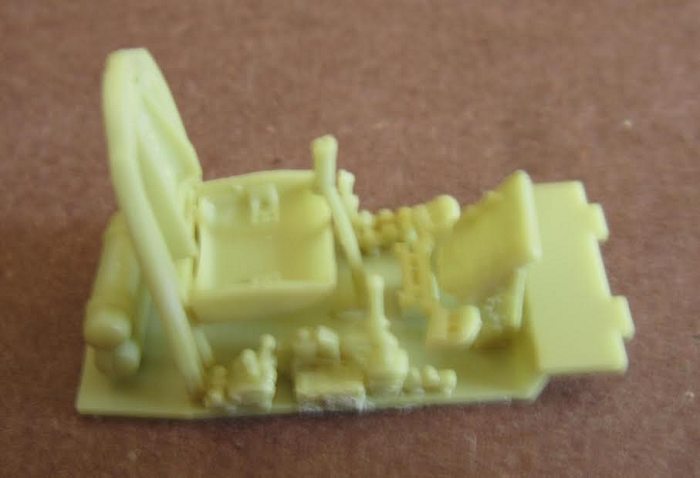 I have assembled most of these parts already. 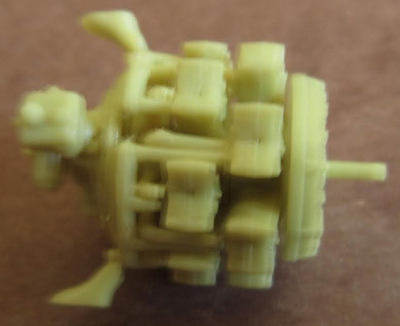 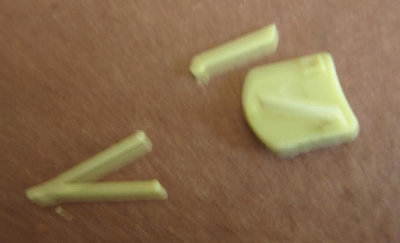 ​The decal sheet and tube of glue complete the kit's contents. 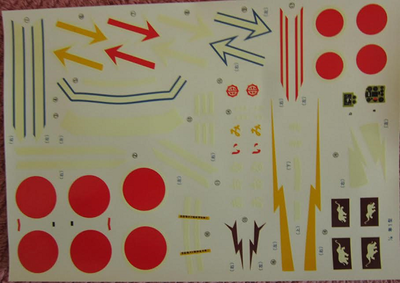