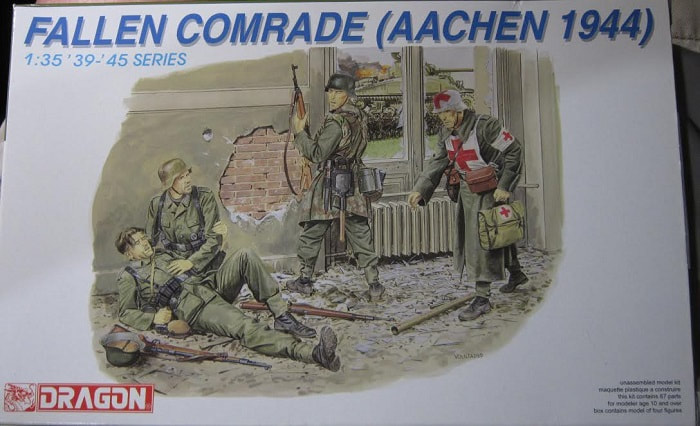 The kit comes in a shrink-wrapped end opening type box. I am no fan of this type of box, because invariably parts or the decal sheet find their way past one of the end flaps to become lost forever. Give me a tray and lid type box any day of the week.

The box art shows 4 German infantrymen inside a building.

One of the four is wounded and lying on the floor with one knee raised. He is bare headed and his steel helmet is lying on the floor beside him along with his 98K carbine. He has a canteen, shovel in its carrying pouch, a gas mask canister, a canvas bag and ammo pounches for the 98K on his belt.

Another soldier is kneeling beside him holding his head up and yelling for the medic. He too is armed with a 98K that is lying on the ground next to him. He wears a steel helmet, shovel in its pouch, a mess kit, canvas bag and 98K ammo pouches on his belt.

Both of them wear field grey uniforms with the pants bloused into puties over low shoes.

The 3rd infantryman is standing and looking out the window at a knocked out Sherman tank. Heis holding a 98K carbine and has a bayonet in its scabbard, a mess kit, a shovel in its pouch, 2 potato masher grenades tucked into his belt. He wears a camouflaged smock and field grey trousers also bloused into puties over low shoes.

The final infantryman is a medic. He wears a steel helmet painted white with a large red cross on the front of it. He also wears a white apron with a large red cross on the front and a white arm band with a red cross on it. He is wearing a field grey great coat. His pants are bloused into puties also over low shoes. He is carrying a canvas clothing bag M1931 in his let hand that has the red cross insignia on the flap. He has 2 canteens and an equipment case on his belt. He is walking towards the wounded fellow.

There is a discharged panzerfaust lying at his feet.

One corner of the box art says that the kit contains 67 parts and is for modelers over the age of 10.

​This is followed by the statement that the kit is not suitable for children under 3 due to small parts, in multiple languages, including English. Below that it says that Italeri is the importer for DML in Europe. The kit is designed for modelers of age 10 to adult.

The other side panel says the kit contains parts for 4 figures and that glue and paint are not included in 6 languages, including English, that are labeled with color illustrations of the flags of the countries that speak those languages. This is followed by the copyright date for the kit of 1999 over DML's stree address in Hong Kong, China and that the kit was made there.

The bottom of the box serves as the painting and assembly instructions. It is in full color ans shows a 2-view (front and rear) of each of the 4 figures in the kit, along with a color swatch of the cammo pattern of the smock worn by one figure.

Below these there are 4 black and white line drawings of: a clothing bag M1931, a red cross bib/vest and a front and rear view of a greatcoat. 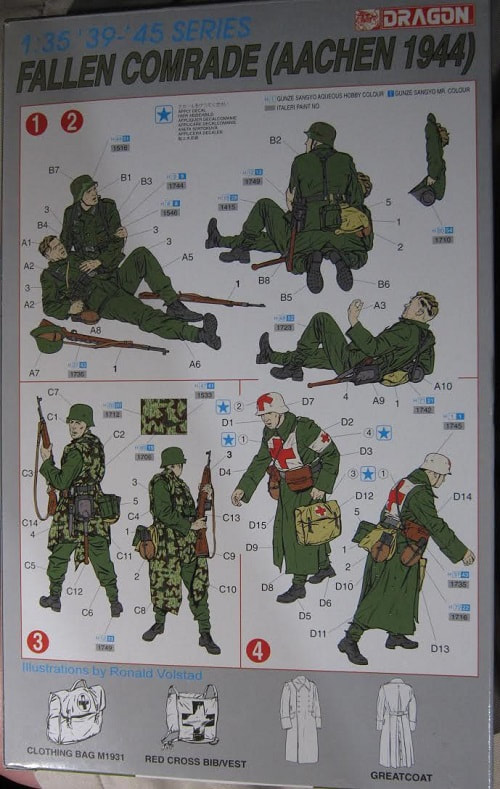 All illustrations on the box are done by DML's resident artist Ron Volstad.
​WHAT'S IN THE BOX:

This kit contains 3 light-grey trees of parts and the decal sheet in 2 sealed cello bags. 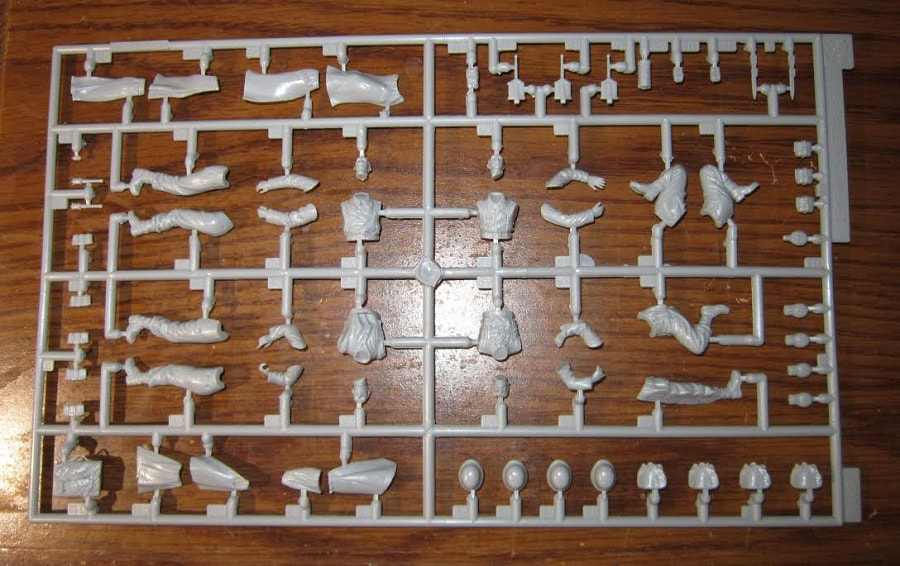 ​Neither of the 2 small light-grey trees are alphabetized either. 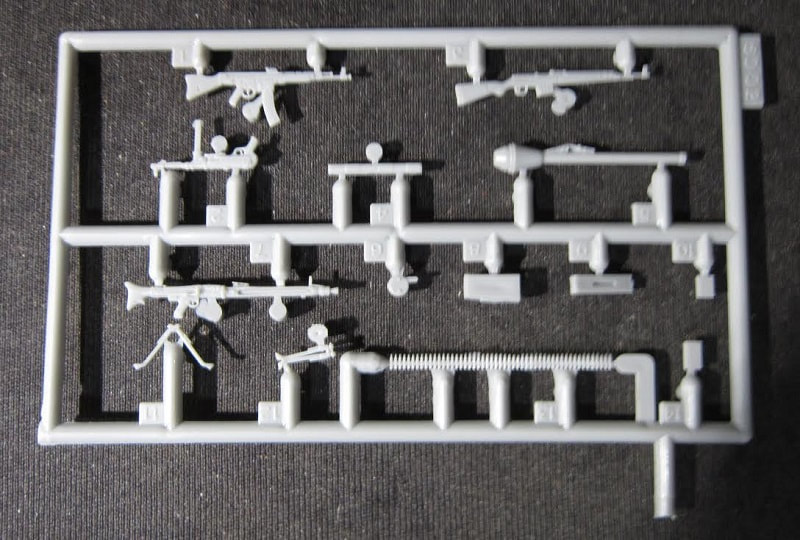 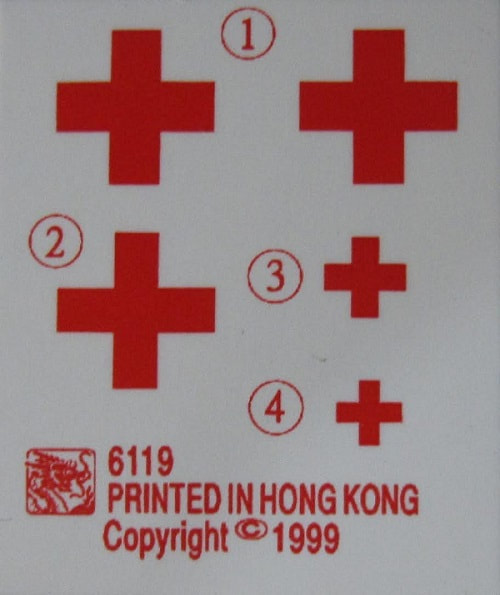 This is a neat kit that will make up into a nice diorama.
​Highly recommend.