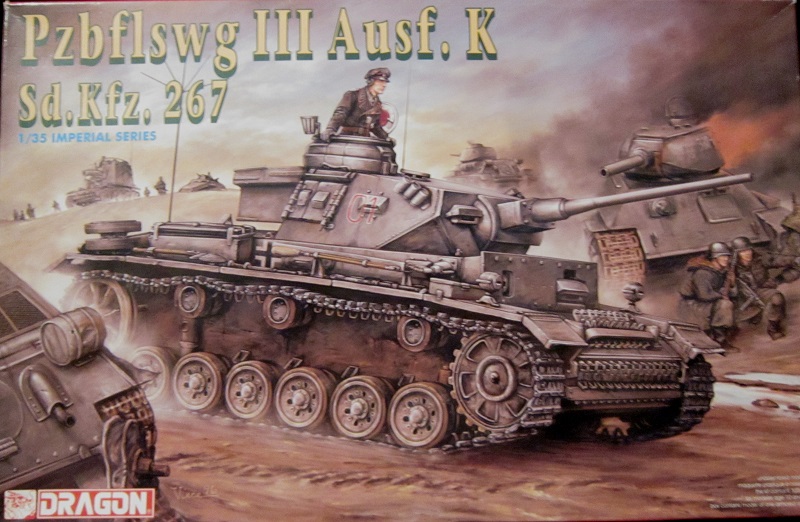 Panzer III was the common name of a medium tank that was developed in the 1930s by Germany and was used extensively in World War II. The official German designation was Panzerkampfwagen III Sd Kfz. 141 (abbreviated PzKpfw III) translating as "armoured fighting vehicle". It was intended to fight other armoured fighting vehicles and serve alongside the infantry-supporting Panzer IV; however, as the Germans faced the formidable T-34, stronger anti-tank guns were needed. Since the Panzer IV had a bigger turret ring, the role was reversed. The Panzer IV mounted the long barreled 7.5 cm KwK 40 gun and engaged in tank-to-tank battles. The Panzer III became obsolete in this role and for most purposes was supplanted by the Panzer IV. From 1942, the last version of Panzer III mounted the 7.5 cm KwK 37 L/24, better suited for infantry support. Production of the Panzer III ended in 1943. However, the Panzer III's capable chassis provided hulls for the Sturmgeschütz III until the end of the war.

The Pz.Beob.Wg. - Panzer-Beobachtungswagen –was a Armoured Observation Vehicle or command version tank.

The Panzer III Ausf. K - Panzerbefehlswagen command tank variant with a modified turret. Carried actual main armament rather than a dummy gun as found on other Panzer III command versions. From 1942 to 1943 50 of this version were built.

This kit  comes in a shrink-wrapped tray and lid type box.

The box art shows the tank passing between 3 knocked-out Soviet T-34 tanks, two of which are burning in the background. Two German soldiers are taking cover under the nose of one of the T-34’s. In the distance is a German “Bison” tank and a half-track accompanied by a group of German soldiers. The Pz.bflswg. III Ausf. E is in overall Panzer grey with a commnader standing in the upper turret hatch. A faded red O1 is on the turret sides and the German Cross is on the center of the sides of the hull.

One side panel shows a small color box art of DML Dragon’s kit no. 9017 which is a Flammpanzer III (F-1), followed by CAUTIONS about the kit in 6 languages including English. The kit is said to be for modelers 10 and over in multiple languages, including English. The copyright date of the kit is 1996 and DML’s street address in Hong Kong, China is given. The kit was made in Hong Kong.

The other side panel has 3 color walk-around type photos of the model made up in the box art scheme, followed by the copyright date, street address and made in Hong Kong again.

This kit contains 12 grey parts trees, the single grey hull tub and roof parts, 8 black trees of individual track links, a length of steel wire to make tow cables out of in 11 sealed cello bags. The decal sheet is in a zip-lock type cello bag. The instructions complete the contents.

The instructions consist of a single sheet that accordion folds out into 8 pages in 8 ½” x 13” page format.

Page 1 of the instructions begins with a black and white repeat of the box art, followed by the parts trees illustrations. A lot of the parts are shown blued-out in these illustrations, meaning they are excess and not needed to complete the model.

Page 2 begins with CAUTIONS about the kit in 6 languages, including English, followed by international assembly symbol explanation and a list of Gunze Sangyo and Italeri brands of hobby paints suggested to use to complete the model. The bottom of the page has the first 2 assembly steps.

Page 3 through 7 give a balance of a grand total of 22 assembly steps.

Page 8 has a painting and marking scheme given as a 4-view. It is a tank with the Grossdeutschland Panzer Grenadier Division, Russia, 1943. It is the box art subject in overall Panzer grey. You can opt to change the faded red turret number to O2.

Grey letter A part is the single hull top part. It is co-joined to the grey lower case letter b tree. 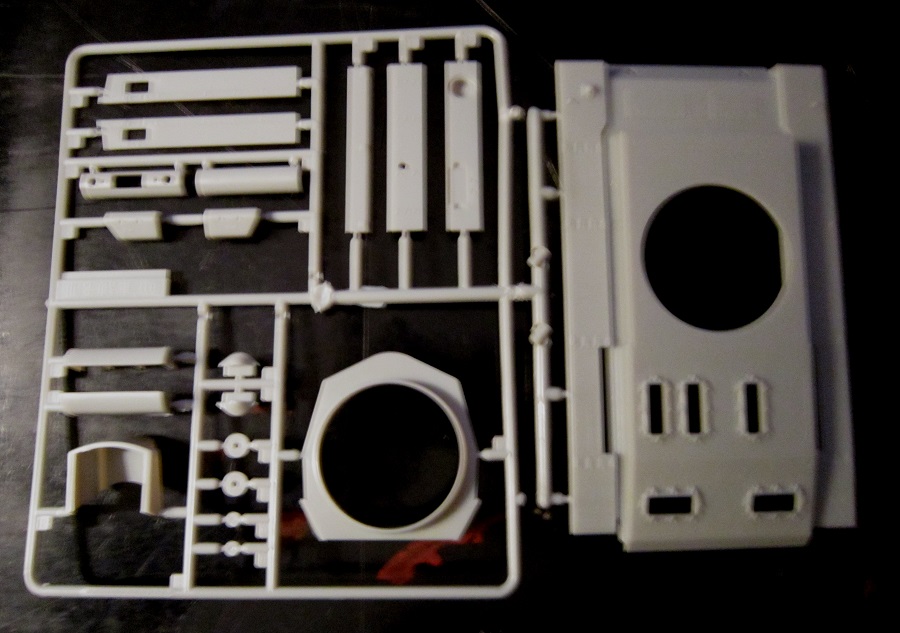 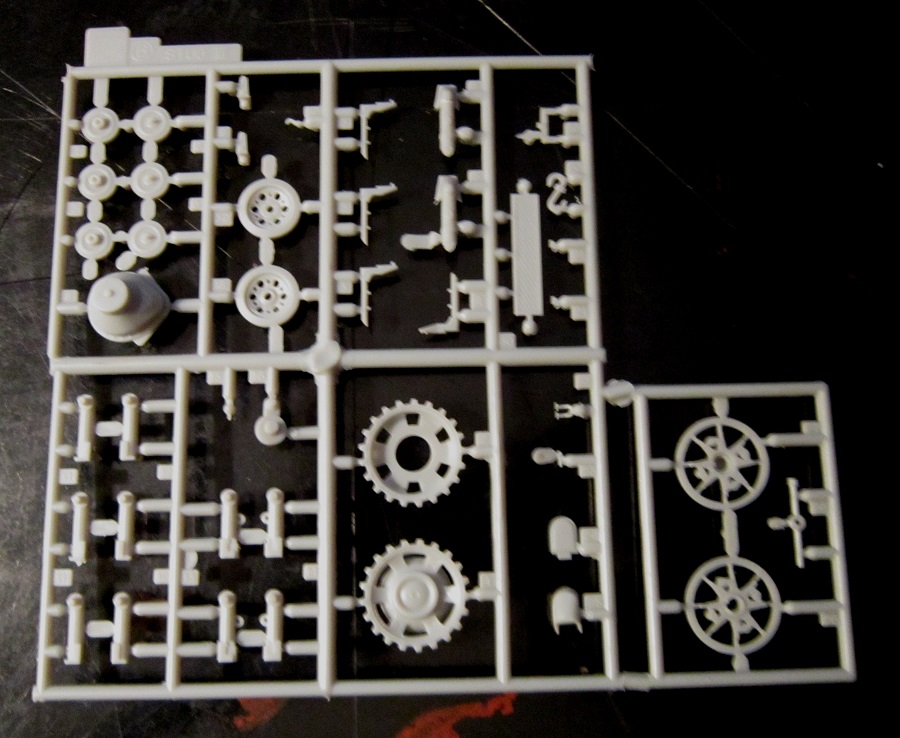 There are 2 identical grey letter D parts trees. Each holds: alternate road wheels, return rollers (20 parts per tree) All these parts are to be used. 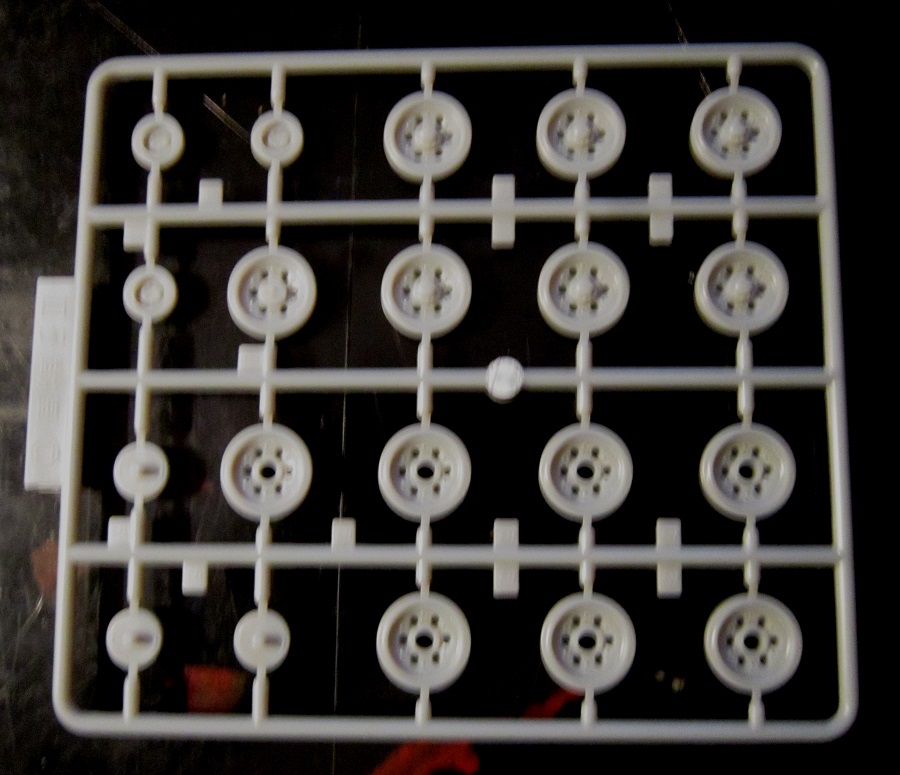 Grey letter E parts tree holds: armoured vision port flaps, turret front wall and side entry doors, rear turret bin parts etc. (65 parts) All these parts are to be used. This tree has 2 different sections to it. They are co-joined with a grey letter H tree in the middle. 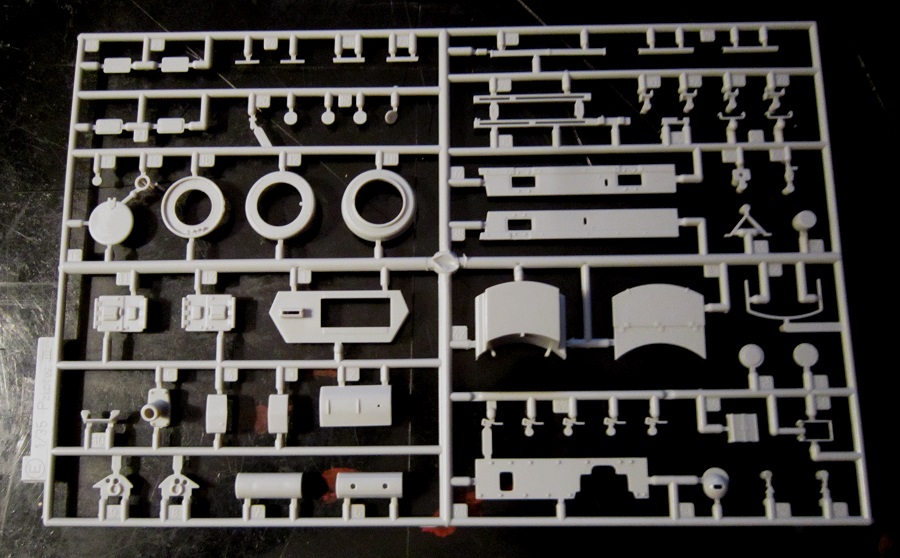 This tree is co-joined to the letters G and L trees.

There is no letter N parts tree. 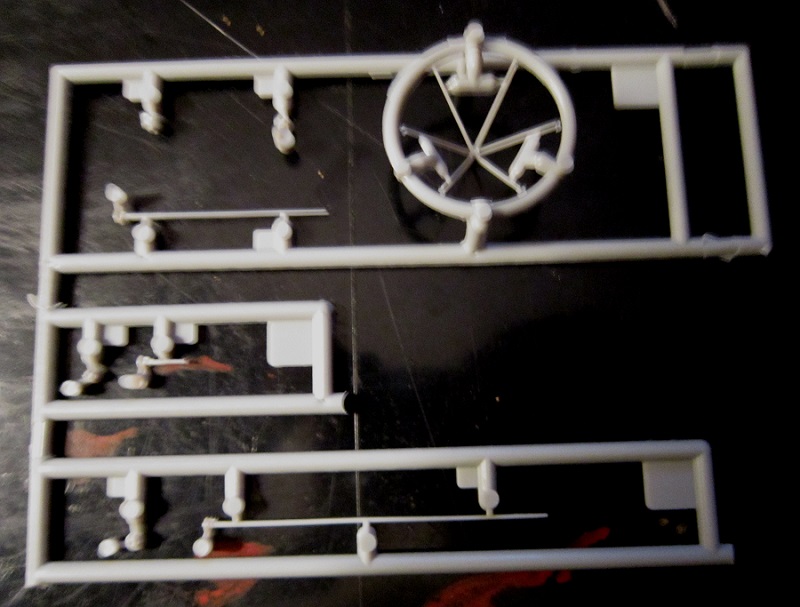 There are 2 identical grey letter H parts trees. Each holds: final drive housings, main gun barrel, hatch doors etc. (35 parts) 10 parts are excess. One tree is by itself. The second tree is co-joined in the center between the 2 sections of letter F trees. 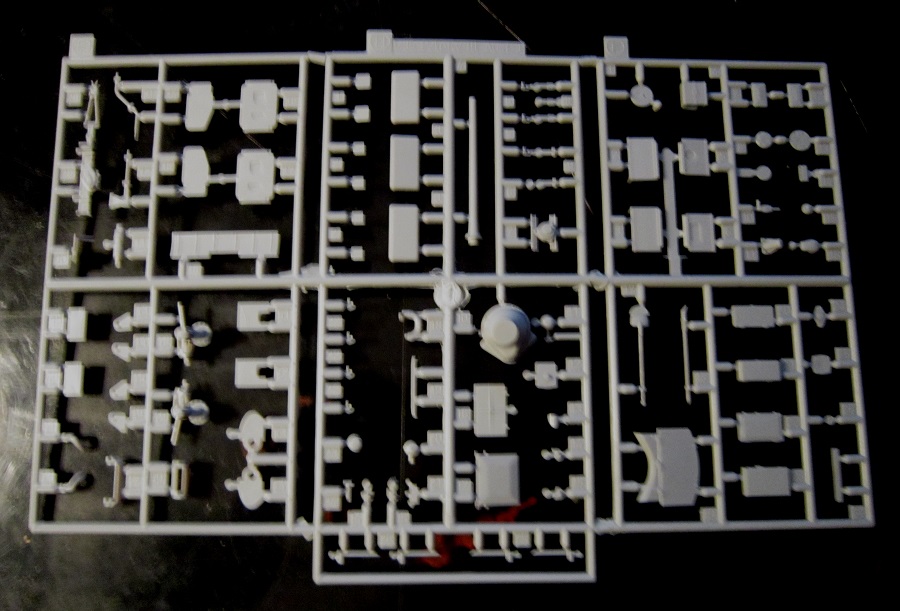 There are 8 identical black letter I parts trees. They hold the individual track links (30 links per tree)

Grey letter J parts tree holds: alternate hull walls etc. (47 parts) 38 parts are excess.
There are 9 parts on one end of this tree that are not illustrated as being there on the parts trees illustrations. So I count these as being part of the excess parts.

Grey letter K parts tree holds: numerous small parts that it would be hard to identify. Please just look at the photo of the tree. (41 parts) 12 are excess. 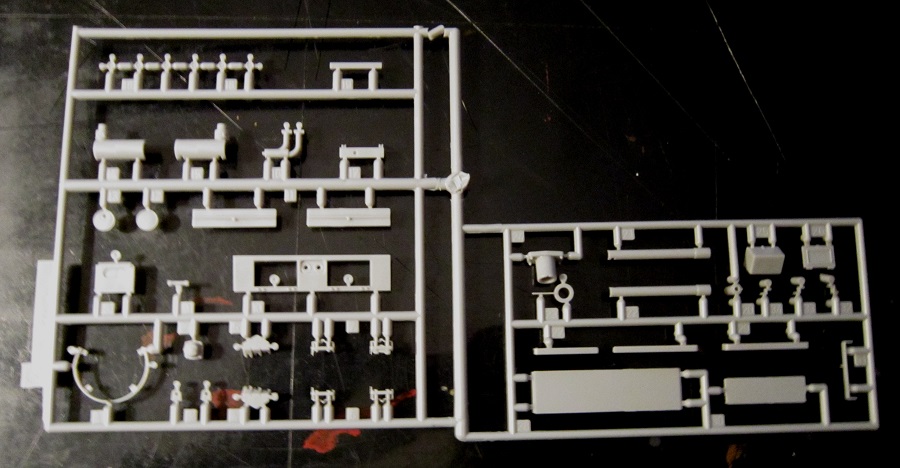 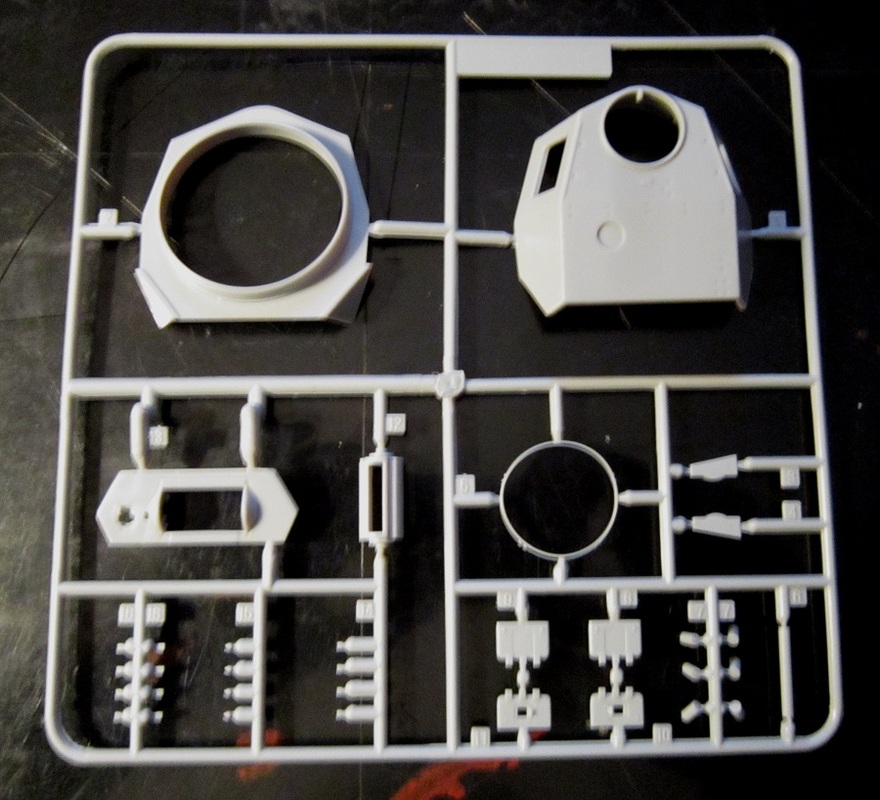 Next is the length of steel wire for making a pole type antenna. 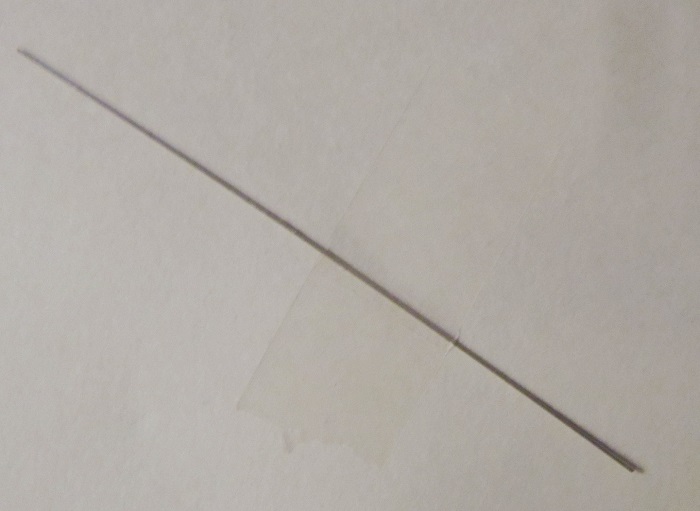 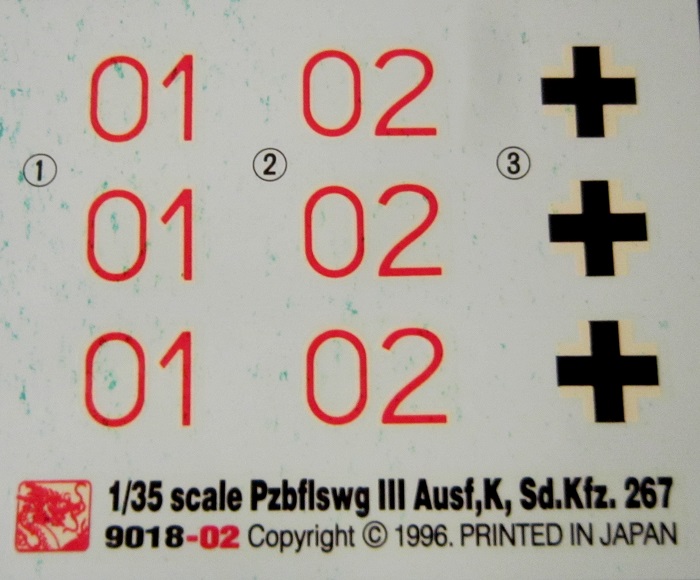 This kit is jam-packed with parts tree inside, with next to nil voids.


There are no clear parts, crew figures or interior details provided.

I highly recommend this kit to modelers of advanced modeling skills, due to its complexity and part count. It is not for the novice, nor is it a week-end project.