I paid $12.00 for this kit back then at a local store that went out of business.
​HISTORY:

The Messerschmitt Bf 109 is a German World War II fighter aircraft that was, along with the Focke-Wulf Fw 190, the backbone of the Luftwaffe's fighter force. The Bf 109 first saw operational service in 1937 during the Spanish Civil War and was still in service at the dawn of the jet age at the end of World War II in 1945.

It was one of the most advanced fighters of the era, including such features as all-metal monocoque construction, a closed canopy, and retractable landing gear. It was powered by a liquid-cooled, inverted-V12 aero engine.

From the end of 1941, the Bf 109 was steadily being supplemented by the Focke-Wulf Fw 190. It was commonly called the Me 109, most often by Allied aircrew and among the German aces, even though this was not the official German designation.

It was designed by Willy Messerschmitt and Robert Lusser who worked at Bayerische Flugzeugwerke during the early to mid-1930s. It was conceived as an interceptor, although later models were developed to fulfill multiple tasks, serving as bomber escort, fighter-bomber, day-, night-, all-weather fighter, ground-attack aircraft, and reconnaissance aircraft.

It was supplied to several states during World War II, and served with several countries for many years after the war. The Bf 109 is the most produced fighter aircraft in history, with a total of 33,984 airframes produced from 1936 to April 1945.

The Bf 109 was flown by the three top-scoring German fighter aces of World War II, who claimed 928 victories among them while flying with Jagdgeschwader 52, mainly on the Eastern Front. The highest-scoring fighter ace of all time was Erich Hartmann, who flew the Bf 109 and was credited with 352 aerial victories.
The aircraft was also flown by Hans-Joachim Marseille, the highest-scoring German ace in the North African Campaign who achieved 158 aerial victories. It was also flown by several other aces from Germany's allies, notably Finnish Ilmari Juutilainen, the highest-scoring non-German ace, and pilots from Italy, Romania, Croatia, Bulgaria, and Hungary.

Through constant development, the Bf 109 remained competitive with the latest Allied fighter aircraft until the end of the war.

A significant portion of Bf 109 production originated in Nazi concentration camps, including Flossenbürg, Mauthausen-Gusen, and Buchenwald.

Matchbox was a prolific model company based in England. They manufactured all manner of model subjects in the popular scales. I believe they have gone out of business.

This kit comes in a long blousy shrink-wrapped tray and lid type box. It is a wopping 11" too long.

It is in a splinter pattern of black-green and dark-green over a pale blue under carraige. It has a black-green spinner with a emerald-green tip. There is a yellow panel underneath the nose and the rudder fin is yellow. The rudder fin has 82 victory hash marks on it.

On its side just in front of the windshield there is a white shield with a red letter "S" on it, followed by a logo of a black and white Mickey Mouse with a axe in one hand and a blunderbuss pistol in his other hand below the cockpit.

It has a fuselage code of black double chevrons, outlined in white, the German cross and a yellow number 16.

The right side of the cover has a black and white illustration of the inside of the cockpit, looking forward at the dash panel etc.

Below this illustration it says the aircraft is a classic fighter of WWII called the "Augsburg Eagle" in 6 languages, including English.
One side panel has three color illustrations. The first is a side view of the aircraft while the second shows the engine. The third is a 3/4 view of the cockpit interior.

​The other side panel of the box has a color profile illustrations of the Bf-109E-3 that is the box art subject.

It was flown by Geschwader Kommandere Adolf Galland with JG-28.

These are followed by the copyright date of 1983 for this kit and kit was printed and made in England in multiple languages, including English.

I also added a extra Microscale brand decal sheet to this kit.

Page 3 is a 4-view of a Bf-109E-3 in a wave pattern of black-green and dark-green above a light-blue under carriage. It has a yellow fuselage band and yellow panel underneath the nose. The spinner is split in half as black and white. The crosses on it are black with a red dot in the center.

This aircraft was with the JG-52 Slovakian Air Force, Russian Front (Southern Sector) 1942.

Page 4 is a 4-view of a Bf-109E-3/4 in a splinter pattern of black-green and dark-green over a mottle of these two colors on its sides and a light-blue under carriage. It's spinner is split in two with halves being azure-blue and black. It has a fuselage code of a large white squiggle, cross, white 4. There is a logo on the side of the nose of a yellow circle with a black mosquito on it with white wings outlined in black.

No swastika is shown on the rudder of any of the illustrations, but the swastika is included on the decal sheet.

The second instructions is a single-sheet the same large 20" x 14" format as the first instructions. Folded three times to fit the box.

It is printed on both sides and begins with international assembly symbol explanations, followed by 18 assembly steps. 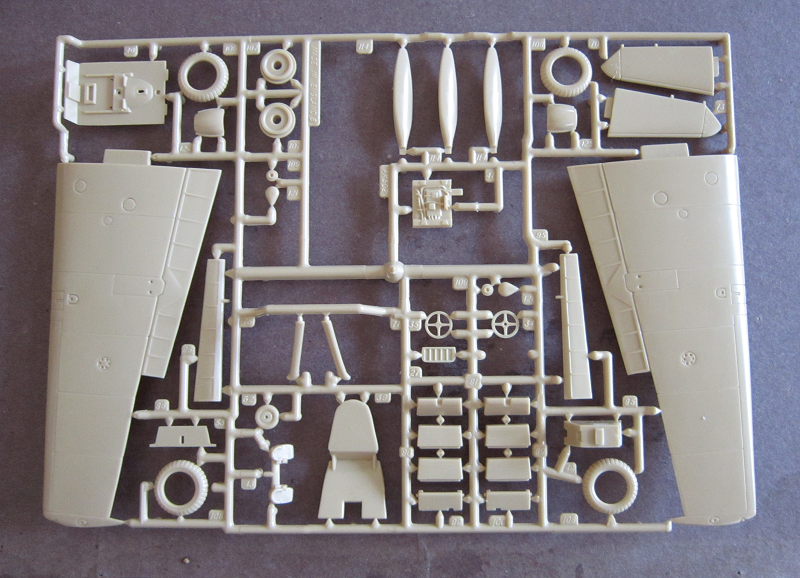 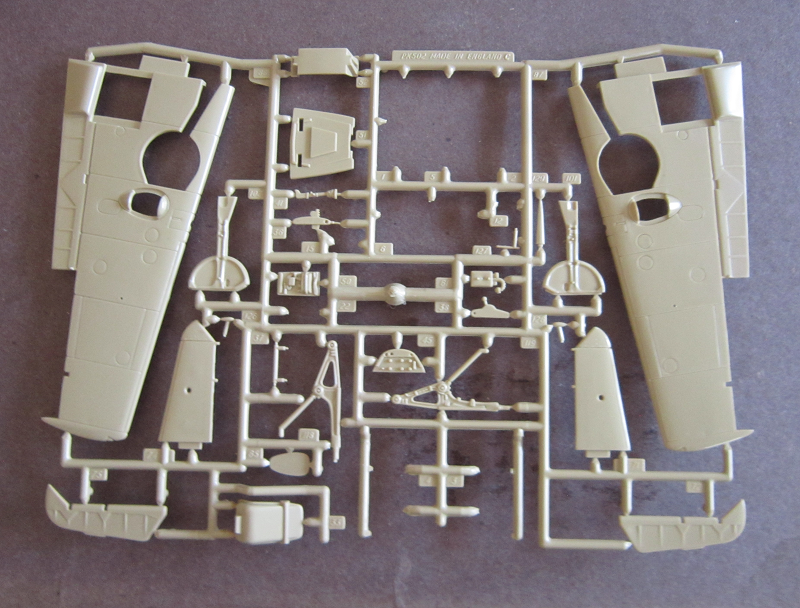 ​I have started assembly of the engine parts from this tree. 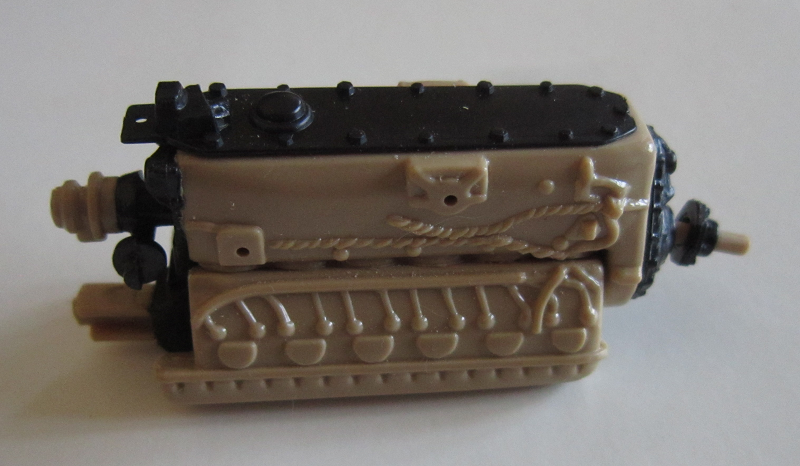 Again, I have started assembly of the engine with some black parts. 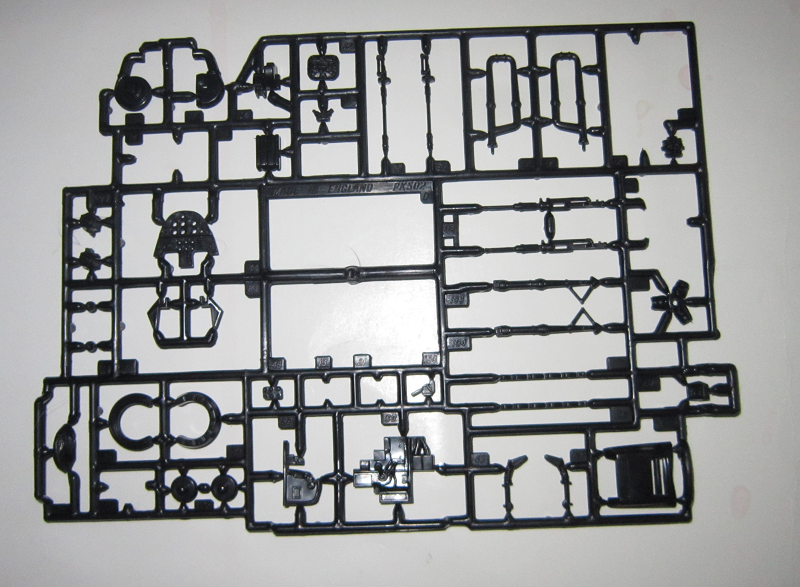 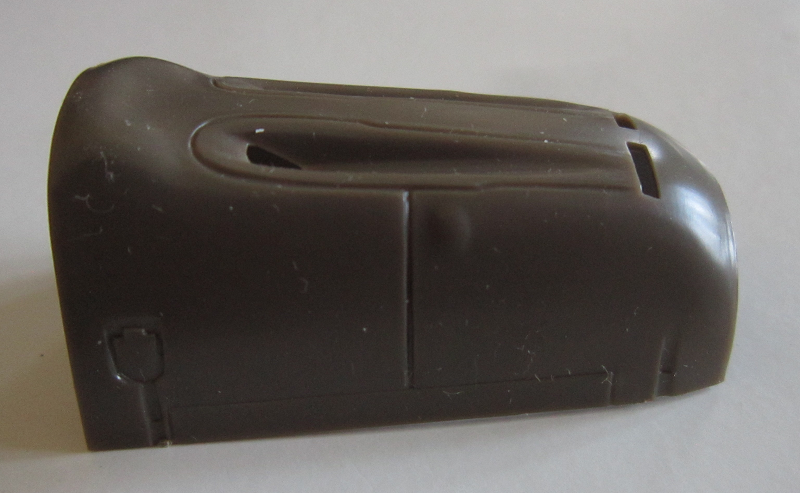 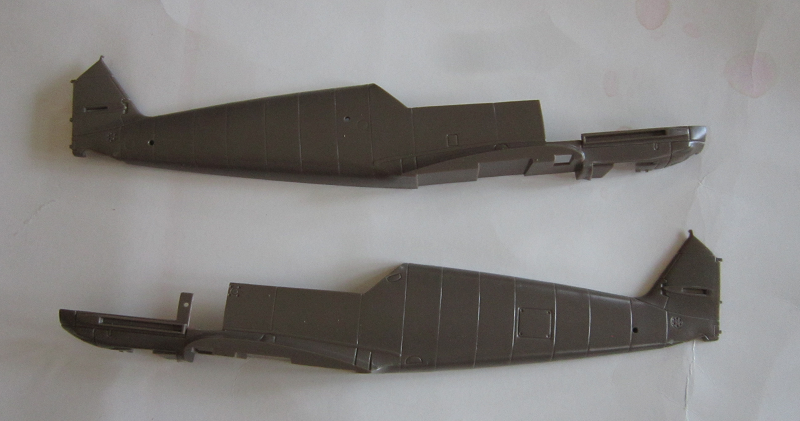 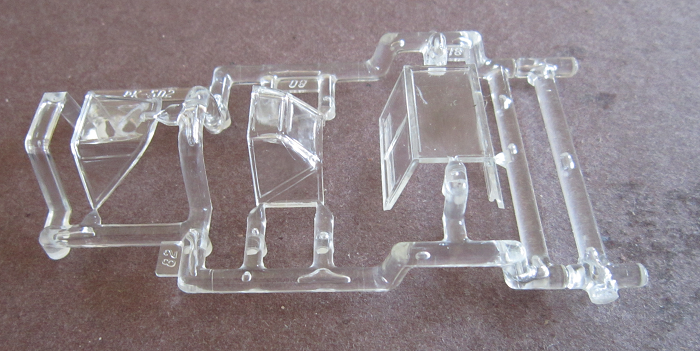 The decal sheet is for the options mentioned above. 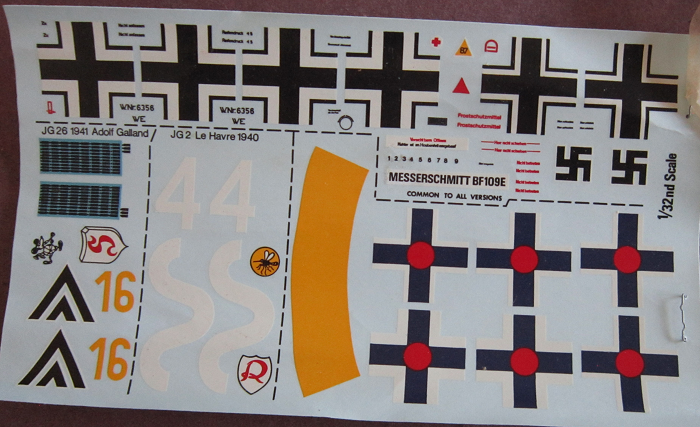 I also have a Microscale decal sheet as well. 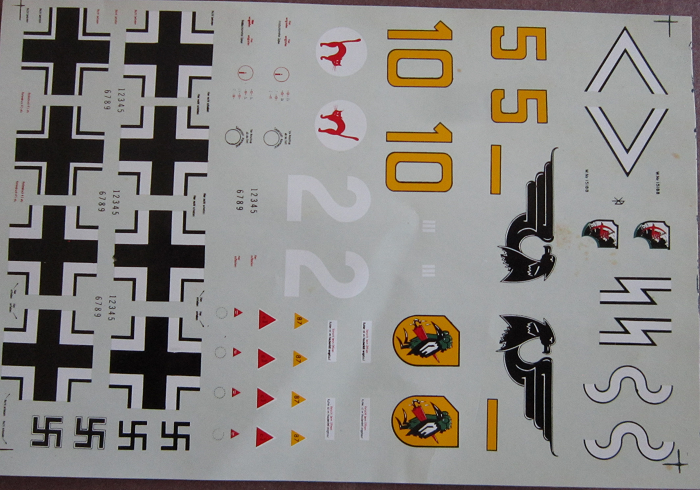 This kit has tremendous detail and I highly recommend it.