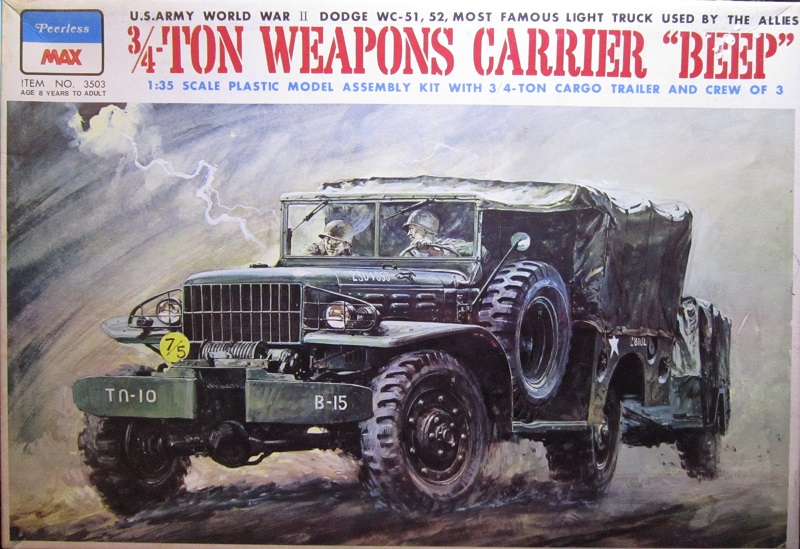 The U.S. Army’s famous WWII ¾ ton series of trucks had their origin in a similarly designed ½ ton series, which was introduced in 1936. In the early stages of WWII, when the German Army invaded France and Russia, the U.S. supplied the Allies with some 82,000 ½ ton trucks. Many of these were still in service when the U.S. entered the war.

There were 12 versions of the ½ ton trucks, including a weapons carrier and a command and reconnaissance truck, these versions were also included in the ¾ truck series.

Prototypes of the new ¼ ton series were produced in 1942 by Dodge and Ford, with Dodge eventually becoming the main supplier. The new ¾ ton series truck was wider and had heavier body types. It had a lower silhouette, shorter wheel base and a larger engine than the ½ ton trucks, and was quickly-supplied in the U.S. and to other Allied Forces in Europe and the Pacific.

It was placed in the Military Transport Small Truck category along with the ¼ ton Jeeps. As with the ½ ton series, the ¾ ton trucks also had several body types.

The most common type was the Weapons Carrier, which was called “Beep” by the G.I.’s, meaning “Beefed Up Jeep” or “Big Jeep”. It was used for carrying squad unit weapons as well as a general service truck. Most of the ¾ ton trucks were of this type.

Max was a model company based in Japan. For a while they were imported to the U.S. by the Peerless Corporation in Philadelphia, PA.  Both companies are now long out of business. To my knowledge Max only ever produced AFV kits in 1/35th scale.

Their molds have through the years appeared under many different other brands in re-release. Usually the box art remains the same as do the parts.

This marking is NOT supplied on the kits decal sheet.

One side panel of the box has 3 color illustrations of features of the kit: parts for 2 different front ends, with or without winch, realistic detachable canvas top in molded plastic and ¾ ton cargo trailer included.

These are followed by Peerless’ address in Philadelphia and MADE AND PRINTED IN JAPAN.

The other side panel has 3 color illustrations of box arts of other AFV kits that Peerless-Max marketed: Kit no. 3504, a M6 37 mm Anti-Tank Gun Carriage, Kit no. 3503, a Command and Reconnaissance truck and Kit no. 3506, a 1 ½ ton Personnel Carrier.

This kit holds 5 dark green trees of parts in 2 sealed cello bags, a clear tree and 2 metal rods in a cello bag, the instructions, a booklet of the history of the truck and the decal sheet.

The instructions consist of a single sheet that accordion folds out into 8 pages in 7 ¼” x 10 1/8” page format.

Page 1 begins with a black and white photo of the truck and trailer made up. The truck is shown twice. Once with the canvas roof and once without it and with or without the winch on front.

This followed by BEFORE ASSEMBLING instructions and two black and white photos of the front end of two trucks showing the winch mounted and not mounted.

Page 2 has the parts trees illustrations above a listing naming every part on the trees. This is neat as it helps me get the names right for this review.

Page 3 through 5 give a total of 8 assembly steps for the truck.


The top of page 6 has the single assembly step for the 2-wheel trailer. The bottom of the page has color suggestions for the truck and its dashboard.

Page 7 has a 2-view for both the truck and the trailer for marking them.

There are marking schemes for 2 U.S. ARMY vehicles and one MARINE CORPS one and a single scheme for the trailer.

Page 8 has a big list of General Data about the truck followed by black and white illustrations of the same box arts that are on the side panel of other AFV kits that Peerless-Max marketed.

The other history sheet is folded in the center into the same 7 ¼” x 10 1/8th page format of 4 pages. It has 11 black and white photos of variants of the truck in it. There are also line drawings of 14 versions. This is a neat feature for military historians and modelers alike. 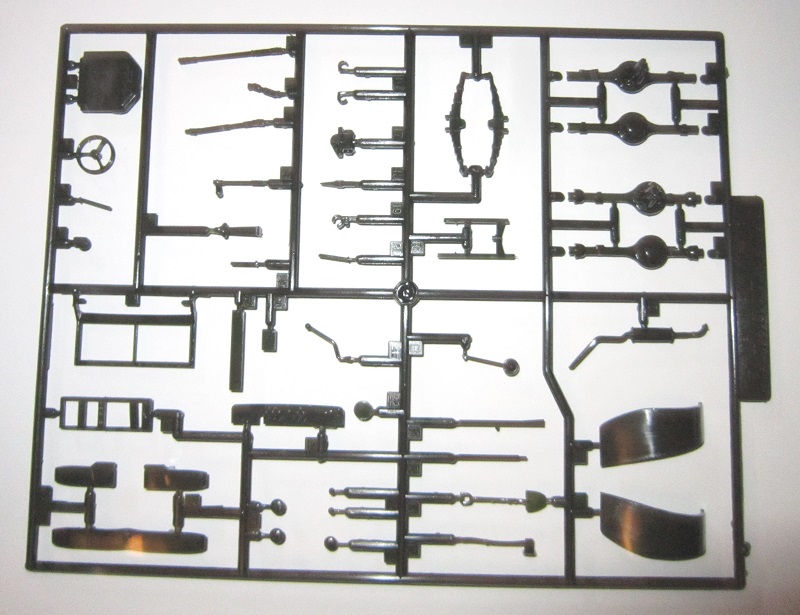 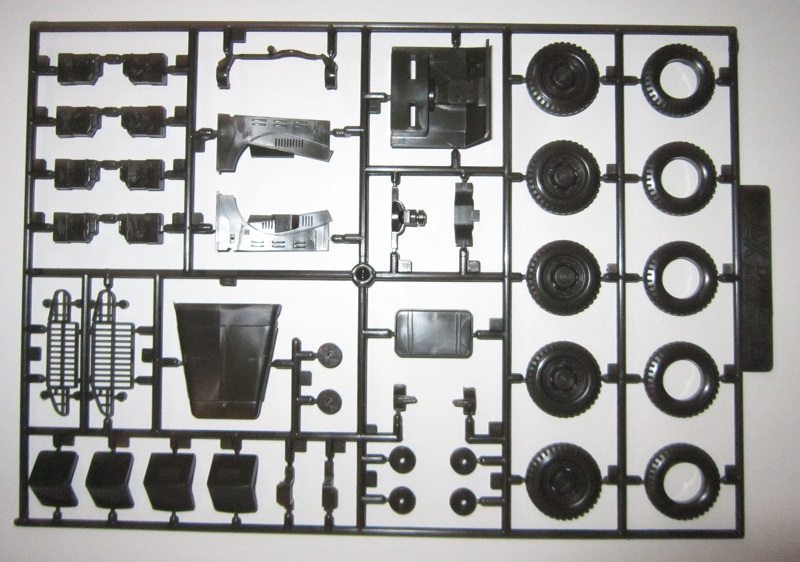 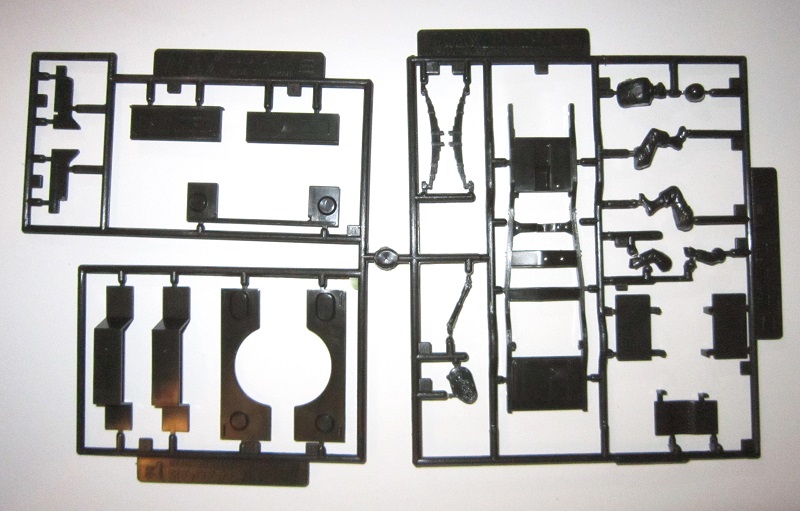 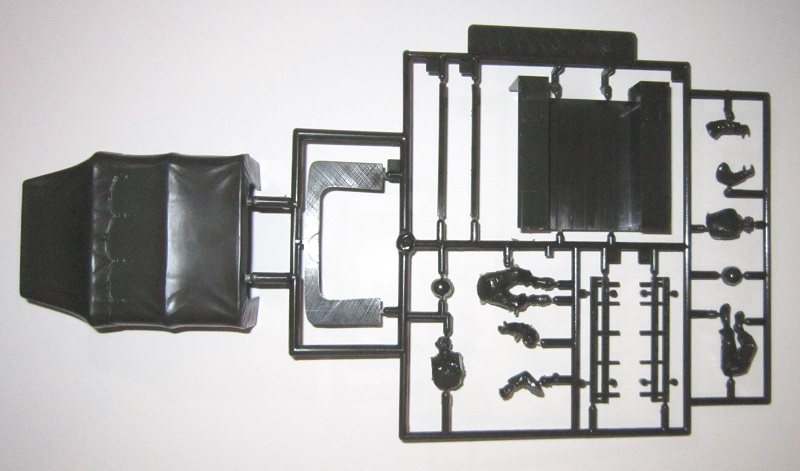 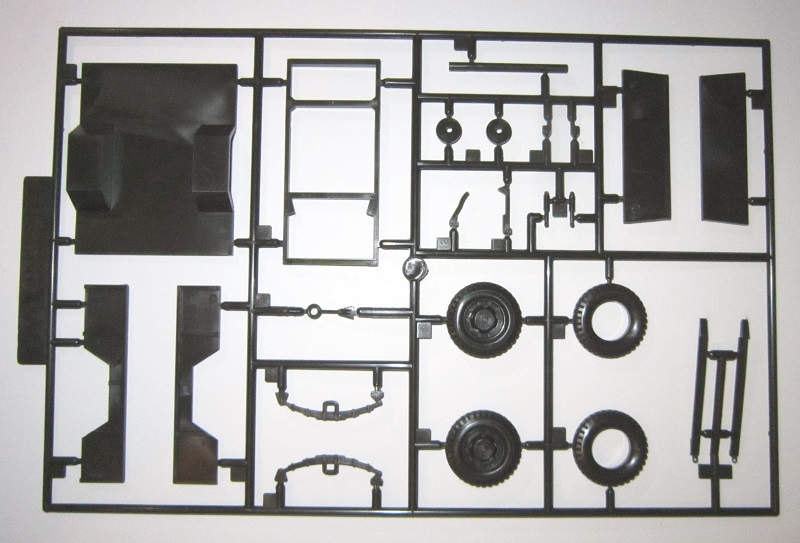 The clear part for the windshield is not alphabetized nor illustrated in the parts tree illustrations.

Two metal rods are included to use to strengthen the axles. 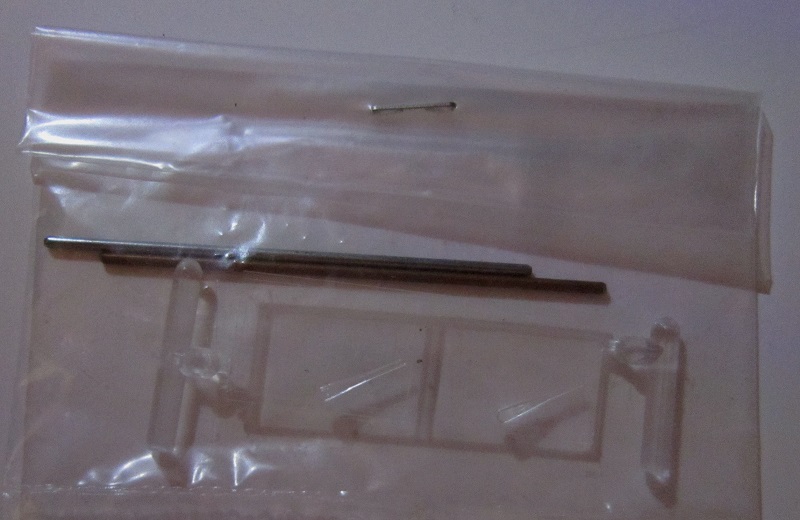 The decal sheet completes the kits contents. Unfortunately, mine has turned yellow with age and suffered some moisture damage too. I hope something can be salvaged from it. 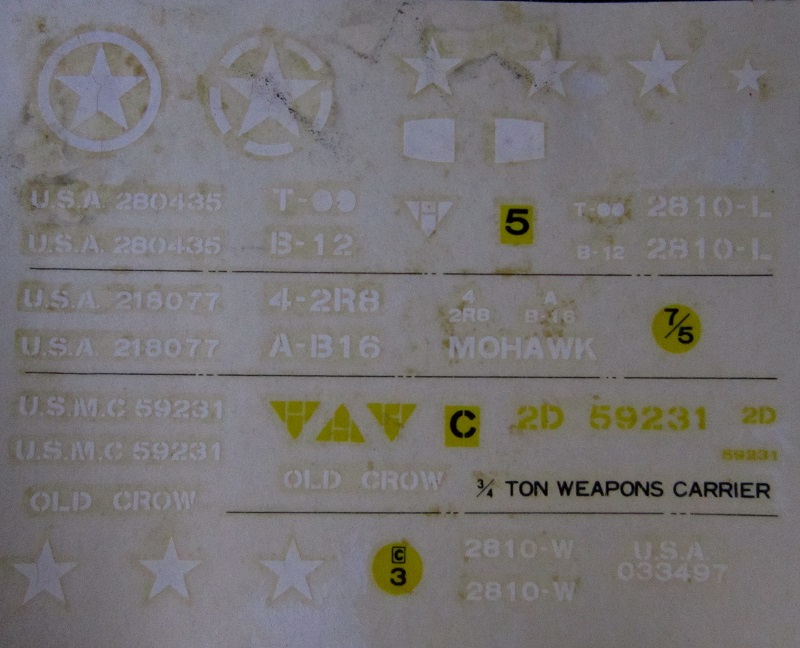 This kit goes back to the late 60’s and the price tag for what I paid for it back then is still on the box lid. It was an unbelievable (by comparison to kit prices now) of $3.75 !!  Makes a guy really nostalgic for the GOOD OL DAYS.

A lot of the old Max molds later went to Italeri and things were re-issued several times by them. I recommend this kit to experience modelers.

Perhaps one can still be found on eBay??