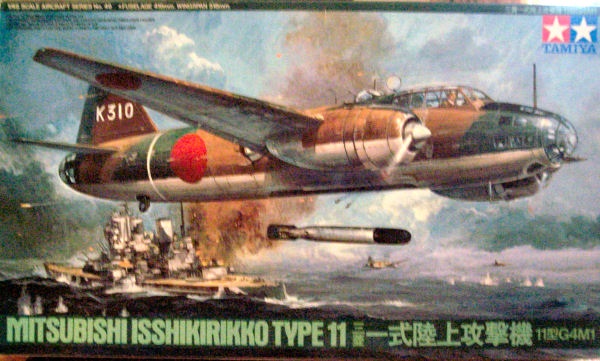 The Mitsubishi G4M “Isshikirikko”, or Type 11 land-based attack bomber, was built to a “range-at-all-cost” specification. In order to compensate for the inferior fleet strength restricted by the London and Washington treaties, the Imperial Japanese Navy intended to support their naval operations from shore based aircraft.

Bombers with an extremely long range were in dire need for such missions, and this could only be achieved by designing the entire wing as integral fuel tanks and keeping the structure as light as possible, without any armor or self-sealing protection.

Defensive weapons and armor protections for the crew were also kept at a minimum. To reduce the drag, bombs or torpedoes were stored within a thick, cigar-like fuselage. The thin, wide wing contributed to obtaining an excellent stability and maneuverability during flight. Using two 1530 hp Mitsubishi “Kasei” type-11 radial engines, the G4M achieved a maximum speed of more than 420 mph and an outstanding 4,200 km of range. However, the 5,000 liters of fuel in the unprotected tanks made the bomber extremely vulnerable, and it soon became known to U.S. gunners as the “one-shot lighter”.

With several improvements incorporated, the Isshiki Rikko stable served throughout the Pacific War. Including all variants, more than 2,400 units were produced. It was a part of the force which sank the British battleship HMS Prince of Wales and the battle cruiser HMS Repulse at the beginning of the conflict. In 1945, it was also used in carrying the Japanese surrender delegation to end the war.

Tamiya is a prolific model company based in Japan. They market all kinds of model kits: aircraft, AFV’s, ships, cars, figures etc.

The box art shows 3 Bettys doing a torpedo attack against ships. I assume this is the attack on the HMS Prince of Wales and HMS Repulse mentioned above. The Betty in the foreground is just dropping its torpedo. It is painted dark green with red-brown wave stripes above light gray. It has a black anti-glare panel in front of the cockpit and black panels above the engine cowlings. The propeller blades are bare metal. It carries the white serial number K-310 on the rudder and a narrow white band around the rear fuselage. The torpedo it is dropping is bare metal with a black nose and rudder fins. This aircraft was assigned to the Kanoya Naval Fighter Group and was flown by Lt. Haruki Iki, Malaya, Indo-China, December 1941. This scheme is offered on the kit’s decal sheet.

One side panel shows a side profile, top and bottom full color illustrations of another scheme. This one was assigned to the IJN 761st Fighter Group, Japanese mainland, 1944. It is dark green above light gray with a black anti-glare panel. The tail code is a white Japanese character above 01. It has yellow leading edges on the wings. There are labels to various parts of it’s anatomy telling what those things are in English and Japanese. Next to this is a paragraph all in Japanese only. I haven’t a clue what this says??? This scheme also is provided on the decal sheet.

The other side panel gives a third scheme in full color. The side, top and bottom are shown here too. It is in the same colors as the aircraft of the 761st. It is illustrated along with a torpedo. It carries the white tail code of a horizontal stripe with the number 359 in the center. The fuselage red meatball national insignia is on a white square. It has yellow wing leading edges also. It is a Betty attached to the IJN 705th Fighter Group, 3rd Squadron, Summer 1942, Rabaul Base. Parts of its anatomy are labeled here also. These 2 schemes are provided for on the decal sheet in the kit too.

Inside the box are 6 light gray trees of parts in stapled shut cello bags, a clear parts tree in a stapled cello with a small stapled cello that holds 2 small black vinyl washers. Two decal sheets and the instructions complete the kit’s contents.

The instructions consist of a large sheet that accordion folds out into 8 pages in 8” x 11 ¾” page format. A single sheet, that is the same size, has the painting and marking illustrations on each side.

The first page of the instructions begins with features of the kit:

Kit contains parts for one model

Cement and paint not included

A black and white photo of the model made up in the box art’s scheme is shown, above the history of the Betty in English, German, French and Japanese.

Page 2 begins with READ BEFORE ASSEMBLY instructions and CAUTIONS in the 4 languages. The bottom of the page has the first assembly step drawing.

Pages 3 through 8 give a balance of a total of 17 assembly steps.

In steps 15 and 16 you opt for either a closed bomb bay for the recon version or door-less for a bomb or torpedo load.

The bottom of page 8 has an after-market service card in just Japanese.

There are no parts trees illustrations in the instructions. This means a careful search of the trees to find a part in each assembly. Bad move Tamiya! 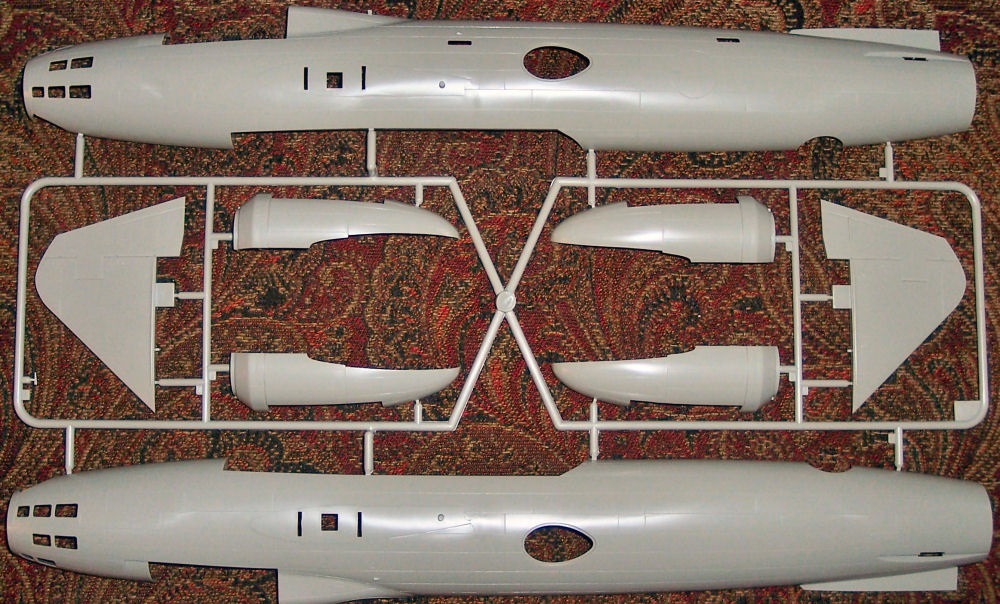 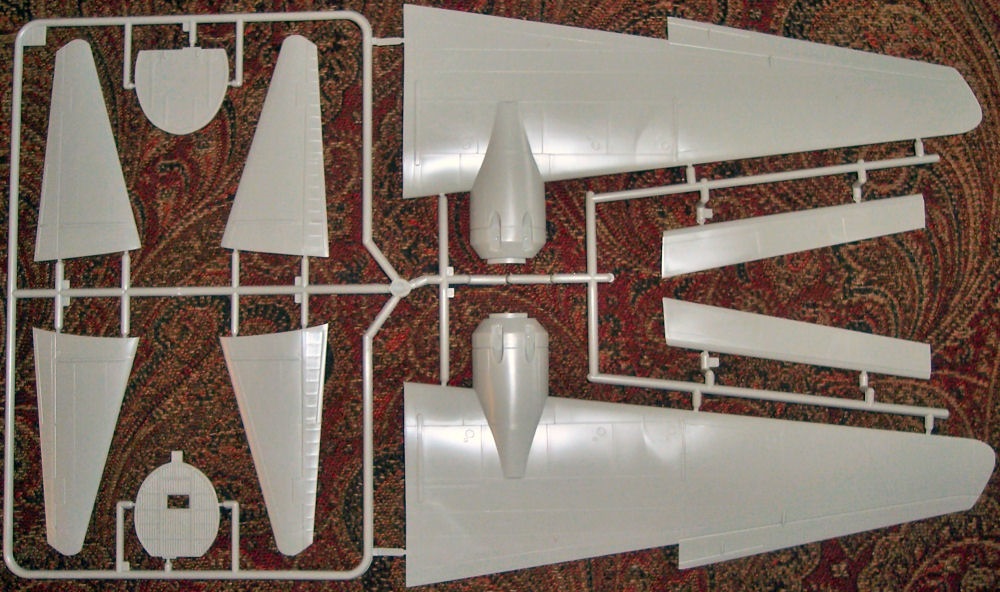 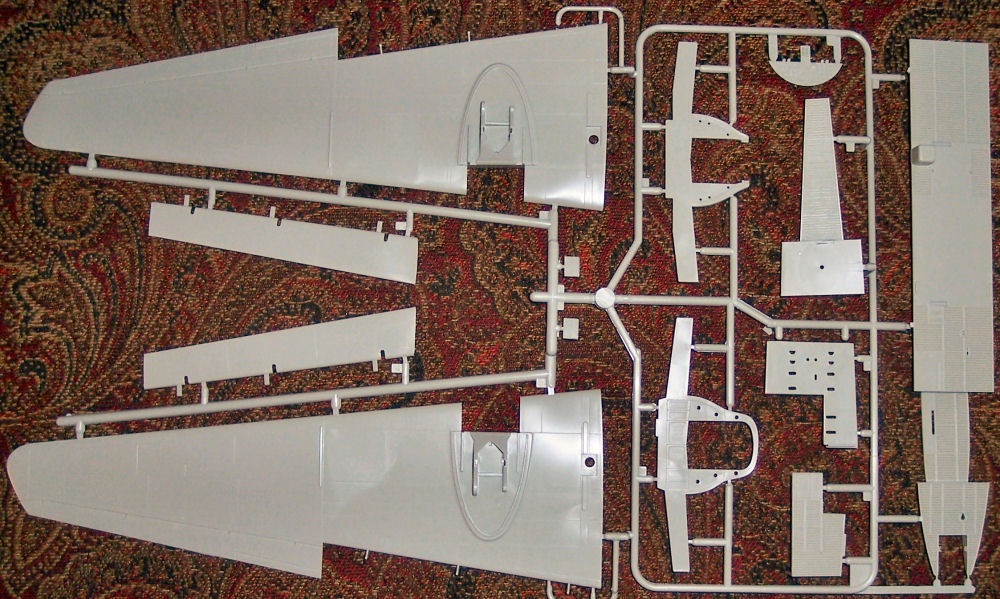 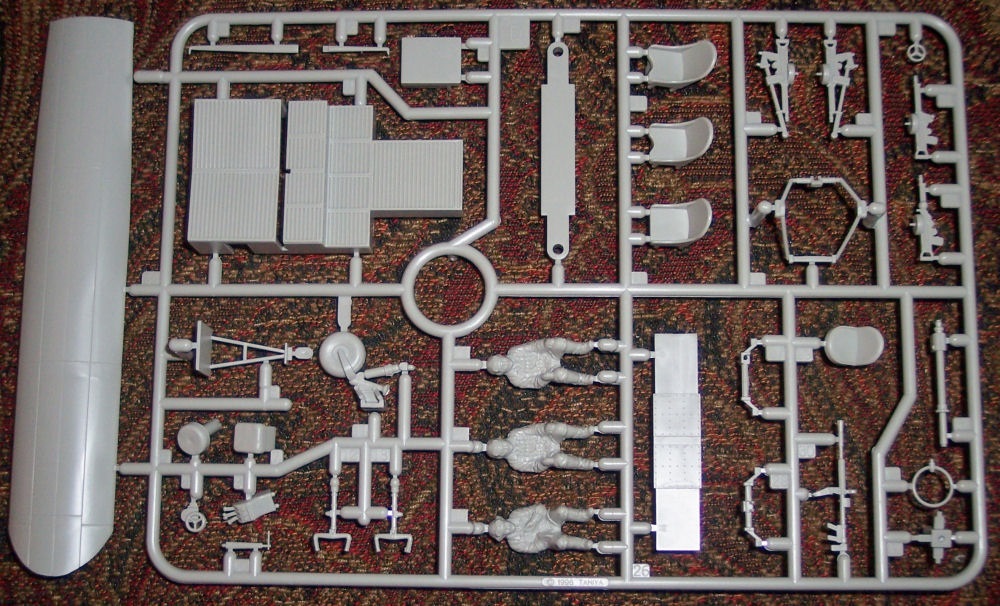 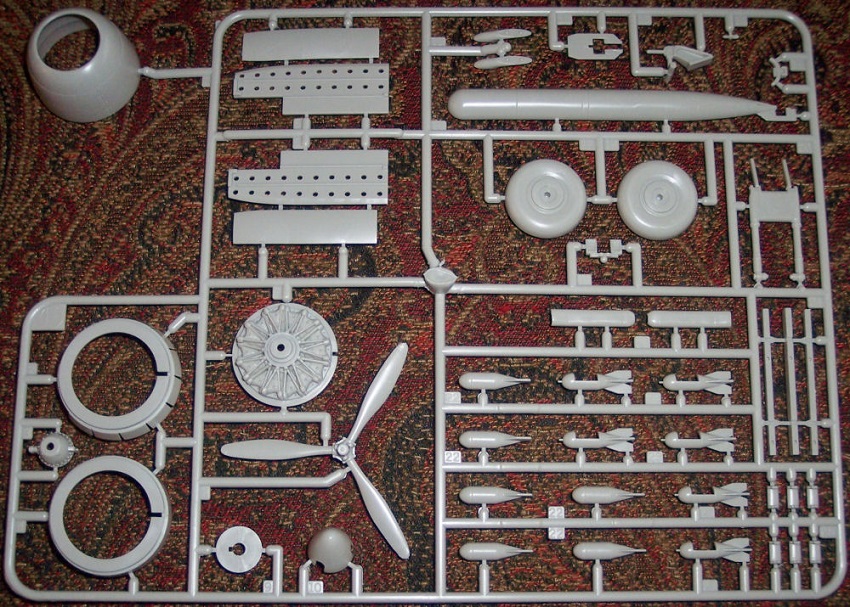 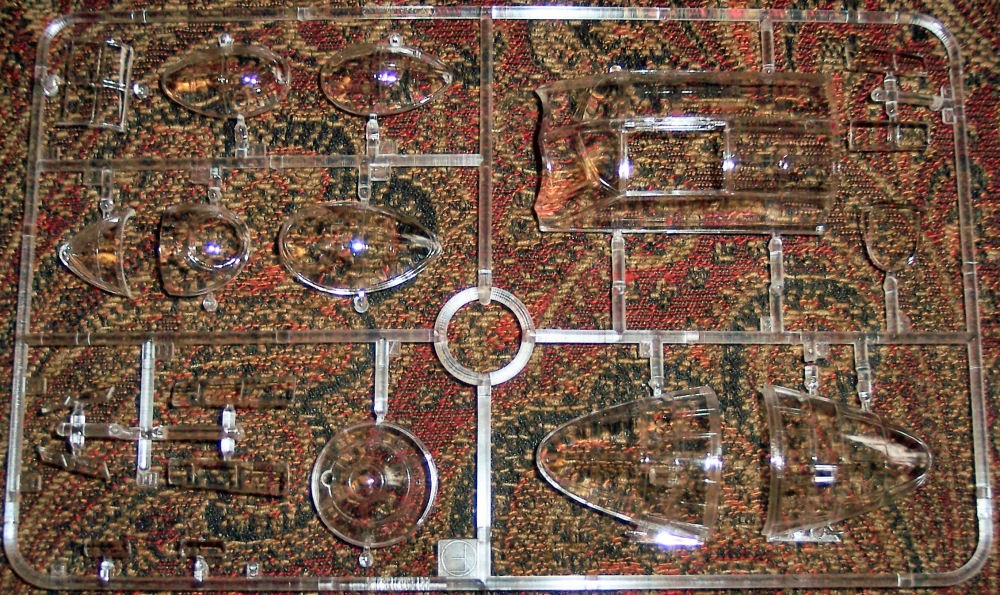 There are 2 decal sheets in the kit. The second one is a correction to the yellow wing leading edge sections that apparently are the wrong shape on the larger decal sheet. 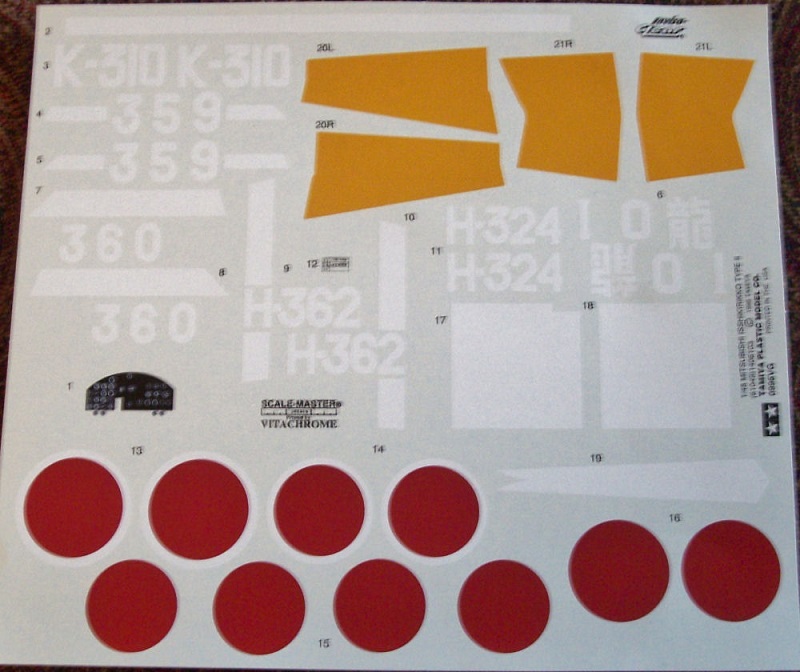 The single instruction sheet for painting and markings shows 4 schemes on one side. Four side profiles are shown and a top and bottom view which are common to all 4 schemes.

All are dark green above light gray with black anti-glare panels and yellow leading edges on the wings.

The bottom of the page has the decal application instructions in Japanese, English, German and French.

The other side of this sheet gives 2 more marking and painting schemes, for a total of 6. One scheme is illustrated with profiles of each side of the aircraft and there are illustrations of the top and bottom of the aircraft in markings used on both aircraft shown.

Again, decal applications appear at the bottom of the page in the 4 languages, including English.

The parts in the kit have engraved panel lines that are lightly done and may disappear under too heavy a coat of paint later.

This kit is very nicely detailed. The insides of the fuselage walls have stringers molded to them for detail. However, I doubt much of that will ever be seen after assembly. The cockpit interior is well detailed too.

I only wish that Tamiya had done the rudder, elevators and outer wing flaps as separate parts. They did do the inboard flaps separate however which was a nice start.

This kit put a heavy dent in my wallet back in the end of the 90’s.