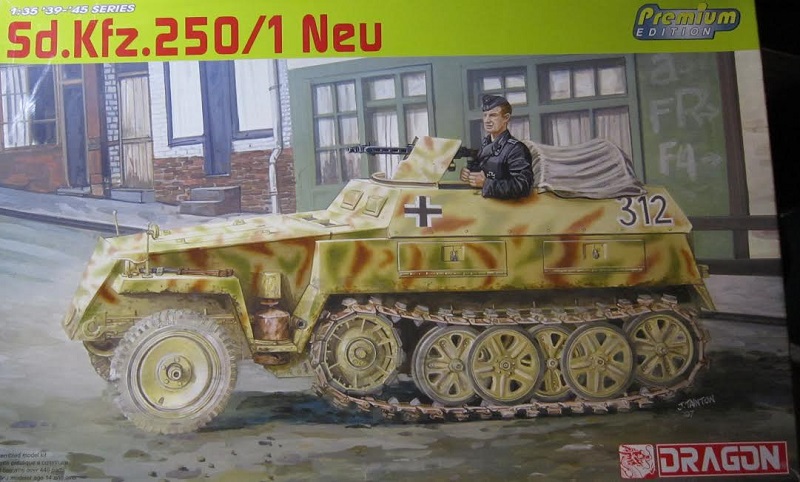 The Sd.Kfz. 250 (German: Sonderkraftfahrzeug 250; 'special motor vehicle') was a light armoured halftrack, very similar in appearance to the larger Hanomag-designed Sd.Kfz. 251, and built by the DEMAG firm, for use by Nazi Germany in World War II. Most variants were open-topped and had a single access door in the rear.

The Sd. Kfz 250 was adopted in 1939 to supplement the standard halftrack. Production delays meant that the first 250 did not appear until mid-1941

In 1939, the Inspectorate for Motorized Troops (AHA/In 6) decided that it would be useful for small armored half-tracks to accompany tanks in the attack. They could satisfy requirements for which a larger vehicle wouldn't be needed, such as headquarters, artillery forward observer, radio, and scout vehicles.

Demag, the designer of the smallest half-track in service, the Sd.Kfz. 10, was selected to develop the "light armored troop carrier" (leichter gepanzerter Mannschafts-Transportwagen) or Sd.Kfz. 250. The D7 chassis of the Sd.Kfz. 10 was shortened by one roadwheel station, an armored hull (Panzerwanne) replaced the sheet steel bodywork and almost every component was specially designed for the D7p, as the armored chassis was designated

Power for the Sd.Kfz. 250 was provided by a Maybach 6-cylinder, water-cooled, 4.17-litre (254 cu in) HL 42 TRKM gasoline engine of 100 horsepower (100 PS). It had a semi-automatic pre-selector transmission with seven forward and three reverse gears: Maybach SRG, type VG 102 128 H, (SRG=Schaltreglergetriebe, VG=Variorex-Getriebe, H=Hohlachse). Gears were first selected and then the clutch depressed to change the ratio, the next gear could then be selected in advance. In effect, the clutch acted as a gear change 'switch'. It could attain 76 km/h (47 mph), but the driver was cautioned not to exceed 65 km/h (40 mph).

Both tracks and wheels were used for steering. The steering system was set up so that shallow turns only used the wheels, but brakes would be applied to the tracks when the steering wheel was turned more. The drive sprocket had rollers, rather than the more common teeth. The rear suspension for its continuous track consisted of four double roadwheels, overlapping and interleaved in the so-called Schachtellaufwerk design used by nearly all German half-tracked vehicles, mounted on swing arms sprung by torsion bars. An idler wheel, mounted at the rear of the vehicle, was used to control track tension. The front wheels had transversely mounted leaf springs and shock absorbers, the only ones on the vehicle, to dampen impacts.
The Sd.Kfz. 250 was unique among German half-track designs as it, and its parent Sd.Kfz. 10, used a hull rather than a frame.

DML Dragon is a prolific model company based in Hong Kong, China. They make all manner of model subjects in the popular scales.
​THE KIT:

This kit comes in a shrink-wrapped tray and lid type box. It is very blousy inside with a 4" wide letter L void around the contents. The kit could really have been marketed in a much smaller box.

The box art shows a Sd.Kfz. 250/1 parked on a city street. It is in a base of earth yellow with a green and red-brown pattern and German crosses on it's sides with a red number 312 outlined in white.

The tank commander is dressed in a black Panzer unifordm and is standing in the fighting compartment holding a pair of binoculars.

One side panel has 7 tiny color side profiles of the Sd.Kfz. 250/1 showing variations of the earth-yellow base with green and red brown commouflage differences. This is followed by illustrations of the brass PE fret and one of the decal sheets in the kit.

​Cautions about using glue or paint near a flame is next in 3 languages, including English.

The kit is intended for modelers 10 and over and not suitable for kids under 3 due to small parts and a possible choking hazzard.

The copyright date is 2007 for this kit, followed by DML Dragon's street address in Hong Kong, China and MADE IN CHINA. 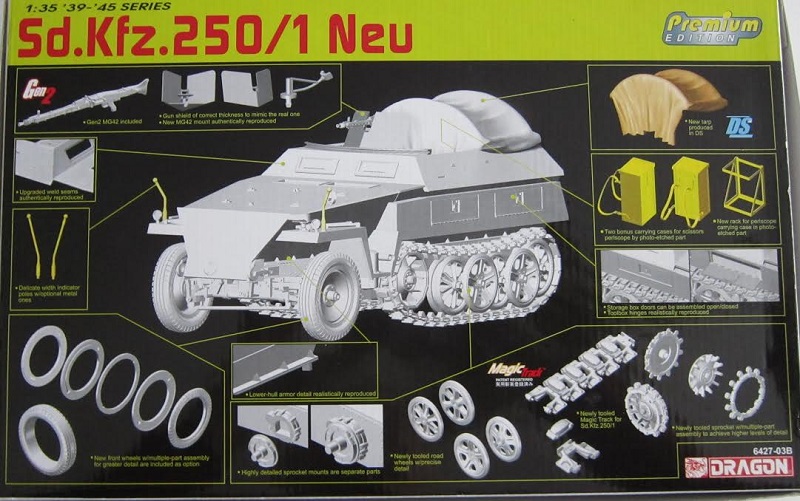 Three of the medium-grey trees, the clear tree. brass width indicator poles and the PE fret are all taped to sheet of cardboard and the whole in a sealed cello bag.

Page 1 of the instructions begins with a black and white repeat of the box art, followed by the parts trees illustrations. Some of the parts are blued-out in these illustrations as being excess and not needed to complete the kit.

Page 2 begins with CAUTIONS, international assembly symbol explanations and a list of GSI Creos Corp. and Master Model paint colors suggested to use to complete the model, in multiple languages including English.

Page 3 through 7 give a grand total of 21 assembly steps.

7. A 250 in a base of earth-yellow with heavy dark green mottling with an unidentified unit, Eastern Front 1944.

DML's office address in Austria is at the bottom of the page, with a copyright date of 2007 and decal application instructions in 6 languages, including English.

There is no letter B parts tree. 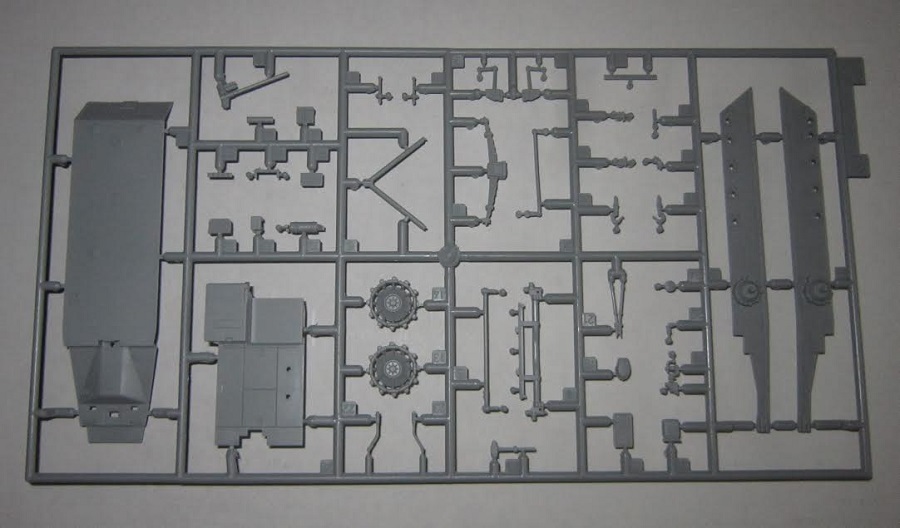 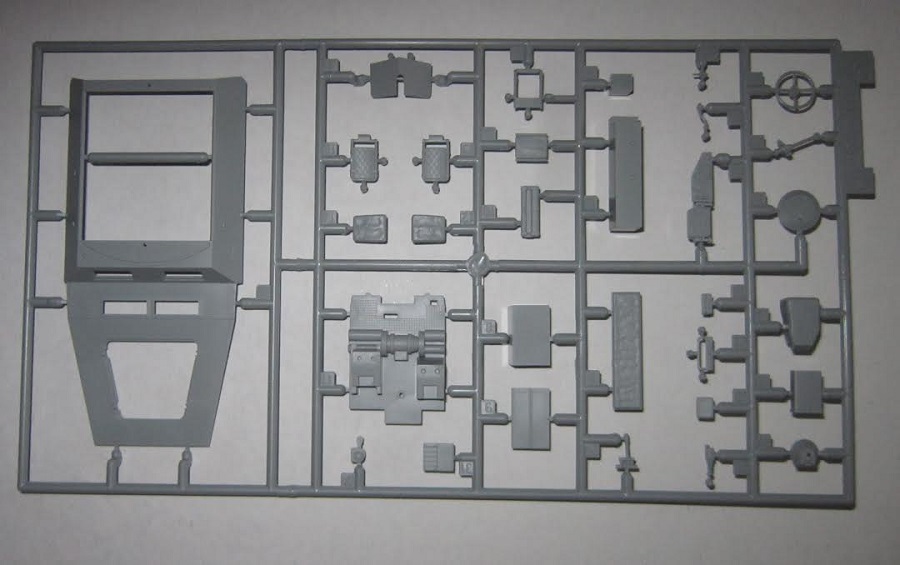 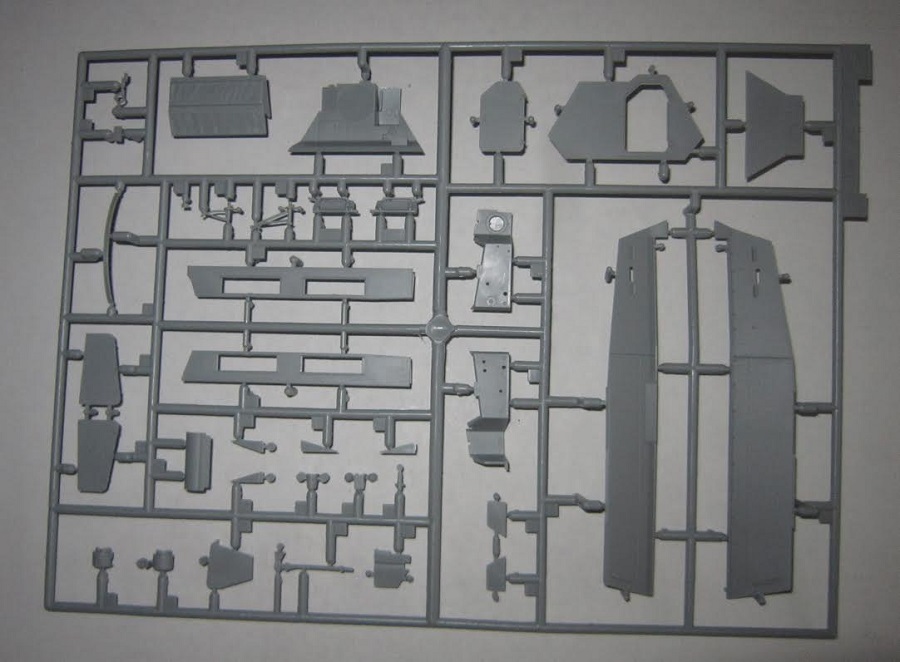 ​Medium-grey letter F parts are the individual Magic Tracks. There are two components to these and I haven't a clue as to how many links of each. 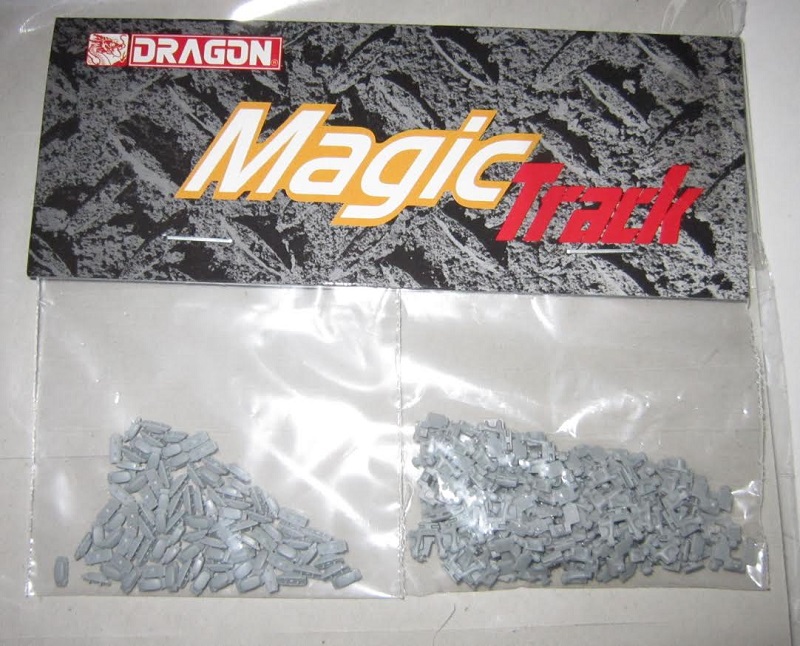 ​There are 2 identical letter G parts trees. They each hold bogies, road wheels etc. (23 parts each) 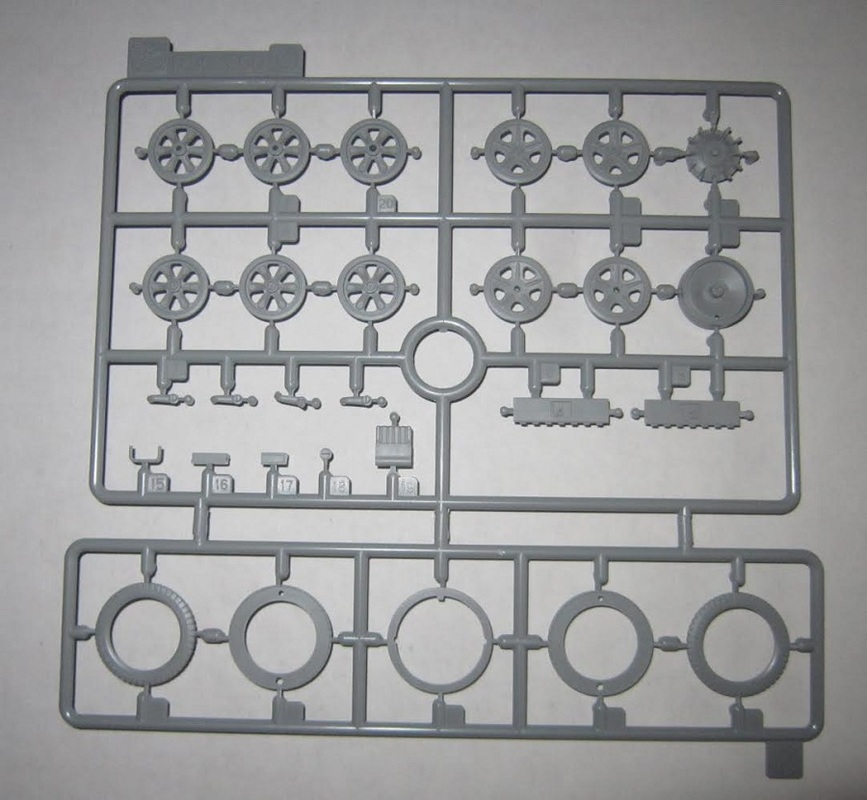 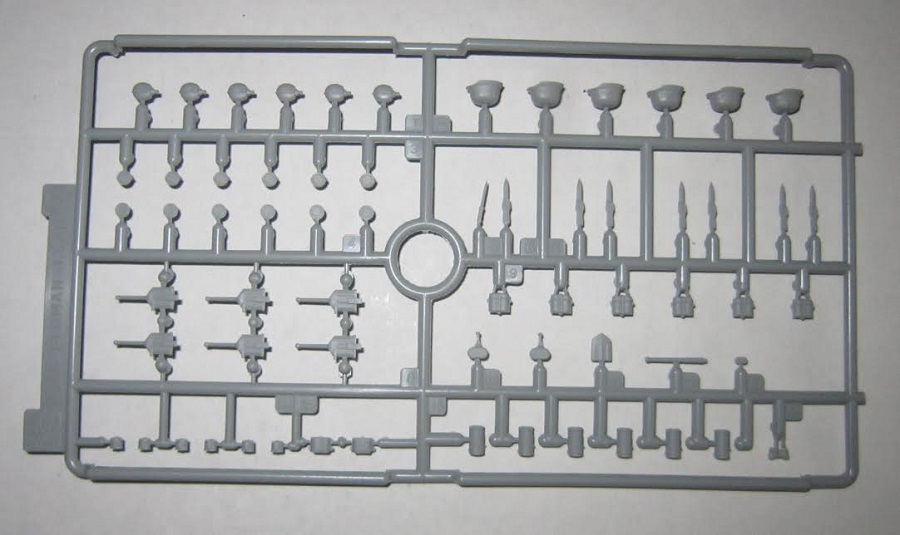 Medium-grey letter GC tree has parts on it that I don't know what they are. They are never shown anywere in the instructions that I can see. (14 parts) 10 are shown blued out as being excess on the parts trees illustrations, but I suspect they ALL are excess. 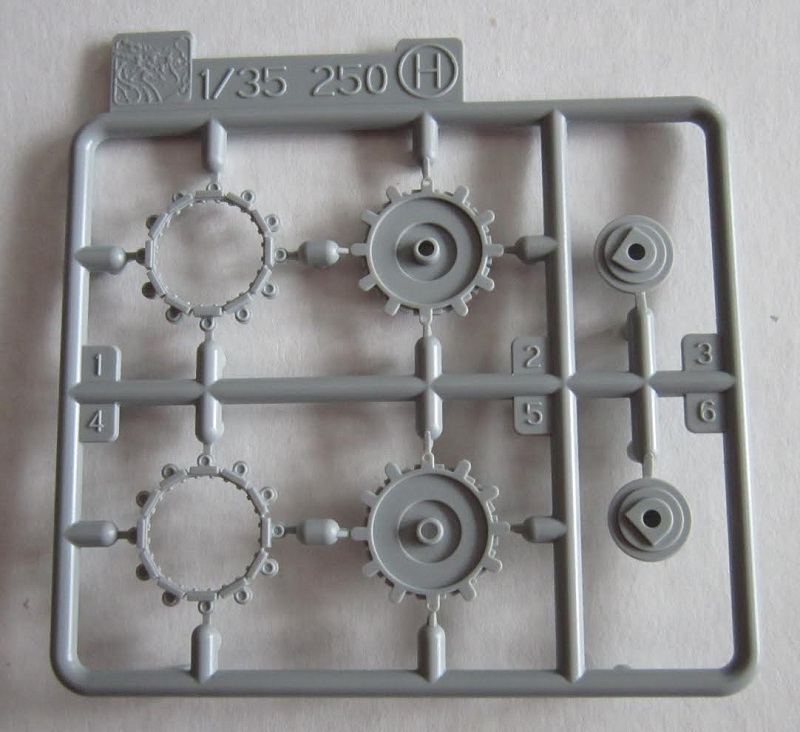 ​Lettering now jumps to the brass PE letter MA tree. It holds the rack for the scissors periscope etc. (40 parts) 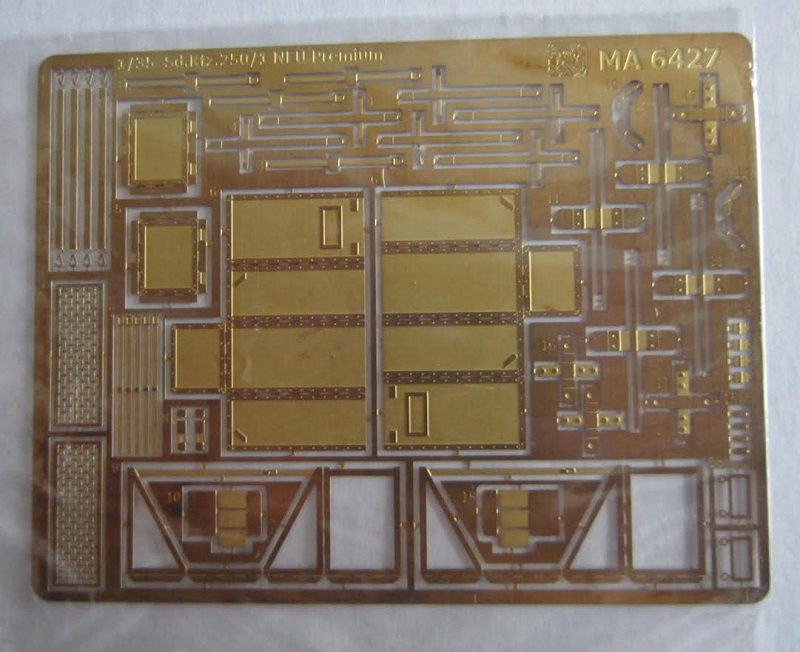 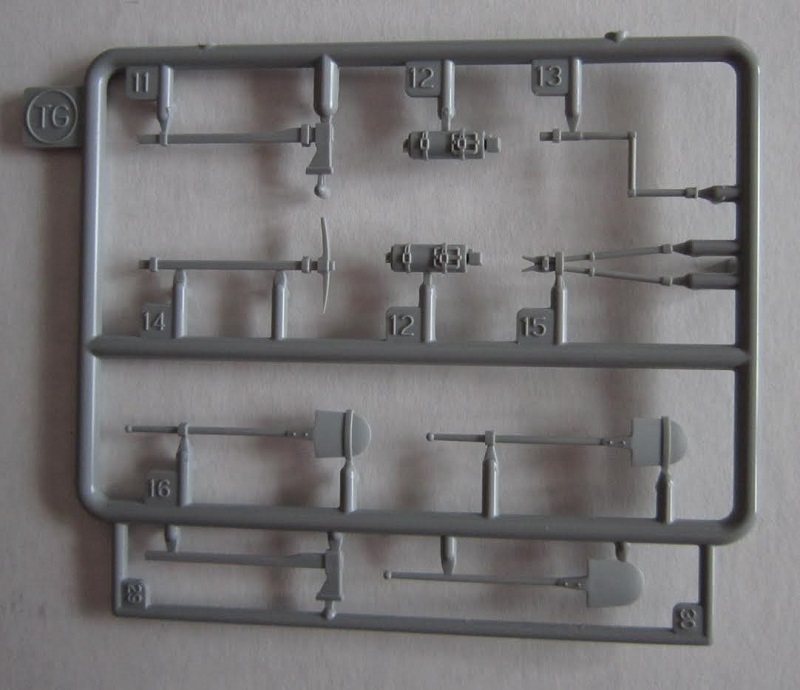 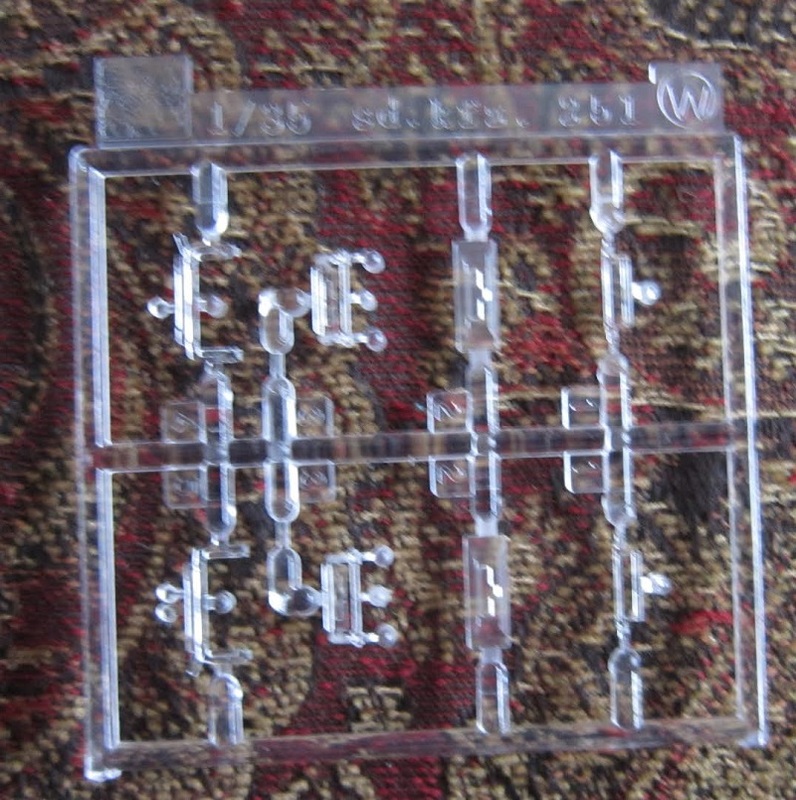 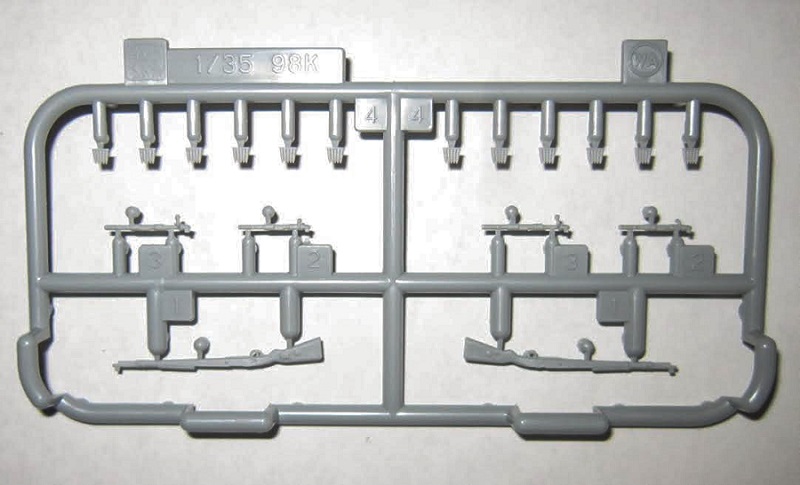 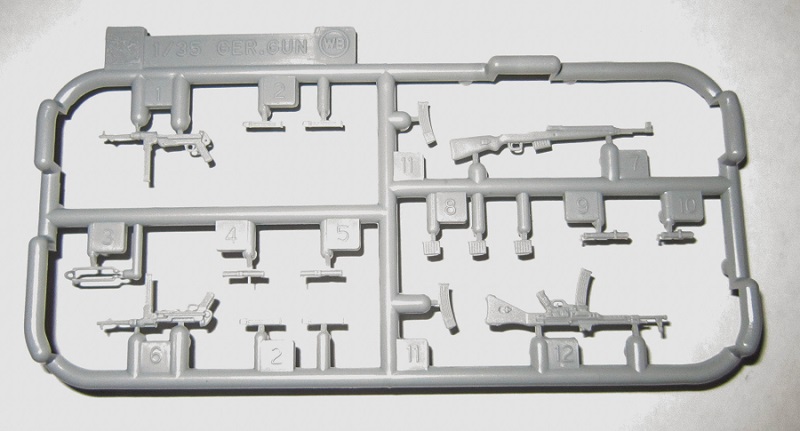 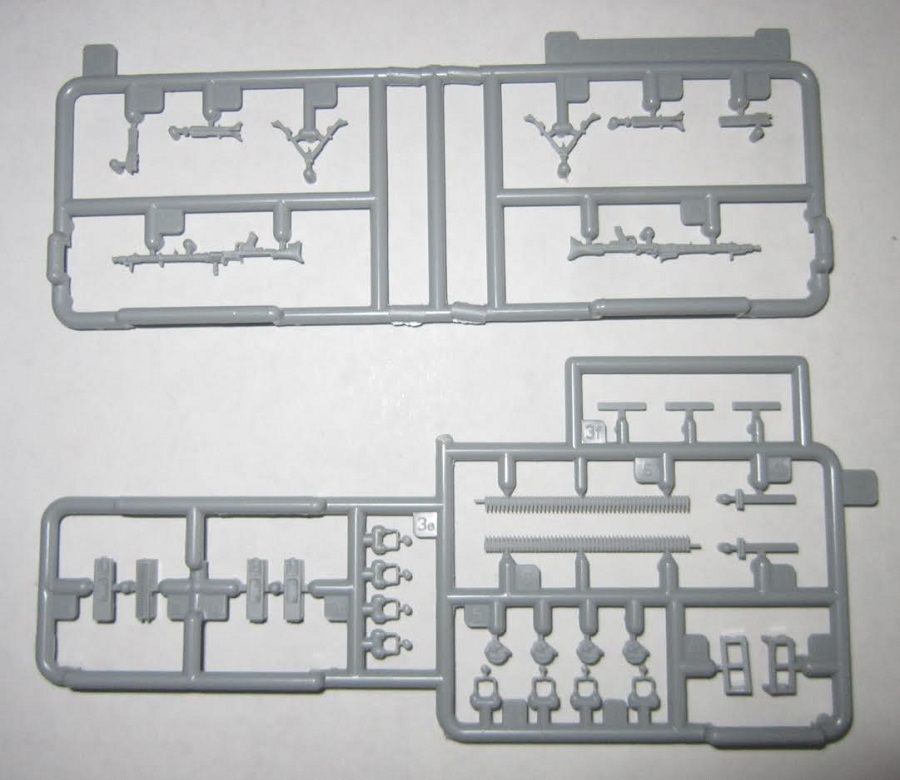 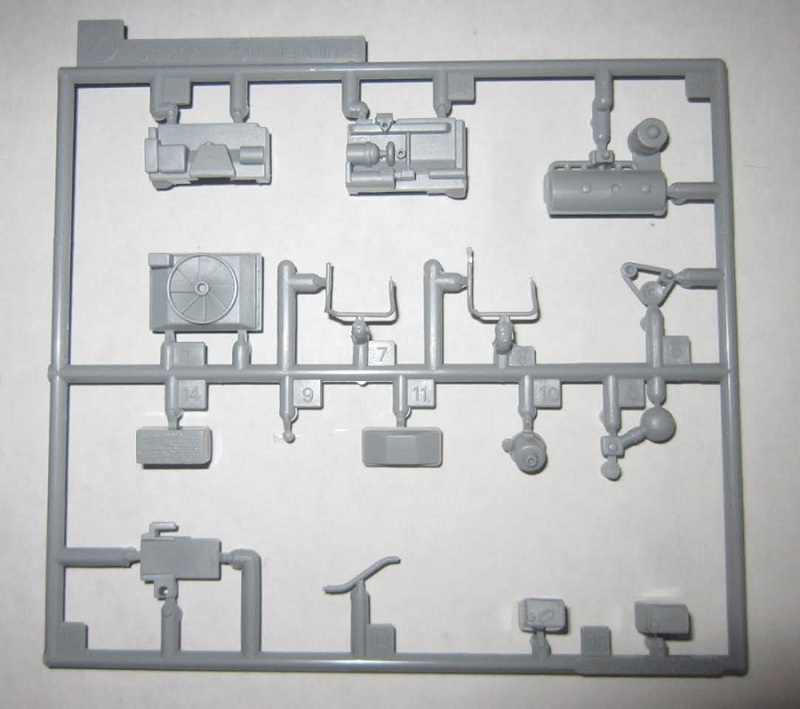 The kit decals for the options mentioned above. 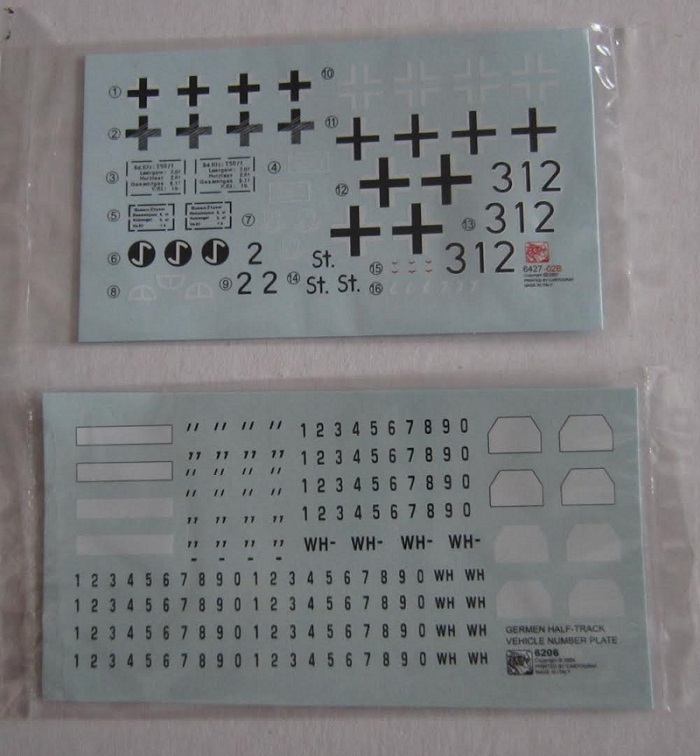 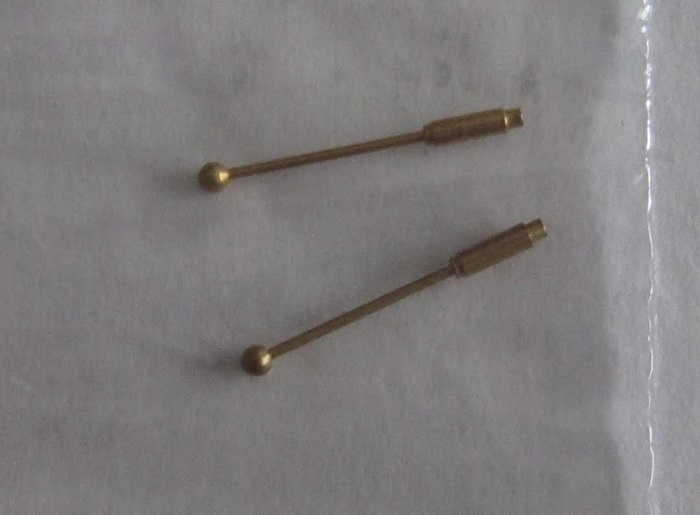 ​The box art is miss-leading as there is no commander figure included in the kit.

Other than a few minor clitches this is a very, very detailed kit. I highly recommend it.

I bought my kit at a shop in Valparaiso, IN that is both a hobby shop and a pet shop. They were very overstocked with model kits that were not moving for them and they marked many of them down for a 50% off sale, which I took advantage of when I visited my son and his kids there in town.