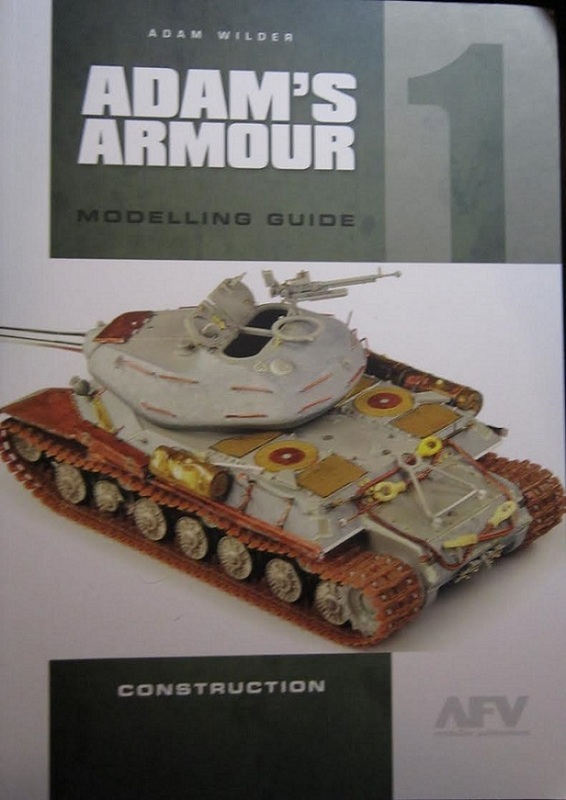 MSRP: $49.00
​AFV Productions is based in the UK. Their books are distributed by Casemate in Pennsylvania, who sent me this book and also Guide No. 2 in the two book series. They were in a wrap of clear bubble-pack inside a padded envelope.

It is loaded with 183 photos of models made up, 40 photos of actual tanks, 9 photos of the author and other individuals, 2 photos inside contest rooms and a whopping 417 photos of tools and modeling equipment being used.

The front cover has a color photo of a Soviet Object 701 No.5 prototype tank 1941 model.

On the back cover is the copyright date of 2015, AFV's street address in the UK, their web site address, telephone number, e-mail address and a mention that they are on Facebook.

Chapter 2 is a gallery of made up models. Most of these are paper-projects or one-off prototypes, with a couple of sci-fi ones thrown in too:

Chapter 4 is Working with resin parts

Chapter 5 is Removing segments of plastic from kits

Chapter 9 is Working with photo-etch & other metallic parts

This book and the 2nd volume of the two part series has got to be THE BOOKS to have for all AFV kit modelers. I am still drooling over my two copies. They are well worth the price.
I want to thank the folks at AFV Productions in the UK and the people at Casemate in Pennsylvania who sent me this review copy.