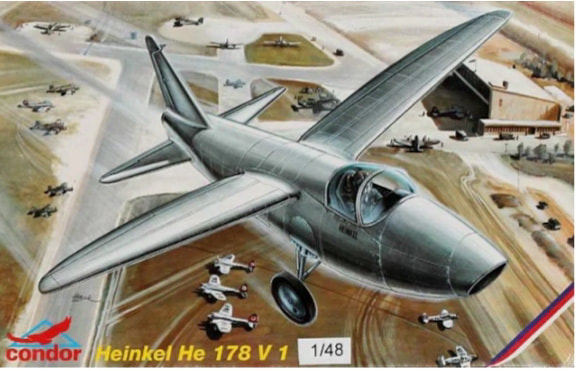 The events which led to the word's first flight by an aircraft powered solely by a turbojet began when Ernst Heinkel employed Dr. Hans J. Pabst von Ohain and his assistant Max Hahn in March 1936.

By September 1937, the first demonstration turbojet, the HE S1 (Heinkel Stahltriebwerk or jet engine No. 1) was bench-running.

Despite being fueled on hydrogen and possessing no throttle control, the unit was able to deliver 250 kg thrust. Following the success of the He S1, von Ohain began work on a more powerful unit, the He S3b, which ran on gasoline and was fitted with a proper throttle control.

Work also began on an air frame designed from the outset to utilize the power of one jet engine. The He-178 V1 was to have flush-riveted metal, monocoque fuselage, wooden wings and retractable undercarriage, but for all the tests with the He-178 V1 the undercarriage was fixed down and the wheel walls covered over.

Taxi trials with the prototype, fitted with an He S3b, began on August 24, 1939 and on August 27 the aircraft made its first genuine flight from Marienehe.

The He 178 V1 made then about twelve flights in all, these being carried out by Flugkapitan Erich Warsitz. The He 178 V1 was finally dispatched to the Berlin Air Museum where it was destroyed, along with the He 176 in a 1943 bombing raid.

Condor is shown on the box as being in Prague, Czech Republic back in the 90's. I looked on the net to see if they still exist and found a web site for them in Burr Ridge, IL.

The kit came in a shrink-wrapped end-opening type box. I am no fan of this type of box. because invariably parts of the decal sheet find their way past one of the end flaps to become lost forever. Give me a tray and lid type box any day of the week.

The box art shows the He-178 V1 flying over a large very busy German airfield. It is overall light-grey with some bare-metal panels and no markings.

One side panel has features of the kit, in Czech, English and German. Each labeled with the flag of those countries."The kit contains a complete plastic model, photo etched parts, decal sheet, three-language instruction sheet, does not contain paint or cement, intended for children from the age of 9 years, pleasant time with our models".

The other side panel has Condor's street address in Prague, Czech Republic.
The bottom of the box has 3 color walk-around type illustrations of the aircraft, say to paint it RLM 02 (grey).
​WHAT'S IN THE BOX:

The kit contains a single light-grey tree and a clear canopy in a sealed clear cello bag, a brass PE fret and black photo-negative in another taped-shut clear cello bag and the instructions.

The instructions consists of a single-sheet folded in the center to create 4 pages in 6" x 8 1/2" page format.

Page 1 has the history of the He-178 V1 in Czech, German and English, over MPM Ltd's stree address in Prague, Czech Republic. I don't know what their association was with Condor??

Page 3 is a top and side view of the aircraft in the cover art scheme.

Page 4 has general instructions in the 3 languages at the top. Kit is for modelers 10 and up. Paint and glue are not included. Kit is not suitable for children under 3 due to small parts, followed by decal application instructions over the parts trees illustrations and a color listing of Molak, Humbrol, Tamiya and Agama brands of hobby paints. Copyright of the kit is 1995.

The lone light-grey tree has no part number tabs next to the parts on it. It's layout is different from how it is pictured in the parts trees illustrations. 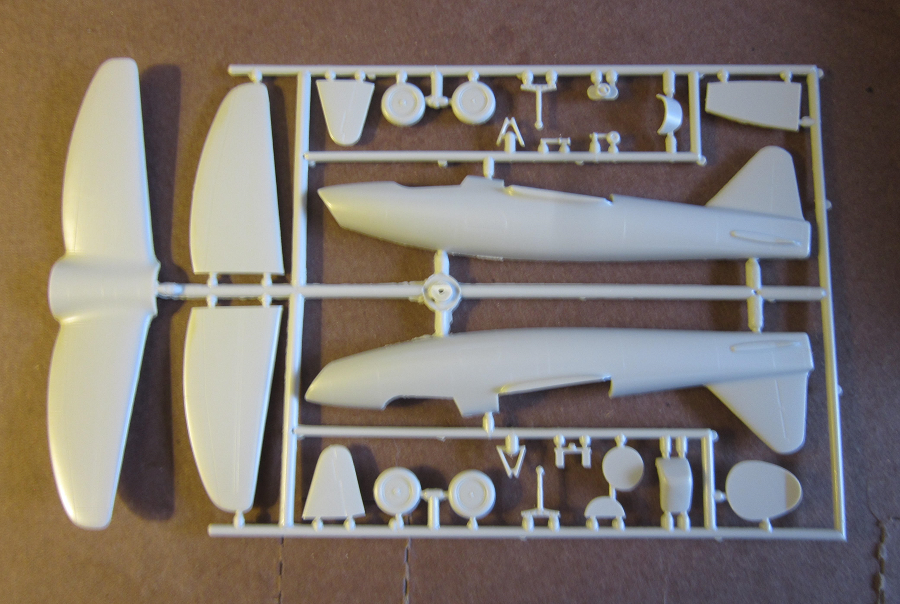 ​The clear canopy part is one piece. 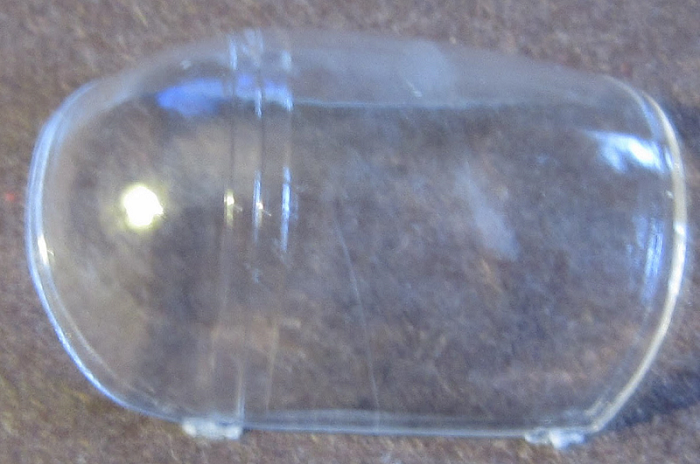 ​The brass PE fret holds: the dashboard face plate, seat belts, consoles etc. (17 parts) and the black photo negative are in a cello bag, with a still white card to protect the PE from bending. The negative holds the dashboard instrument faces. 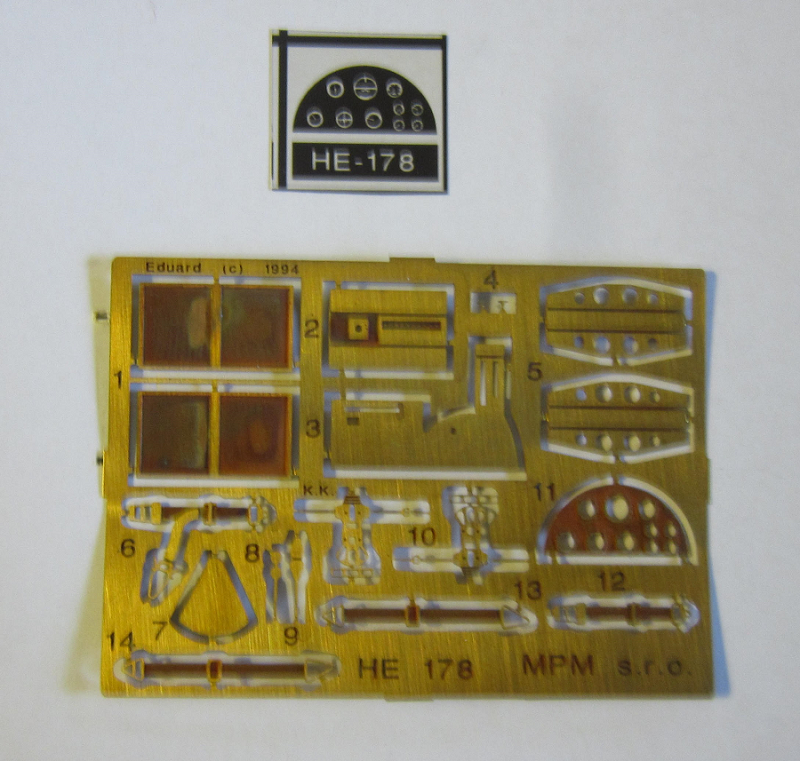 ​There is no pilot figure included. Kit has minimal engraved detail. Flaps are all molded solid.
Recommended.