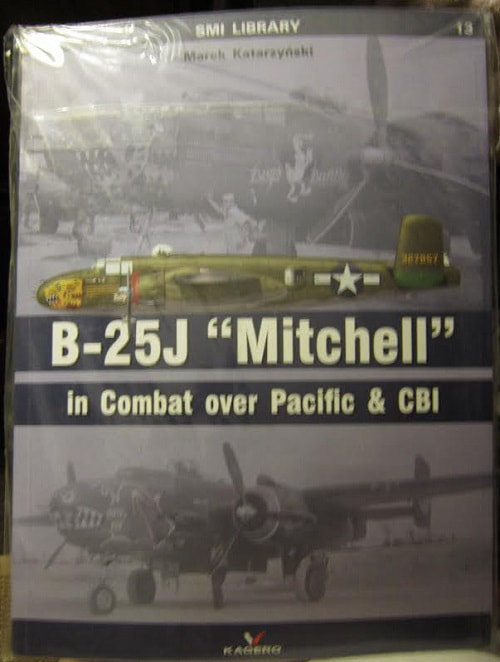 Kagero Publications is based in Lublin, Poland. They do their books in both English and Polish. This one has the pages split in two, with English on the left and Polish on the right and the captions in both languages. Unique! 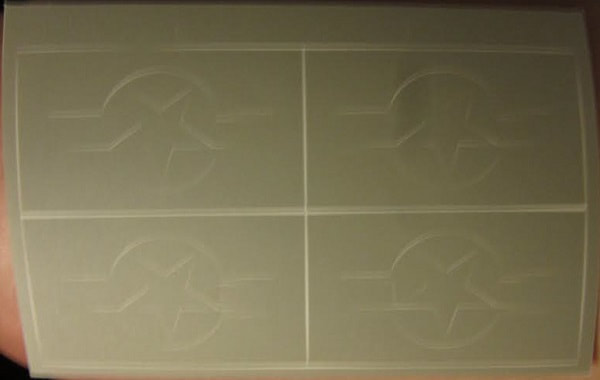 ​The cover art shows a B-25J in color. It is olive drab over a light-grey undercarraige. It has a tiger head on the nose with many bombing missioin marks and 2 ship kill marks, with "Bugs Bunny" and a illustration of him on the nose. There is a yellow serial no. 327957 on the rudder.

A black and white photo of the actual plane sitting on a runway is at the top of the cover.

A black and white photo at the bottom of the cover is of a B-25J with "Pretty Pat" and a shark-mouth on the nose.

2. "Little Miss Hell II", a 4-view with a blue bat's face on the nose, 39 mission marks. It is olive drab over grey undercarraige. It has a yellow 166 on the rudder over the "Air Apache" logo.

3. "Male Call", a 4-view. It is olive drab over a grey undercarraige. There is a illustration of a gal sitting atop Male Call and using the telephone and there are 55 combat mission marks on the nose, a yellow tipped rudder over a blue shield with a cross that has double horizontal arms over "Crusaders".

4. "My Duck", a 4-view. It is olive drab with a grey undercarraige with a nude on the nose with 65 yellow combat mission marks, black serial no. 429509 on white bottom of the rudder beneath a squadron logo of a figure riding a bomb.

It was with the 17th TRS (Tactical Recconnaisance Squadron), 71st Group, Lingayen, 1945.

It was with the 18th Squadron, NEI, Batchelor, North Australia 1945.

6. "Ruff' N Reddy" a 3-view. It is overall bare metal, with a female figure above the Ruff' N Reddy on the nose. It has a black horizontal stripe on the rudder, above a black serial no. 328150.

7. "Oh Dee Whizz" a 3-view. It is olive drab over grey undercarraige. It has a female on the nose with the wind blowing her skirt up.

8. "Sleep time Gal" a 4-view. It is overall bare metal with a female in a bathing suit on the nose and 50 bombing mission marks. There are 2 horizontal black stripes on the rudder over black serial no. 264934.

This is one neat book on the B-24J. It will be of great interest to modelers with all those schemes that are shown and to aircraft historians as well.

All Kagero titles can be seen on Casemate's site at:
www.casematepublishing.com