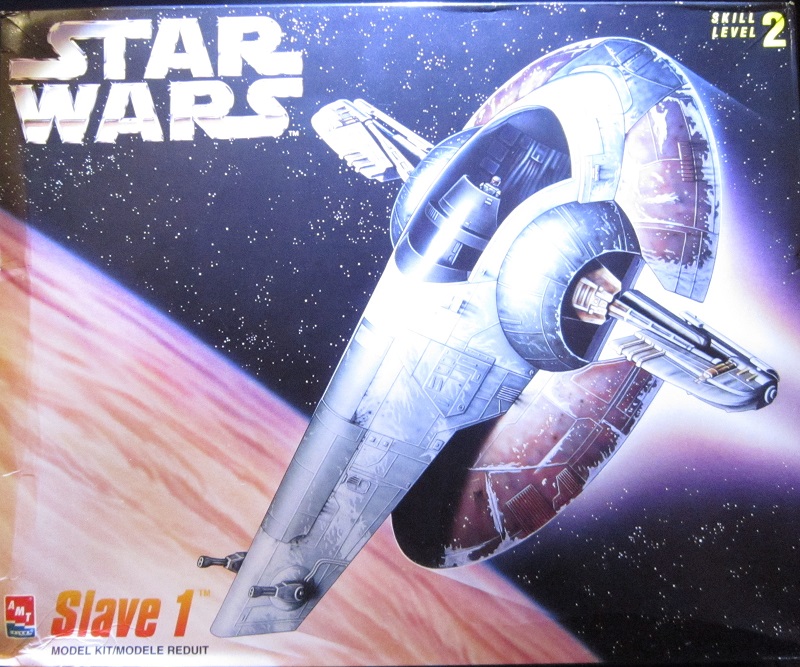 In Box Review of AMT/Ertl


AMT/Ertl was a model company based in Dyersville IA. Ertl has produced die cast and plastic farm toys there for years. AMT is no longer with them and the company has been sold a few times. All the plastic model kits I used to get at their factory discount store there are all gone. They even used to sell Esci brand kits from Italy under their label. I bought a lot of AFV and aircraft kits when the they had them by Esci.

This kit is now out of production and only found very few places for sale on the net.

This model is of the Slave 1, which was Boba Fett’s space ship from the Star Wars movies. He was a mercenary/bounty hunter that worked for Darth Vader. I’m sure most of you readers have seen and enjoyed the Star Wars trilogy.

The kit comes in a shrink-wrapped tray and lid type box. The box art shows the Slave 1 above a cloud covered planet.

One side panel says that the kit has all the parts necessary to build Slave 1, that it measures over 10” when completed (however no scale is mentioned), and paint and cement are not included. This is said in English, Swedish, French, Danish, Italian, Spanish, Portuguese, German, Dutch and Greek all marked with the flags of the countries speaking these languages.


Next to them is the copyright date of 1995 and Lucasfilm’s authorization to make the kit (they produced the movies). Ertl’s street address is shown with MADE IN USA below it. However, a white sticker has been placed over this saying MADE IN MEXICO.

The other side panel says the kit is a skill level of 2, followed by Ertl’s commitment to quality and gaurantee and a phone number to call with any problems with the kit. Below these are 4 color walk-around photos of the kit made up.

The kit contains 2 sealed cello bags that hold 43 light gray styrene parts, a loose clear tree with 4 parts on it. (the cockpit canopy has some nasty scratches on it. I hope I can fix them with a coat of Future.)

The instructions and a yellow card to subscribe to the BLUEPRINTER newsletter complete the kit’s contents. There is no decal sheet included.

The instructions consist of a large sheet that is accordion folded into 6 pages in 17 ½” x 7 ½” page format, which is again folded three times along its length to fit the box.

Page 1 of the instructions begins with a mention again of the 1995 copyright date and Lucasfilm’s authorization, followed by a black and white repeat of the box art, important general instructions in 5 languages including English, international assembly symbol explanations  and decal application instructions in the 5 languages. This last thing is strange, as there are NO decals in the kit.

Page 2 to the top of page 6 give a grand total of 14 assembly steps. Colors to use on the pieces are called out in each step.

There is base to set the model on that is the 14th step. 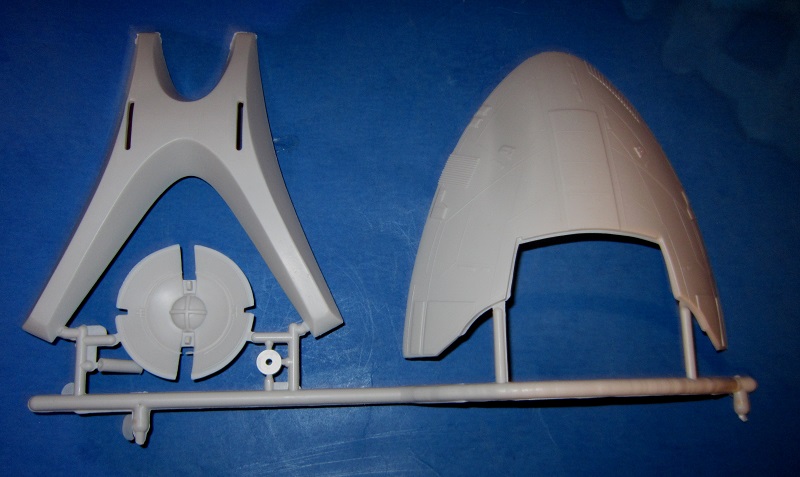 There are no parts trees drawings in the kit, but the smaller parts only are numbered on the trees. The larger parts are not. So, some searching may be have to be done to get the right parts. By and large they are pretty obvious though. A few of the smaller parts have broken off the trees due to friction against the other trees.

The twin ray guns can be assembled so that they rotate.


Because of the rather odd parts in this kit I am going to beg off identifying what the heck they are. I leave that to you readers to look at the photos of the trees. 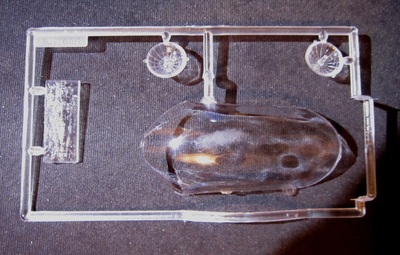 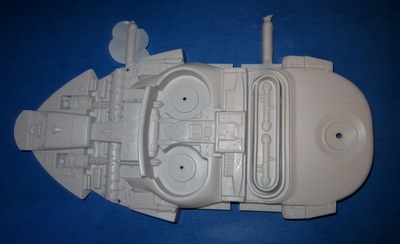 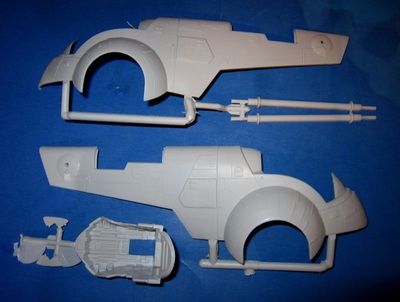 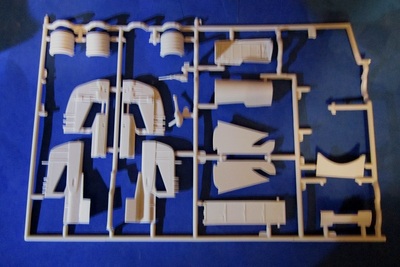 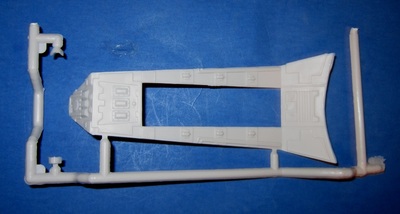 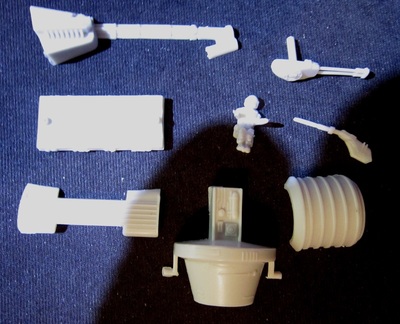 I highly recommend this kit to fans of the Star Wars movies and sci-fi modelers.