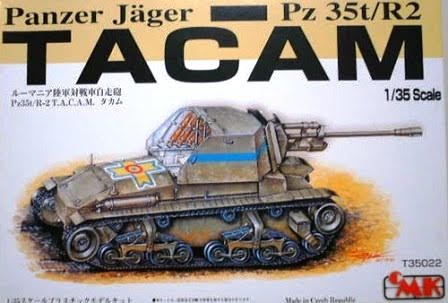 In October 1934 the Czech Army placed an order for two prototypes of a medium tank called the S-11-a (or T-11) which were completed in the following year. Army trials with these vehicles started in June 1935 and soon uncovered many, many faults as a result of the tank's rushed development. Without waiting for these faults to be corrected an order was placed for a first batch of 160 vehicles in October 1935, and the first five of these were delivered in the following year. So many faults were found with these vehicles that these were returned to Skoda for modifications. A further batch of 138 was ordered for the Czech Army, which called it the LT vz 35, while Romania ordered 126 under the designation R-2. Gradually most of the faults were overcome and the vehicle gained a good reputation.

The Germans took over the remaining vehicles, after Czechoslovakia

surrendered to them, under the designation Panzerkampfwagen (PzKpw.)

Skoda Works. Such was the shortage of tanks in the German Army at that time

that the 6th Panzer Division was equipped with the Pzkpw. 35(t) in time to take

part in the invasion of France in 1940. These continued in service until 1942

armored vehicles and artillery prime movers before WWII, with sales

to his right. The commander/gunner and loader/radio operator were seated

in the two-man turret in the center of the hull.

carried. The engine and transmission were at the rear of the hull. The

transmission had one reverse and six forward gears. The suspension on

drive sprockets at the rear, and the idler wheels at the front. There were four

assisted by compressed air to reduce driver fatigue, so enabling the tank to

travel long distances at high speed. Problems were encountered with these

Front because of the very low temperatures encountered there.

In mid 1943, a team directed by Lt.Col. Constantin Ghiulai designed a

self-propelled anti-tank gun for the Romanian Army. It was designated

"T.A.C.A.M. Skoda R-2". A prototype was developed from July to September of

Due to technical difficulties, only a small series of 20 production...and one

prototype were produced at Leonida & Company Factory in Bucharest. It was

rear. The superstructure was mounted in the frontal part of the hull (in place

of the turret on a pure LT vz 35 tank), while other components and

characteristics remained unchanged. Only 30 rounds were carried, with a

number of machine-guns for local defense by the three man crew.

The vehicle weighed 11,500 kg, had a range of 190 km (on roads) and maximum speed of 34 km/h. Due to the difficulties with 76.2 mm ammo, the Romanians produced their own ammo called "Constantinescu" and used the gun sight LO.R. This ammo was effective against Soviet t-34/85 tanks at ranges up to 600 meters. Overall design of the T.A.C.A.M. was similar to that of the German MARDER series with it's high profile and light crew protection. have been unable to find out what T.A.C.A.M. stands for.

The kit comes in a large, tray and lid type box, which is  much too big a box.

There is a huge letter "L" void around the kit's contents. Baumann is the

importer for CMK kits in Japan, where I got this kit from. So, it may have

been Baumann that put this into the large blousy box. It sure could have

There are five trees of parts, molded in different shades of light gray styrene.

European made tank kits that I have.

A small fret of brass PE parts, decals, and the instructions completes the

contents of this blousy box. Everything is packaged into one cello bag. 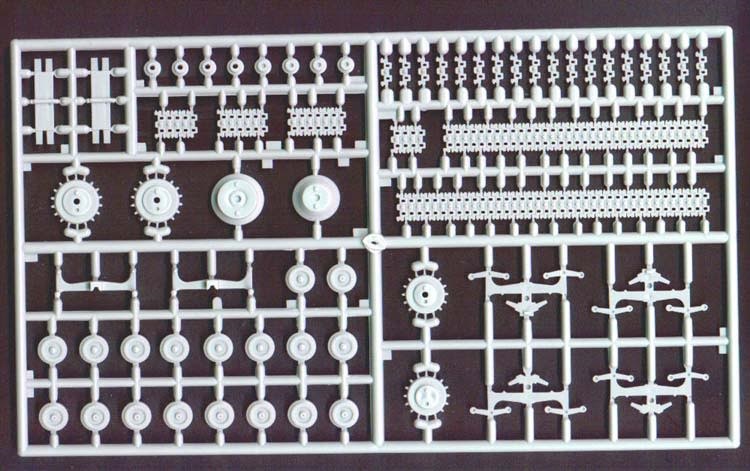 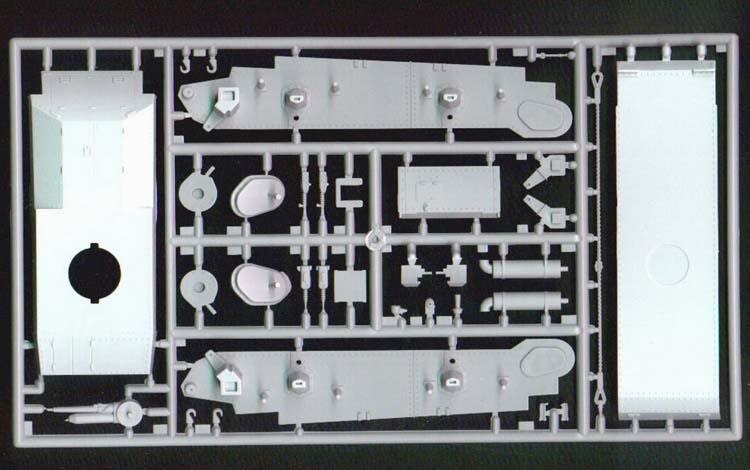 probably common to his kit and to CMK's earlier kit of a pure PzKpw.

from this sprue at the factory per the parts tree drawings. 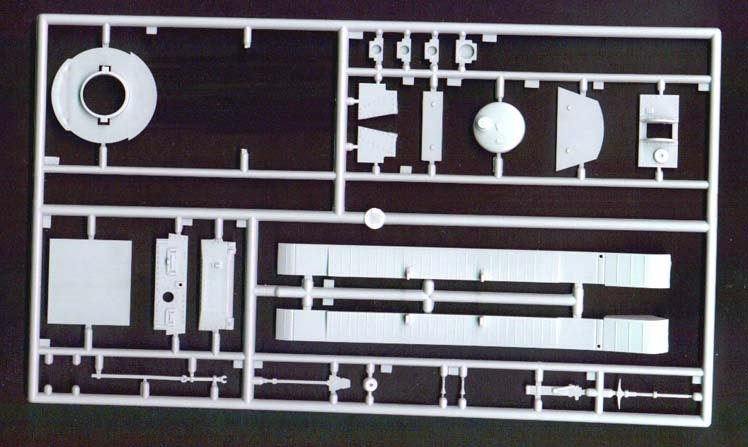 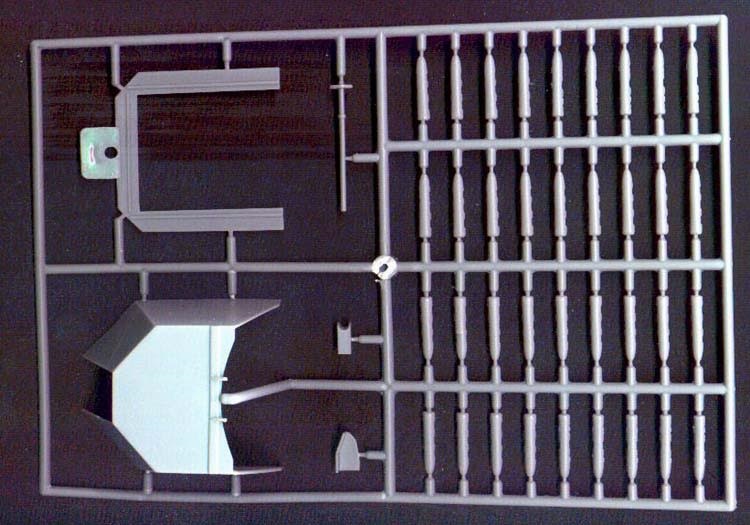 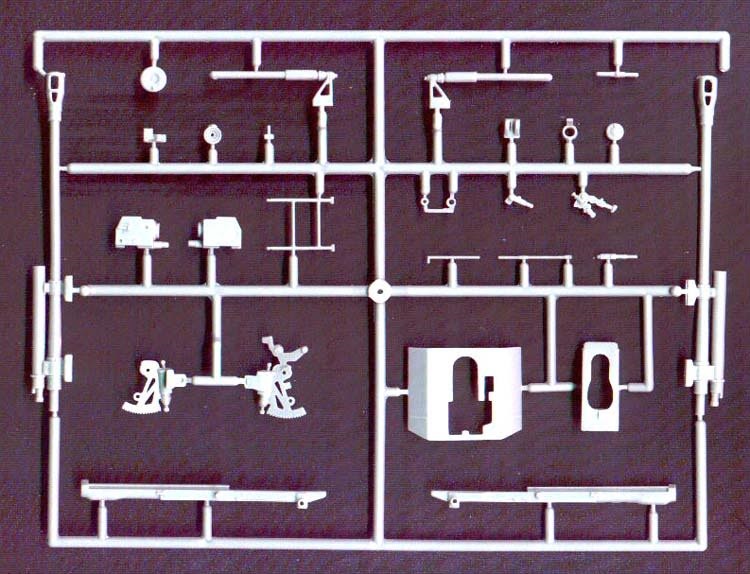 There are 13 parts on the small fret of brass P.E. parts. Some are grab

handles and shield bracing. I cannot, readily, identify what the remaining ones 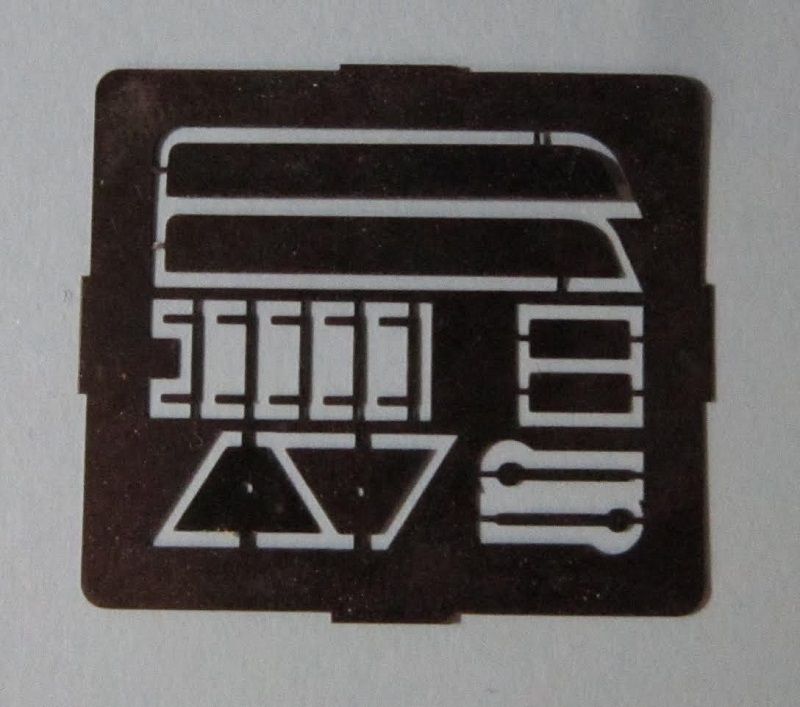 I purchased a set of VLS German radios, that I think will pass for Romanian

ones to put inside my TACAM. I also will add a set of my companies white

metal ammo (Armor Research Co.) and a set of my brass PE straps and

The decals that are included in the kit. 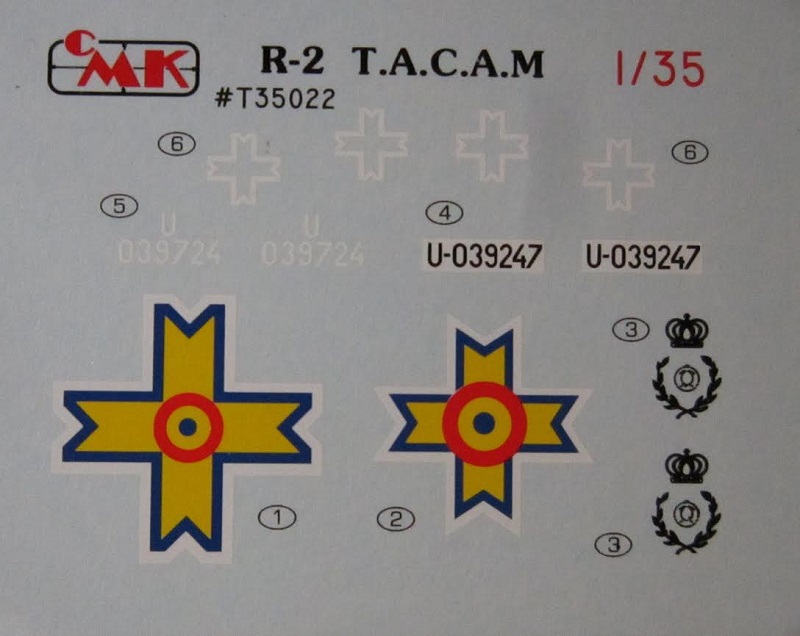 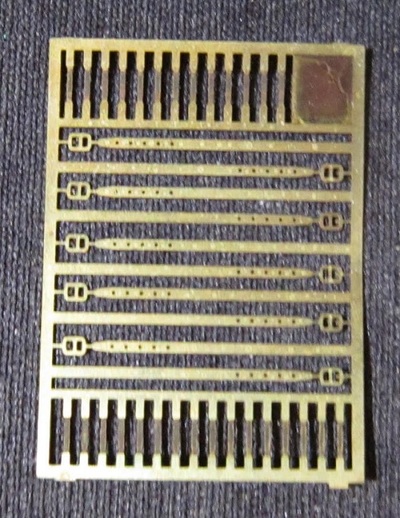 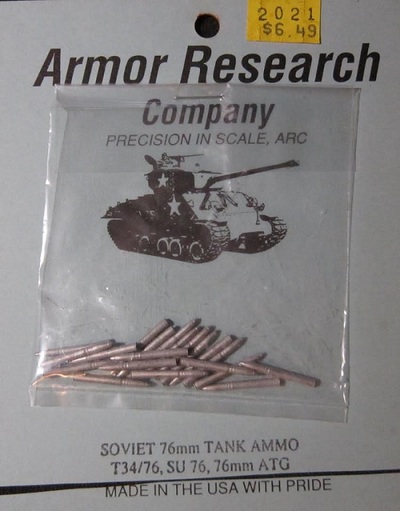 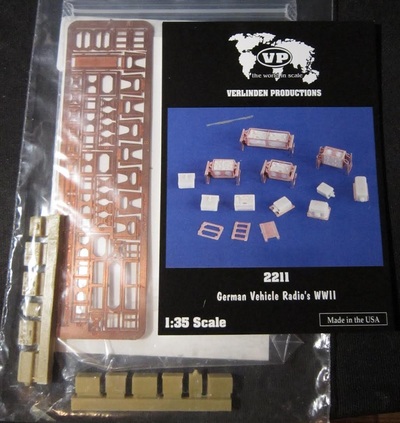 The small instruction sheet is three sheets, folded and inserted into each

other, without staples, to form 12 total pages.Page one gives us the vehicle's

Pages three through the top of page 10 gives us 31 assembly steps. In several

steps some surgery to parts will have to be done, as this kit shares common

parts with the turreted version of this vehicle.

The bottom of pages 10 through 12 give us two marking and painting options.

Both are for Romanian vehicles in 1943 and 44. The most colorful one is

the one featured on the box lid painting.

If you like open-topped, self-propelled artillery tanks as much as I do, then this

kit is for you. Highly recommended. I want to thank my net buddy, Mitsu, in Tokyo Japan

for sending me this kit.