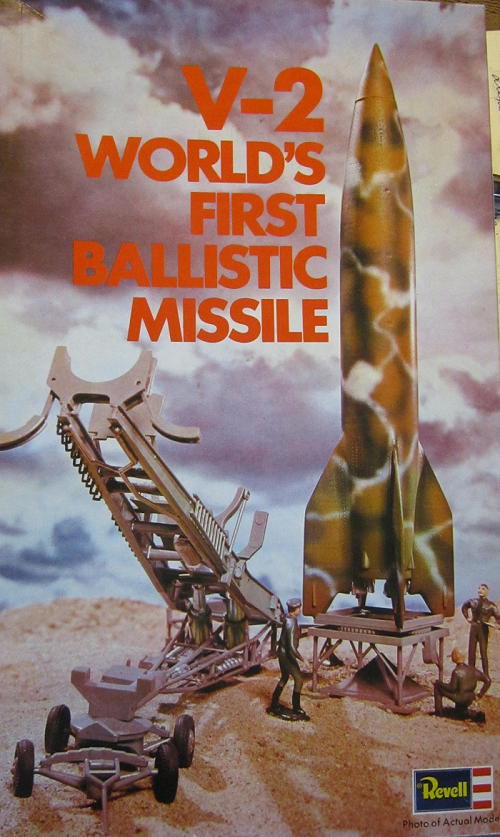 The missile, powered by a liquid-propellant rocket engine, was developed during the Second World War in Germany as a "vengeance weapon", assigned to attack Allied cities as retaliation for the Allied bombings against German cities.

The V-2 rocket also became the first man-made object to travel into space by crossing the Kármán line with the vertical launch of MW 18014 on 20 June 1944.

Research into military use of long range rockets began when the studies of graduate student Wernher von Braun attracted the attention of the German Army.

A series of prototypes culminated in the A-4, which went to war as the V-2. Beginning in September 1944, over 3,000 V-2's were launched by the German Wehrmacht against Allied targets, first London and later Antwerp and Liège.

According to a 2011 BBC documentary, the attacks from V-2's resulted in the deaths of an estimated 9,000 civilians and military personnel, and a further 12,000 forced laborers and concentration camp prisoners died as a result of their forced participation in the production of the weapons.

As Germany collapsed, teams from the Allied forces—the United States, the United Kingdom, and the Soviet Union—raced to capture key German manufacturing sites and technology.

Wernher von Braun and over 100 key V-2 personnel surrendered to the Americans. Eventually, many of the original V-2 team ended up working at the Redstone Arsenal.

The US also captured enough V-2 hardware to build approximately 80 of the missiles. The Soviets gained possession of the V-2 manufacturing facilities after the war, re-established V-2 production, and moved it to the Soviet Union.

Revell is an old prolific model company that at the time of this kit's release was based in Venice, CA. They manufacture all manner of model subjects in the popular scales.

The box art has a color photo of the missile, it's trailer and the crew figures made up.

The missile is in a wave pattern of green, brown and light grey. The trailer is overall medium-grey. The figures wear field-grey uniforms.

​The other side panel has a color cut away illustration of the missile showing its interior: the nose cone warhead, oxygen tank, guidance system, alcohol tank, fuel pump, fuel line, directional vanes and combustion chamber.
​Next is a color illustration of the rotating tower base pad and the 3 technician figures.

Most of what's in the box has come loose from the trees and some assembly has been done to the oxygen and alcohol tanks.

There are partial medium-grey trees. Four of them. 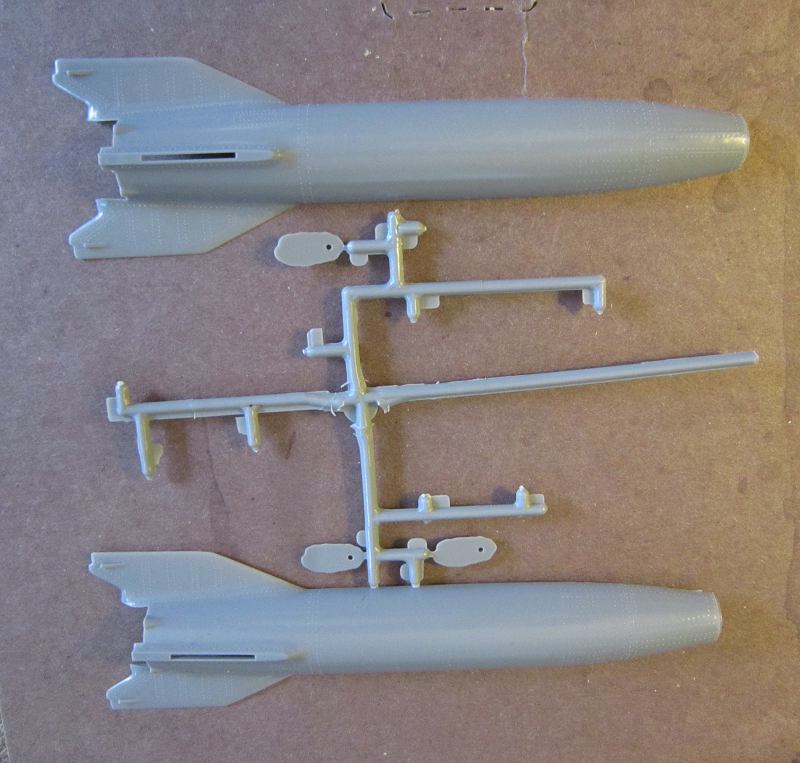 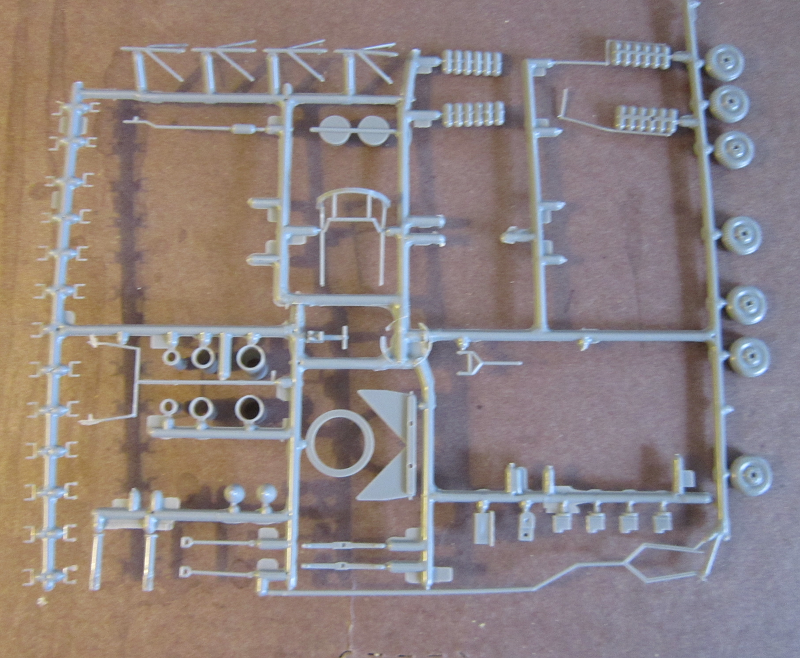 The figures have poor anatomy. They look thin and unfed. 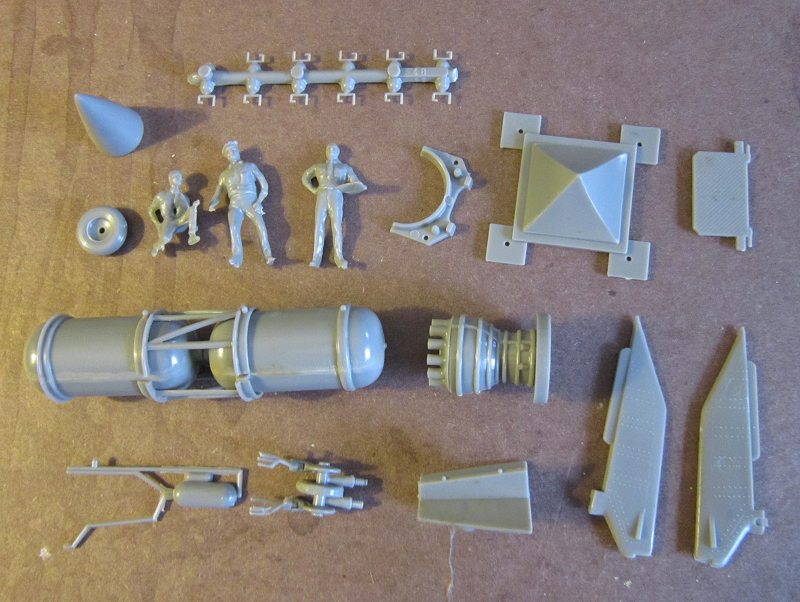 ​This model is almost 50 years old and has great detail for a model of this age.
​Recommended.