The basic research on the world's first jet powered high speed reconnaissance aircraft started in in Arado Flugzeugwerke GmbHin 1940. The first prototypes were designed to be mounted on a tricycle dolly for take off and use the skids for landing.

The Luftwaffe needed a high speed bomber out of the AR234 as well as a reconnaissance plane. As this design was not suitable for a bomber and requiring store space under the fuselage, it was changed to normal retractable landing gear layout for the production models.

The first production model B-2, powered by a pair of Jumo 004B engines was delivered to III/KG76 from summer of 1944 and extensively used against the Allied ground troops until March of the next year.

The second production model was the C-3 four-engine bomber carrying a pair of BMW 003A engines combined in a cleanly designed pod under each wing in place of a single Jumo 004B engine of the B-2.

The nose section was redesigned to accommodate a pressurized cabin and a pair of 20 mm cannons. The C-3 achieved a much improved maximum speed and was planned to be the main production model, but it was too late and only some 20 aircraft were built.

The C-3 was powerful enough to be a mother aircraft to carry and launch heavy weapons, and there were some planes to combine it with the FI103 (v-1) flying bomb on it's back with hydraulically operated arms, and the Arado E-381 manned rocket fighter to be carried under the fuselage.

This kit was imported and distributed by Marco Polo Import Inc. in City of Industry, CA.

It came in a shrink-wrapped tray and lid type box.

The box art shows two AR-234C-3's flying above the clouds and being escorted by two Focke Wulf TA-183 "Huckebein's" (Raven). The TA-183 was only a prototype that never got beyond wind models.

The AR-234C-4's are carrying a V-1 each on a trapeze on their backs. One of them is launching the V-1. Both are in a wave pattern of 2 shades of green with white squiggle lines over a light blue under-carriage. Fuselage codes on them are obscured by their wings.

The nearest TA-183 is in a mottle of green over a base of gray with a light-blue under-carriage. It has a yellow nose with a black 8 behind it and a black and white fuselage band. The second one is banking away and just showing it's light-blue under carriage and yellow nose.

On side panel has 3 color walk-around type photos of the model made up. The first photo shows it in the box art scheme with black fuselage code small A1 + large AS. It has it's V-1 down.

The second photo show it with the V-1 extended.

The third photo shows the V-1 on top of the extended arms, followed by Marco Polo's street address in City of Industry, CA and their FAX number, copyright date 1993 and MADE IN HONG KONG.

​The other side panel has one-paragraph history of the AR-234C-3 in 6 languages, including English, marked with color illustrations of the flags of the countries that speak these languages - Japanese, French, English, Italian, German and Chinese, followed by Marco Polo's address and FAX number and MADE IN HONG KONG again.
​WHAT'S IN THE BOX:

Trees are alphabetized and illustrated in the instructions and have part number tabs next to the parts on the trees.

Page 1 has a black and white repeat of the box art, over the history of the AR-234C-3 in the 6 languages.

Page 2 begins with CAUTIONS about the kit, international assembly symbol explanations and a color listing in the 6 languages, over a black and white photo of the model made up in the box art scheme or it can have the fuselage code G1 + DS with small black 140 large 512 on the rudder.

Page 7 has a 4-view of the box art scheme that further shows serial number in black of small 140 large 004 on it's rudder and a 2-view of the V-1 (already described above).

Page 8 is the parts trees illustrations and decal placing instructions.

Light-gray letter A tree holds: fuselage, elevators, wheels, foot pedals, consoles, landing-gear legs, seat etc. (52 parts) Four parts are blued-out in the instructions as being excess and not needed to complete the model. 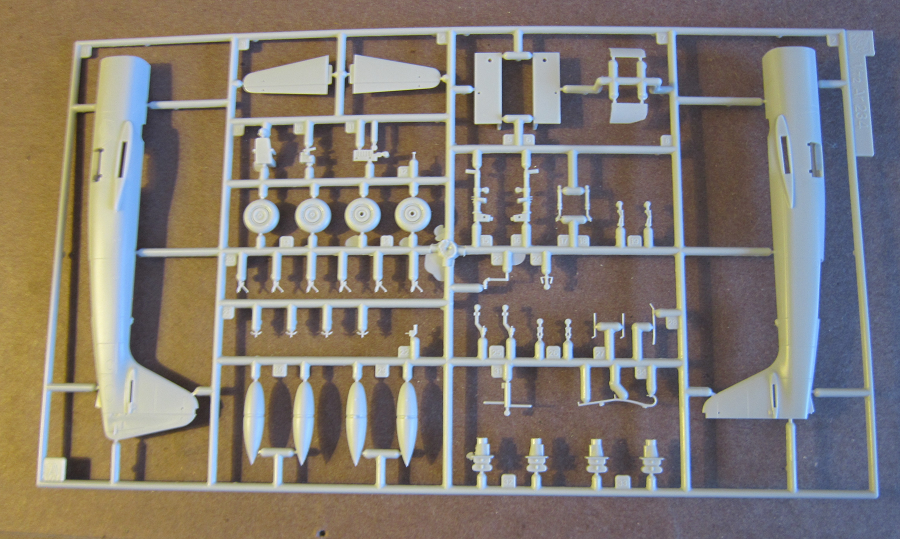 ​There is no letter B tree. 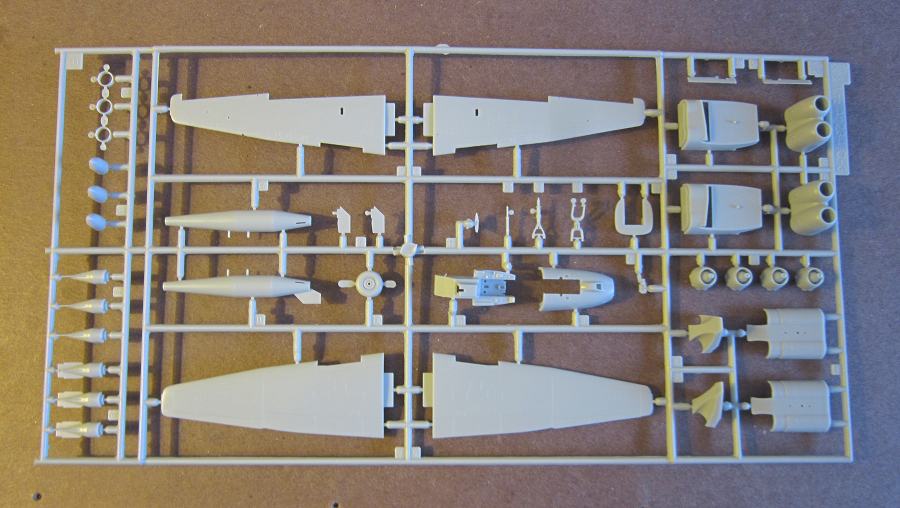 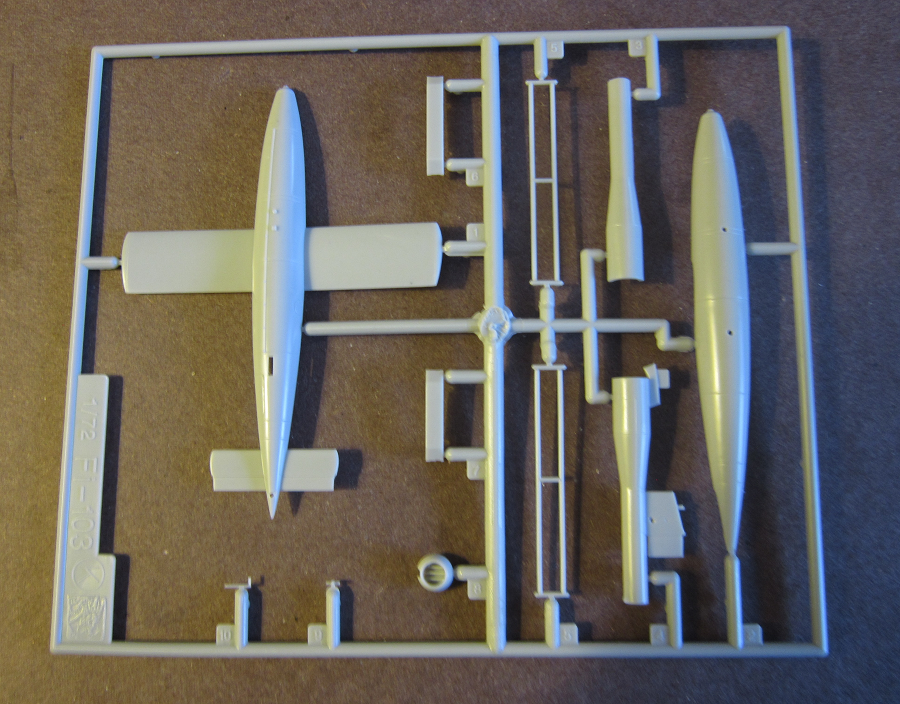 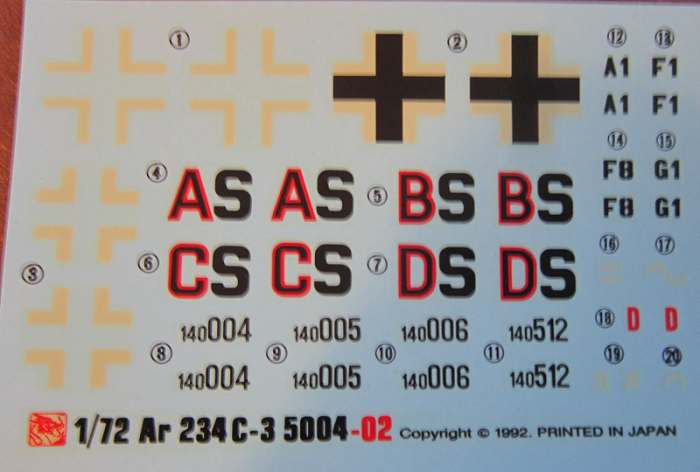 ​Model has nice engraved detail. No pilot figure is included and flaps are all molded solid.
​Highly recommended.